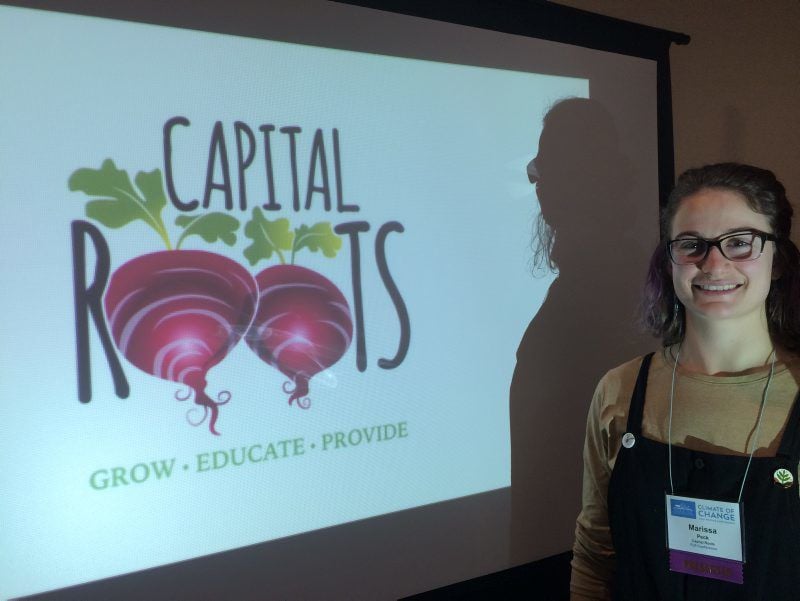 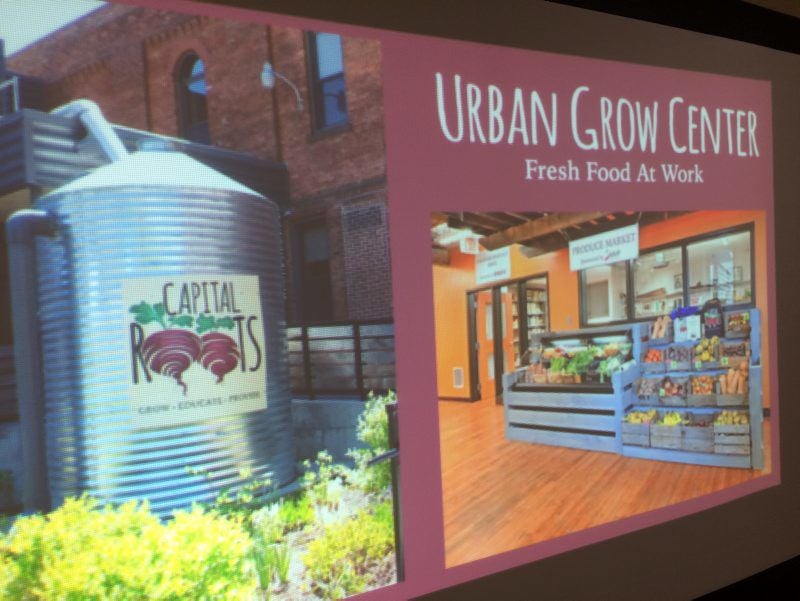 A spring groundbreaking is anticipated for a more than $7 million, phase two expansion of the non-profit organization’s Urban Grow Center, which serves a four-county area in upstate New York’s Capital Region.

Based in Troy, Capital Roots’ mission is providing fresh, affordable, healthy food to lower-income, inner-city residents who might not have access to it otherwise.

“We’re pushing as much local food as we can through our channels,” said Marissa Peck, Capital Roots food assessment coordinator. “Most of the farms we buy from are using sustainable or organic methods, but aren’t necessarily certified.”

She discussed the organization’s work, history and goals at the Northeast Organic Farming Association-New York winter conference in Saratoga Springs. It was one of dozens of workshops and classes offered during the Jan. 18-20 event. More than 1,000 people were on hand primarily from New York, New England and eastern Canada, but as far away as Nebraska, too.

From one urban garden, it has grown to 55 community gardens that feed 4,000 families in Albany, Rensselaer, Schenectady and southern Saratoga counties.

In 2014, the organization changed its named to Capital Roots upon moving into its new Urban Grow Center, housed in an old factory building. The organization’s headquarters and regional food hub are located there.

The project, scheduled for completion in 2020, will encompass much of the surrounding site.

Several residential properties have been developed nearby since the Urban Grow Center opened.

“We have hundreds of new neighbors on a city block that was vacant when we first moved there,” Peck said.

This provides an opportunity to serve more people, and a customer base that will hopefully buy fresh food at the center’s market.

The new commercial kitchen will provide a one-stop opportunity for small food-related businesses that don’t have such facilities of their own.

“They’ll be able to source their ingredients through our food hub and sell to our customers,” Peck said.

Greenhouses are being funded by grants from Empire State Development and the New York State Energy Research and Development Authority. Two will be used for raising hydroponic crops such as lettuce and cucumbers.

Other buildings are also paid for with fundraising and private donations.

Peck shared results of a survey that says lack of money and transportation are the two biggest limiting factors to obtaining fresh, local food.

Capital Roots strives to overcome this with a variety of outreach programs that bring food to where people are, instead of making them have to travel to find it.

For example, a first-in-the-nation Veggie Mobile, stocked with fresh goods, makes 37 weekly stops throughout the region.

Similarly, Squash Hunger is a gleaning and food recovery program that takes donations from farms, farmers markets and distributors, and gives it to soup kitchens, shelters and food pantries in the area.

At a market in rural upstate Washington County, most vendors come from within a roughly 35-mile radius and their expenses average $159.

On the far opposite end of the spectrum, many farmers at the Union Square Market in Manhattan drive several hours to get there and expenses for gas, tolls, vendor fees and staffing come to $1,644. Staffing alone is about $1,100 because of the time involved driving to and from New York.

Also, the minimum wage is $15 per hour in the city.

“This doesn’t mean you should stop going to farmers markets in New York,” Peck said.

But all growers should take time to analyze their business practices in an attempt to maximize profits, which helps ensure that people everywhere will always have a sustainable source of fresh, local food, she said.