MCVEYTOWN, Pa. — Lexie Casner is a 4-H champion who broke her own record at this year’s Mifflin County Youth Fair.

In 2021, Lexie set the record for winning overall showman in three species categories. This year, she won in five.

Lexie topped off the fair when she was named Mifflin County Youth fair queen.

“This is her sport,” said Lexie’s mom, Betsy Casner, “This is what she lives to do.”

Lexie, 17, is a senior at Mifflin County High School and has been with 4-H since the age of 8. 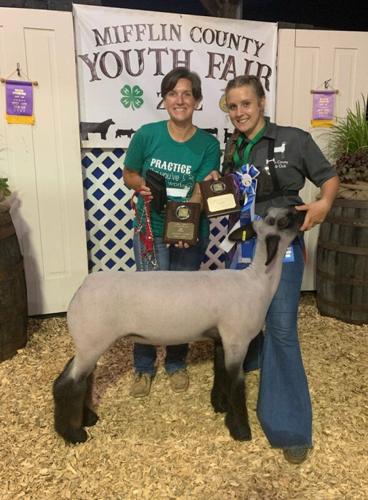 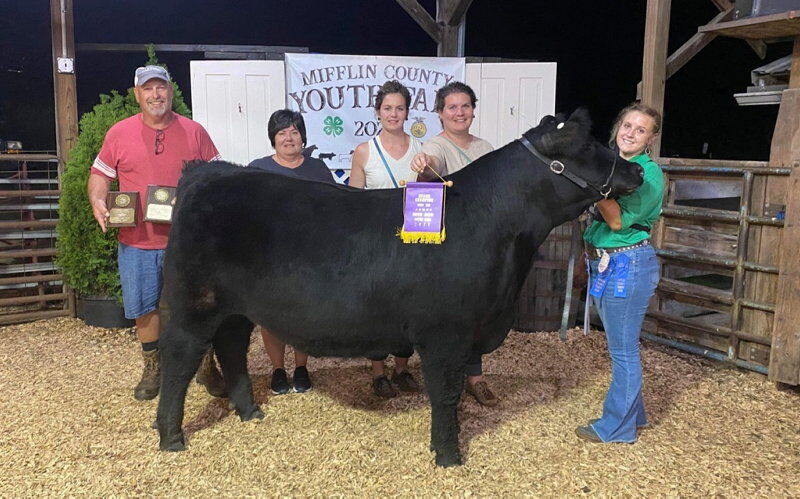 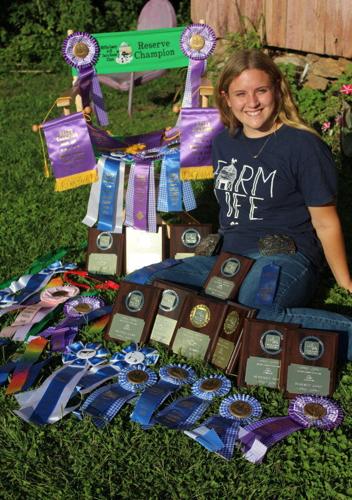 Lexie Casner, 17, poses with her most recent 4-H ribbons and awards. 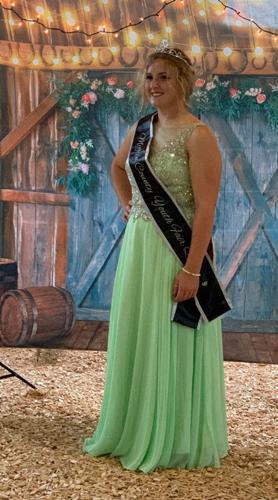 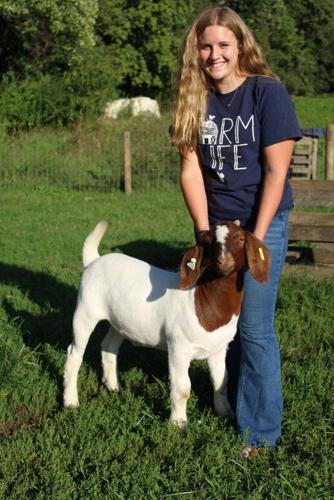 Casner poses with her goat, Colby, at her home.

“I started with the dog club,” she said and talked about how she moved on to market animals. In 2016 she was the dairy feeder grand champion. She had a goat she showed for a while, but then gave up showing goats temporarily.

It was her steer in 2020 that ignited a new passion. The judge at the fair gave Lexie contact info with a beef farm in Cassville. It was there that she was asked to show heifers at Jackpot shows. In 2021 and 2022, Lexie traveled to Jackpot shows in Virginia and Pennsylvania.

But Lexie’s road to success has not always been easy.

Negative comments and feedback during her performances and a long list of livestock sicknesses and setbacks only strengthened her.

“The success she has had was not given to her. She worked hard. She worked several hours a day and it paid off for her,” said Betsy.

This year, the day after tag-ins, the family came home to find Lexie’s goat, Jack, stuck in a hay feeder. He did not survive. Lexie’s dairy feeder, Blu, had an elbow injury and was put on pen rest for two months. The vet indicated that the animal might not survive. Blu did survive, however.

A pig belonging to her brother had pneumonia, and did not make it to fair despite surviving the virus.

Lexie finds a way to look past the hard times and focus on the positives. She names all of her animals after various cheeses, just for fun. Her goats were Colby and Jack. Her steer was Cooper. Her hog’s name was Gouda, her dairy feeder’s name was Blu and her lamb was Muenster.

It’s the beef, not the cheese, that motivates her the most.

The beef cattle are her passion, by far.

“They are so big and they just get a bad rap,” Lexie said. “ They have a lot of personality to them. People think they’re mean. But if you treat them right, they’ll give you some respect.”

Her mom noted that Lexie’s love for livestock and 4-H is relentless.

“She has integrity, work ethic and love. And her love is evident, because I have animal hair in my room she wants me to save so she can make bracelets,” Betsy said.

Lexie has been the Big Valley FFA vice president for the past two years. She also received a youth loan from the USDA out of Mifflintown.

Looking ahead, Lexie wants to apply to Delaware Valley University and major in animal science and agriculture education. Her dream is to be a judge in future fairs.

Starting in New Jersey and now operating in New York, this family has been dairy farming for two centuries.

Dairy showmen at the Maryland State Fair share their words of wisdom from years of showing.

The Stiver sister had a banner year showing a variety of animals at the Wayne County Fair in Palmyra, New York, this year.