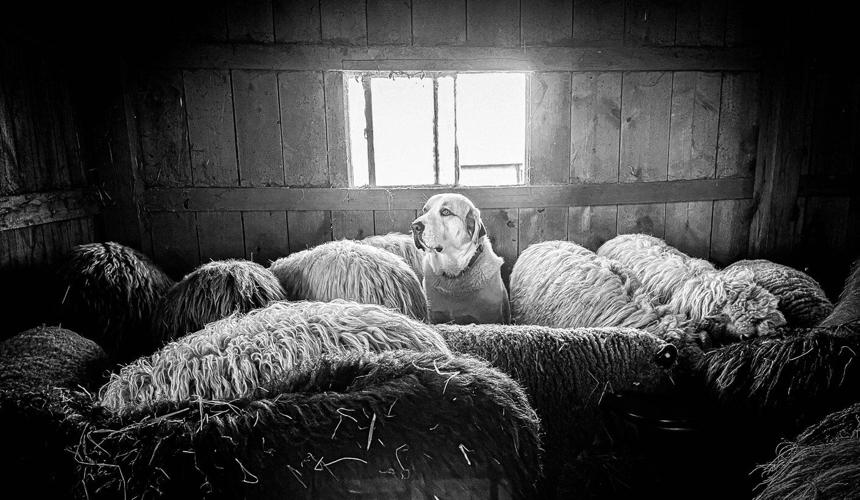 Light can help determine the focal point of a photo, such as in this image of a dog looking over a flock. 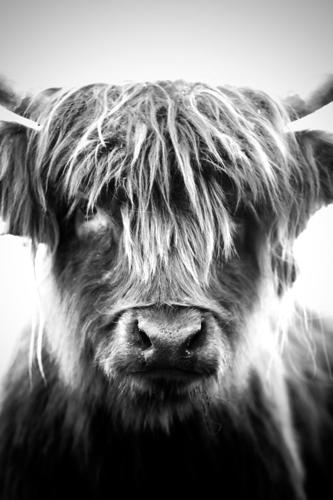 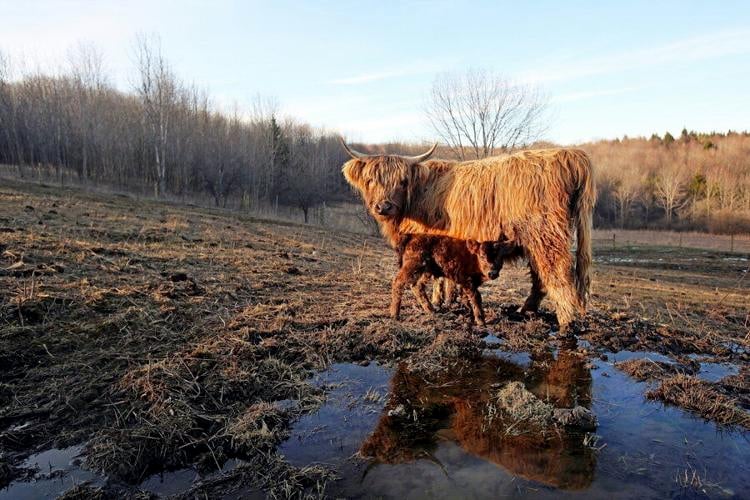 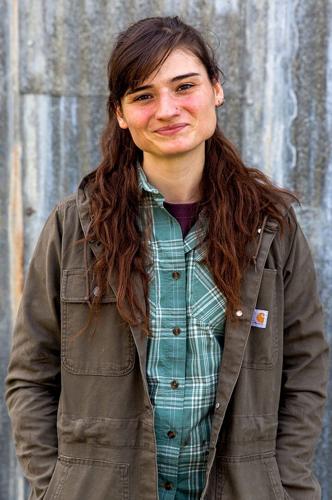 “Photography can be a task on top of all your farm duties, but photographs tell stories,” Rodrigues said.

Telling a farm’s story with photos can help sell a farm’s products as well as build transparency and community with customers.

Although it may seem like high-quality photos require expensive equipment and software, she said that is not true.

In fact, she said, most smartphones can help people take and edit photos to produce excellent images. A tripod is also helpful.

She said the real key to good photos is understanding the elements and principles of photography.

“Without thinking about it, your photos are always comprised of these elements,” Rodrigues said. “Combining these elements help you make impactful photos.”

Composition refers to what’s in the photo.

“Include only elements you want to highlight,” she said.

You need to pay attention to everything within the frame to avoid including undesirable things.

Following the rule of thirds can help create better balance in photos. Rodrigues said that means mentally dividing the image using two horizontal line and two vertical lines, so it looks like a checkerboard.

“Avoid placing your subject in the center of the frame,” she said. “It helps direct the audience’s attention to where you want them to.”

Photos that include lines, such as a fence, path or trees “serve as leading the eye of the audience towards what you want them to look at and they can convey different meanings,” Rodrigues said. “Lines can make your message clear and retain people’s attention.”

Many people make the mistake of taking all of their photos at the same height. However, “when you take a photo at a different angle, you can show a different perspective,” she said. “It can also bring proximity between you and your audience, and (show) things from your perspective.”

For example, get down on a newborn calf’s level, instead of photographing it from a standing position.

“The audience will find that appealing,” Rodrigues said. “You can convey a lot of emotions by the angles.”

Some farmers may feel their tasks are too mundane for people to care about. Others worry about photographing the same subjects too many times.

“When I feel like I’m taking the same photo, I start paying attention to details,” Rodrigues said. “Let’s say I walk into the barn and the first thing I do is pour feed into my buckets to take out to pigs. I might take a photo of the scooper. Keep in mind that most of our audience is not farmers and the details are very interesting.”

Telling a story by writing a line or two about the task can make the photo post more interesting.

Although lighting is one of the most important photography elements, Rodrigues said that natural lighting is easiest to use. The “golden hours” of sunrise and sunset offer the softest light, as can an overcast day. Sometimes, she photographs products from her farm near a window on a cloudy day for this effect.

Taking photos in the barn can be challenging, because the dust in the air can make the photo hazy or unclear.

“I pay close attention to how the light is hitting the subject,” Rodrigues said. “I position myself to have the best angle. If the photo is not as sharp, I play with the sharp setting and give it a little bit.”

Most phones and camera software apps offer simple photo editing capabilities for exposure and contrast, cropping, white balance and sharpening. Play with these to see what you like.

Rodrigues encourages farmers to create their own stock photos to use later when they lack time to take photos to post.

“I always try to have backups in case something happens to my phone or camera,” Rodrigues said. “I try to pass them to my computer and create tags or use the dates. I use Google Drive (to hold) all the visuals I create.”

As for what to photograph and post, many farmers think that they need to sound very professional or photograph only very beautiful images. But, she said, speaking in your own voice about your farm, crops and animals is better.

“Think about scenes of the story you want to tell,” Rodrigues said.

She selects a main photo that depicts what is happening, along with another photo for context.

“A great photo can lead the audience to read your caption,” she said. “Take into consideration the photo you’re posting as that will capture your audience’s attention.”

The caption should be in complete sentences and concisely complement the photo.

Rodrigues encourages farmers to take numerous photos from which to choose, especially when they start out in photography.

“If I don’t feel inspired, I give myself some grace and don’t push it,” she said. “I try another time. It takes practice to take good photos.”

Equestrian Photographer on the Challenges of Capturing Horse Events

Melanie Pack finds her niche trying to capture the essence of horse events through photography.

3 Easy Side Hustles You Can Do From the Farm

Columnist Shelby Watson-Hampton has a few good ideas to rustle up some Christmas spending money for next year.

Whether you're out in the fields, in the barn or working around the house, these podcasts are designed to keep you company while providing inspiration and food for thought.