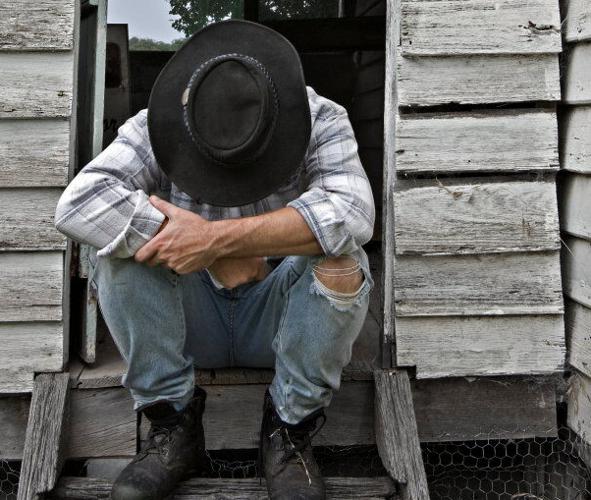 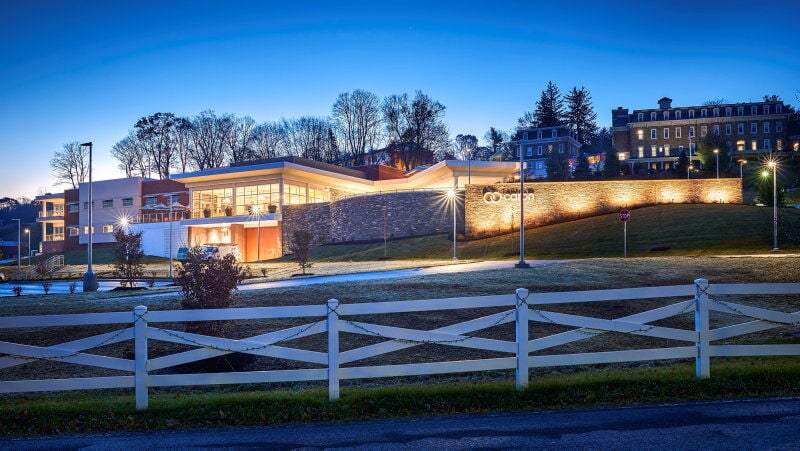 September is National Recovery Month, launched in 1989 to promote new evidence-based treatment, celebrate the vibrant recovery community and the service providers who furnish support, and to offer hope for those still struggling.

Three years ago this month, Pennsylvania joined Farm Town Strong, an effort spearheaded by the American Farm Bureau Federation and the National Farmers Union to bring attention to the opioid epidemic in farming communities and offer resources to those battling addiction.

The scope of the crisis in rural America was staggering, with 74% of farmers and farmworkers reporting they had been directly impacted by opioids, three in four farmers saying it was easy to access large amounts of opioids without a prescription, and one in three adults saying addiction treatment was readily available.

“Addiction is a is a complex disease that can't be reduced down to simple neurobiology,” said Dr. Adam Scioli, medical director and head of psychiatry at Caron Treatment Center in Wernersville, Pennsylvania. The nonprofit rehab facility was founded as Chit-Chat Farms by recovering alcoholic Richard Caron and his wife, Catherine (Tildon) Caron, and opened the doors to its first patients in 1959.

"Over the past, I'd say, 20 years, the increase in total number of deaths involving opioids, particularly fentanyl and other synthetic opioids, has increased dramatically."

Multiple factors play a role in both the development of a substance-use disorder and its progression, Scioli said, including co-occurring mental health conditions, such as depression or anxiety, that may also need addressing.

“I had a mentor here many years ago who had a very, very simple way of summarizing it,” said Rev. Jack Abel, senior director of spiritual care at Caron. “He was a Catholic priest, but he used to say, ‘Jack, my understanding of this is that it’s sickness, not sin.’ And I think that can be helpful, sometimes, for people who have strong faith backgrounds.”

Faith communities especially may tend to view addiction as a moral failure, when it’s not, he said. Such a viewpoint can contribute to a reluctance to seek help, he said, and offer the false solution that a person in active addiction can simply make better choices, or simply repent

“One of the things that kind of defines addiction, in my experience, is that it’s frustratingly irrational,” Abel said, and so appealing to an addicted person’s power of reason can be useless. Thus, he said, it is difficult to intercept addictive behavior without intervention.

Faith communities excel at caring for the sick, he said, and so ministering to those afflicted boils down to changing that community’s mindset.

“It's a different approach, where we encourage healing instead of repentance,” Abel said. “And that's the direction that I've always tried to take with people, whether religious or not.”

“Over the past, I'd say, 20 years, the increase in total number of deaths involving opioids, particularly fentanyl and other synthetic opioids, has increased dramatically,” Scioli said, adding that the opioid crisis was finally declared a nationwide public health emergency in the fall of 2017.

“We're acutely aware here at Caron of the need to address substance use and, in particular, opioid use, because there's a high likelihood of fatality,” Scioli said. “It certainly can happen very quickly. It certainly can happen on the very first use. And the unfortunate fact is that opioids that people are ingesting have gotten more dangerous because fentanyl has been either adulterating them, or people are actually seeking fentanyl.”

A large number of fentanyl overdoses occur in people who don’t even realize they are taking the drug, he said.

Opioids are in a class all by themselves when it comes to treating addiction, Scioli said.

“We at Caron actually have an opioid track where we focus on the disease opioid use disorder exclusively as a separate and distinct phenomenon, which requires a biopsychosocial spiritual approach,” he said.

That approach includes making sure the patient has a safe and comfortable withdrawal, helping them decide whether to use a medication — such as buprenorphine (Suboxone) — to assist recovery, and assuring they have the support network to sustain them once they leave the treatment facility.

“Addiction is certainly a family disease, and we have recognized that since our origins,” Scioli said. “There's an expression here at Caron that resonates with me, that ‘the patient is the family and the family is the patient.’ We talked about the importance of a supportive environment, and that involves, when someone comes into treatment, making sure that their family members or loved ones understand that addiction is a disease and not a choice and that there are going to be certain supports that their loved one requires in order to succeed, not just changes at home, but attitudinal changes toward their loved one, who is now a patient.

Sadly, Scioli said, not everybody is able to overcome addiction.

“And when there's a loss, the loss is felt by far more people than that person who was trapped in addiction probably ever realized. The disease of addiction does not discriminate based on socioeconomic status or gender or occupation—whether or not you have children or you are a child.”

SAMHSA.gov (Substance Abuse and Mental Health Services Administration) is a division of the U.S. Department of Health and Human Services. SAMHSA’s National Helpline provides 24-hour free and confidential referrals and information about mental and/or substance use disorders, prevention, treatment and recovery in English and Spanish at:

This information can also be accessed online at SAMHSA.gov.

“988” is the three-digit, nationwide phone number to connect directly to the 988 Suicide and Crisis Lifeline, which provides 24/7, confidential support to people in suicidal crisis or mental health-related distress.

Addiction, Recovery and Service in Pennsylvania: A Personal Story

One family's battle with opioid addiction and recovery paints a picture of struggle and hope.

Mental Health: The Crisis is Real