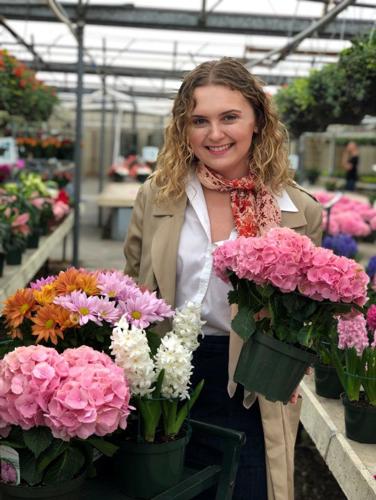 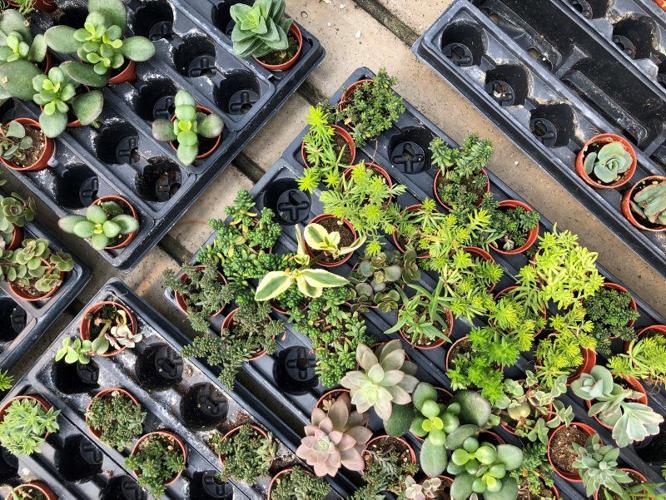 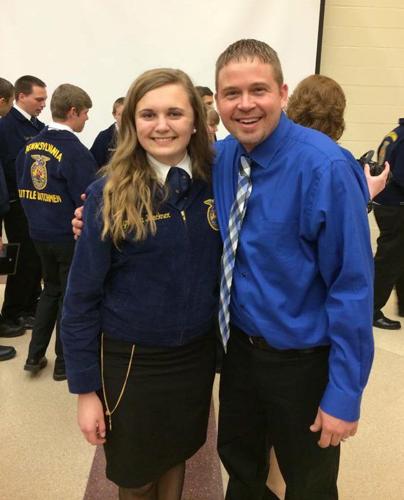 Myrannda Kleckner is proof that even a busy young professional working full-time in agriculture while studying for a graduate degree at Penn State can still take time to stop and smell the roses — and lots of other flowers, too.

Part of the Kleckner spring tradition for Myrannda and her mother, Robin Kleckner, is going shopping together for Easter flowers — and picking up some other plants that catch their eye along the way, too.

This year was no exception, as the mother-daughter duo recently made their way to Esbenshade’s Greenhouse near Brickerville in Lancaster County. Although Myrannda now lives near Penn State, she was visiting her hometown of Cleona, Lebanon County, Pennsylvania, to celebrate the holiday with her family.

While the greenhouse industry is adjusting to changing generational preferences in plants, there are still young people who enjoy shopping for both traditional flowers and nontraditional houseplants, and genuinely appreciate incorporating horticulture as a regular part of their daily lives.

In the case of the Kleckners, Myrannda comes by her attraction to greenery naturally.

“Mom’s prize possession is her flower garden,” she said.

Robin Kleckner’s garden is located in the backyard of the Kleckner home. Myrannda recalls that when she was a child, “If I wanted to spend time with her, I had to go out into the yard with her.”

And, Robin Kleckner marked the births of both of her daughters by planting special shrubs and bulbs, which still grace the Kleckner’s yard.

Though some traditional flowers and plants seem to have fallen out of favor with post-baby boomer generations, Myrannda Kleckner’s horticultural interest is one of her passions.

She doesn’t like labels like “millennial.” But, she admits to fitting a few of the current 20-something generation’s stereotypes. For instance, she laughed about hearing that the traditional goal of “Two kids and a white picket fence,” has been replaced in her generation with this updated vision: “No roommate and six houseplants.”

She has noticed one trend with succulents — which fit easily into a small apartment — might be an up-and-coming favorite among peers.

Having recently moved into an apartment herself, Myrannda Kleckner chuckled that: “My plants are my pets.”

Unfortunately, she had to give away many of her plants when she moved. But that situation “will be changing,” she said.

Myrannda’s maternal grandmother also loved the outdoors and flowers, and passed the gene along to her grandchildren, with the exception of Myrannda’s older sister Hannah.

“It just comes down to that personal basis,” Myrannda said about her love of flowers and plants.

Hannah Kleckner was enthusiastic about horses and joined FFA. Myrannda too decided to join FFA in eighth grade. It led her to a career in agriculture, especially in ag communications.

She attributes her FFA choice to the enthusiastic leadership of Annville-Cleona School District’s agriculture instructor, Tim Gettle. Gettle is also the adviser for the Little Dutchmen FFA chapter, and became Myrannda’s connection to agriculture. She credits him with “changing the ag atmosphere” at her school and in the process, opening new horizons for his students.

“I’m really proud of her,” Gettle said about Kleckner. “Since she graduated from our program, she has played a vital role in educating the public. Many of her roles have been helping to tell agriculture’s story to those that do not get to experience it. I know she played an important role at the Farm Show with her part in the social media aspects of the Calving Corner.” (The Calving Corner was a fenced area of the Pennsylvania Farm Show dedicated to pregnant cows who gave birth throughout the week of the Farm Show.)

Kleckner then became the FFA reporter at her school. She attended the National FFA Conference her senior year and was awarded a Keystone degree at the 2014 Pennsylvania Farm Show.

She enrolled at Penn State as an agricultural science major, graduating in December 2017 with a bachelor of science degree as well as minors in agricultural communications and leadership development.

After college, Kleckner went to work for the Center for Dairy Excellence in Harrisburg as its communications and marketing manager.

Earlier this year, Kleckner accepted a position as a team marketing coordinator for Penn State Extension in the College of Agriculture. And she is pursuing a master of professional studies in strategic communications.

From her mother and grandmother to her aunts, the Kleckners all enjoy a big tradition of giving each other flowers as gifts. Since her grandmother’s favorite floral color tends toward yellow, Myrannda buys flowers for her in that palette.

Showy yet delicate hydrangeas and peonies are two of Myrannda’s favorite outdoor flowers. Her skills at social media portray beautifully composed images of a range of bouquets, potted plants, and plant-shopping fun over the seasons. At Christmas, it’s bright red poinsettias that catch her eye. On Mother’s Day she looks for potted blooms of mixed colors. By autumn, mums are her pick.

Kleckner’s close friends, who tended to study biology and geology in college, also like to spend time outdoors and enjoy growing things. Naturally, they call themselves “plant ladies.”

“You’re either a plant lady, or you’re not,” Kleckner said.

One of Kleckner’s plant-loving pals is Katie Schreckengast, a fellow musician in Penn State’s Blue Band, where both played saxophones.

If the name sounds familiar, it’s because Schreckengast was Miss Pennsylvania, who ultimately competed in the 2018 Miss America pageant. She placed among the top 10 finalists.

Full-time employment coupled with a challenging university schedule assure that Kleckner’s days are fast-paced, but she said there’s always comfort in coming home to the welcome sight of her flowering “pets” — and taking a moment to stop and smell the proverbial roses, or whichever flowers might be sharing her home.