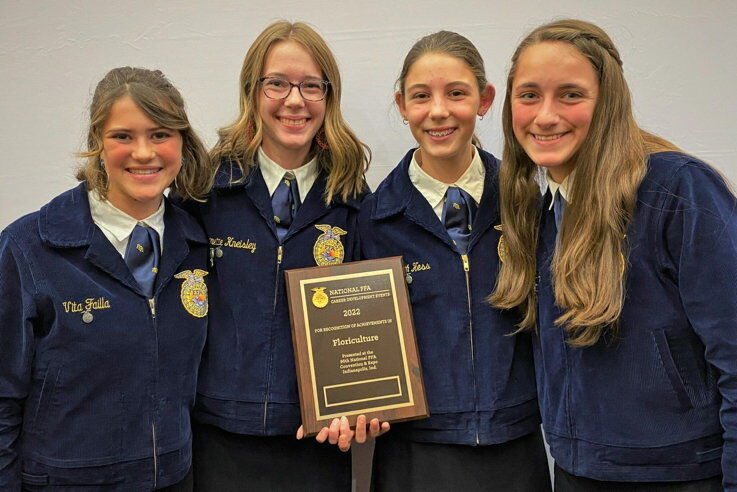 Team members had to identify 50 flower and equipment specimens, solve 10 floriculture problems, take a general knowledge test, create and price a $55 arrangement and a $25 corsage, create advertising media, transplant young plants, and work as a team to create planters for sale.

They earned 795 out of a possible 800 points on the team activity. Leah, Jeanette and Carly earned individual gold medals, and Vita earned a silver medal.

The students had to evaluate nine live animal classes, give four sets of oral presentations on why they placed a class of animals in a certain way, complete a team activity on animal genetics and take a general knowledge test.

Also during the convention, the Manor FFA chapter was recognized as a two-star premier chapter out of three possible stars, based on the members’ leadership, community building and advocacy for agriculture. Chloe Perry and Jenna Smith accepted the award.

FFA members from Virginia and Pennsylvania have been named to the organization’s top national leadership posts.

Levi Ferster from Line Mountain FFA was chosen to play the trumpet with the National FFA Band at the 2022 National FFA Convention and Expo.