Want to learn the history of maple syrup making? It’s all on view in Croghan, New York, home of the International Maple Museum Centre. In typical years, about 600 people visit the museum to experience maple sugaring’s sweet past and see how it is made in current times.

“We want to promote the maple industry — past, present and future — to the public,” said John Altmire, who has served as the museum’s administrator since July 2019.

“I really like the maple industry and I grew up with it my whole life,” he said. “My family had a small maple operation.”

Altmire still makes maple syrup as a hobbyist. His experience has helped him understand the work and artistry that goes into creating flavorful, smooth syrup.

The museum was founded in 1977 in the former Leo Memorial School. Local couple Robert and Florence Lamb contributed funds to purchase the building and donated their own maple memorabilia, including syrup-making equipment, tools and antiques. One of the museum’s rooms is named for the Lambs.

Most of the artifacts were originally used by local people making syrup in Lewis County, New York. But some of the pieces come from maple sugar makers and collectors in other parts of the U.S. and Canada who donated artifacts.

From Sap to Sugar

The museum’s displays show the industry’s beginnings, when Native Americans harvested sweet maple sap, to the era of sap buckets and wood-fired boiling. Exhibited also are modern systems that include vacuum-fed tubing, stainless-steel evaporators and reverse-osmosis equipment. Many exhibits have a recorded description, so visitors can listen and learn about the artifacts and their use in sugar making. 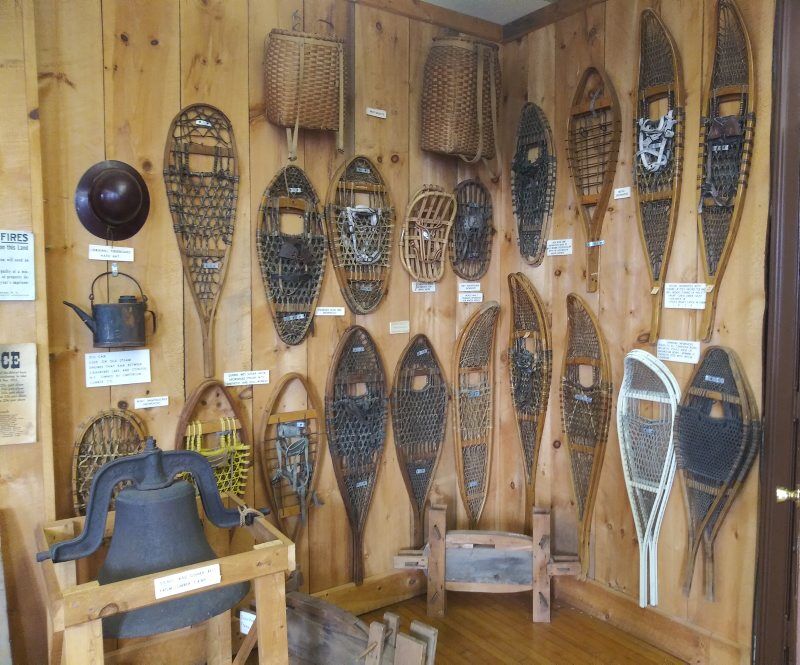 Submitted photo Snowshoes can help sugar makers get into their woods more readily. 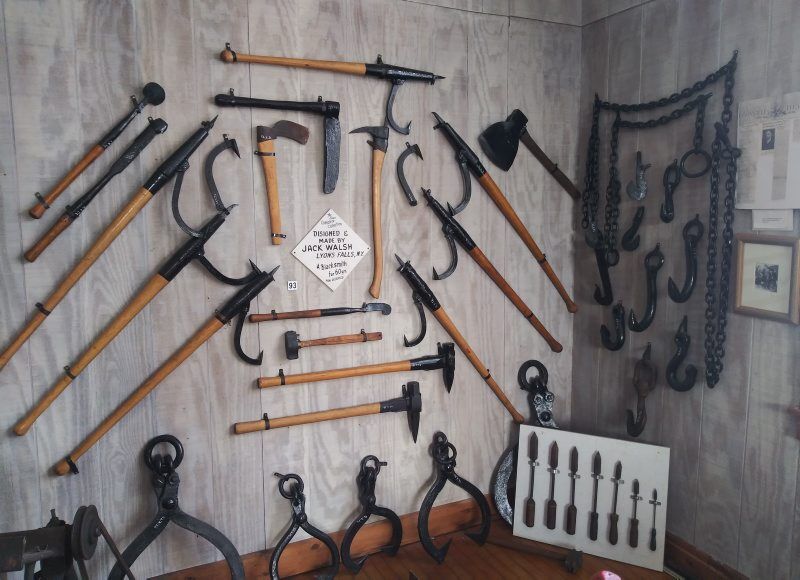 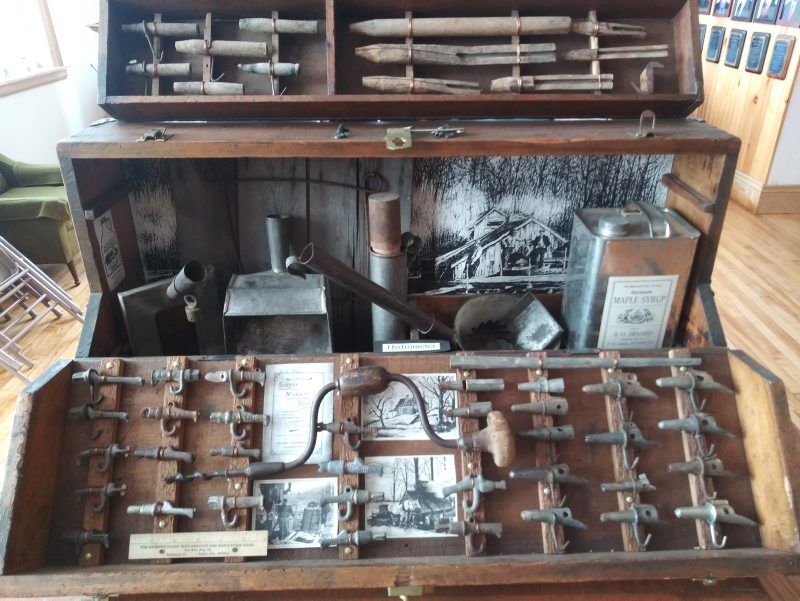 Submitted photo At the International Maple Museum Centre in Croghan, N.Y., vintage tools, such as maple taps, show how sugar makers of yesteryear made maple syrup. The museum hopes to reopen from the pandemic in 2021. 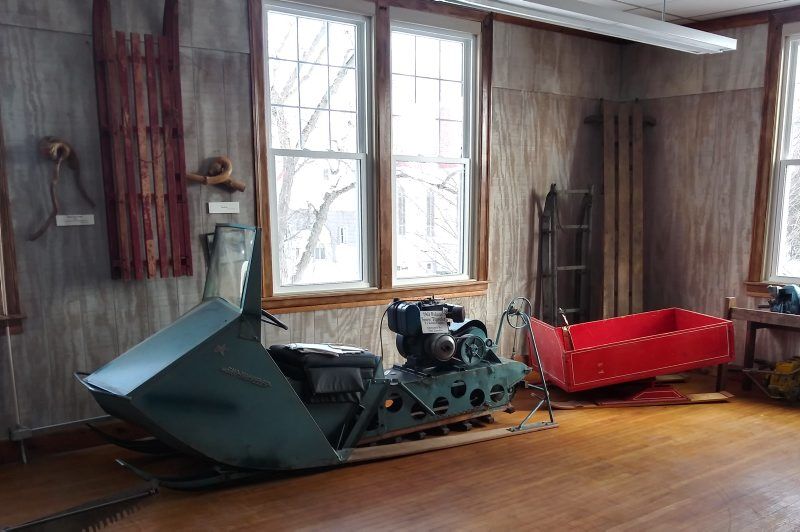 This 1961 Polaris Snow Traveler was useful in helping sugar makers get into snowy sugarbush. 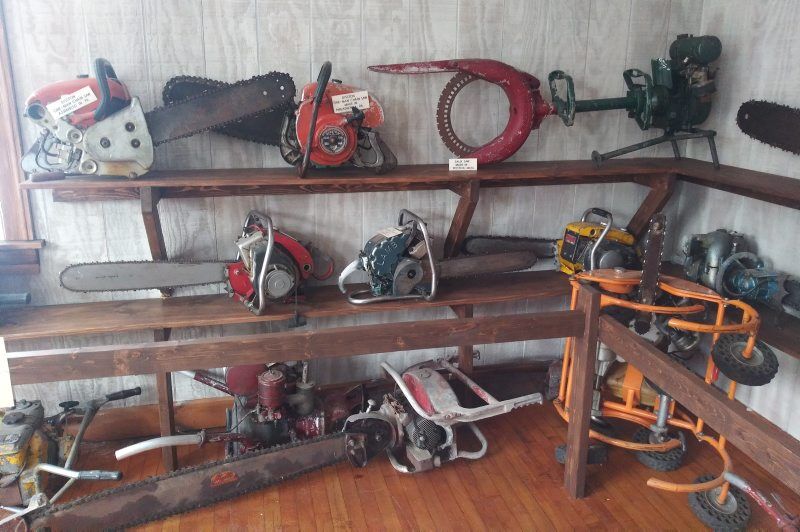 The International Maple Museum Centre is dedicated to preserving the history and legacy of maple sugaring.

Submitted photo Snowshoes can help sugar makers get into their woods more readily.

Submitted photo At the International Maple Museum Centre in Croghan, N.Y., vintage tools, such as maple taps, show how sugar makers of yesteryear made maple syrup. The museum hopes to reopen from the pandemic in 2021.

This 1961 Polaris Snow Traveler was useful in helping sugar makers get into snowy sugarbush.

Museum visitors also can view vintage photos, tour a replica sugarhouse, check out equipment and look at sugar-making tools such as sugar molds and syrup containers.

Since sugar making and logging overlap — because sugar makers need to maintain their forests — an entire floor of the museum is devoted to logging tools and a replica lumber camp, which includes the camp boss’ office and sleeping quarters, the bunkhouse for the lumberjacks and a camp kitchen. The logging implements on display include snowshoes, skidding tongs and toggle hooks.

Years ago, a prolific New York blacksmith, Jack F. Walsh from Lyons Falls, made all the tools in the logging display — a tiny fraction of the numerous implements he made and mended during his career. Since the rugged work and hostile environment beat up logging tools, local lumberjacks called upon Walsh to forge and repair their equipment. He also made his own blacksmithing equipment for his forge, such as hammers, cutting tools and dies. Walsh’s renown as a fine blacksmith became so widespread that people from other states would commission him to create tools for them or to mend their broken tools.

But the equipment does not end with the vintage tools used in the maple and forestry endeavors. The displays include a 1961 Polaris Sno-Traveler, an early snowmobile. It was used in the sugar bush when sugar makers were busy tapping to start the season and later, in gathering heavily laden sap buckets.

The International Maple Hall of Fame

As a tribute to the greats in the syrup world, the museum is home of the International Maple Hall of Fame, which inducts two people from the maple industry every May. The North American Maple Syrup Council selects the inductees from the U.S. and Canada.

Due to the COVID-19 pandemic, the 2020 induction ceremony was held as a virtual event, and it could be another virtual event for 2021, Altmire thinks. The ceremony honors the hard work and dedication it takes to gather sap and boil it down to the correct consistency. It takes about 40 gallons of sap to make 1 gallon of syrup.

In typical years, the annual New York State Maple Queen Contest is held at the museum, the contest’s venue since 1980.

The maple museum closed for the pandemic on March 27, 2020, and remains closed. However, Altmire hopes to reopen the museum before the end of 2021. During the downtime, the museum volunteers have been busy remodeling and rearranging displays as well as renovating the 100-seat dining room. Altmire is the only paid staff. The organization’s 20 volunteers and board members man the museum’s pancake breakfasts and dinners, complete with the trimmings.

“It’s our biggest fundraiser each year,” Altmire said. “Everyone really enjoys it.”

This year, the museum hosted a drive-thru chicken barbecue event. Although not as maple-promoting as pancakes, it helped.

The organization also rents part of its building to a local savings and loan business. The museum is a nonprofit organization chartered by Absolute Charter through the New York State Board of Regents. Both the North American Maple Syrup Council and the International Maple Syrup Institute recognize the museum.

Tree Identification in Winter Is Vital to Forest Management

The Sweetest Sign of Spring: Maple Sugaring Demonstration on a Small Scale

The maple syrup industry has developed a flavor reference kit to help producers assess their syrups.

At the Alling Coverlet Museum in Palmyra, N.Y., visitors can learn about the history of coverlets and admire their intricate, handmade designs.

Keeping Up with the Joneses, New England Farm Embraces Agritourism