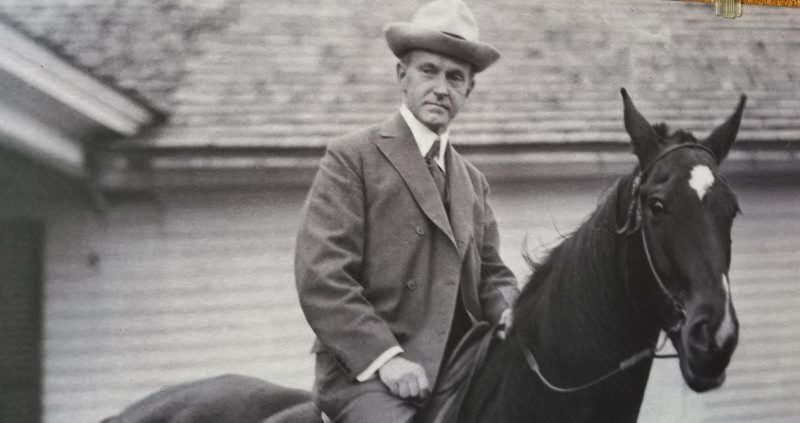 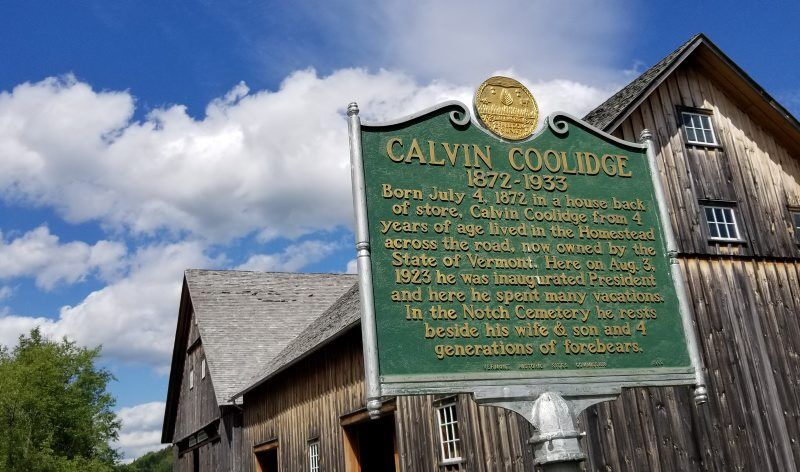 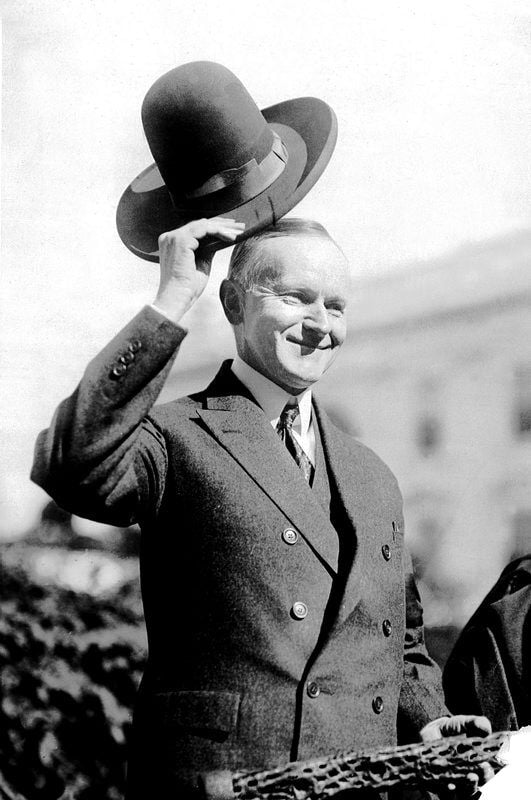 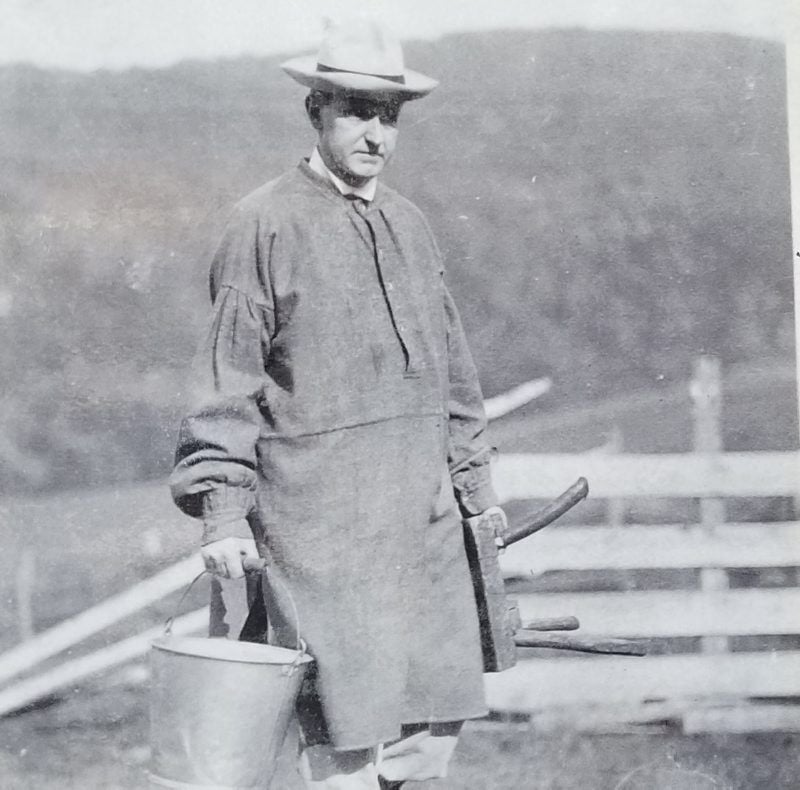 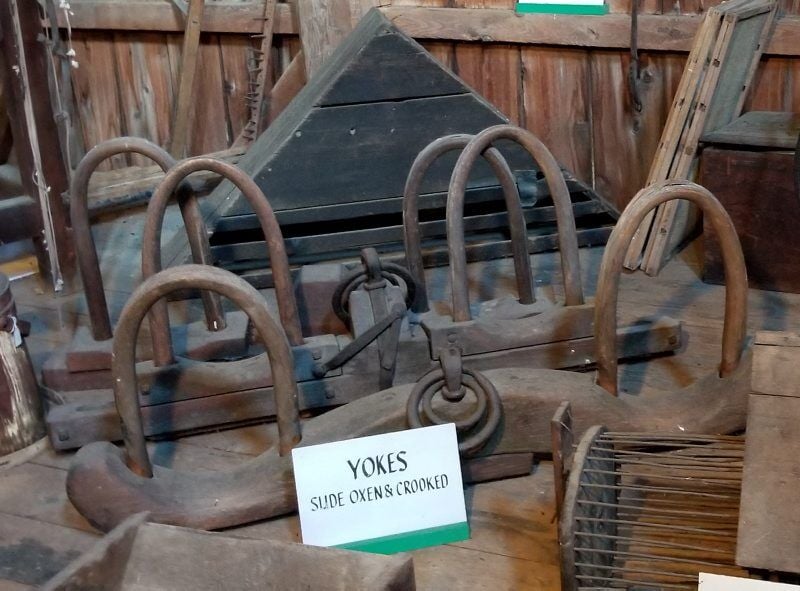 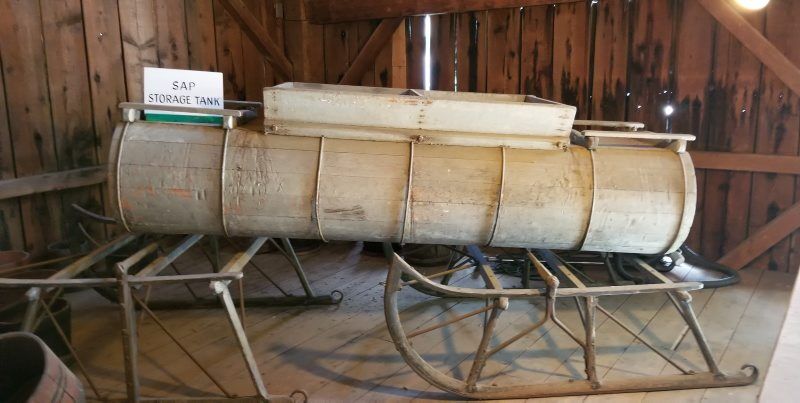 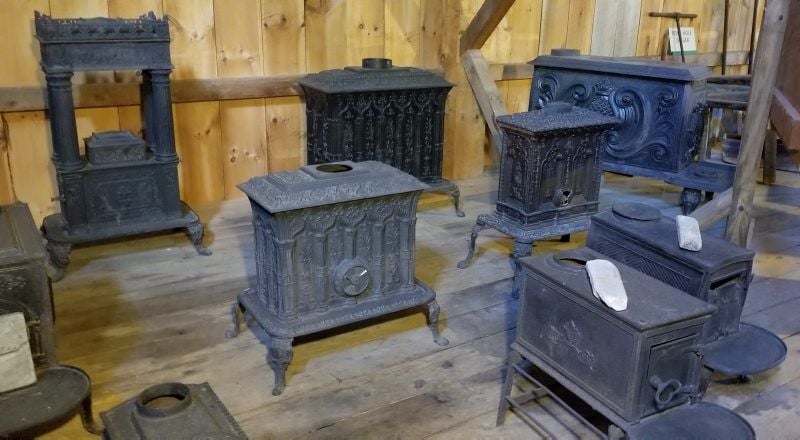 PLYMOUTH NOTCH, Vt. — The honesty and clear thinking that defined American President Calvin Coolidge were byproducts of a boyhood spent working on his family’s farm in a tiny Vermont hamlet, which he returned to throughout life, including during his years as the 30th president of the United States (1923-1929).

“In the development of every boy who is going to amount to anything, there comes a time when he emerges from his immature ways,” he wrote in “The Autobiography of Calvin Coolidge,” published by the National Notary Association. “Such a transition finally came to me. It was not accidental, but the result of hard work.”

Many of the tools and equipment that Coolidge, and countless other rural Vermonters, used at the turn of the 20th century are found in a fascinating agricultural exhibit, “From Break of Day ‘til Twilight: Farm Life in Plymouth Notch.”

The exhibit is located in the large, three-story Wilder Barn (circa 1875), one of many buildings that make up Coolidge’s birthplace and homestead at the Coolidge State Historic Site, one of the nation’s best-preserved presidential sites. It looks almost exactly as it did nearly a century ago when he took the oath of office there in the early morning hours of Aug. 3, 1923.

Coolidge’s father, John, a notary public, swore Calvin in following the death of President Warren Harding, in a ceremony illuminated by kerosene lamps in the family homestead.

Items in the Coolidge farm collection, ranging from antique milking tools to maple sugaring apparatus, were collected by the state of Vermont in the early 1950s. Most of the tools are typical of what would have been found on a hillside New England farm. Plows, for example, were constructed differently from those used on level fields.

The exhibit’s title comes from a famous Coolidge quote: “The neighborhood around The Notch was made up of people of exemplary habits. The break of day saw them stirring. Their industry continued until twilight.”

The collection’s highlights include what may be the state’s best assemblage of Vermont-made wood stoves, a horse treadmill and a rare snow roller. These were used to pack snow down in the years before plowing became commonplace. This particular one was acquired from the Tunbridge (Vermont) World’s Fair when that organization de-accessioned some of its collection.

The Vermont Legislature established the Historic Sites Commission, now known as the Vermont Division for Historic Preservation, in 1947. One of its primary charges was that “special attention be given to the suitable development of President Coolidge’s birthplace.”

“At that time, all the village buildings were privately owned and none were restored and open to the public,” said William Jenney, the state regional Historic Site administrator. “In 1947, the state purchased the Wilder House, the home of Calvin’s mother, and began renovations to open it as an information center and lunchroom. Soon afterwards, the Wilder Barn was restored and a major agricultural collection was assembled to exhibit in the large structure.”

“In the late 1980s, we purchased a few pieces from a private collector in Chester, Vermont,” Jenney said. “A potential donation is now reviewed by our collections committee; criteria being that it should have a Coolidge family or Vermont — preferably Plymouth — provenance; that it augments the collection, meaning its not duplicative; and that it’s in good condition.”

The Wilder horse barn, just south of the main barn, had fallen down in the early 1940s, years before the state began acquiring properties in Plymouth. Fortunately, because of the town’s fame, nearly every angle of horse barn was photographed in the 1920s when Coolidge was president. These photos greatly assisted in reconstruction of that building in 2003, paid for with a Transportation Enhancement Grant.

Historic Site operations are funded by admissions, museum store sales and state appropriations. However, a number of grants have been obtained over the years to help with special projects such as an Institute of Museum & Library Services grant to help pay for collections management.

The site also features the Coolidge Farm Shop displayed in a circa-1870 building constructed by the president’s father. It’s set up as a typical late-19th-century Vermont farmer’s workshop, complete with all the tools necessary for the repair and maintenance of the farm’s equipment. The collection includes tools for woodworking, blacksmithing, and the carriage-making equipment of W.C. Landon & Co. from Rutland, Vermont.

For Coolidge, Plymouth Notch offered a welcome respite from the pressures of public life. When visiting as president, Coolidge conducted the nation’s business, with the aid of specially set up telephone and telegraph lines, from a second-floor office above the Plymouth Notch General Store, which served as his summer White House.

And, for a nation with deep agricultural roots, still quite rural at heart, photos that showed him milking cows struck a chord with voters, proving quite beneficial politically.

As the Break of Day exhibit explains, “In the 1860s, Vermont was one of the nation’s leading cheese producers. Production later turned to butter and by 1900 Vermont made more butter than any other state. The modern fluid milk industry developed in the 1910s, made possible by the process of pasteurization and improved refrigeration and transportation.”

Coolidge is the only U.S. president born on the Fourth of July (1872). Three years beforehand, his grandfather (Calvin Galusha Coolidge), whom he’s named for, sold 500 pounds of butter and 200 pounds of cheese.

Just up the street, visitors may enjoy samples and purchase freshly made products at The Plymouth Cheese Factory (1890), whose second-floor exhibit, “Say Vermont Cheese!” tells the story of cheesemaking in the Green Mountain State with a particular focus on the history of the distinctive granular-curd Plymouth Cheese.

The factory was established by the president’s father along with James S. Brown and three other local farmers. Operations closed in 1934, but were reopened by John Coolidge, the president’s son, in 1960.

On display are the original vats, presses and other equipment of the Plymouth Cheese Factory, as well as impressive period pieces related to cheesemaking. The exhibit is presented in collaboration with Plymouth Artisan Cheese, which produces cheese today much like they did in 1890.

Of course, maple sugaring season is just around the corner in Vermont. This, too, was a big part of Coolidge’s boyhood life and by his own admission “was the most interesting of all the farm operations for me.”

“With the coming of the first warm days we broke a road through the deep snow into the sugar lot, tapped the trees, set the buckets and brought the sap to the sugar house where in a heater and pan it was boiled down into syrup to be taken to the house for sugaring off,” he wrote.

Farming practices in Plymouth Notch remained much the same well into the 1900s. “Horse and oxen were used to power most of the large equipment, but single cylinder engines gradually came into use for sawing wood, threshing grain, cutting ensilage, baling hay and countless other tasks,” the museum exhibit states. “The first tractor was not introduced to Plymouth Notch until 1948-49.”

“I early learned to drive oxen and used to plow alone with them when I was 12 years old,” Coolidge wrote. “Of course, there was the constant care of domestic animals, the milking of the cows, and taking them to and from pasture, which was especially my responsibility. It was all a fine atmosphere in which to raise a boy.”

The President Calvin Coolidge State Historic Site is expected to open on Memorial Day Weekend in 2021. The site is open Tuesday to Sunday through mid-October. For information go to: https://historicsites.vermont.gov/.

Paul Post is a freelance writer in eastern New York.