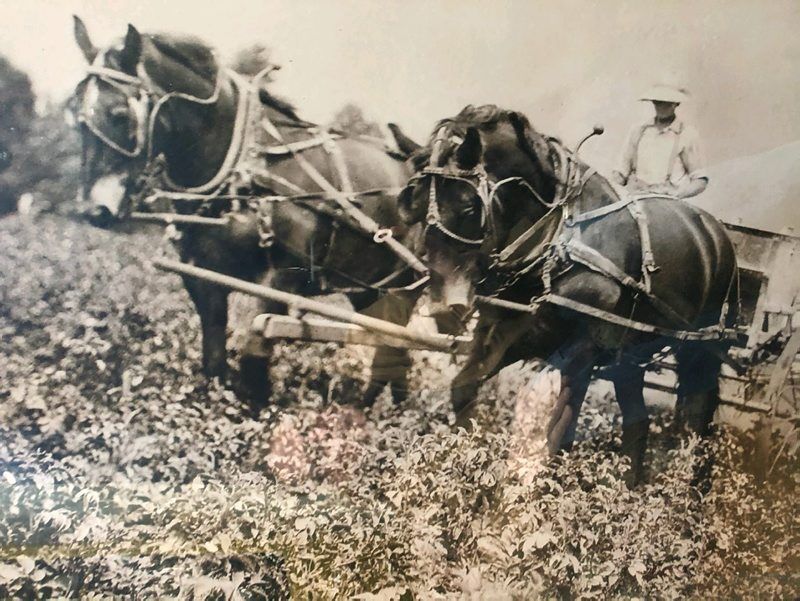 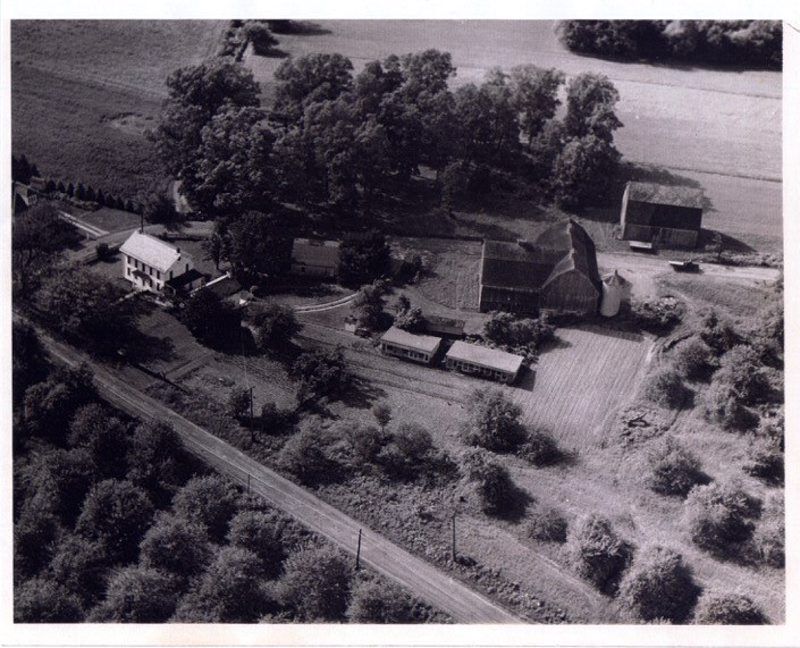 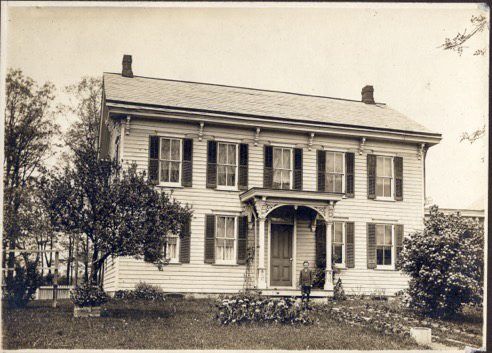 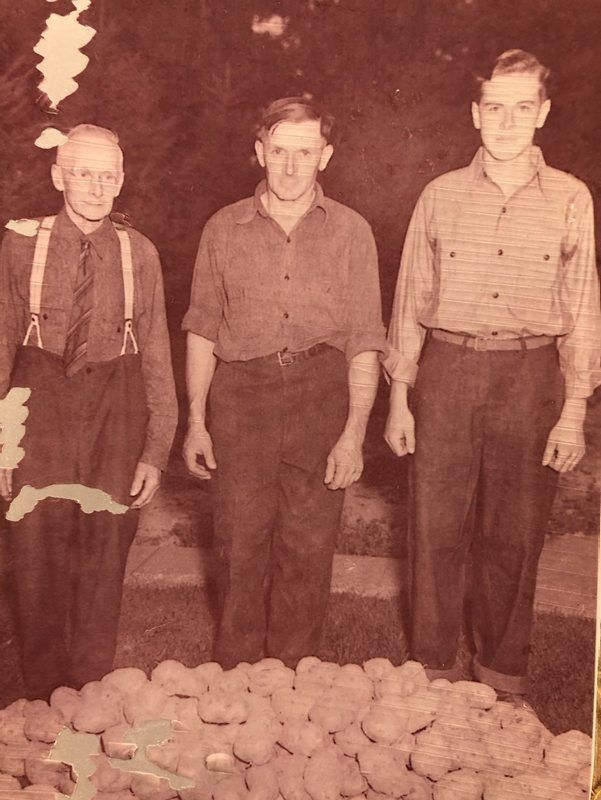 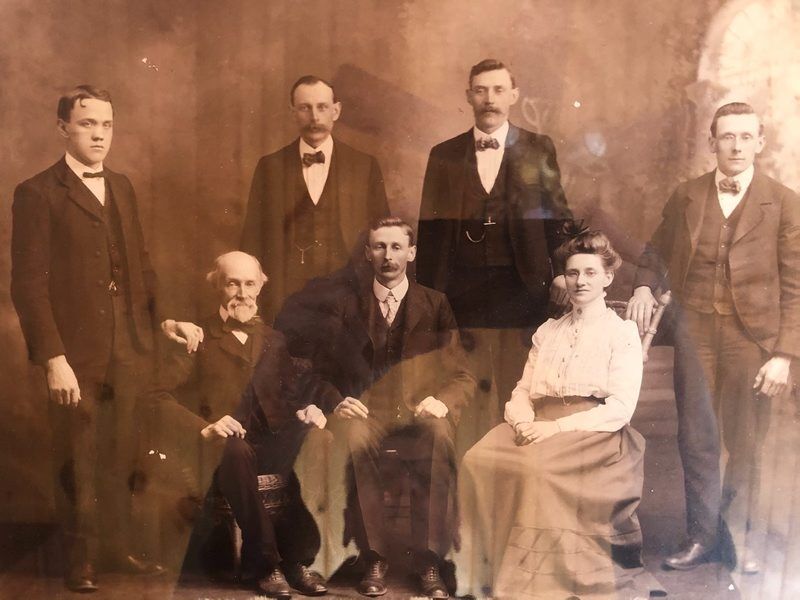 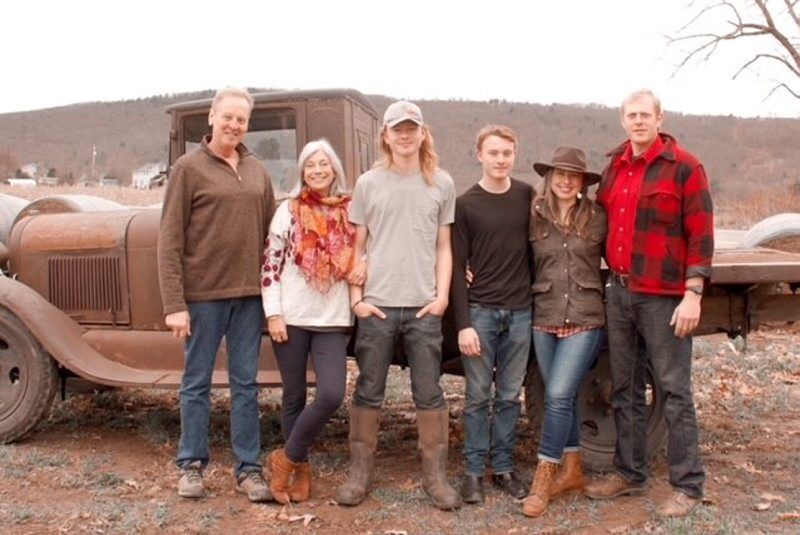 NESCOPECK TOWNSHIP, Pa. — The list of historical milestones that occurred during the existence of the Briggs Farm would fill several history books.

World War II, the flu pandemic of 1918, the Civil War, the War of 1812, and the creation of the Declaration of Independence in 1776 all happened while America grew and persevered, and generations of the Briggs family laid down roots on their ancestral farm — a feat that continues to this day.

This year, the farm marked its 260th year of existence, spanning 10 generations and four different centuries. The 440-acre farm is located in southern Luzerne County in an area known as “Briggsville,” between the towns of Hazleton and Berwick. The family’s legacy on the land began in 1760, when John Briggs Jr. and his wife, Sarah, ventured from Bucks County and constructed a stone house on what is now a wooded area of the farm. Remnants of the structure are all that remain today, but it marks the arrival of one of the early pioneers to settle in the area.

Centuries ago, these ancestors of the Briggs family operated a general farm, planting potatoes and other vegetables while keeping a few cattle and hogs in the barn. Today, the farm is home to a sprawling chicken house with a flock of 38,000 hens, a 400-acre grain operation, several acres to raise hemp, and an agritourism component with the Briggs Farm Blues Festival — an annual summer concert that began 24 years ago, attracting thousands.

The diverse operation is vastly different from the way life was centuries ago, but there is a common bond spanning the generations.

“There has always been a connection to the previous generation,” said Richard Briggs, who is now the patriarch of the family and the eighth generation on the farm. “It’s always been a part of us.”

The original stone house, which also served as a stop for stagecoaches, is gone, but there are many structures remaining that tell the history of the farm. The main house where Richard and his wife, Alison, reside was built in 1877 by Mortimer Briggs, who inherited the farm from George Washington Briggs.

A smaller building nearby was built in 1851 and housed Mortimer Brigg’s family while he was constructing the main home and other structures on the farm.

Later, the building was used as a summer kitchen. And, today it serves as an office for the farm. Attached to it are an old icehouse and a milkhouse, and a few feet away is the barn, which was built in 1932 after a fire claimed the original structure.

While the buildings are important to the farm’s history, so are the fields, which have produced a variety of crops that supported generations of the family.

When Richard was growing up in the 1950s, his parents raised potatoes and tomatoes for a cannery. Before that, orchards provided an income for the previous two generations.

When Richard and Alison took over the farm in the 1970s, they raised produce that was sold at three stands in the area, and Indian corn that was shipped to Philadelphia.

They had two sons, Drew and Dylan. The latter son runs the farm with his wife, Dena, and children, Lewis, 18, and Mitchell, 16. Along with Richard’s mother, Virginia, there are four generations of the Briggs family living on the farm currently.

Dylan Briggs said that keeping the operation diverse is labor intensive, but it’s also essential to keep the farm running for generations. His sons are actively involved, he said, and they represent the 10th generation on the land.

“I don’t think I’d be farming full time if we didn’t have the chicken house, blues festival, the corn acres and now the hemp,” Dylan said. “You need a little bit of everything. We lost the blues festival in 2020 due to coronavirus restrictions, but we had the hemp.”

The chicken house is a staple to the farm’s economy, producing 1 million eggs per month that are shipped to hatcheries utilized by commercial operations.

While diversification is crucial, the farm’s history is also a key to the family’s success. With generations farming the land before him, Dylan said having a foundation to work from and build upon has served as motivation.

“Having that base to start with, it’s like a marriage,” he said. “There’s a lot of transition happening on this farm and that’s been an important step with every generation. You realize (it) when you’re out in the spring going over the same fields that your ancestors farmed before you.”

Working the land is a common bond shared by generations, and so is facing present-day challenges.

The COVID-19 public health crisis resulted in a loss of revenue generated from the blues festival, but it’s nothing that previous generations haven’t faced. Richard said that Mortimer Briggs, who was his great-grandfather, had five sons and one died during the 1918 influenza pandemic. Another son, Ray A. Briggs, inherited the farm and he happened to be the only one that had children, one of whom was Richard’s father, Richard M. Briggs.

“Whatever we face today, there’s a good chance that a previous generation dealt with something similar,” Richard said.

Despite the long history, Richard said the family has usually been too busy to take notice of each passing milestone. Now that he’s in his 60s, the years and the family legacy do cross his mind, however.

“As you get older, you do think about it,” Richard said. “I do appreciate seeing Dylan and his sons on tractors and working the farm, and it’s great to see that all of this may continue on.”

And the possibility that the farm with a lengthy past has a bright future is a comfort to Alison, who said it’s up to next generation to decide where to take the direction of the operation.

“Never do you sit there and think about all the years, but you do feel the generations under your feet, their stories and their ways of doing things,” she said. “This is more than growing crops. It’s also the culture of the family and passing all of that down. That’s what helps the generations stay here.”