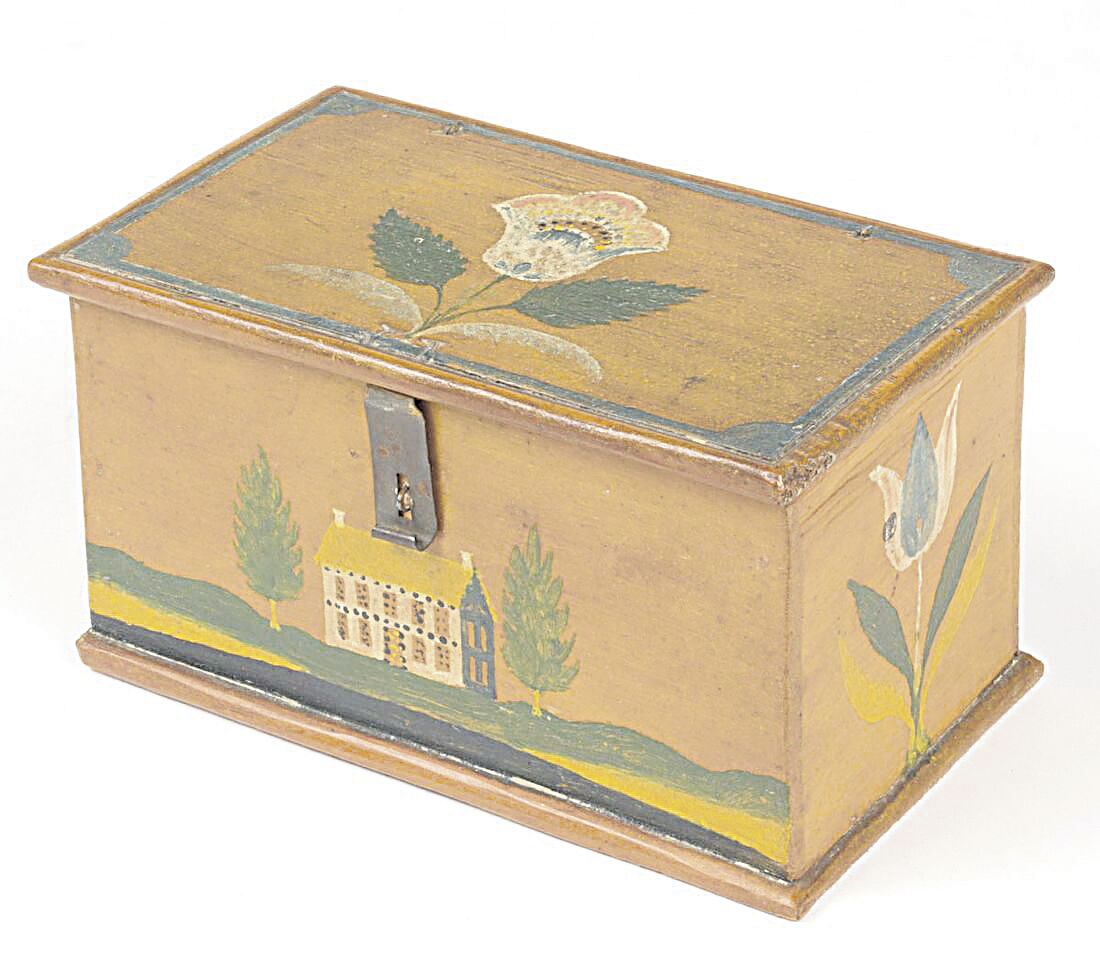 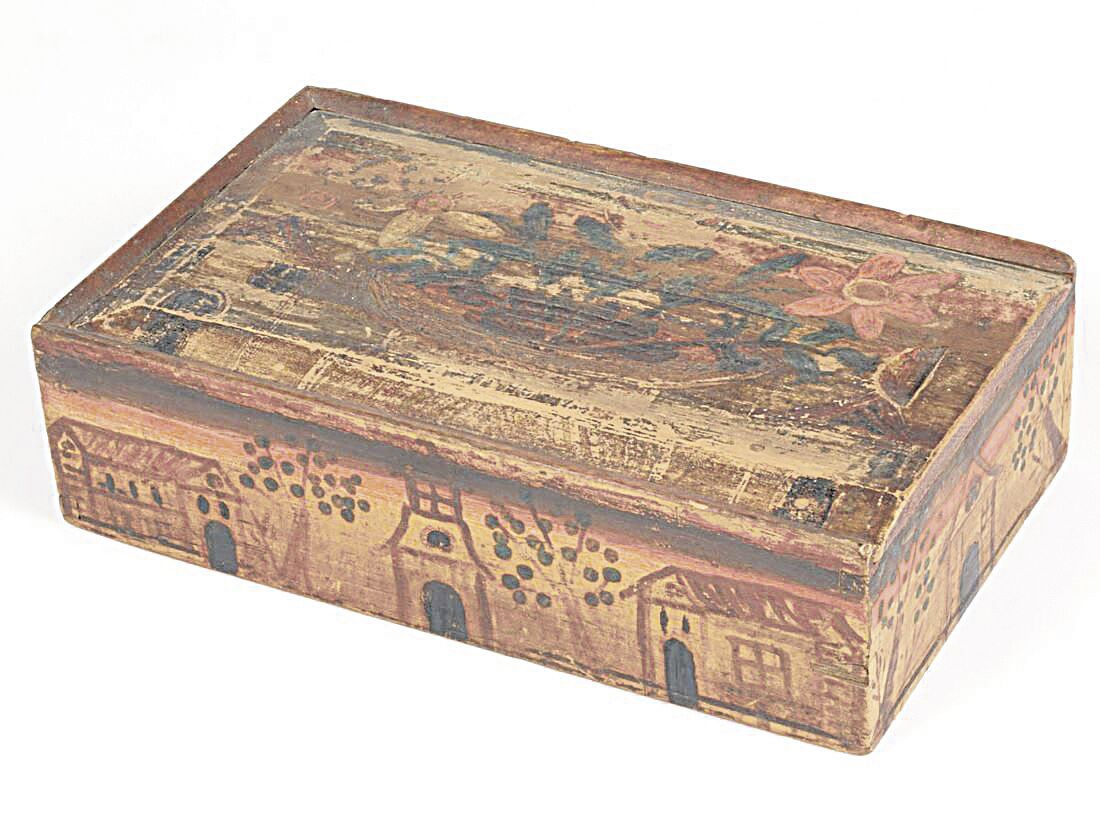 The humble wood boxes made in 18th-century America are popular and collectible when colorfully painted. As a November Americana auction proved, if they have a documented German Pennsylvania heritage, prices can zoom. Such was the case for a Lancaster, Pennsylvania, trinket dresser box with an estimated value of $20,000. It dated from 1810 to 1850. What made it special was that it was created by Jonas Weber and handed down in the family. The painting of a two-story farmhouse and landscape, along with a date and inscription, added to the value.

Other boxes from New York state and Virginia had estimates of $200 to $600.

Historically, the boxes served all kinds of purposes. Candle boxes were the most decorative and made of pine or poplar. Trinket boxes were often in maple. Spice boxes were contained in colorfully painted spice cabinets that could hold from four to eight or more boxes made to be stacked and nested into each other.The largest on the bottom held herbs. They were sometimes 20 inches long to hold the herbs that had been dried in bunches. Spice boxes contained ginger, pepper and nutmeg.

Bridal boxes were often 19 inches in length and colorfully painted, depicting a bride and groom and flowers. Some carried romantic inscriptions.

Tulips and morning glories were the flowers of choice along with painted panels. Sometimes, the name of the box’s owner and date were inscribed. The painted colors that have survived were reds, blues, yellows and greens. They were made from the clay in the soil, mixed with berries, bark and the indigo plant.

When you see how thin the wood is in the construction, considering the primitive tools used, it is amazing that the boxes survived. First, a strip of wood was thinned and a pointed lap was made. The more decorative the laps, the more pricey the piece. Next, the wood was soaked or steamed to make it pliable. Other times, molds were used to shape the boxes.

CLUES: Would you recognize a cheese box or a butter box if you saw them? While both are round, cheese boxes were pegged with wooden pegs and made of ash or oak. The cheese was wrapped in gauze.

The butter box was staved and hooped since the butter was moist and the staves had to “give.” White pine that had no scent was used for staves, tops and bottoms.

Early boxes can be recognized by the use of handmade nails that were cut, pounded out and shaped by a blacksmith on an anvil. Later boxes used machine-made nails.

Before spending too much on what is offered for sale as an antique painted box, do your research. If possible, visit museum collections. Examine a potential purchase for the above-mentioned clues. An early rarity can turn up anywhere.

Learn the Many Terms Used to Describe Oriental Rugs

When it comes to Oriental rugs, knowing the ins and outs of pillars, saddles, kilims and pictorials can go a long way to determining your antique rug's worth.

A question about copper pots: My great-grandparents came to America in the late 19th century. My great-grandfather was a candy maker in Greece…

Antique toolbox: Can you guess what this Landis Valley Museum tool was used for?

Do you know what this mystery tool, from the collection of the Landis Valley Village and Farm Museum, was used for?