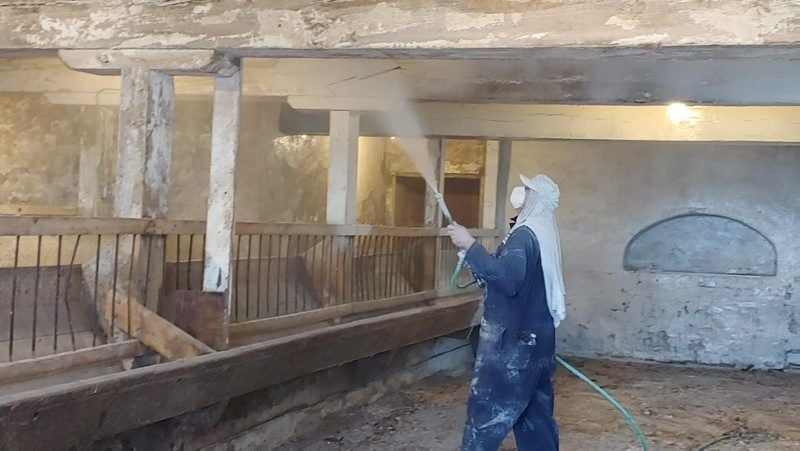 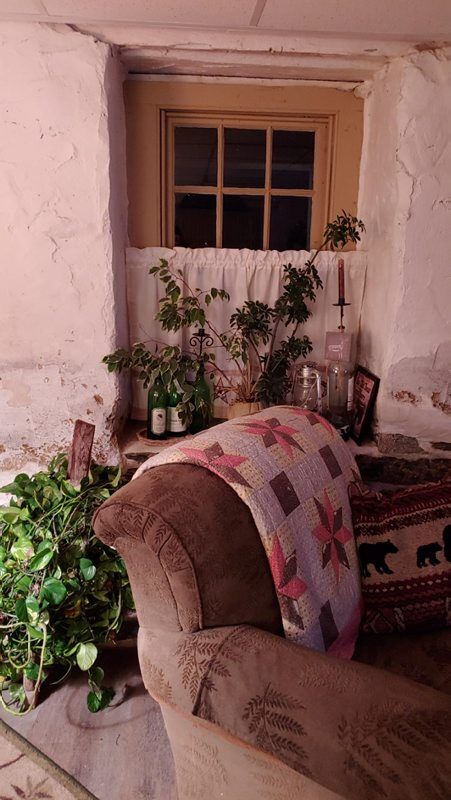 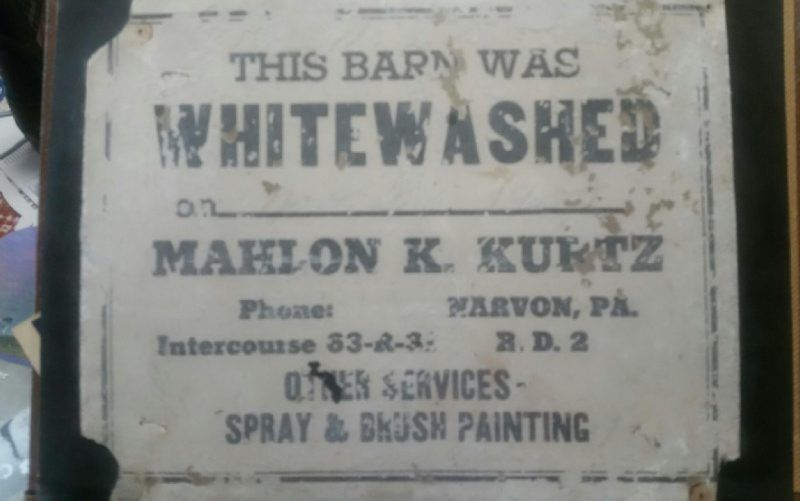 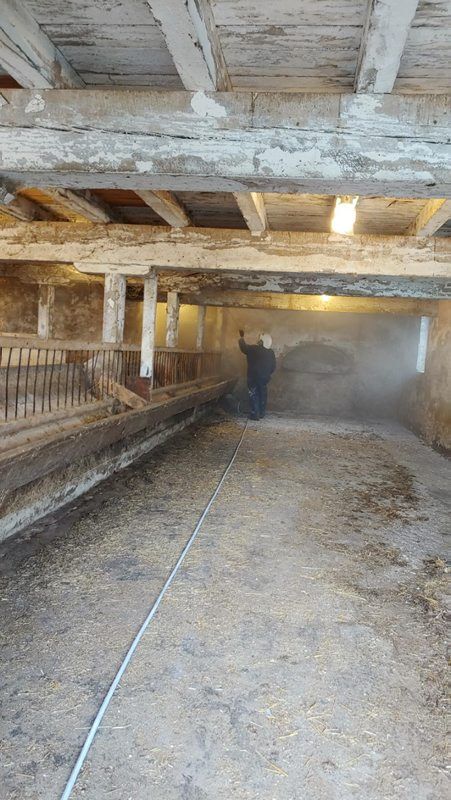 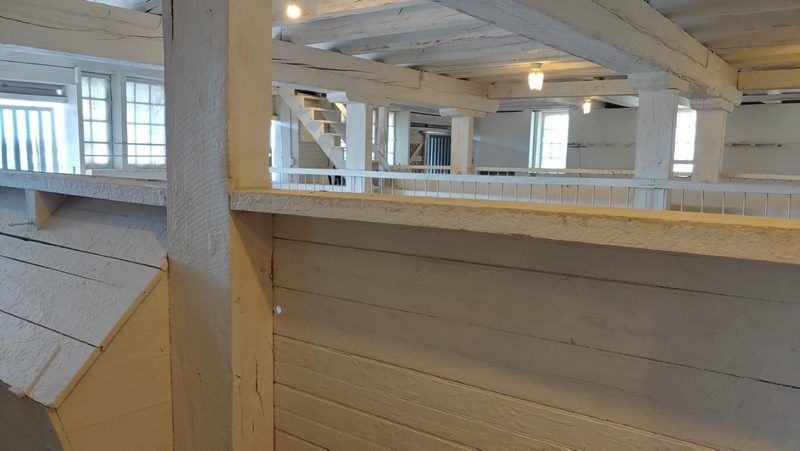 Many modern-day folks' knowledge of the noun "whitewash" is limited to Tom Sawyer's fence-painting episode in a 19th-century book by Mark Twain. Although this literary example of applying whitewash was young Tom's punishment from his guardian for skipping school in the 1840s, whitewashing has long been seen as a beneficial wall coating with numerous advantages.

Perhaps best-known in the agricultural community, the use of whitewash — an old-school, all-natural substance — has a lengthy history that continues into the present.

Encyclopedia Britannica ascribes the earliest use of the term whitewash to 1591, in England, where it was known as an inexpensive and speedy way to apply a clean, white appearance to structures using a coating made from chalked lime.

Also known as "lime paint," according to the Daily Press, whitewash made its initial appearance in America during Colonial times, when it was used to prevent the formation of mildew on both the interior and exterior of homes.

Lime itself offers many advantages, including its ability to act as a disinfectant, a cover-up for odors and an insect repellent. Its reputation as a mild disinfectant also made it desirable for use on dairy farms.

Lime's versatility extended to serving as an early form of cement, an ingredient for veterinary antiseptic ointments, an antifungal coating for tree trunks and a fertilizer for acidic soil. Lime was also utilized for sterilizing water, bleaching paper, discouraging garden slugs and preserving eggs for months.

While whitewashing is a simple process, the chemistry behind it is considerably more complicated.

Lime is a powdery substance derived from burning limestone, also known as calcium carbonate (CaCO3), in a kiln. During this process, carbon dioxide (CO2) is given off and what remains is calcium oxide (CaO), called "quick lime." When water is added to quick lime, in a process called "slaking," the result is Ca(OH)2, known chemically as calcium hydroxide, or more familiarly, lime.

The chemistry lesson continues when a mixture of slaked lime, salt and chalk are mixed with water to form a thin, paint-like consistency. Applying this substance to a surface allows it to react with the air, causing carbonation, a chemical reaction that "knits" the whitewash to that surface.

In addition to benefits like its relatively low cost and ability to brighten dim area thanks to its reflection of light, whitewash also has some perceived disadvantages. It won't wear as well as paint and, in fact, is designed to flake off over time, taking with it dust and sediment which may have accumulated on the surfaces to which it was applied.

There is also a tendency for the whitewashed surface to leave white smudges on clothing or other items that contact it; however, these marks are easily brushed away.

In earlier days, whitewash was applied using a brush, much as Tom Sawyer did when painting his Aunt Polly's fence. Prior to the application, the surface to be whitewashed would have been brushed or scraped to clear away any debris that might interfere with the adherence of the whitewash.

Today, times have changed, and while whitewashing remains a useful method for sanitizing and providing a clean, attractive appearance, there are improvements in its composition and application method.

Beitzel's Spraying on Hartman Station Road in Witmer, Lancaster County, Pennsylvania, was founded in 1961 by Maynard Beitzel. His business consisted mainly of applying whitewash to the interior of dairy barns to help them comply with state and federal sanitation regulations. When Maynard decided to sell the business in 1991, his brother Willard approached acquaintance Roman Musser about buying it.

Musser, who was a school bus driver at the time, likes to say he was "talked into it" by Willard Beitzel, but history shows Musser has no regrets. Today, Beitzel's Spraying, now known as Farm Buildings Sanitation Inc. (FBS), is a three-generation business of the Musser family. It employs a staff of 20 that includes five family members —Roman, his son Shelley, and three grandsons. The business has a service area ranging through central and eastern Pennsylvania as well as parts of New York, New Jersey and Maryland.

Whitewashing dairy barns once made up 80 percent of FBS' business; however, changes in the dairy industry and depressed milk prices have caused a decline in that figure to about 25% of FBS' jobs. By following agricultural trends, particularly those related to poultry and hog production, FBS has expanded its services to include disinfecting, fumigating, ammonia control, insect control, power washing and air cleaning, as well as rodent control programs using bait boxes.

Joe Veilleux has been applying whitewash to barns, outbuildings and historic homes for all 24 years of his employment with FBS. Instead of brushing on the whitewash, Veilleux sprays it on at 450 psi of pressure using a truck-mounted hydraulic pump connected to a tank holding the whitewash. The tank is constantly agitated to prevent settling and ensures a smooth, even coating.

Veilleux first removes dirt and debris from the surfaces to be coated. This cleaning is accomplished using 200 psi of air pressure to clear away spider webs, dust and old coats of whitewash.

Musser said that whitewash may be applied in temperatures as low as 40 degrees and typically dries within several hours, becoming increasingly whiter as it dries. Rainy or damp weather can increase the drying time. He said that clay-based whitewash adheres best to rougher surfaces like plaster and wood, which allow it to bind to those components, based on the same type of chemistry as lime-based whitewash. Conversely, shiny surfaces like metal, plastic or glass are not good candidates for whitewashing.

One of Veilleux's hobbies is collecting the signs that whitewashers usually leave behind attached to a beam, advertising which company did the most recent whitewashing job and when. Most are very straightforward, however, one in particular demonstrates Veilleux's claim that, "If you're a whitewasher, you have to be a character."

It reads: "$1.00 a Month Club — This barn whitewashed by ______ should entitle Mrs. ______ to 1 year membership if she (1) washes the milkers by 8:30 every morning. (2) feeds all cattle daily except Christmas and New Year which should be considered vacation time. (3) cleans stable and sweeps barn by 9:30 a.m. (4) raises at least 17 to 21 replacement calves per year. If this mistreatment goes on for 1 Year and you have not received your $12.00, don't shoot the Milk Inspector or kill the Feed Salesman — Just dial JONESTOWN 865-4931 and we will brighten your place of misery for another year."