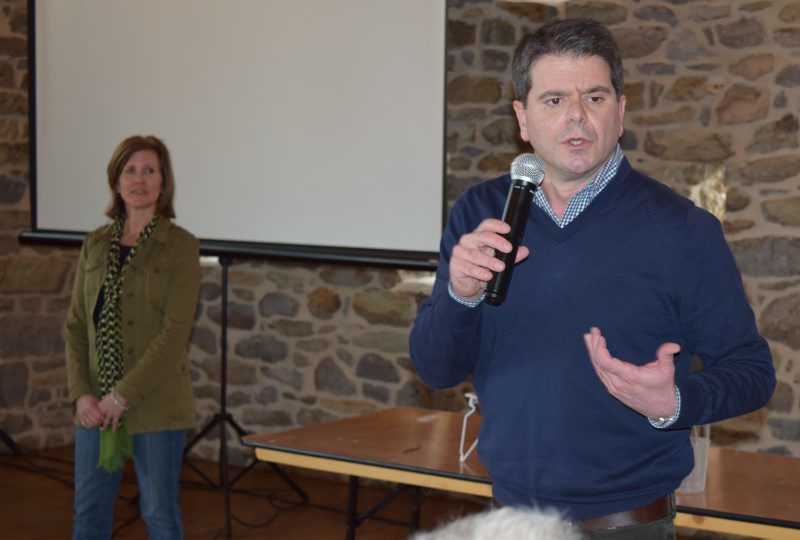 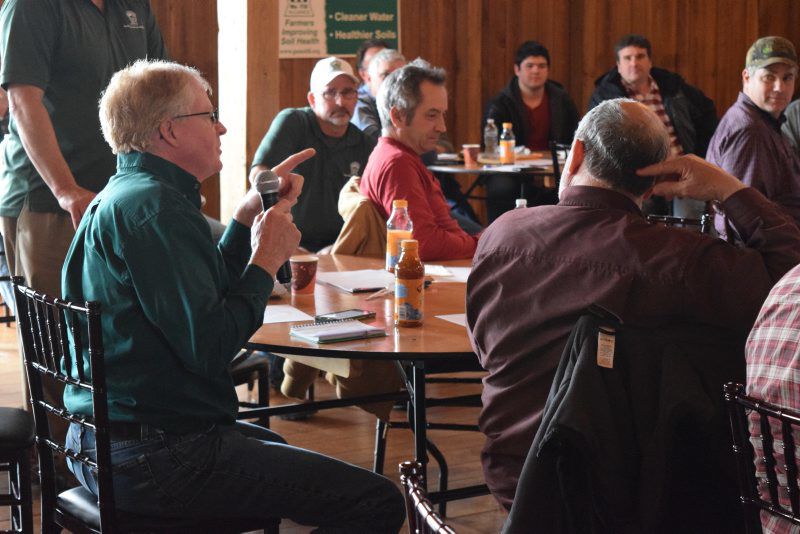 ELIZABETHTOWN, Pa. — Few government bodies can send a chill down a farmer’s spine like the Environmental Protection Agency.

Other agencies — from the USDA down to county conservation districts — are known for helping farmers.

It has the power to regulate, push changes in farm practices and levy fines.

“We should be giving you predictability. That’s an important thing,” said Cosmo Servidio, the Mid-Atlantic regional administrator.

Servidio — who also serves Delaware, Maryland, Virginia, West Virginia and the District of Columbia — met with farmers during a Pennsylvania No-Till Alliance gathering on Monday at Hershey Farms.

Mild-mannered and businesslike, Servidio spent more than an hour talking about his vision of an agency that emphasizes practicality, listens to farmers’ concerns and fills out paperwork in a timely manner.

“Nothing sits on my desk,” he said.

Dean James, a Danville farmer, told Servidio that environmental compliance can be time-consuming and cumbersome.

Nutrient management plans, for example, take months to be written and reviewed by trained professionals.

But after that, farmers have to implement the complicated plans right away, and there’s little room for last-minute adjustments, he said.

Servidio acknowledged environmental compliance can be confusing, especially because farmers often have to meet separate federal and state requirements.

Still, he said, if the state and conservation district are already working to resolve an issue on a farm, the EPA should stay out of it.

And if states want to simplify their compliance procedures while still fulfilling federal law, “we’re open to that,” he said.

Servidio’s goal is to give farmers clarity about what they need to do to comply.

“It’s always frustrating where somebody says, ‘We got this one letter from EPA, and the state sent us this letter saying something different.’ That shouldn’t be,” he said.

Servidio is also building bridges to state agencies, holding monthly calls with the state environment and agriculture secretaries in his region.

Dairy farmer Jim Harbach gave him something to talk about on his next call.

It seems, Harbach said, that concentrated animal feeding operations like his are held to — and meet — a higher environmental standard than other farms.

Yet the state Department of Environmental Protection has proposed increasing fees for the CAFO program, which it administers for EPA.

“It’s kind of like when you go to school and you do the best you can and you get disciplined for something somebody else did,” Harbach said.

CAFOs are doing a great job of environmental stewardship, but getting all farms up to a certain level of conservation is important too, said Kelly Shenk, EPA’s regional agricultural adviser.

The same concept holds true for the Chesapeake Bay cleanup.

Agriculture has been one of the biggest sources of pollution reduction so far, though the industry still has a long way to go.

“It’s going to take everybody doing their part,” Shenk said.

Outside of agriculture, EPA is working with cities to reduce pollution from wastewater treatment plants and stormwater.

The agency has secured a number of consent decrees with cities around the watershed, and it’s pursuing more, Servidio said.

Many small municipal wastewater systems are at least 50 years old and nearly defunct.

But replacing a plant can cost hundreds of millions of dollars, so cities have some work to do, Servidio said.

Urban areas are the fastest growing land use in the watershed and the most difficult pollution source to control after they’re in place, Shenk said.

But farmers should not expect their water quality obligations to go away either.

“That takes an act of Congress, and the president has to sign it,” Servidio said. “If that happens, I’ll implement the law. Until that happens, what’s on the books is what we have to do.”

In the case of air emissions, the requirements stem from a court ruling.

EPA had exempted farms from reporting their emissions back in 2008, but a federal court overturned that decision last year.

The court is expected to issue a mandate in May that will require farmers to report their emissions for the first time, Shenk said.

State legislatures and Congress have introduced bills to exempt all farms from the requirement, but in the meantime, the EPA has posted information at epa.gov/animalwaste so farmers can see what they need to do to comply.

At this point, the agency is not contemplating expanding its air emissions regulations, Shenk said.

Pennsylvania says it has a $750 million plan to achieve its 2025 Chesapeake Bay goals.