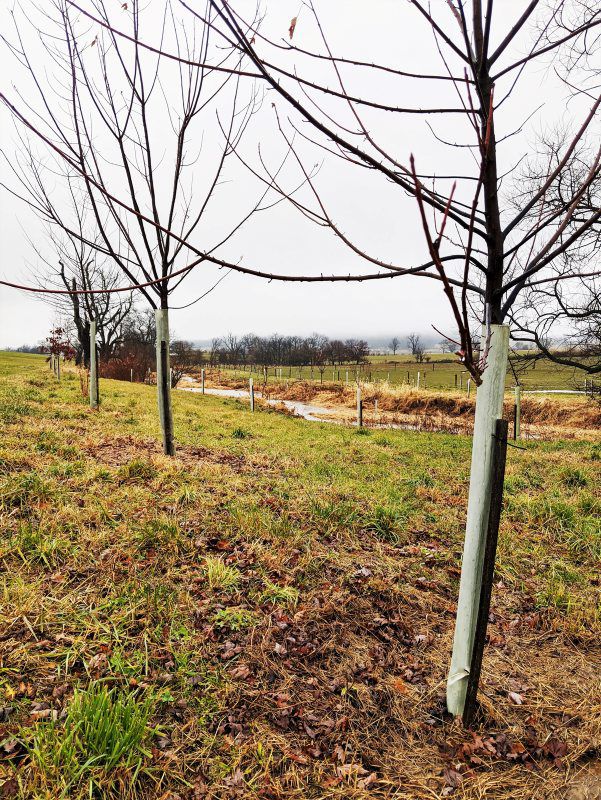 Farmer C has a riparian buffer on both sides of the stream that runs through his farm.

Farmer C’s covered manure storage gives him the flexibility to apply manure when it fits his schedule and when the ground is in its best condition to receive manure. 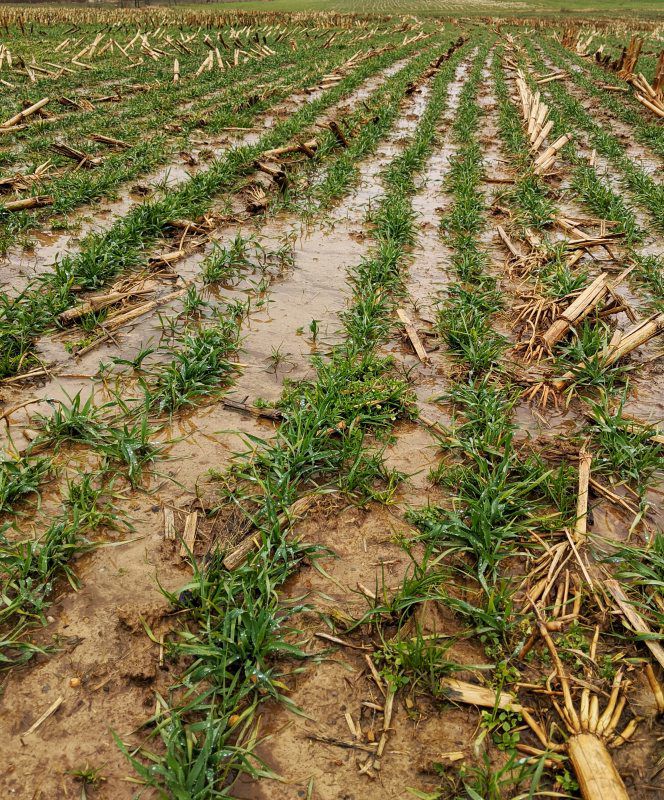 Because of wet conditions, Farmer C planted a cover crop of cereal rye late last fall. Though the rye, seen in this Dec. 17 photo, won't grow enough to produce a forage harvest in the spring, the farmer still valued the soil health and erosion control it provides.

Farmer C has a riparian buffer on both sides of the stream that runs through his farm.

Because of wet conditions, Farmer C planted a cover crop of cereal rye late last fall. Though the rye, seen in this Dec. 17 photo, won't grow enough to produce a forage harvest in the spring, the farmer still valued the soil health and erosion control it provides.

LANCASTER COUNTY, Pa. — Improving water quality is not money down the drain.

In fact, conservation practices can save Pennsylvania farmers money and increase productivity, according to a report released in November by the Environmental Defense Fund and ag consultancy K-Coe Isom.

The finding is based on case studies of four dairy farms, three in Lancaster County and one in Lebanon County, that used practices such as no-tilling and manure storage that reduce the nutrient and sediment that end up in streams.

Planting cover crops, for example, was associated with increased yields on all four farms. Conservation tillage saved labor and fuel, and fencing cattle out of streams improved herd health.

Even building a manure storage unit — a pricey undertaking that almost always requires financial assistance from the government or a nonprofit — has its benefits. It allows farmers to optimize nutrient applications, increasing crop yields, and the solid separation produces bedding that cuts mortality and slashes bedding and veterinary costs.

“Once a farmer sees the economic value of any one conservation practice, we feel he’s more receptive to investing his own money,” said Suzy Friedman, a report author from the Environmental Defense Fund.

Still, the economic benefits of conservation may not be enough to make farmers profitable when milk prices are low.

The report concludes that financial and technical assistance — already widely used to do ag conservation work — should be improved.

The farmers in the case studies provided detailed financial information and are identified only as farmers A, B, C and D.

Lancaster Farming arranged a visit with Farmer C, a farmer who has 51 acres and milks 45 cows.

Much of his work was funded by a $250,000 loan from Pennvest, a state agency that finances water-quality projects.

The loan paid for a covered mortality composting structure, a forest buffer along his creek, streambank fencing, drain tile for wet parts of his fields, storm drains, and barn gutters and downspouts.

The farmer’s out-of-pocket cost was minimal because the loan came with a 100% principal forgiveness clause. That perk is available to borrowers based on income.

When Farmer C bought the farm from a family member almost a decade ago, the land had already been in no-till production for a number of years.

He uses cover crops after corn to build soil organic matter and, if he plants early enough in the fall, harvest some forage in the spring.

Even if the corn comes off late — he had 6 acres that were too wet to harvest until late November last year — he still plants the rye. The cover crop will only be about 6 inches high at planting time this spring, but the farmer figures planting the rye was worthwhile for the soil health and erosion control it provides.

In recent years, he has harvested 28 tons of forage and 175 bushels of shelled corn per acre. He credits no-till, cover cropping and other practices with improving his yields and feed quality, and reducing feed purchases.

When Farmer C took over the farm, he got a liquid manure storage system that had been built in 2005 with a 20% cost-share from the USDA Natural Resources Conservation Service.

The system holds six months’ worth of liquids in the summer and three months’ in the winter.

The report said the manure storage made a huge difference in his ability to get value out of his manure through better utilization and improved crop yields.

Friedman said manure storage is perhaps the most critical component of a dairy farmer’s conservation practice — and the most expensive.

Farmer C said he is very happy with his total conservation program but could not have done it without public funding.

While the exact dollar value of particular conservation practices can be hard to calculate, the report found another participant, Farmer A, got a quick payback.

By switching to manure solids, Farmer A saved the $52,000 a year he’d have to pay to buy bedding.

Passing the solids through a roaster gives him sterile bedding, which is a boost to herd health, which saves another $51,000 in veterinary bills. He now has three or four cow deaths a year, down from 12, and he’s able to sell a small amount of his separated solids.

The total economic benefit from the manure solids program is $112,000, meaning the system paid for the farmer’s investment in just one year.

Farmer B has a 90-acre operation with 60 cows. He plants corn, alfalfa and grass hay as his main crops, and triticale and oats as cover crops.

He recently began no-tilling his crops and noticed an immediate improvement in the water quality on his farm.

He also saw significant yield increases in his corn and hay crops, which saved him $15,000 a year in purchased feed.

Working with an agronomist to fine-tune his nutrient management also paid dividends, according to the report. Farmer B is currently exploring his options for better manure storage.

His biggest investment was a $1.1 million anaerobic manure digester he installed in 2007. He put $500,000 into the project, with the remainder coming from grants and carbon credits.

The manure-to-energy digester saves him $1,500 a month in electricity.

The farmer also has a manure separator, which saves him $3,000 a month in wood-shaving bedding.

His transition to no-till planting a few years back saved him over $44,000 in annual labor costs and $2,600 in fuel costs. Cover cropping reduced erosion from wind and heavy rains, and the practice reduced feed costs through harvested forage.

To encourage farmers to adopt conservation measures, the report recommends government agencies provide guidance on tracking and assessing such projects.

Funding contracts should also be extended, the report said, to give farmers a better chance of making a return on their investment.

Pennsylvania, the authors said, might be able to tweak its Pennvest loan program to make it more attractive to farmers.