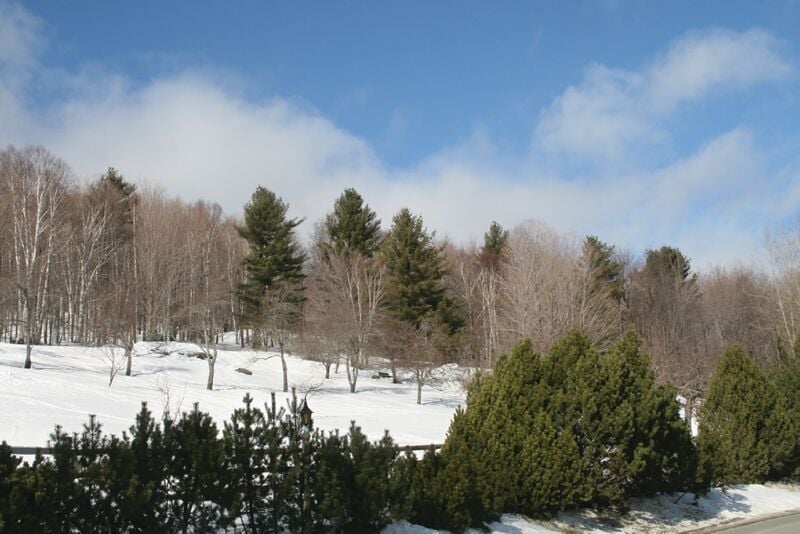 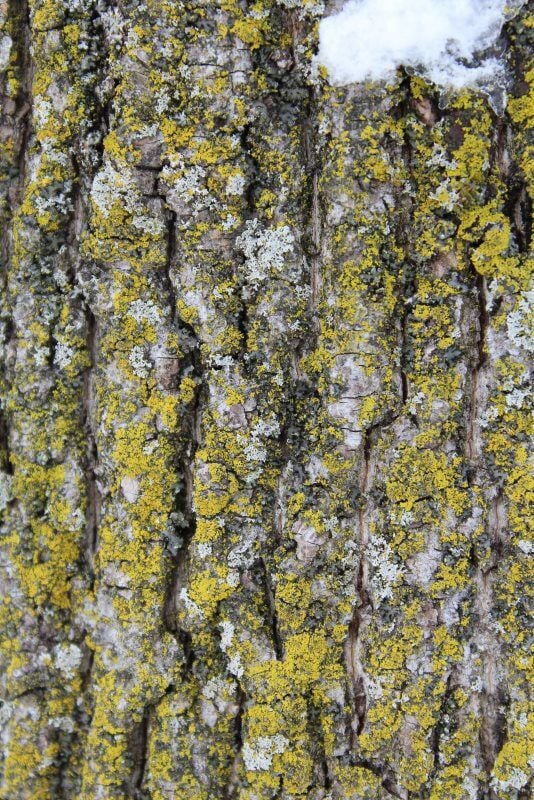 Don't mistake moss on tree bark for its true color. 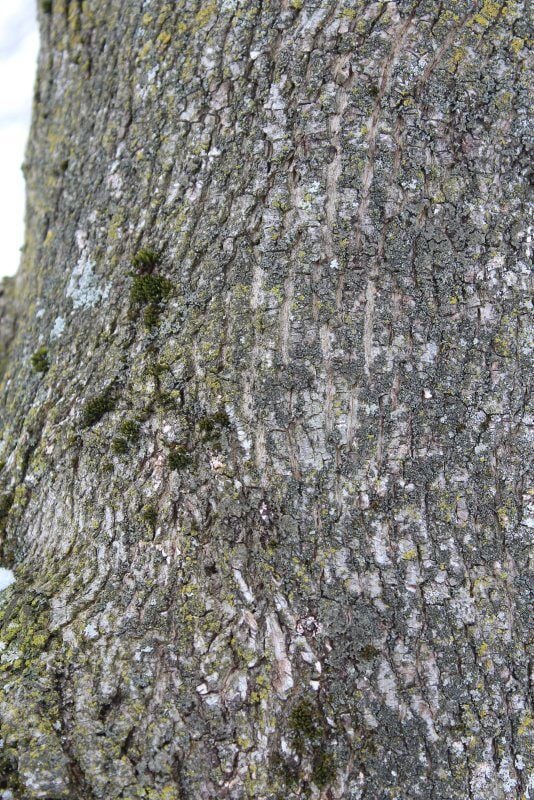 If you know what trees populate your forest, you can better manage them for money-making opportunities, such as logging and maple syrup production, and to prevent pests and diseases from causing damage. A recent webinar focused on how to identify your farm’s or woodland’s trees in winter. Vermont Land Trust forestry members Pieter van Loon, Dan Kilborn, Caitlin Cusack and David McMath presented “Barks, Buds and Branches: Learning to Identify Trees in Winter.”

While looking at a tree’s leaves can readily tell its species, that gets tough in wintertime. For some forest owners, the down time in winter, along with the reduced underbrush of their forests, makes it a good time to get to know their trees. Knowing what to look for in the bark, buds and branches can help identify what is growing in their woodlot.

Kilborn said that telling white ash, green ash and black ash trees apart can include looking at the buds.

“You see a U-shaped scar on the white ash,” he said. “You see a sideways D shape on the green ash and black ash.”

In addition, green and black ash can grow in areas prone to moisture, but white ash prefers “dry feet,” or dry roots.

As for the bark, all three species “look pretty bland,” Kilborn said. “Green ash might often have a more finely laced pattern, but bark characteristics are influenced by how well the tree is growing.”

He said that white ash has smooth bark in the upper branches.

“With ash, we’re (at) an important time in its history,” Kilborn said. “All our species are being influenced by the emerald ash borer. You’re seeing ash stands ... look far different. Woodpeckers can cause blonding (where patches of white are exposed).”

As for the emerald ash borer, he said that the Vermont Land Trust is learning about tree resistance in Washington as well as monitoring and management tools.

Chills of the Good Kind Await the Winter Backpacker, Without Crowds

“Oaks are very special to me,” he said. “We have a large oak near our family.”

He said that red oak “tends to be more cold-hardy.”

The bark of the red oak tends to appear dark gray to black.

“The older bark tends to have lichen on it,” McMath said. “It’s in tight furrows separating furrowing ridges. The bark will become rougher, but up the trunk and on younger trees, it gets smoother. The inner bark has a pink in it. It has persistent leaves. That can help you narrow it down. Our oak typically has leaves until Christmastime.”

The red oak has pointed ends on the lobes of its leaves. The white oak’s leaf lobes are rounded.

“Because the leaves are persistent, you can often grab a leaf and see,” McMath said.

He added that the bark of the white oak is light gray and white, compared with the red oak.

“It can be shallow and deeply furrowed,” McMath said. “It’s a rougher look than the red. On the older trees, often these plats are curling off the tree. It’s a place for a little brown bat to hang out. You won’t see (it) on the red (oak).”

The white oak has a more gnarly branch pattern that is better seen in the winter.

“The white oak can be a very solitary tree,” McMath said. “You find it by itself more often. You don’t find that in the red.”

The American beech and the hop hornbeam have a similar growing range, but the former species is more widespread.

Smooth, pale-gray bark is characteristic of beech. When bears climb high into beech trees to get to the beechnuts, they sometimes pull branches toward themselves and tuck the branches around them while they rest and eat. They also leave behind claw marks and at the top, “bear nests.”

Beech have persistent leaves, and 1-inch to 1-1/2-inch, orange-tinted buds that McMath called “very pronounced.” The trees are susceptible to beech bark disease, a fungus that follows insect damage.

Its thin, scaly bark peels outward but young trees have smooth bark. Its buds look like a three-pronged goose foot and its seed pods look like hops.

“Looking at the buds, the beech is very distinct,” McMath said. “ Look at the fruits. The beech is really cool. If you see it in the fall before the squirrels get them, you can eat the buds. With white oak acorns, the lid almost covers the entire acorn. The red is more like a cap or saucer.”

Van Loon spoke about paper birch, which he said rot fast, and are “great for cavity nesters like nuthatches, woodpeckers and chickadees.”

The bark’s spaces provide insects for the birds. The birches’ names indicate bark color. In addition, gray birches feature a black triangle below leaf scars on their twigs.

Yellow and black birch buds bear a wintergreen taste and smell, but black birch is stronger.

Cusack shared information on maple varieties. She has good reason to scope out her woods for these trees.

“What started as a hobby with 40 buckets, became a 750-tap operation as we got bitten by the sugaring bug,” she said.

Maples bear opposite-branch patterns and have bark that looks like crackled, old paint.

“As the tree ages and new bark layers develop, vertical cracks develop but you can still see the pattern of ‘old paint’ between the vertical cracks,” she said.

The sugar maple borer has damaged many maple trees.

“The larval stage feeds beneath the bark and creates mostly horizontal feeding gallery where it’s gone through the wood and breaks off the flow of sap and nutrients,” Cusack said. “The bark will try to grow over it.”

The red maple bark is smooth with a gray/silver color and without the old paint pattern.

“As the tree starts to grow, the bark develops vertical cracks,” Cusack said. “Those strips tend to develop and widen as the tree gets bigger. You’ll see the strips start to curl on the ends and they’re flaky. The sugar maple strips won’t curl as much.”

The buds on sugar maples are pointed and bear a resemblance to another common sight in Vermont —church steeples.

The International Maple Museum Centre is dedicated to preserving the history and legacy of maple sugaring.