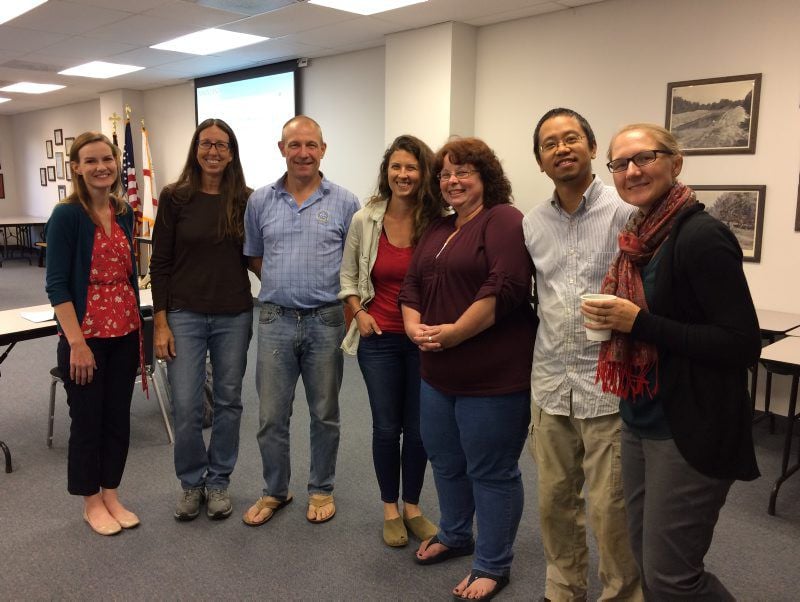 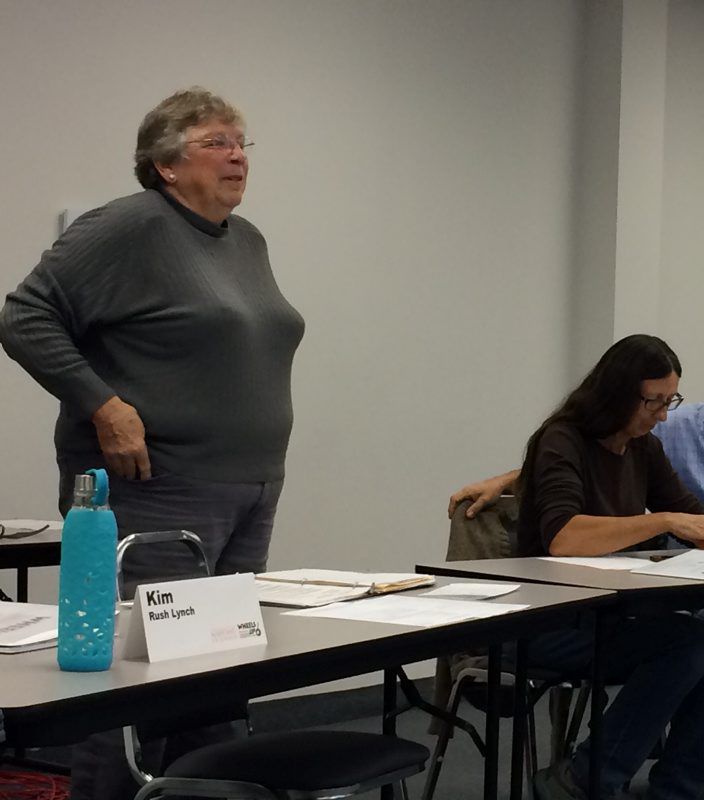 UPPER MARLBORO, Md. — It’s one thing to start a farm, but it’s another to run a successful farm after three years.

At a recent “Wheels Up” farm workshop, participants who have been farming for three or more years contemplated changes so their businesses can survive for the long haul.

The “Wheels Up” workshops are put on by University of Maryland Extension. They focus on beginning farms that are in their third year and have moved beyond startup.

The purpose of the workshops is to help emerging farmers expand their business skills so they can make decisions based on the experience they’ve acquired thus far.

A small group representing six different farms attended an Oct. 24 workshop in Upper Marlboro on advertising and financials. Other workshops in the series focused on mission and goals, production, and marketing.

“The folks here tonight are not coming to get answers, they’re coming to decide what questions to ask about their own businesses,” Ginger Secrist Myers said. “It boils down to, ‘Why do I do what I do?’ and ‘Why don’t I change things that aren’t working?’ Those are the questions these farmers need to answer. Their farms are moving from survival mode to thriving businesses.”

Secrist Myers and Rush Lynch talked about the importance of networking during the workshop.

“They’re hearing practical voices and sharing ideas and challenges as well as ways to overcome them. We’re learning what people are going through,” Rush Lynch said.

Tiralla focused on the usefulness of social media as well as websites. Tiralla, who co-owns Monnett Farms in Prince Frederick, emphasized developing a marketing plan with advertising as one component.

Like most attendees, Lori and Doug Hill of Cabin Creek Heritage Farm in Upper Marlboro have invested in an appealing website, started a community-supported agriculture venture and participate in local farmers markets. Tiralla suggested the Hills, along with the other farmers, work with local chefs, restaurants and farms that produce products they don’t offer to co-market and expand their customer base.

The Hills have focused on value-added products. They found a butcher who helped them turn their meat into sausages, which they market through their CSA and also sell at a farmers market.

The fresh sausages increased the traffic to their booth.

Secrist Myers said any business owner should consider changes when things aren’t going as well as they should.

“If this isn’t working, why am I still doing it? What should I change?” she asked.

Attendee Asante Johnson shared her marketing experience at Twisted Acres Farm in Indian Head, where she raises herbs and popcorn.

Her Twisted Acres gourmet popcorn has gained popularity among dieters.

Johnson said that by talking with her customers, she has learned what people on a diet are looking for. She said that she went back to her spreadsheet and decided she could offer a small package to encourage first-time buyers.

She said that she is finding that customers who tried the small bags of popcorn are returning and buying not only larger bags, but they’re also trying some of her specialty popcorns.

Valerie Lafferty of Springfield Farm in Sparks said she went national to capture new customers. She identified a prestigious competition and coordinated with Sláinte Irish Pub and Restaurant in Baltimore to create new menu items for the contest. The American Institute of Wine and Food awarded them Best Entrée, giving them national recognition.

Rebecca Seward of Red Tree Farmstead in Nanjemoy said she has expanding the farm’s product offerings beyond flowers, eggs and vegetables.

To expand her customer base, she said she is educating potential customers on how to cook. The farm’s CSA puts together simple recipes using her vegetables. She even sets up old-fashioned slates at markets with explanations on the various qualities of her vegetables.

“We’re trying to build relationships with our customers, see them as part of the family,” Seward said.

Ron Williams Jr., who works in aquaculture, brought a different perspective to the group

“I started Dorchester’s Farm Food Hub in Suitland, Maryland, due to the lack of grocers with access to fresh foods in my local area, and I started farming to solve the problem of ‘big boxes’ leaving. We’re adding nutritional options for African Americans,” Williams said.

While he has a market for his farm products, finding a price point that keeps his aquaculture farm afloat has been tough.

On Dicot Farm in Waldorf, Meghan Ochal and Erik DeGuzman raise certified organic greens and vegetables. They’re using their carefully monitored spreadsheets to determine what is selling, what to plant, and how to group their fresh kale and bok choy to entice potential customers to their table at local farmers markets.

“If we do a CSA, how can we be sure we’ll be able to meet our customers’ expectations? What if our tomatoes don’t produce?,”.... asked. Ochal and DeGuzman have developed recipes using their fresh produce. The recipes are featured on their website and they’re including them with packaged vegetables at the markets.