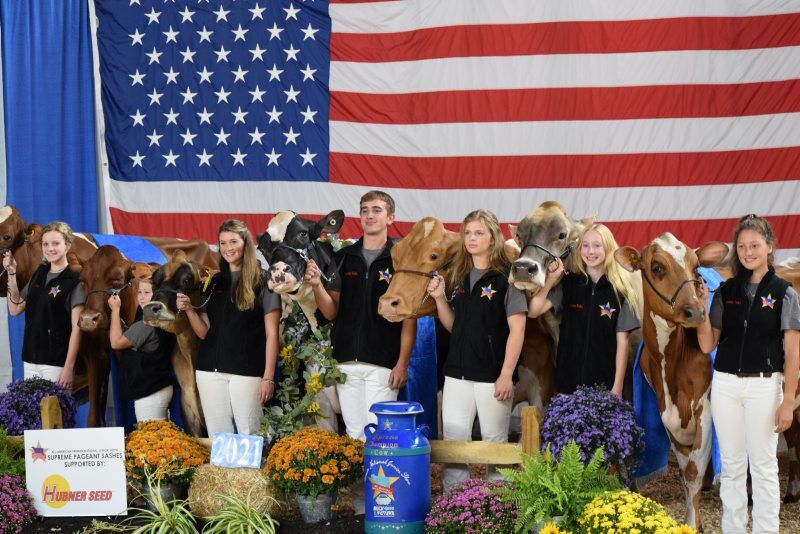 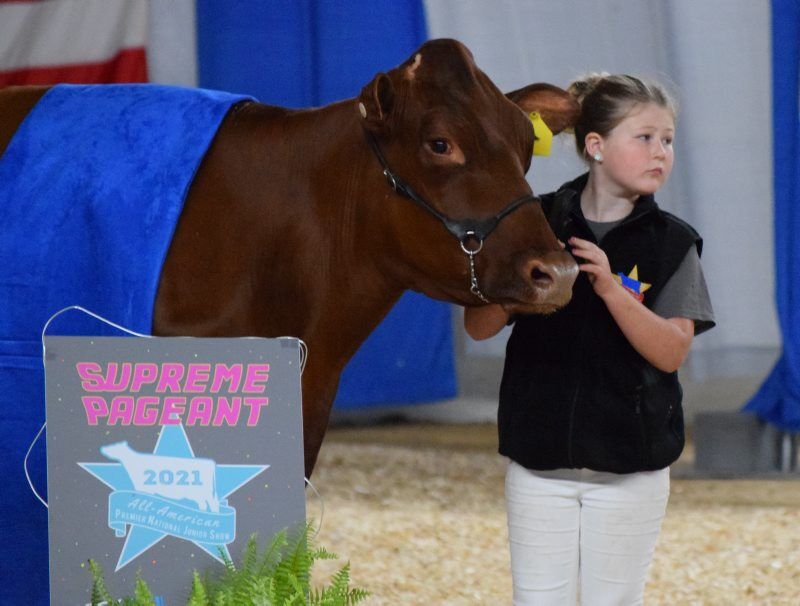 Natalee Zug stands with her grand champion Milking Shorthorn while the judges deliberate. 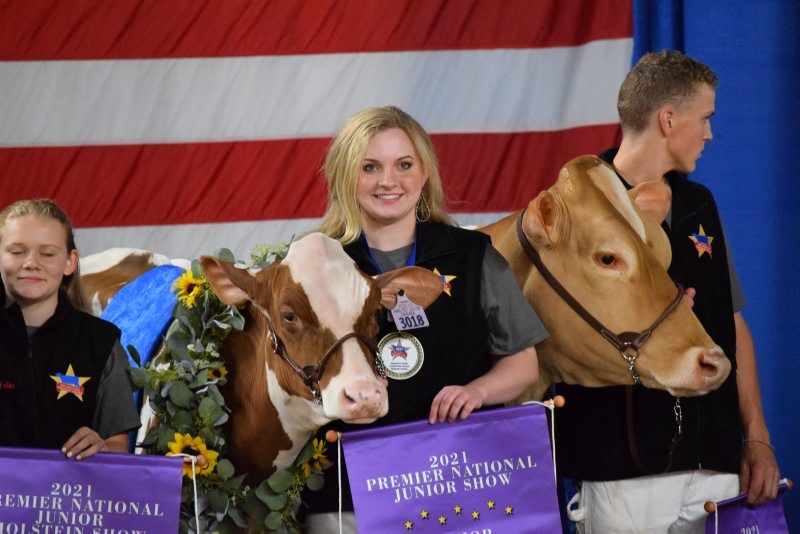 Trinity Miller poses for photos with her supreme champion Red and White heifer. 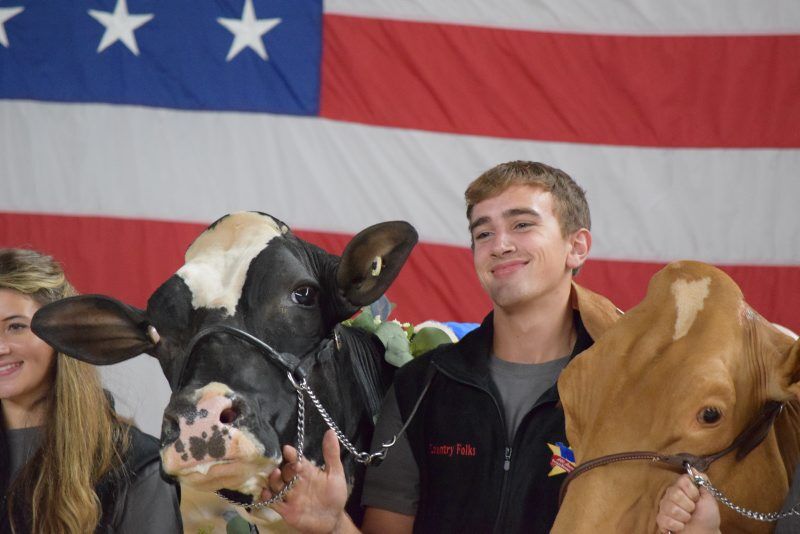 Hayden Weaver poses for photos after winning supreme champion cow with his Holstein.

The 9-year-old was part of the Premier National Junior Show supreme champion pageant on Sept. 20 at the All-American Dairy Show.

Natalee showed the grand champion Milking Shorthorn cow, Millcreek Presto Annie, and was in the running for the junior show’s supreme champion.

Though she didn’t walk away with the supreme title, Natalee was happy with her grand champion cow, as was her grandfather, Bob Stanton.

“I never dreamed it,” Stanton said of his granddaughter’s big win.

Stanton, of Everett, has been showing at the All-American Dairy Show for more years than he can remember, but he guessed it’s been more than 20.

Stanton said family members have won classes before, but no one had ever taken home a grand champion banner before.

Natalee, of Mifflintown, loves all kinds of animals, but right now her favorites are cows and horses.

“This girl can show anything,” Stanton said.

Natalee and her grandfather both were surprised that she came out on top of the Milking Shorthorn show.

She competed in the open show along with Stanton.

Natalee said she feels confident going into the open show, but Stanton didn’t expect any more banners for the week.

“I think we did the best we’re going to do,” he said. “She’s up against the big boys now.”

Natalee said her favorite part of being at All-American is having the opportunity to show, and for only 9, she’s pretty good at it.

Natalee was the top Milking Shorthorn exhibitor in the junior showmanship division.

She said she plans to keep showing for a very long time, even as long as her grandpa has been showing.

The youth show had 583 cattle shown by 540 exhibitors.

Here are the results from the 57th annual All-American Dairy Show.

For Erin Curtis, a sophomore at SUNY Cobleskill, showing at the New York State Fair is a regular part of her summer. Curtis, 19, is studying animal science with a concentration in dairy. The ambitious teen hopes to complete the four-year program in three years, and also obtain her teaching degree so she can instruct in a high school ag program and return to her family farm, Cedarcut Farm in Cazenovia, to continue to raise heifers there.

The National Holstein Convention sale was held June 24, 2021, at the West Lampeter Fairgrounds in Lampeter, Pennsylvania.

Rachel Kline Nickel has always loved cows, and has spent most of her life caring, showing and advocating for cows and dairy.

While more common in Southern states, Brahman cattle are being raised by the Kuhn family in northern Bradford County, Pa. Randy Kuhn said the breed does well even during a cold winter.