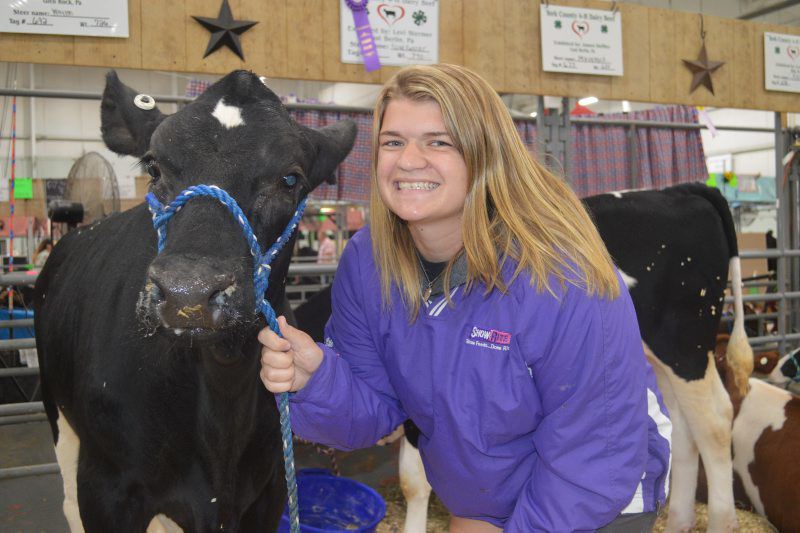 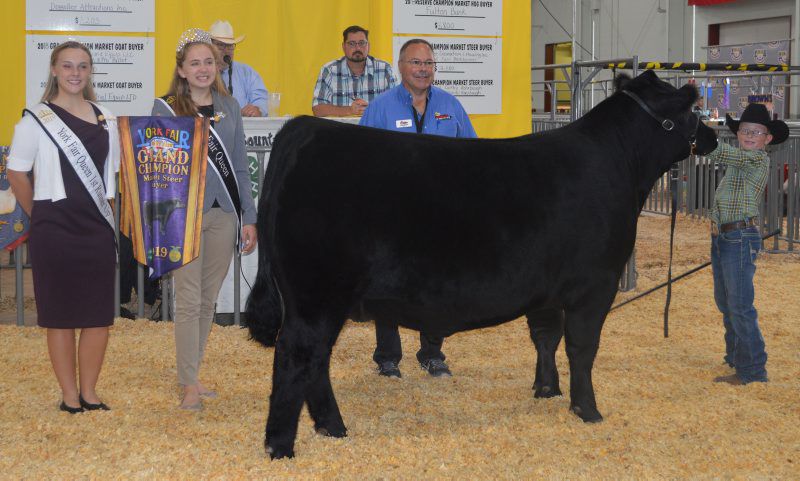 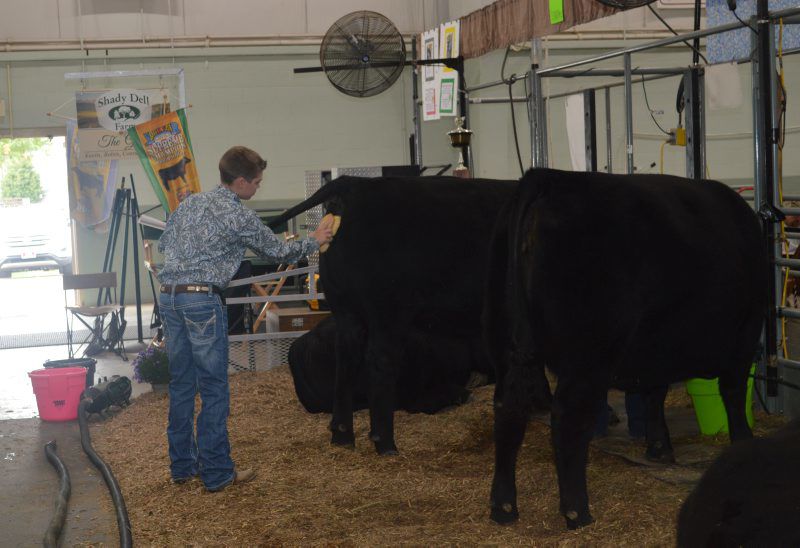 A showman brushes his animal one last time before the sale at York Fair on Saturday, Sept. 14

YORK, Pa. — For Lacey Walker, this year’s York Fair was not just the end of the road with her dairy steer. It marked the end of her junior showing career.

But the most immediate change at the Sept. 14 livestock sale was to sell Waylon, her Holstein dairy beef.

Waylon was something of a character. He liked to lounge, taking up three stall spaces, and his pet peeve was people touching his head.

Walker bought the steer back in January from a dairy farm in Maryland. She raised him with her family’s 40-plus dairy feeders, where he shared their ration — a corn and protein mix from a self-feeder.

Waylon wasn’t just a face in the herd, though. Walker took him for walks every day, washed him with Persil laundry detergent, and clipped him for the show.

The primping for dairy beef isn’t as extensive as for other show cattle, which might be one reason the club is growing.

“We are not training the hair like beef projects,” said Sandy Zeigler, the dairy beef club leader.

Members generally get their project animals between November to February. Youths who buy Jerseys are encouraged to get their calves even earlier to give them more time to grow and be competitive with the larger Holsteins.

Though the modest amount of show prep makes dairy steers accessible to beginning 4-H’ers, many members, like Walker, stay with the club long term.

It wasn’t just the dairy beef exhibitors who were parting with their animals at the sale.

Myers, of Wellsville, knows this is the cycle of life for his 4-H livestock projects, and he no longer cries after the sale, as he did when he was a beginner.

Myers started showing sheep with his older sister, Kayce, but four years ago, a family friend got him interested into showing swine.

Myers, who now shows both species, said the pigs are easier to deal with and have big personalities.

This year’s pigs — Two Eye Jack, Jay-Z and Mary Jane — were friendly and liked being around him. They enjoyed the routine of walking, feeding and washing he established for them.

“They always knew when it was bath time,” he said.

Training them to walk straight with their heads held high was a key part of the show prep. The pigs got animal crackers for good behavior.

Myers plans to use the $3,250 he earned from selling his two champions to cover his costs for the project, add to his college fund and get next year’s animals.

Myers will have to change when he buys his pigs, though.

The York Fair is bidding farewell to its customary early-September slot next year and moving to July. It will also be renamed the York State Fair.

Following are the results of the 2019 York Fair sale of champions.

Buyers: Cold Spring Farm and Pet, Greg McGrew of Bobcat of York and McGrew Enterprises, and Ray Rodgers of Praises 4 Him Farm.

Proceeds Go To: Livestock sale expenses, the county’s 4-H livestock team trip to a contest in Nebraska, and Midwestern farmers affected by floods.