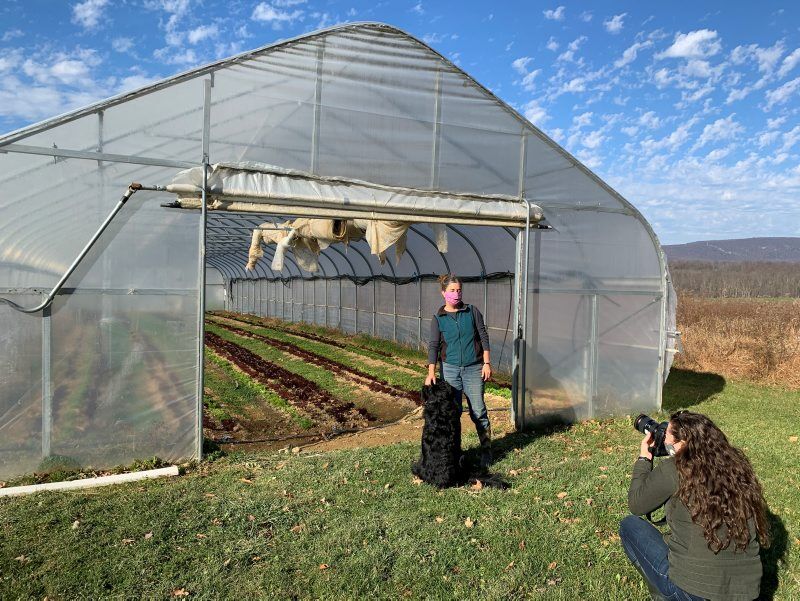 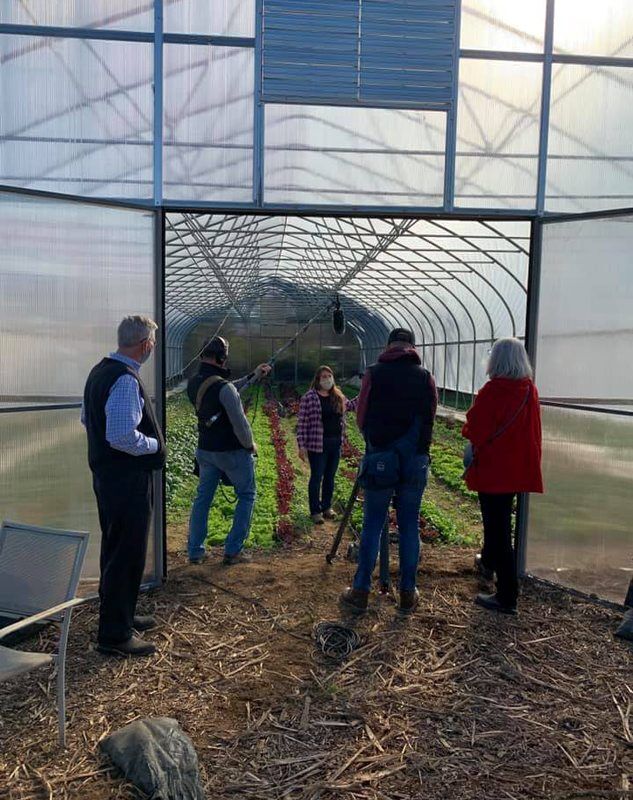 The Pennsylvania Farm Show has always been a months-long organizational undertaking and a monumental feat of coordination and logistics.

This year’s Farm Show is no exception. The creation of the virtual 2021 Pennsylvania Farm Show — held mostly online due to the COVID-19 pandemic — has been just as challenging, momentous and ambitious as its in-person counterparts over the years, according to the Farm Show Committee.

The format and venue, however, as a digital communications event for home viewers, will be quite different from its usual look and feel at the Pennsylvania Farm Show Complex and Expo Center in Harrisburg.

The committee announced in August that the Farm Show itself would become a “virtual tour” of one of Pennsylvania’s biggest industries — agriculture — thus adhering to the state’s public health guidelines not to hold large gatherings. During the COVID-19 pandemic, staying home and avoiding large gatherings helps to slow the spread of infections.

People in the ag industry understood why the call was made so early, said Pennsylvania Department of Agriculture Press Secretary Shannon Powers. Though the show is typically held in January, the planning and investments made by those involved happen months in advance. Artisans, commercial exhibitors and food vendors need to anticipate patron demands. And farm families and businesses who purchase animals or equipment to exhibit make these financial investments well ahead of the show itself.

After announcing that Farm Show would go online, the committee then got to work building a virtual experience to parallel an event that has, in Pennsylvania, existed for over a century. What was created in the traditional show’s place is a remarkable work in itself.

“The Farm Show had a target on its back,” said Powers, and the committee raced to keep up with oft-changing plans of the Farm Show over the months leading up to the show.

Though the committee had initially thought of live-streaming certain events during the event week —such as some of the traditional in-person events like the annual competitive Bunny Hop — those plans had to be pulled in the interest of public health.

“One Million Square Feet of Content,” was Ag Secretary Russell Redding’s hope for the virtual Show, said Demsey, and with the help of Commonwealth Media Services, the state’s in-house media team, the committee has hoped to create just that.

Normally, the media team would be live-streaming events, creating highlight reels and interviewing exhibitors over the course of the show itself. The committee would be organizing vendors and schedules, connecting the press, and setting up parking. This year, the team took to the fields and farms directly, to create hours of ag content right at its source. Interviews, farm tours, cooking demos and more took place across the state during the past several months and were recorded for the week of Farm Show.

“They are an amazing team,” said Powers of the media staff. “The unsung heroes of state government.”

Commercial exhibitors that would normally set up booths at the Farm Show were connected with webinars and small business associations to help them set up e-commerce capabilities, thus allowing Farm Show virtual visitors to purchase from exhibitors online. The first-ever Pennsylvania Farm Show Trail was created, to allow viewers to search for their favorite Farm Show vendors by name or keyword and connect for online sales.

Interestingly, the use of the internet for this year’s Farm Show is giving a new opportunity for people to participate who typically can’t geographically make the trek to Harrisburg, or who live with sensory issues and can’t attend, or who have had limited time at the Farm Show in past years. Now, those folks will be able to view the entirety of the show at their discretion over the course of Farm Show week.

An interactive Teacher Guide that the Farm Show staff has created, in lieu of classroom field trips, will allow students from all corners of Pennsylvania, and even the nation, to partake in tours and interviews that were compiled in the past few months. These digital pieces include everything from technical farming workshops, to duckling pond streams, to bedtime stories — all now existing in this virtual domain.

Typically, everything that’s available at the Farm Show doesn’t always shine through, and the staff is excited for the opportunity to home in on exhibits and content that have always been a part of the Farm Show, but that don’t always get the limelight.

The shape of the work has changed, as well.

“Normally, we’d be spending a lot of time getting interns,” said Demsey, referring to the dozen or so show interns who typically help with the day-to-day logistics during the Farm Show in Harrisburg. The staff would also be editing the user guide, answering questions from participants, organizers and media, and sending out information and parking passes.

This year, the bulk of the work, planning, organizing and coordinating happened during the last six months.

“It’s decidedly quieter,” Powers said. “I’m going to miss being there at four in the morning.”

The frenzy of in-person work, that particular chaos and energy, is noticeably absent this year.

“The interactions are just so moving,” she added.

But the challenge of organizing this year’s event was satisfying, too.

“We have an amazing team,” Powers said of Demsey, the show staff and the media services. “This is an amazing moment in time. We can tell the story of (Pennsylvania) ag in a way that’s meaningful.”

Press assistant Hayley England used to intern at Farm Show. And before that, she showed cattle at previous Farm Shows.

“I’m going to miss physically being there,” England said, echoing the nostalgic sentiment the committee shares. “But, I don’t think ‘being virtual’ means we’re missing out. I think this is a learning experience and an opportunity.”

The Virtual 2021 Pennsylvania Farm Show starts today and runs till Jan. 16. Viewers can find the daily events schedule and other details at https://www.farmshow.pa.gov/.

Editor’s Note: Liz Wagner is a featured farmer in one of the video segments used for one of the digital Farm Show programs this year.