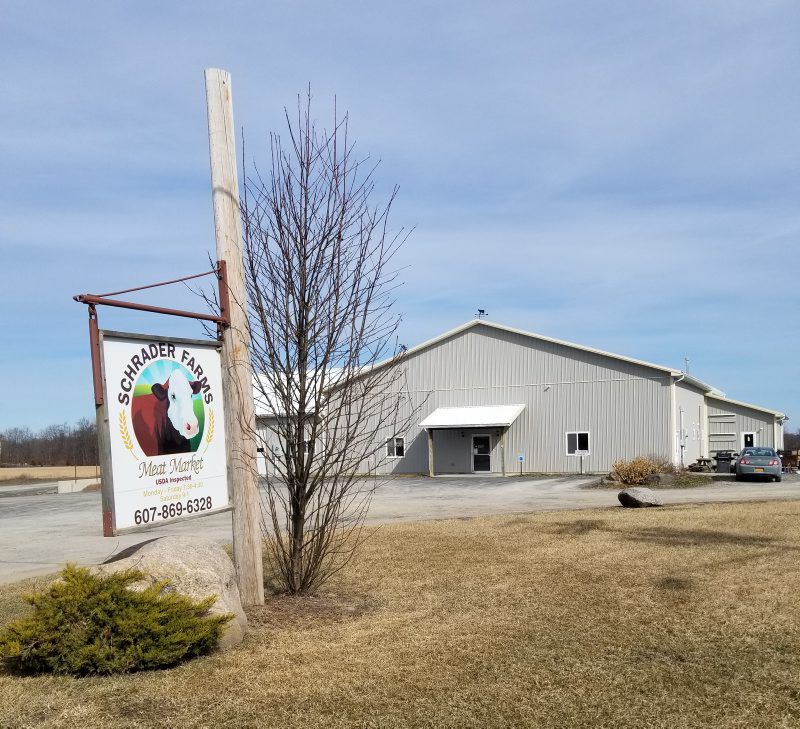 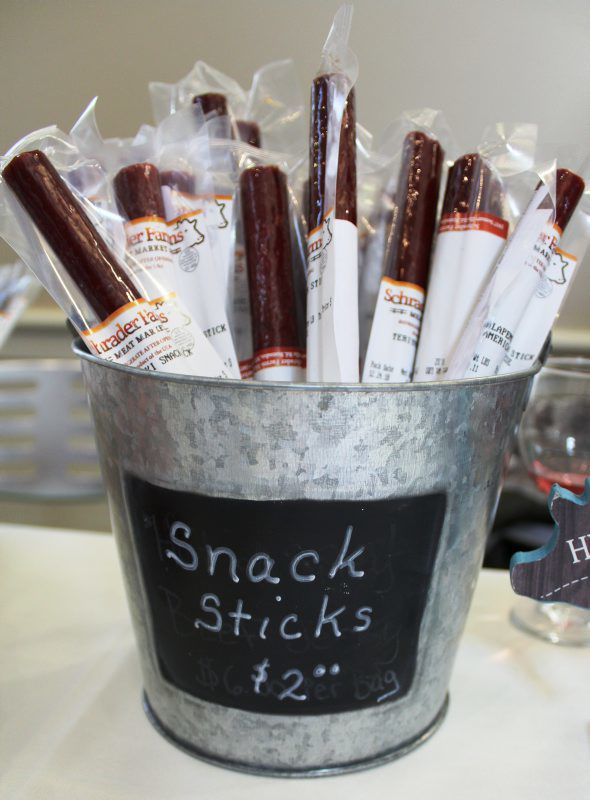 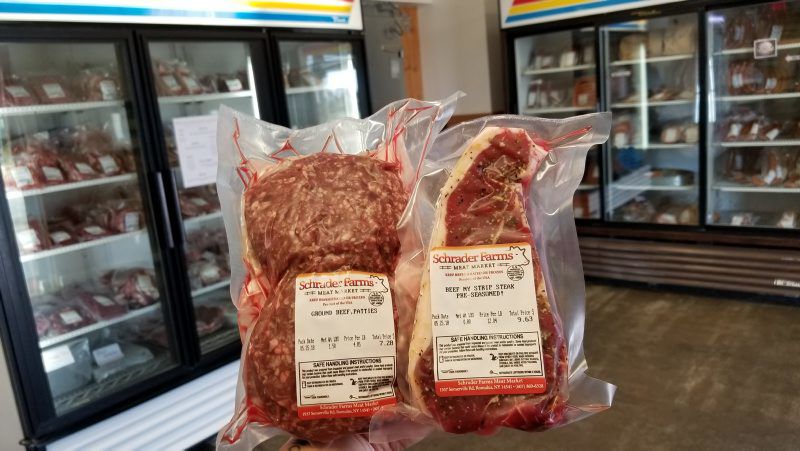 Photo by Deborah Jeanne Sergeant Selling meat from their own market enabled the Schrader family to maintain a profitable beef business. 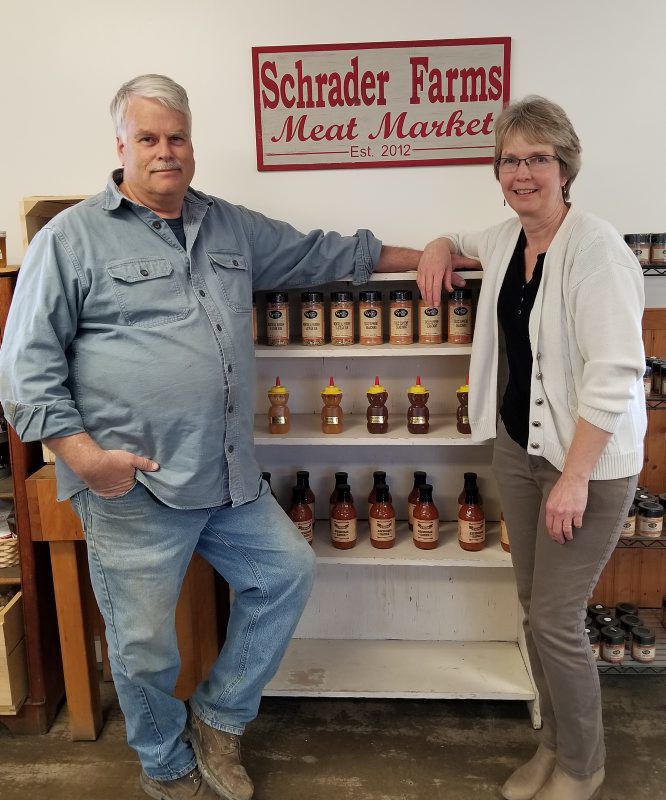 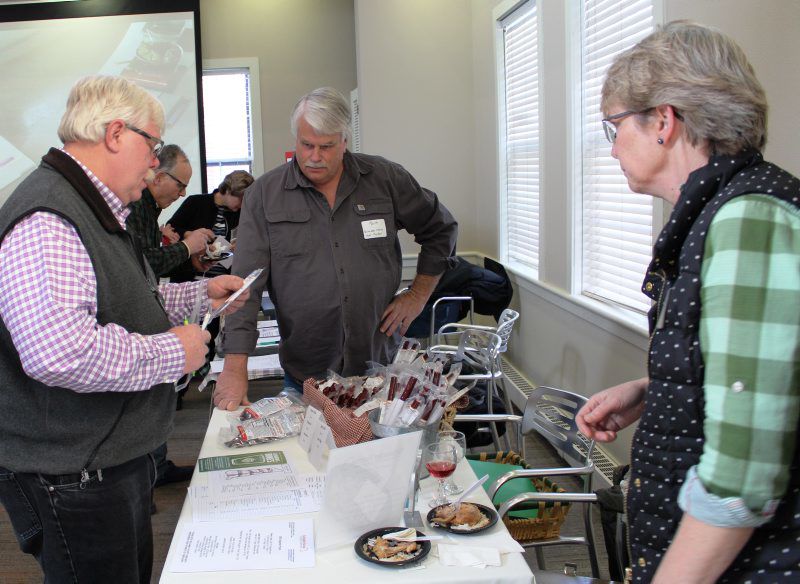 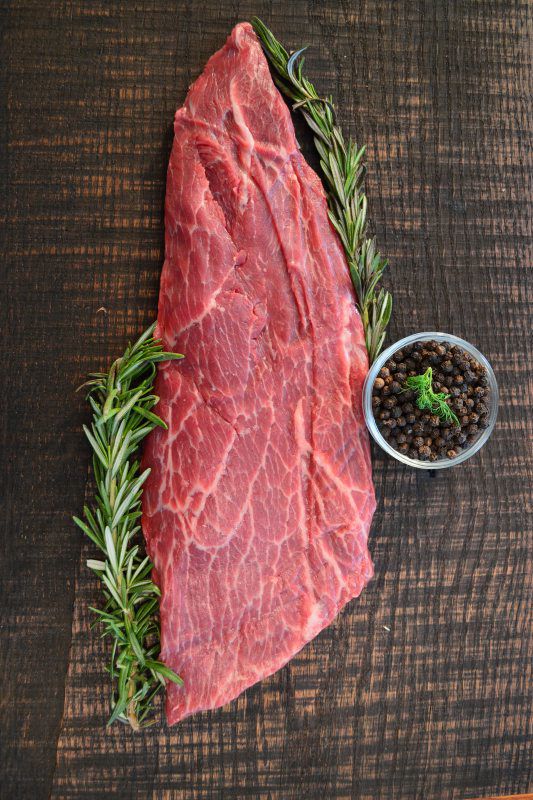 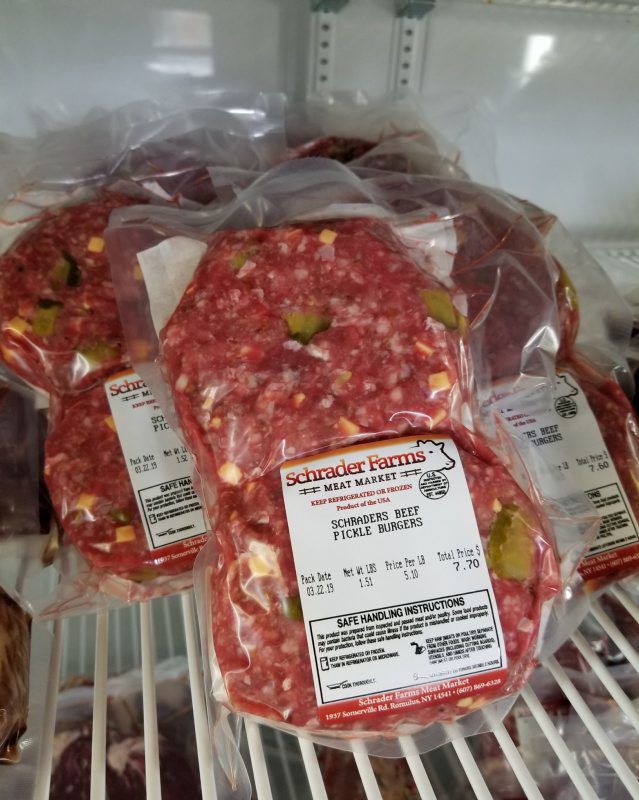 Photo by Deborah Jeanne Sergeant Unique items, such as pickle burgers, has helped the market flourish.

Photo by Deborah Jeanne Sergeant Selling meat from their own market enabled the Schrader family to maintain a profitable beef business.

Photo by Deborah Jeanne Sergeant Unique items, such as pickle burgers, has helped the market flourish.

ROMULUS, N.Y. — Necessity is the mother of invention. In one case, it birthed a butcher shop in N.Y.

Keith and his wife, Sue, had long struggled to find a USDA-inspected facility to process their meat — a growing problem across upstate New York. The diminutive size of the nearest place, 35 miles away, made it difficult to process the quantity of animals the Schraders raised.

To solve this problem, 10 years ago, the couple began butchering and retailing beef from their site. That effort eventually grew into the Schrader Farms Meat Market.

“Keith is a visionary,” Sue said. “He didn’t start this business until he was 50, which is often a time of life when people start thinking of slowing down.”

The couple raises 100 beef cattle on their 800 acres in Romulus, in the New York Finger Lakes region.

“We found (there was) demand for smaller quantities, other than the half or quarter,” Keith said. “It was at a time when beef (pricing) was going up. I don’t think people had the money or storage for a big quantity.”

A friend with a meat shop mentored Keith in butchering and cutting. The Schraders designed their building and began the process to obtain a USDA number. They broke ground for the market in March 2012. By August of that year, the operation performed its first USDA kill.

The Schraders self-financed some of the project and obtained loans for the rest.

“If it comes from a beef cow, we sell it,” Sue said. “What sets us apart is (that) we can do special cuts. We sell steaks that are like a Denver steak. We do trendier things. That’s our focus. People can come shop at our store to buy fresh and what we don’t sell fresh, we freeze.”

They also provide catering, focusing on a barbecue-themed menu, and sell wholesale to local restaurants. Upon request, they can provide other types of catered meals.

While Keith is full-time at the meat operation, Sue teaches sixth grade at Romulus Central School. Ten full-timers work at the meat shop, along with a few part-timers.

All the beef at the market comes from their herd. The Schraders buy feeder cattle and keep a few brood cows on the farm, because Keith likes to have a few calves born in the spring.

“I believe that beef quality is what you feed them,” Keith said. “I have anything from Angus to Herefords and Charolais.”

His cattle take 14 to 18 months from start to finish, and are offered free access to pasture mix with clover.

At about 800 pounds, he changes their feed to finished feed, a mix of baleage, shell corn and a mineral mix, and the cattle are in the curtained barn.

The Schraders purchase their pork from local farms to sell under their label and custom-process meat for other operations in the region.

Remaining successful in the beef industry means “being sold on your product as the best, or at least one of the best,” Keith said. “I find great satisfaction when a customer comes in and says that’s the best steak they’ve ever eaten. Or that they won’t buy them anywhere else anymore. That’s what you’re trying to achieve when raising animals.”

Sue said that the increase in demand for local products has helped their farm.

“People want to know where their meat comes from,” Sue said. “They know either Keith raises it or that we buy it from farms right down the road. People can watch through the window to see into the processing room. They can know they’re getting their meat.”

Sue also acknowledged the “many good people who work here for us,” which includes both their daughters, Kara and Abbie. The couple’s sons are Aaron and Daniel.

One of the business’s big challenges is the cost of workers’ compensation insurance. Sue said that the nature of the business — working with knives and guns — raises the premium rates above what many other types of businesses pay.

“We could pay another employee and a half if we didn’t have to pay workers’ compensation,” Sue said.

“Or, we could have a really good health insurance plan for people here,” Keith added.

He hopes to keep improving the business in whatever ways they’re able, such as more widely distributing one of their newer products, dry charcuterie smoked sausages.

“I’m along for the ride,” Sue said with a laugh. “He will talk about ‘maybe we should start a restaurant.’ He always has something in the works.”

The Schraders are also looking into forming a limited liability company.

In addition to their farming and meat business, the family is involved at Seneca Community Church.