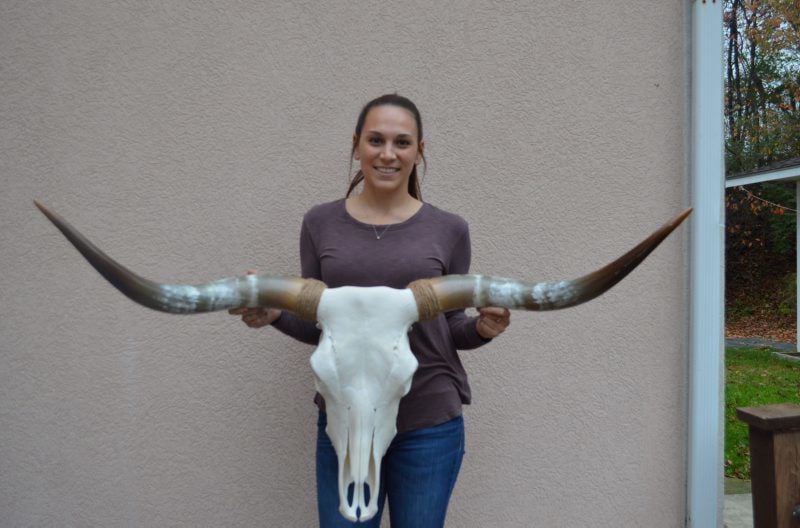 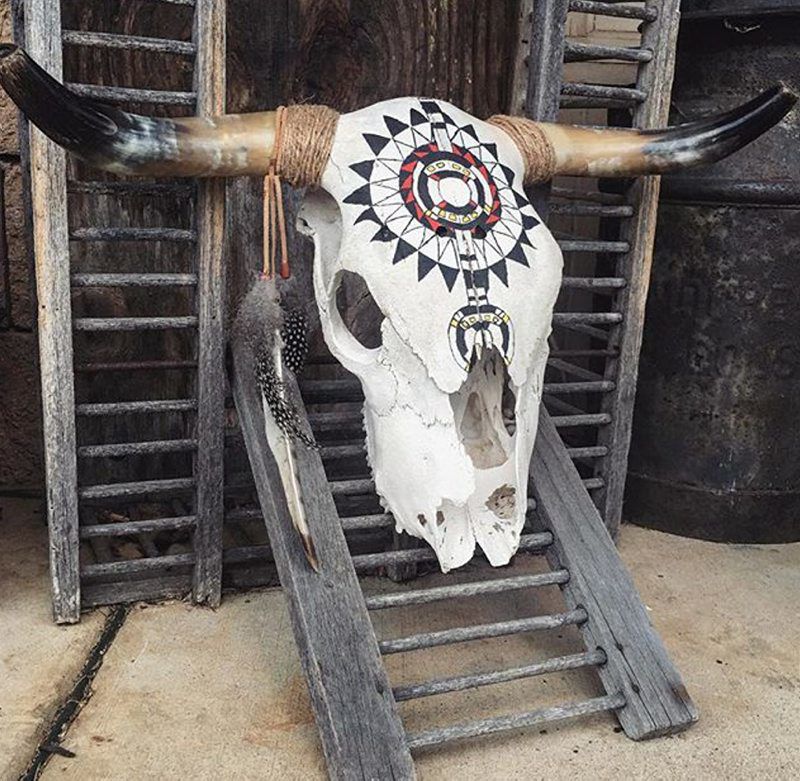 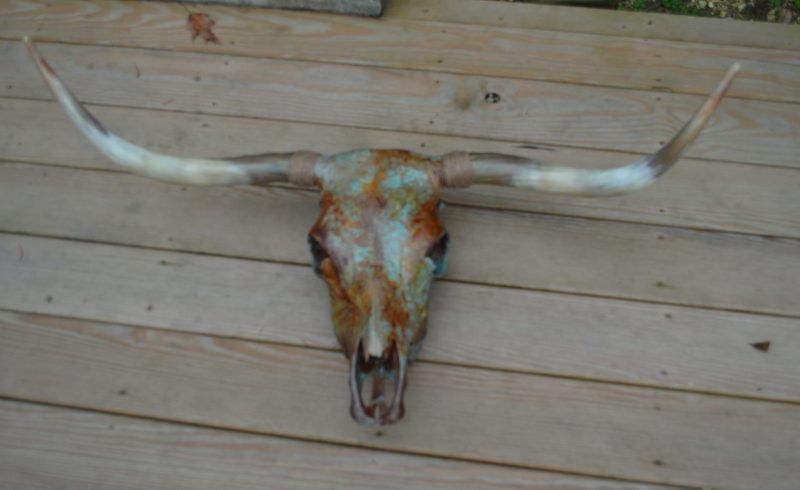 HAMBURG, Pa. — Longhorn skulls, a Western decoration trend that Kelsea Dresch wanted in her home without the expensive aftertaste so the 24-year-old decided to do it herself.

By day, Dresch is a contract grow out manager for Joe Jurgielewicz & Son, Ltd. a duck farm, but spends her free time creating a décor item with a story that can be passed down for generations. In 2016, she got her first skull from her uncle. The small skull with baby’s breath and a pink flower attracted the attention of extended family and friends. Dresch went public with her artistic skill last year and has completed around 30 skulls already.

The process is simple, but time consuming. She boils the skulls in a pot over an open fire, allowing the meat to get loose, scraping all the meat off, using a paste and allowing the skulls to whiten. “There’s no real science to it,” she said.

This process is repeated multiple times until it achieves a pristine white color. Dresch estimates that an individual skull takes over 10 hours to clean. The horns can make the process tricky especially if the curvature of the longhorns are steep up or down angles. Dresch sandpapers and scrapes the material before painting them with a clear coat of acrylic paint. All the longhorns receive a rope wrapped around the base next to the temple of the skull. “I think they look more finished,” she said.

Some of her clients have requested that a skull have a blue teal and brown rustic look and in which she will use a metal affect paint that rusts the skull. Other clients have requested a hydro drip, which is where a pattern film is placed in water on the skull and dried. In peeling off the film, it leaves the pattern on the skull. She also will add flowers or painted designs on the skull when a client requests them. Dresch also specializes in European mounts; with deer and other wildlife skulls she uses the same whitening process as she does for the longhorns, but she doesn’t sand or scrape the antlers.

Pricing a longhorn skull is hard, Dresch said. The cost of one skull depends on the size, curve of the horns and if the skull is fresh from the animal or if a longtime has passed since the death. She doesn’t have a set price sheet for them and she doesn’t factor her time when draws up the estimate. “It would cost too much if I did that,” she said. Clients mainly pay for the skull and materials she used to create the design they want, but European mounts are at the set price of $80.

Dresch enjoys working with clients like a longhorn beef producer from Maryland. “He was attached to them and it was pretty cool to bring that skull to the point where he can proud of it in his house,” Dresch said. The stories that come with the skulls that she has cleaned are her favorite part. “It’s keeping the legacy of that animal even after it’s done,” she said.