Almost everyone agrees that exercise is good for us. It’s good for our hearts, our bones and our waistlines. It’s even good for our mental health. As farmers, we tend to have a lot of physical activity involved in our day-to-day activities around the barn and in the fields. It makes us tired, but it doesn’t necessarily make us fit. Fitness requires aerobic exercise that keeps our heart rate up over a period of time — rather than walking or lifting in fits and starts like farmwork often requires.

During the years when I had a desk job, I went to a gym twice a week after work to take step aerobics classes before returning home to do farm chores. Those workouts to music actually boosted my energy level after a day often spent sitting behind a desk staring at a computer screen. I looked forward to those classes, but the farmer in me never really liked going inside a building and being cooped up to get my exercise fix. That’s why I always looked forward to warmer weather, when I could hop on my bicycle for some exercise in the fresh air.

In my younger days, I rode my bike on less-traveled back roads several nights a week after my chores were completed. It was a great way to de-stress and drink in the countryside as I pedaled along, without really feeling like I was working hard to get my exercise.

Times change, and those country roads are no longer the relaxing byways they once were. The increasing number of vehicles on these rural roads along with their increasing speeds started making biking on them risky business. That’s about the time that Dennis and I began exploring the Pine Creek Rail Trail near his hunting camp in northcentral Pennsylvania. The trail is 62 miles long, running between Ansonia and Jersey Shore through two state forests. Pedaling alongside the babbling creek and crossing over it multiple times on old rail bridges is a treat. We’ve never ridden from end to end, but have traveled a number of its sections on foot and by bike.

Closer to home, I’ve also discovered the pleasures of the Lebanon Valley Rails to Trails. Its recent extension northward runs within a mile from our farm and it’s been a great place to hike even when it’s too cold and snowy to bike. A friend and I like to hop on the trail near the Lebanon Valley Exposition Center and head southeast through Cornwall, Mount Gretna, Colebrook and Lawn. Sometimes we’ve even continued onto Lancaster County’s Conewago Trail, which connects with the LVRT.

Pasture Walk: The Trials and Tribulations of Moving Cattle to Pasture

I recently stumbled upon another great place for enjoying hiking, biking and local history — a favorite subject of mine. Berks County’s Union Canal Bicycle and Walking Trail (UCBWT) follows the canal’s former towpath alongside the scenic Tulpehocken Creek before it empties into the Schuylkill River. I came upon this trail while driving in that area, but I’ve studied up on it and have added it to my bucket list for this summer. 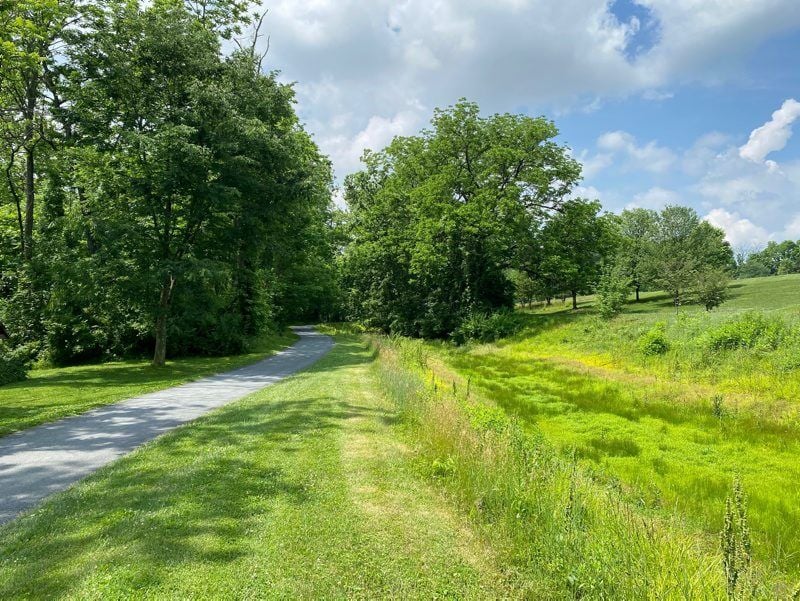 A segment of the Union Canal Bicycle and Walking Trail near the Red Bridge Recreation Area and Berks County Heritage Center. 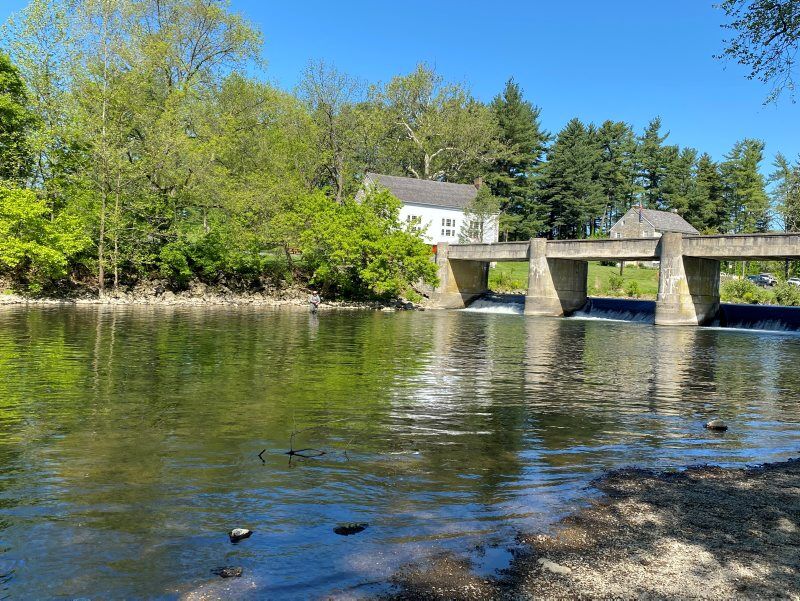 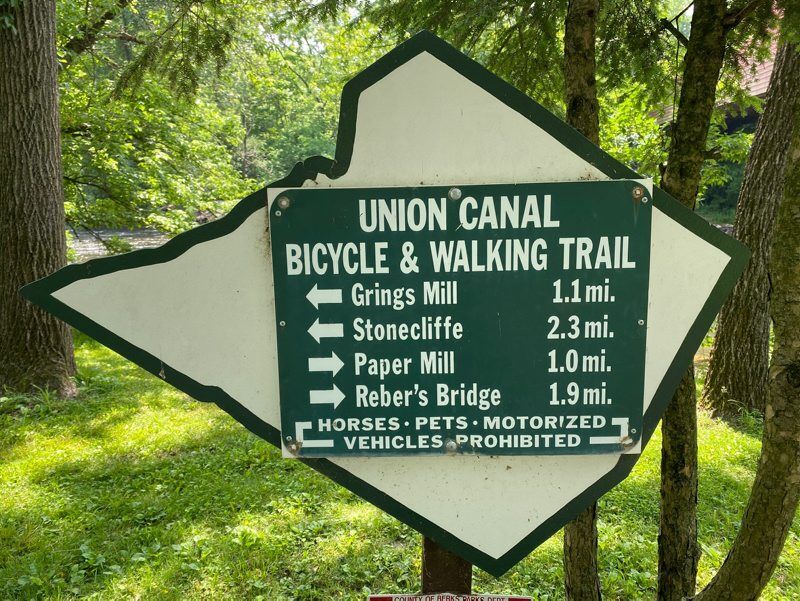 A trail sign on the Union Canal Bicycle and Walking Trail. 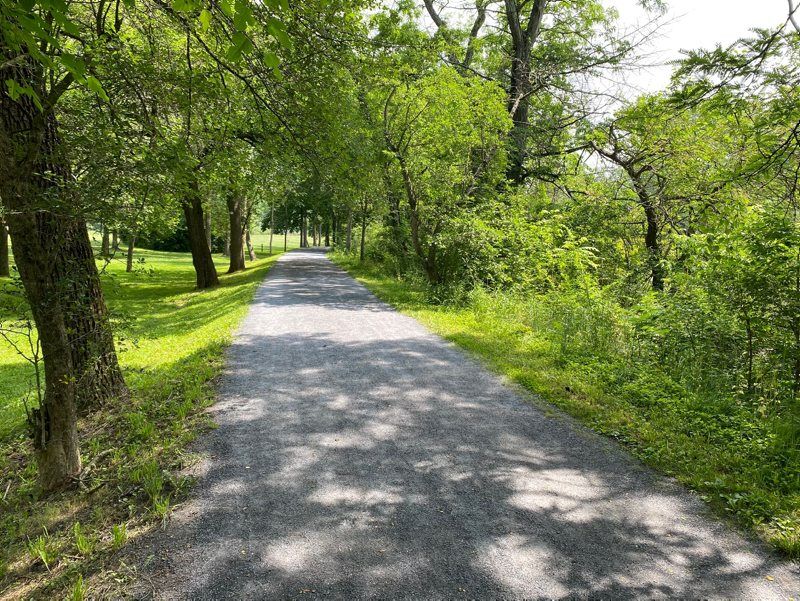 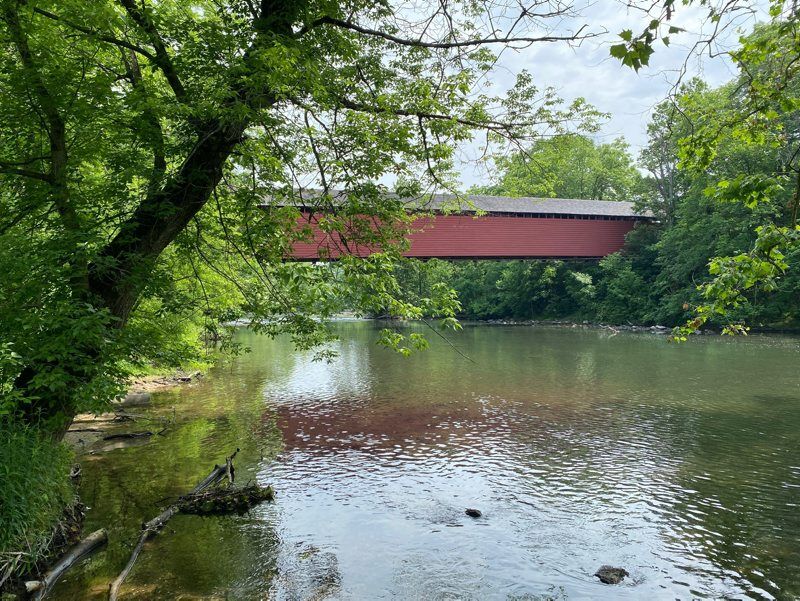 View Photos of the Union Canal Bicycle and Walking Trail

A segment of the Union Canal Bicycle and Walking Trail near the Red Bridge Recreation Area and Berks County Heritage Center.

A trail sign on the Union Canal Bicycle and Walking Trail.

Although located surprisingly close to modern civilization with busy roads and shopping malls, this hidden gem packs a lot of history into its 4.5-mile stretch along the creek — and offers a 1.8-mile link to the 30-mile trail system at nearby Blue Marsh Lake.

Before railroads made it obsolete, the Union Canal transported cargo from 1827 to 1884, connecting the Susquehanna River near Harrisburg to the Schuylkill River at Reading. UCBWT’s length includes the remains of stone, lift locks No. 47 (now restored) through No. 52, where water levels were once raised or lowered to enable canal barges to navigate this waterway.

UCBWT is anchored at its southeast end by Stonecliffe Park, near a weigh station that once assessed the canal’s tolls. While in this area, seek out the nearby Stoltzfus Homestead, once the home of Nicholas Stoltzfus, the forefather in America of those with his surname. His mid-18th century limestone home has been restored by Stoltzfus descendants.

Heading upstream, be on the lookout for Gring’s Mill Park, which includes the grist mill once operated by the Gring family. Their circa-1826 barn is now a visitors center.

Just over a mile beyond Gring’s Mill is the Berks County Heritage Center. It encompasses a treasure trove of history including the 1882 Gruber Wagon Works, Melcher’s Grist Mill and the C. Howard Hiester Canal Center, which tells the story of the Union Canal via the largest private collection of 19th century canal artifacts in America.

Near the heritage center stands Wertz’s Covered Bridge, built in 1867. Also known as the Red Covered Bridge, its 204-foot span makes it the longest single-span covered bridge surviving in Pennsylvania.

Just before the UCBWT ends at its connecting link to the Blue Marsh Lake trails, are the former sites of Reber’s Grist Mill and Reber’s Covered Bridge, dating from 1760 and 1837, respectively.

If the Union Canal Bicycle and Walking Trail sounds interesting to you, too, visit www.countyofberks.com/parks or call 610-372-8939 for further details.