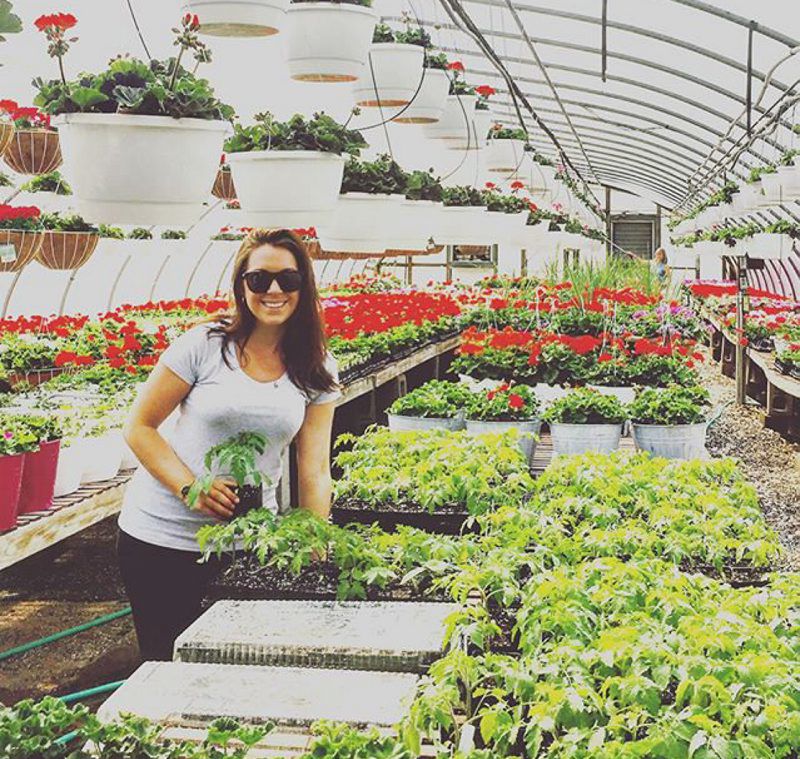 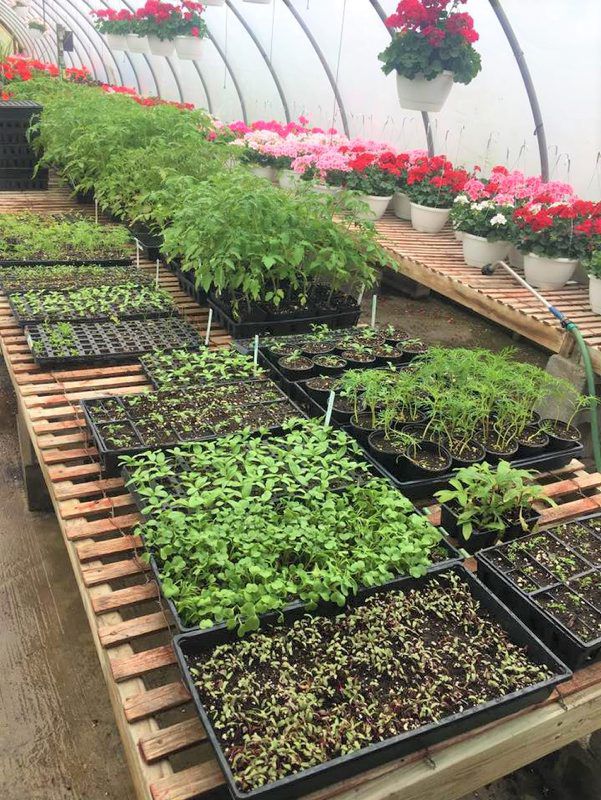 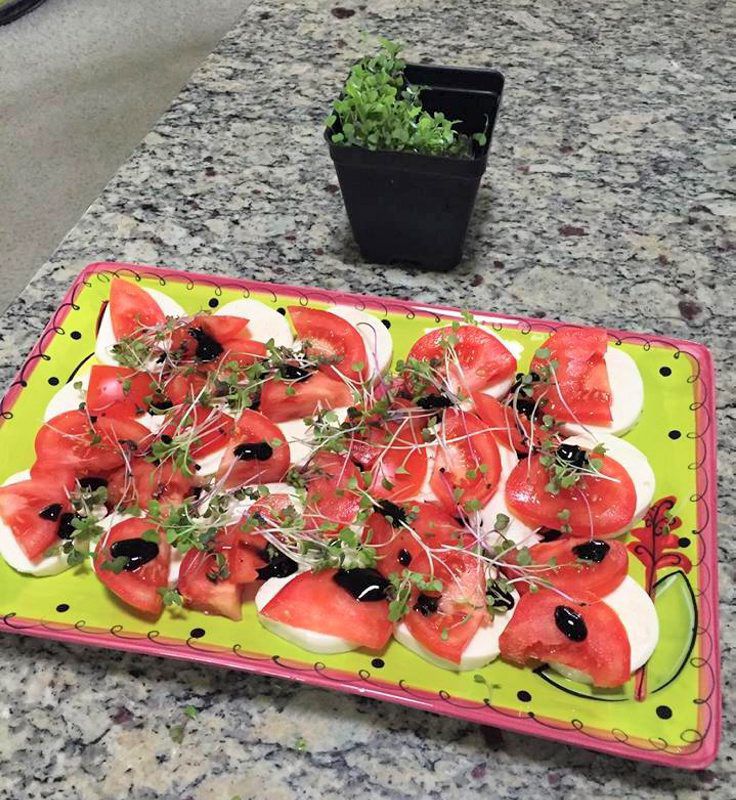 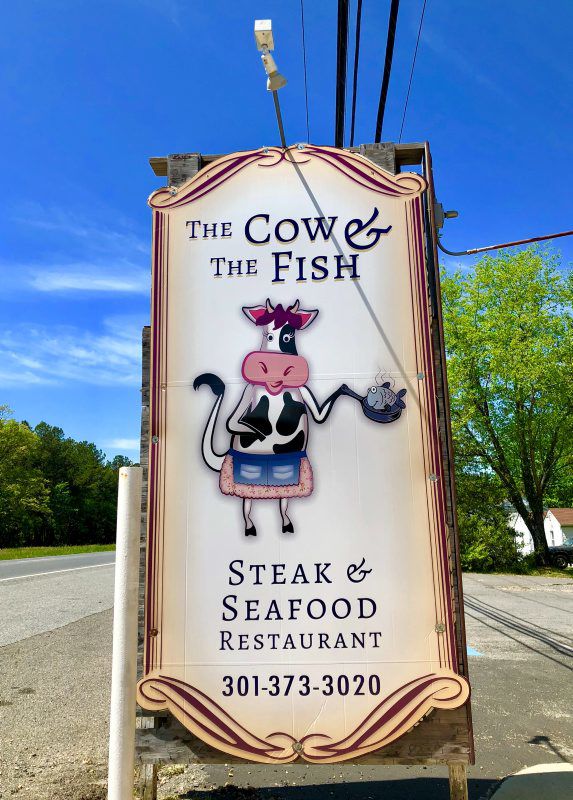 Photo by Shelby Watson-Hampton The Cow and The Fish restaurant sign.

Photo provided by The Cow and The Fish A fried shrimp appetizer with microgreens and edible flower garnish from Anchored Roots Farm. 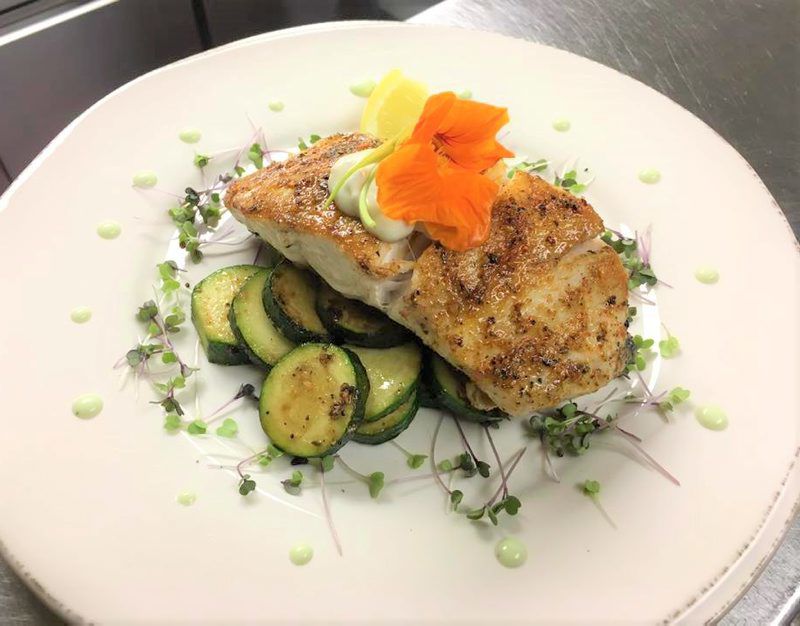 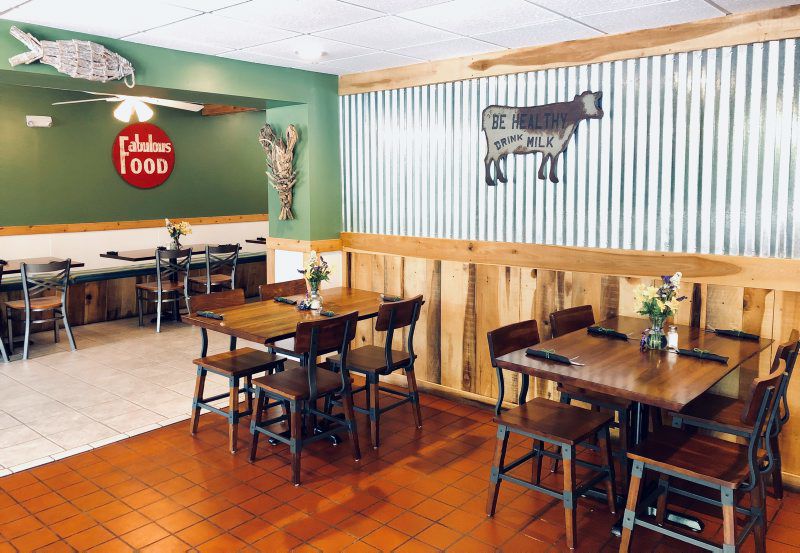 Photo by Shelby Watson-Hampton The inside of The Cow and The Fish restaurant. 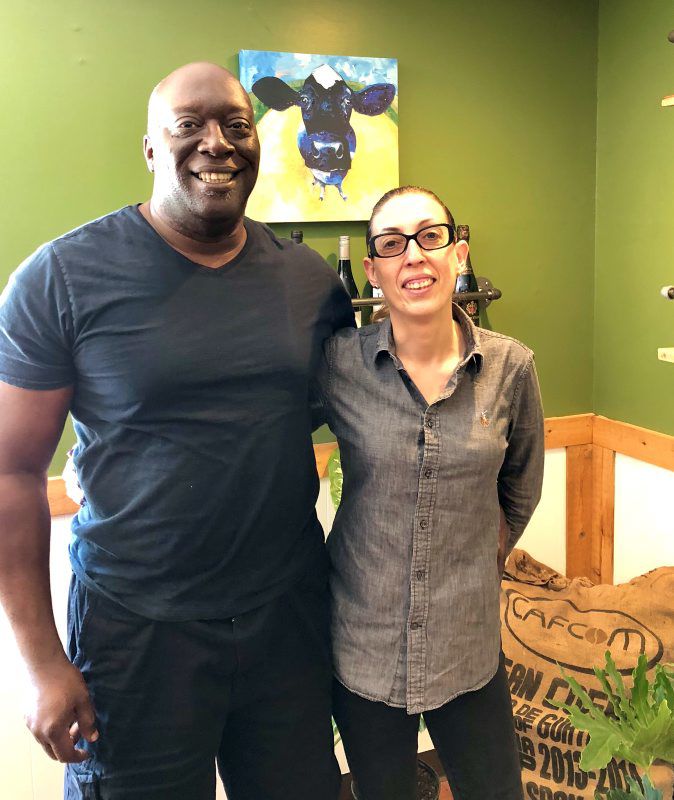 Photo by Shelby Watson-Hampton The Cow and The Fish restaurant owners Michael and Silvia Chance.

Photo by Shelby Watson-Hampton The Cow and The Fish restaurant sign.

Photo provided by The Cow and The Fish A fried shrimp appetizer with microgreens and edible flower garnish from Anchored Roots Farm.

Photo by Shelby Watson-Hampton The inside of The Cow and The Fish restaurant.

Photo by Shelby Watson-Hampton The Cow and The Fish restaurant owners Michael and Silvia Chance.

HOLLYWOOD, Md. — It’s the sign in front of the small neat building, set directly off the side of busy Route 5 in Hollywood, Maryland, that gets your attention. Featuring a colorful, smiling cartoon cow holding a frying pan of fish, it makes you want to know what The Cow and The Fish steak and seafood restaurant is all about.

To begin with, owners Michael and Silvia Chance are not your typical small-town restaurateurs. Michael Chance comes from a military family and grew up in various places around the globe (he speaks five languages fluently), including two years in southern Maryland where he attended local Chopticon High School. After graduating from college and living abroad, he played professional football for Barcelona in the European Football League, but found that his “true passion was cooking,” he said. So, he interned under Ferran Adria, a lauded Spanish chef, and ended up living and cooking in Spain for more than 25 years, where he met his wife, Silvia.

When they returned to the United States, to St. Mary’s County to stay close to Michael Chance’s mother, they brought their multicultural food style with them.

Using their diverse backgrounds and experiences, they cooked local fare with an international flair at their new restaurant. Their cuisine can best be described as upscale, casual, surf and turf with a Mediterranean twist. The local community was immediately receptive of the new establishment, and after only three years in business, the Chances already have the tables so full on Friday and Saturday nights that they are now recommending reservations.

The couple says that they use locally grown ingredients not only because they like supporting area producers, but because it works the best for their business.

“By purchasing from small local growers, I can keep my price points decent because I’m buying direct,” Michael Chance said. “It allows me to skip the middleman, and I can buy in the quantity and quality that I need.”

And, the chef knows exactly where their products come from, and can get them as fresh as possible.

Microgreens are vegetable greens that are harvested as young shoots, and are used by chefs for visual aesthetics and for added flavor characteristics, because they have a strong and often distinctive flavor when eaten at this tender growth stage.

Anchored Roots Farm is the The Cow and The Fish restaurant’s source for a variety of microgreens as well as for vegetable produce and edible flowers. The farm is a small, diversified operation focused on growing vegetables, fruit, flowers, herbs and microgreens. Playing off its logo of an anchor entwined with growing plants — a nod to the owner’s roots on land and at the nearby Patuxent River — the farm’s motto is: “Anchored to the roots of our community, we work with family, friends, neighbors and small businesses in southern Maryland.”

Priscilla Wentworth said she believes in supporting local food “for countless reasons ... for health, for the economic benefits it provides by keeping dollars in our community, and for the environmental impact.”

She said that she and her fiancé “eat the majority of our diet from close to home, year-round. That’s something that takes work, and a lot of time, but we believe it is worth it.”

The farm sells its products through a weekly farmers market, a weekly CSA and from the farm directly, with orders by appointment. Currently, it has on its customer list several restaurants, a few catering businesses and a local florist.

Priscilla Wentworth connected with the restaurant owners of The Cow and The Fish when they emailed her directly, about a month after she started selling her microgreens. The Chances came out to the farm for a visit, tasted the product, agreed upon a price, and they’ve never looked back.

Silvia Chance said that they use the microgreens in salads, sprinkled on top of various dishes, and as a garnish alongside the edible flowers.

“People really react to the plates,” she said, brightening with a smile. “You feel their reaction after you put down a delicious dish that is nicely plated. They like to take pictures of the food, and they like to taste the greens and the flowers.”

The microgreens make sense for Priscilla Wentworth’s farm, because they are a reliable product that can be grown year-round in a greenhouse, and because there is no insect pressure, no worry about weather, and the conditions are very controlled.

“I sell the greens to The Cow and The Fish 52 weeks out of the year,” she said.

Wentworth keeps her business viable by focusing on her target audience, and by growing niche products that she knows are in demand.

“The biggest lesson I’ve learned is that you can’t be everything to everyone,” she said. “I tried that and it didn’t work. I was spread too thin, and the profit margins weren’t working like they should. Now that I’ve targeted my market, I do the few key things that work.”

She pauses, and then adds: “Every day there’s a failure, but there’s also a success. In small business, you have to be flexible.”

Priscilla Wentworth isn’t the only local producer the Chances have partnered with. They are sourcing products from three other St. Mary’s County farms as well. Micheal said that the farms either deliver or he picks products up, depending on what is most convenient at the time. He maintains a close relationship with his producers by having on-farm meetings before the beginning of the season to ascertain what he needs for the kitchen and what the farmers can grow for him, and by keeping good lines of communication open. It’s a system that works for the farmers too, as they know they have a guaranteed market for the products he requests for the year.

To get seafood, the Chances also work with an area seafood business that provides them with local fish and oysters. Silvia Chance said it is important to them to work with all the “natural wonders” that southern Maryland has to offer, from land to rivers.

“For the oysters Rockefeller (menu item), I add a little pesto to it,” said Michael Chance. “The customers really like that.”

The economic ripple effect is easily seen. The Chances not only support local farm and seafood businesses, they employ 6-8 employees yearly, all of which helps locally spent dollars stay in the community.

“Since we’re only 5 miles down the road from the restaurant, I’ve had customers who’ve eaten there and seen our products, then come out to the farm and place orders of their own. The community connection is important to our business.”

The Cow and The Fish, and the farmer and the waterman, make a strong case for the importance of growing, selling, buying and eating local.