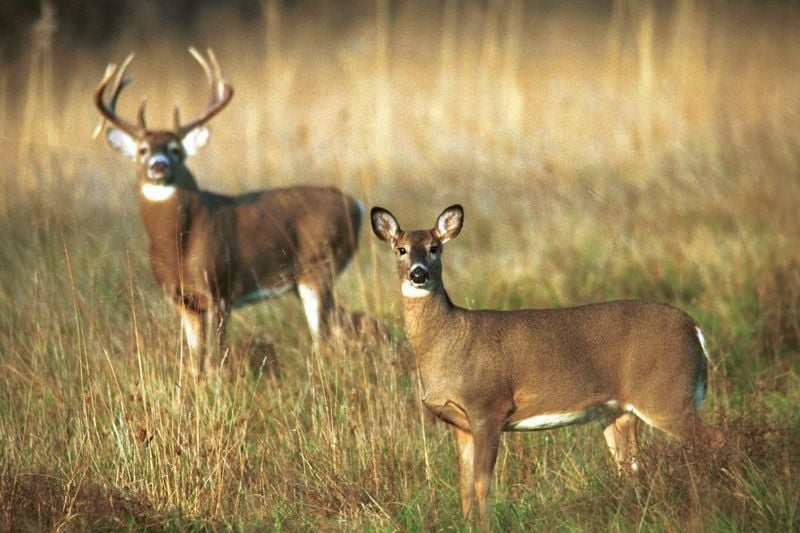 White-tailed deer stand at attention in a Pennsylvania field. 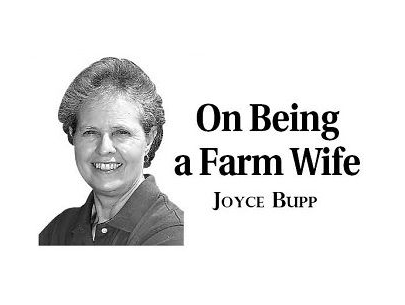 But, by gosh, we still know you’re there.

First of all, you left big prints in the damp ground and muddy puddles in the field road. Some of the prints are pretty large. Others telltale a more dainty-sized foot.

And, yes, I found the bites out of a couple of scraggly apples hanging low on one tree in the fencerow. No, I didn’t plan to use those three apples, gnarled, misshapen and dotted with bug-bite scabs. So, you’re welcome to them, if you don’t mind the flies and yellow-jackets enjoying the sweet flesh you exposed with your sampling.

Sure, you can sneak through the cornfields, hang out in the shrubby, distant corners of the meadow, and munch the edges of the soybean fields. You can lounge in the fencerows, track paths through the wildflower patch and bite off ends of ears on the cornstalks along the field edge.

You can run. And you can hide.

But the fact is, I spied you a couple of mornings ago. In fact, I almost sneaked up on you, unaware you were there until I saw your fluffy white tail flashing at the edge of the cornfield as you skedaddled away from munching breakfast. And, yes, I saw you as you paused just inside the woodlot, ears perked wide, watching me.

Yeah, I saw you. And moments later, I spied your two buddies, bounding through the upper edge of the woods. And I saw you again a few minutes later, loping through the meadow, jumping the fence and disappearing into a corn field.

My dad would have been so thrilled.

If my dad had seen a white-tailed deer loping across their farm fields when he was a boy, not far from where we live, it would have been almost as astounding as our looking out the kitchen window today, and spotting a giraffe or an elephant strolling through the meadow. (Not that we’d want a herd of either, munching — or flattening — the cornfields).

Even as kids, it was rare for my siblings or I to see a deer locally. Spotting one on our trips through the central Pennsylvania mountains was a rare treat.

Today, they’ve become so commonplace that their tracks on our the field road intermingle regularly with other hoof prints. The very large ones are immediately recognizable, likely belonging to a renegade black-and-white steer that periodically jumps the cattle bridge. The smaller ones belong to our grandson Caleb’s especially ornery Black Angus calf.

After a rumbling rainstorm that had blustered through the previous evening, skies had cleared and a brilliant moon lit the farmstead when I’d headed to bed. Apparently, the bright night, coming on the heels of a couple of days of cloudy and dreary, had enticed a whole host of critters to come out and join the moonlit party scene on the field road. (Kind of like the spontaneous parties breaking out on college campuses, driving frustrated administrators to issue all sorts of warnings about pandemic fallout.)

Tracks in the muddy spots the next day told the tale of wildlife partying. Deer tracks in a couple of sizes were evident, intermingled with large, unmistakably-bovine hoofprints. Scattered in among those, especially near the largest mud puddle, were distinctive footprints — or handprints? — of the local raccoon tribe, sharply imprinted in the sticky soil. The puddle remaining after the earlier rain obviously provided a handy snack-washing spot for the partying raccoons.

Smaller, somewhat fuzzy tracks puzzled me a bit. Was that a fox print?

Then I spotted another track that’s become familiar, a single, perfect, very large canine print. The makers of these tracks I’ve only ever seen one time, several years ago. But the frequency with which their tracks appear around the meadow confirms that the elusive critters continue to roam the neighborhood. Coyotes. And, from the deep footprint left behind, it appeared to be a well-fed one. Maybe it’s been dining on the fat rabbits often spotted earlier in the summer, but unseen of late.

Hunting season for doves began last week, a sure sign of the upcoming fall season. Hunters seeking quarry are regularly advised by experts to do their homework, looking for signs and tracks of the type of game they plan to stalk. You can bet, by the time the season opens for deer, tracks will linger, but the makers will have vanished. Those woodlot and meadow white-tails will have gone, so to speak, underground.

And that’s why it’s called “hunting” instead of “getting.”