Mike and Kerri Stoltz of Duncansville, Pennsylvania, have always lived off the land. With 45 acres in rural Pennsylvania, they have raised poultry, rabbits, cows and pigs, and made cheese.

“We raised beef or pigs, and butchered for freezers,” Kerri said. “We had a couple of milk cows and made our own cheese. We did whatever we could to keep the bills paid.”

The livestock work was becoming more difficult as they grew older and they did not feel they were getting a good return on their hard-earned dollars.

“We happened upon a YouTube video about raising mushroom,” Mike remembers. “It looked like a possibility, and we thought we would give it a try.” They named their new operation Fat Caps Fungi.

“It was a trial-and-error process, as there is very little information out there about raising mushrooms — and most of them are hobby growers,” he said.

The Stoltzes said they burned a lot of money just obtaining knowledge. Most successful mushroom growers are not willing to share their secrets, they found, and neither did they tell how much work was going to be involved.

The couple bought books and watched YouTube videos and then decided to just give mushroom-growing a try. In retrospect, they admit a lot of mistakes were made.

The Stoltzes found their best source of mushroom spawn (to grow mushrooms from) was an outlet in Maine.

“We could create our own, but what we buy is always good and guaranteed,” Mike said.

“We never borrowed a cent to get started,” the Stoltzes said.

They converted the basement of their ranch-style house into a mushroom-growing area, and only bought equipment when they could pay cash.

Mike built the bagging box, which is an essential part of the operation.

It takes several weeks to go from spawn to actual product, and many steps are involved along the way. Once the Stoltzes had perfected their mushrooms, they had to find markets.

“We have excellent mushrooms,” Kerri said, “but we had to find restaurants and bulk buyers who thought likewise.”

The beautiful specimens were a hit with restaurants in the Pittsburgh area, they said.

Everything was going great for the mushroom venture, necessitating the couple to purchase a better vehicle for deliveries.

“We were known by name,” Kerri said about their Fat Caps Fungi business.

Then, March of 2020 hit along with the COVID-19 pandemic. Restaurants either closed or lost tons of business.

“We had so many mushrooms, we were giving them away to friends,” Kerri said about the sudden drop in restaurant demand.

Unfortunately, no livestock seems to find the same culinary delight in this fungus as humans do. Since they couldn’t use the mushrooms for livestock feed, the Stoltzes simply had to throw them away.

“Adversity can make you stronger,” Mike said. “We had to come up with a different plan.”

Kerri experimented with mushroom jerky, creating her own recipes along with umami (savory) seasonings and jellies. She came up with enticing flavors of mushroom jerky such as bacon, teriyaki, pepper, sweet heat, sweet balsamic and fig, and zesty Thai. The product has been a success with vegetarians and vegans.

Even though they are not fond of social media, they went online with every available platform they could find. Today, they are again busy selling both online and off, in various local specialty shops.

“We do very good in organic or health food stores,” they said. 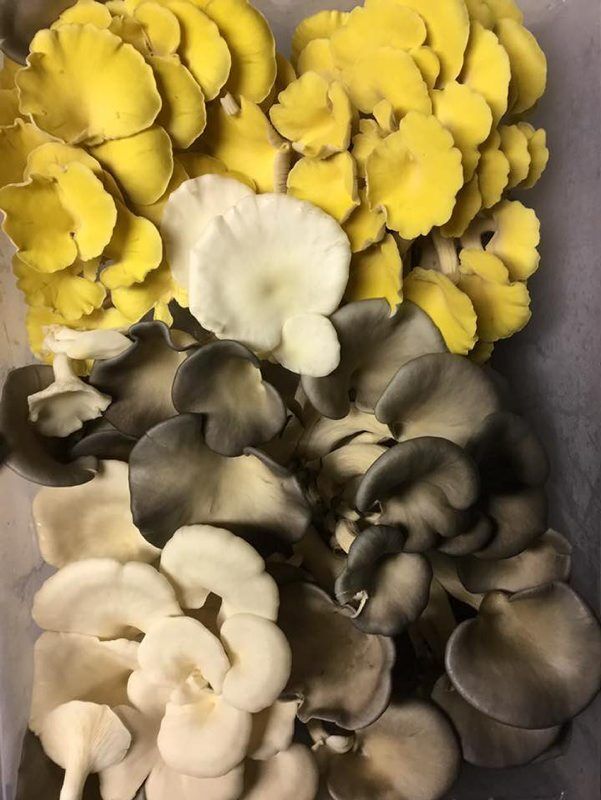 A selection of mushrooms from Fat Caps Fungi in Blair County, Pa. 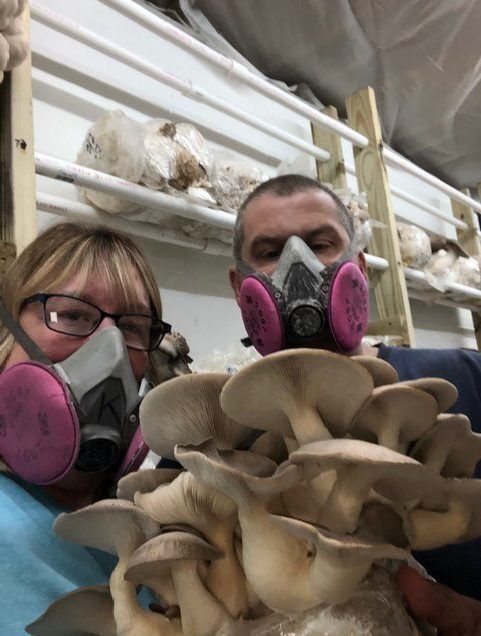 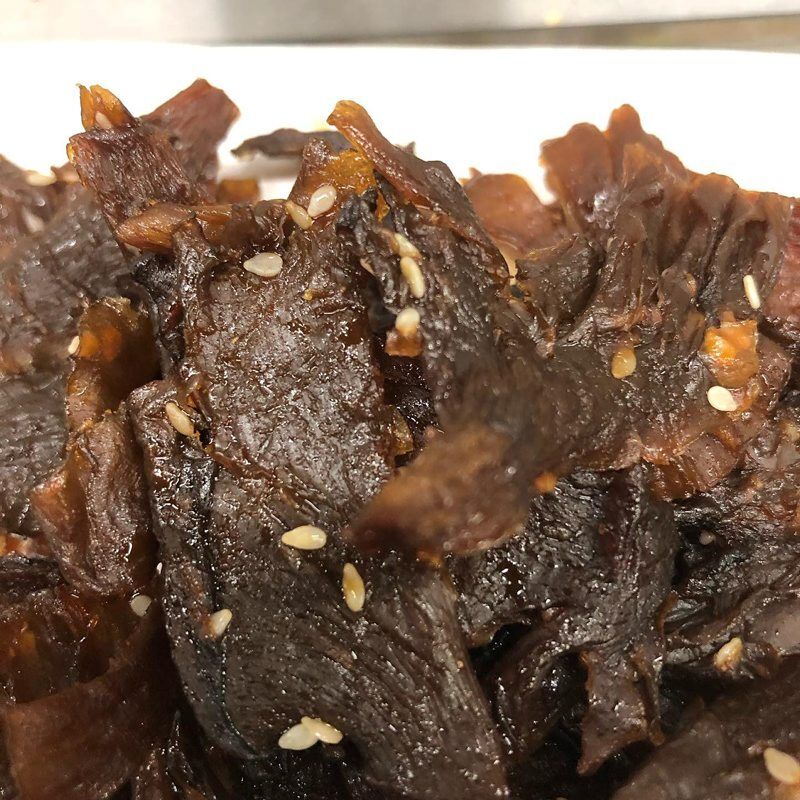 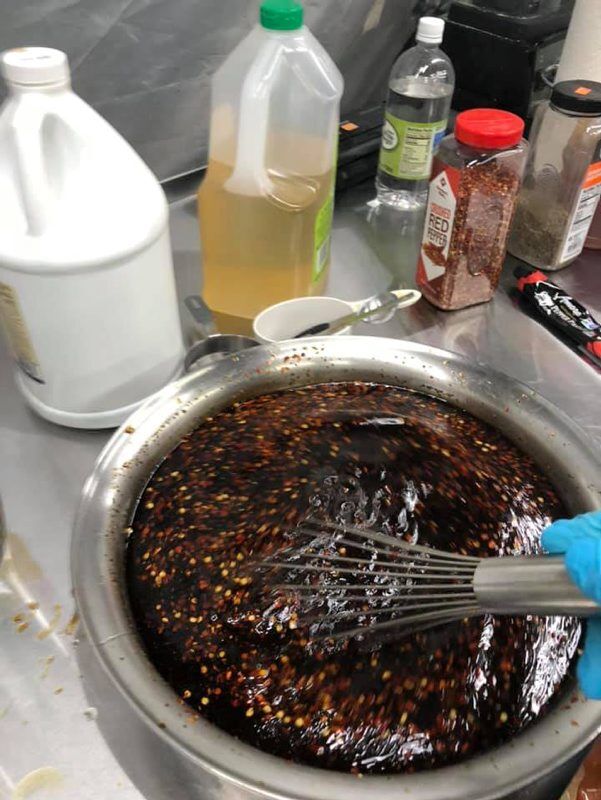 Kerri developed seasonings during the pandemic for mushroom jerky. 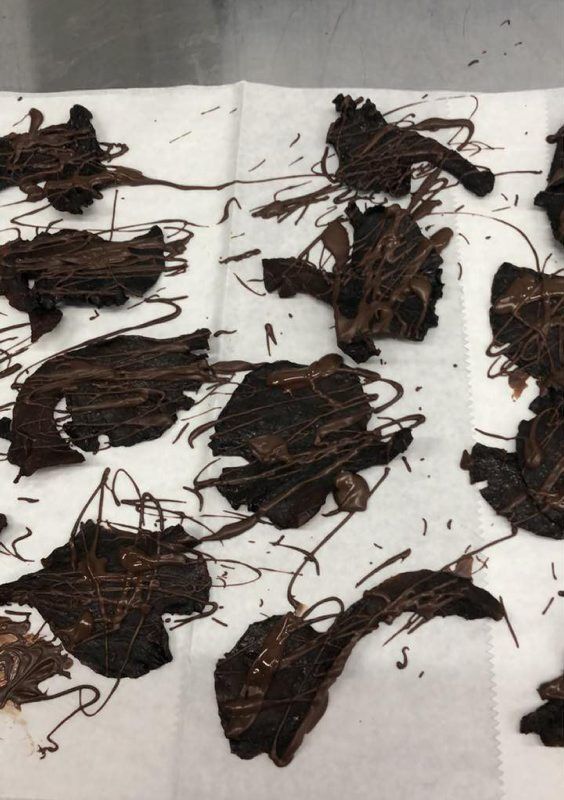 Mushroom jerky flavored with bacon and drizzled with chocolate. 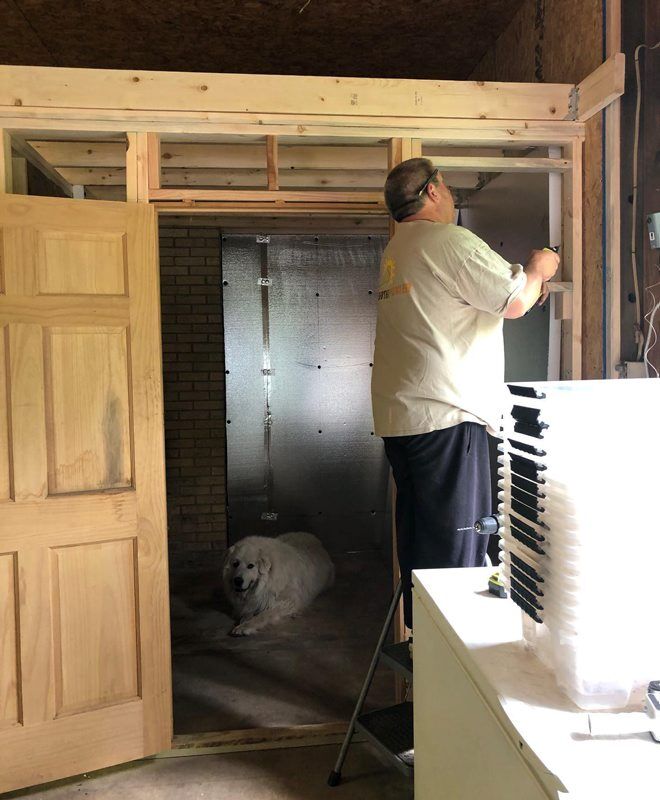 Mike built out the couple’s basement to grow mushrooms. 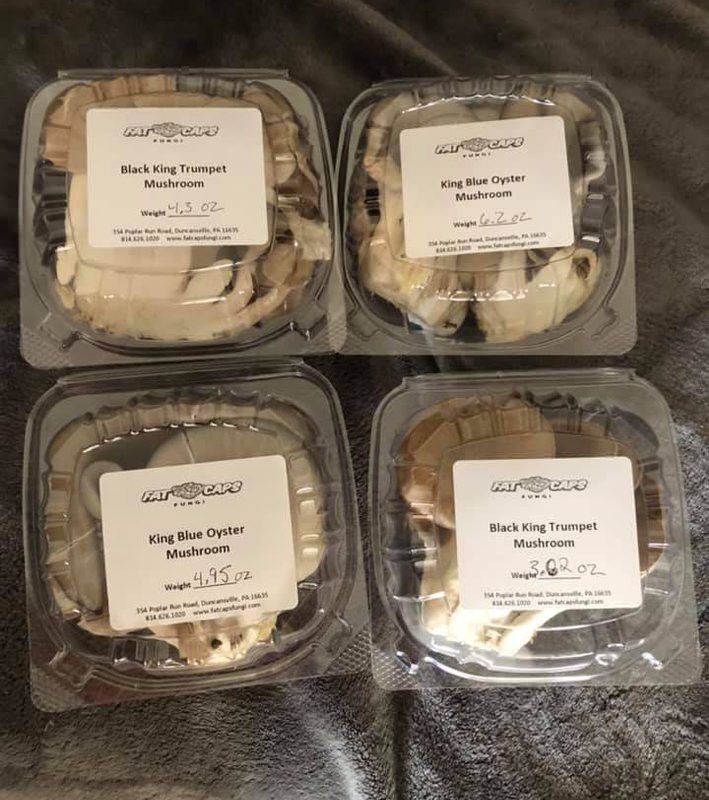 A selection of mushrooms from Fat Caps Fungi in Blair County, Pa.

Kerri developed seasonings during the pandemic for mushroom jerky.

Mushroom jerky flavored with bacon and drizzled with chocolate.

Mike built out the couple’s basement to grow mushrooms.

One of their best outlets nearby is the Altoona Joos cafe, which creates healthy, yet tasty, drinks.

“It’s really popular with the younger set,” the Stoltzes agree.

There is also an area pizza shop that likes Fat Caps Fungi mushrooms.

When summer arrives, the couple will also be doing farmers markets, and said that restaurants are beginning to open up, so things are looking brighter for them these days.

After several years of very hard work and an investment of about $15,000 with a lot of ongoing expenses, the Stoltzes said it’s time to make a profit.

One of their largest expenses is electricity to keep a fan constantly running to take the moisture out of the house or they would have mold.

“It’s been a learning experience,” Mike said. “And we haven’t stopped yet. With our jerky, Kerri had to play ‘mad scientist’ to come up with her recipes. We have to deal with social media, which was out of our comfort zone, but we are now producing about 250 pounds of mushrooms per week and it is starting to pay off.”

While Kerri and Mike are past the hobby stage of mushroom growing, they feel they are a long way from the top producers, but plan to keep working.

This past week, they bought some baby ducks which they are working to make “grandkid friendly.” They also plan on getting a few chickens.

“Mushrooms are good,’” Kerri said. “But I miss not having animals.”

Old Farmhouse the Chance of a Lifetime

Maryland farmers markets are hoping for another booming season as they prepare to reopen in 2021.

The Landis family reflects on their road to building a successful family poultry farm.

At an age when most people contemplate retirement, Nancy Poli decided to begin raising heritage pigs instead.

Researchers have developed a robotic mechanism for mushroom picking and trimming and demonstrated its effectiveness for the automated harvesting of button mushrooms.