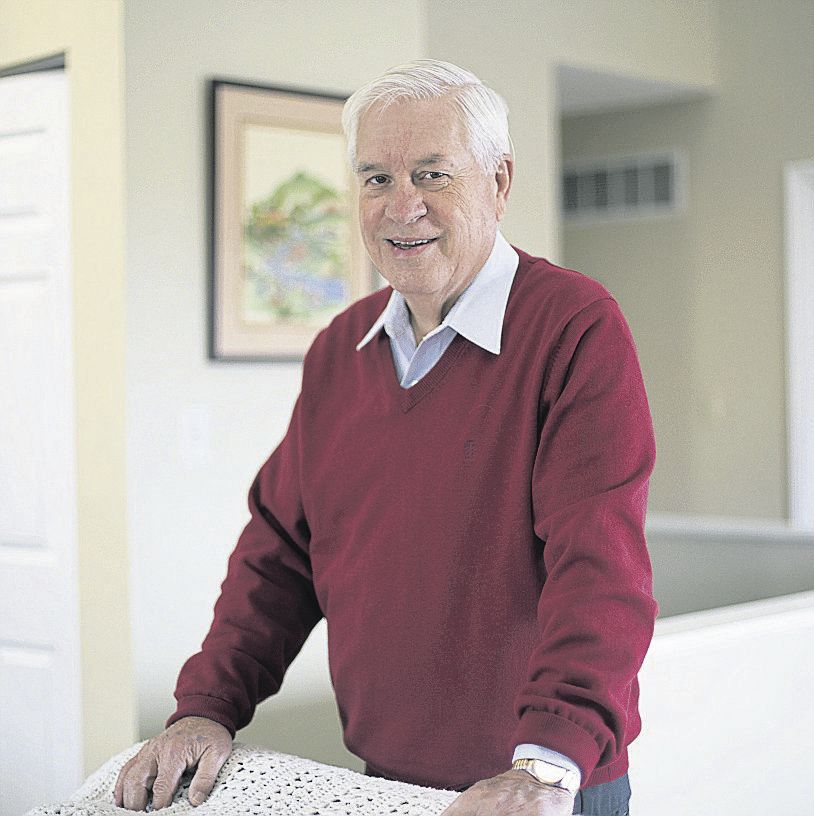 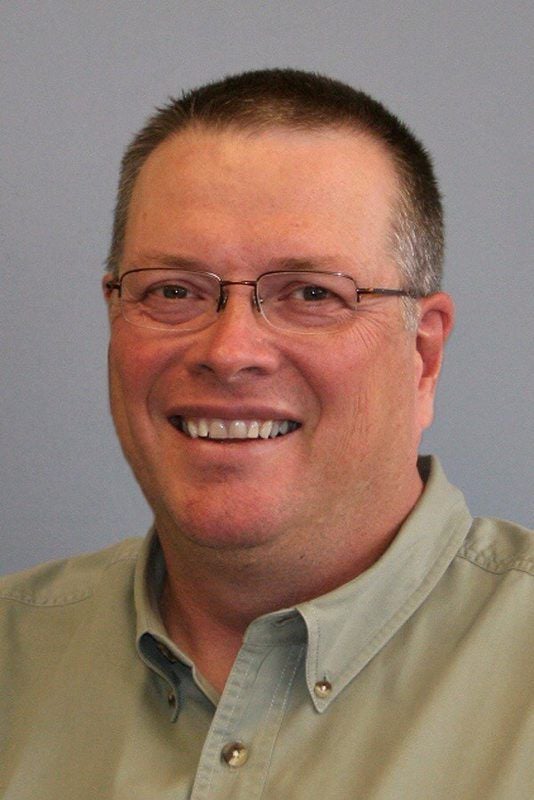 For many non-farm people, life on the farm may appear as an oasis apart from the stress of living and working in urban and suburban areas.

There appear to be no commuting nightmares, no timetables, no deadlines, no bosses, no production quotas and no health club regimens. It seems like farm life is from a simpler, more idyllic era, a time when people were one with nature and free from modern responsibilities. It is a romantic, pastoral image cultivated by 19th-century artists, poets and writers.

Michael R. Rosmann is an adjunct faculty member at the University of Iowa and a psychologist who founded AgriWellness Inc., a seven-state nonprofit program that promotes behavioral health services for people affected by the economic stresses involved in agriculture. He said that a July 7 study from the Centers for Disease Control and Prevention reported suicide statistic rates per occupation in the U.S. during 2012, which shatters the myth of a stress-free life on the farm. The report indicated that individuals involved in agricultural careers — including farmers, farm workers, lumber harvesters, ranchers and fishers — had the highest suicide rate (84.5 per 100,000 people) of any of the 30 standard occupational classification groups studied.

As incredible as it may sound, the suicide rate for people working in agriculture is much higher than that of military veterans, according to a July 15 article published by Newsweek magazine. The magazine article compared the 2012 CDC report with a 2014 CDC study of suicide rates among veterans, which was 35.3 per 100,000 people.

“There are behavioral health professionals who specialize in working with farm and ranch families, but not nearly enough,” Rosmann said.

Dennis F. Mohatt, vice president of the Western Interstate Commission for Higher Education Mental Health Program, grew up in rural Iowa and earned a master’s degree in community psychology at Mansfield University in Pennsylvania. He said that while there are different stressors farmers face, all human beings react differently to stressful situations. Some people do well and others do not.

“I don’t know of any innately different stressors between a farm family and somebody who lives and works in town,” Mohatt said. “We’re all in a very volatile economy right now. There are probably some structural issues that are different, especially if we’re talking corporate farm versus a real family farm ... then there is a difference.”

For a solo operator of a farm in an agricultural community, the farmer must purchase health insurance coverage for the family, which may mean purchasing a cheaper plan through the Affordable Care Act, with minimum health benefits, and with minimum mental health coverage, Mohatt said.

The average farm often operates on a marginal profit.

“The farm family probably feels the stress of the economy more rapidly than other rural dwellers because the impact is more immediate than for the person in town running a store,” Mohatt said. “While working during the farm crisis of the late ’80s, we saw a lot of farm families lose their farms — farms that had been in their families for multiple generations. The impact of that is a lot different than losing a job. That carries real trauma and it carries real guilt. But with the stoic nature of farm families, you don’t usually talk a whole lot about your struggles with your neighbors.”

Mental health issues continue to carry a stigma, especially with individuals, such as farmers, who pride themselves on their independence and their ability to solve their own problems, Mohatt said.

The result is that farm families are often reluctant to tell anyone they are experiencing serious emotional stress. Another obstacle that farm families face when they seek mental health services is that in many rural areas of the country, they have a limited choice of mental health providers. And that may cause them to feel like they are in a fishbowl, too exposed to people they know in the community.

Val Farmer, a Wildwood, Missouri, clinical psychologist and a syndicated columnist, specializes in rural mental health and family relationships, said he knows what it feels like to be a member of a farm family who loses their farm. He was born on his family’s farm, located outside of Great Falls, Montana.

“I was a boy on the farm and then we lost the farm to a Farmer’s Home Administration loan,” Farmer said. “So, when I was 8 years old, we moved from Fairfield to Great Falls. I remember we had sheep and some of my older siblings tended sheep, as shepherds, and they lived out with the sheep in a mobile facility where they could sleep and eat. I haven’t lived on a farm since then.”

Farmer said he learned more about farm life when he spent time as a Mormon missionary in Central America. While at graduate school at the University of Arizona, his minor in cultural anthropology nurtured an interest in tribal society, which led him to a mental health center where he counseled Mexican-Americans. Later, he accepted an internship working with Native Americans on the Papago Indian Reservation, in Sells, Arizona.

“To counsel farmers, it really helps to have the same agricultural-type language for farmers to appreciate that someone in the mental health field could really understand them,” said Farmer, who served as president of the National Association for Rural Mental Health. He was also a weekly guest for AgriTalk, a syndicated radio call-in show for farm audiences throughout the U.S., and a columnist for “Farm Wife News.”

“Farmers would have to start from scratch and educate the counselor about their profession and still not trust that they would be getting good advice,” Farmer said. “So I understand how important it is for counselors working with farmers to have a farm background.”

Farmer said farmers’ identities are built upon a deep emotional bond with their profession. That bond includes a sense of community, identity, and a love devoted to caring for and protecting the farm. Ironically, those positive motivations carry fear of failure and losing the farm; a loss of status in the community if the farm fails; and guilt, especially when a multi-generational family farm is lost. If a farm fails, there is also a loss of independence; loss of a lifestyle; and a reluctance to seek help because of a self-image based on self-reliance.

Rapid changes in the responsibilities needed to be a successful farmer are a recently new stress factor. This is especially true for older farmers, who resist having to be a marketer, a manager, an investment expert and a technology specialist, when all they really want to do is farm, Farmer said.

Farmer lists on his website some of the rural mental health topics he specifically focuses on, such as rural parenting, farm debt, leaving the farm, family farm management and women in farming, among others.

For example, the website states that there can be “poor boundaries in family farming.” He writes about a general scenario in which “a young adult farmer may not assert himself in terms of getting respect and fairness while working under a critical and controlling father,” and goes on to describe the resulting family dynamic: “Their relationship is one-sided and it may be obvious to (his wife), who may chafe at her husband’s inability to confront problems and her perceptions of her in-laws’ intrusiveness or poorly defined business arrangements. She may complain, clash or withdraw into depression (for example).”

Seeking help from a counselor to work through a dynamic like this can be critical to a marriage and health of the family business.

In another mental health scenario on Farmer’s website, the issue is workaholism: “With many tasks in farming being need-driven, one spouse can become a workaholic, ‘married to the farm.’ Farmers can have powerful reasons and needs from childhood to prove themselves to themselves and the community. Workaholism can be an avoidance coping strategy as much as alcoholism. The farmer lives a workaholic lifestyle that ignores important personal, marital and family needs. The work is demanding and the work is never completely done. ... The battle of how to balance priorities runs a destructive course.”

In addition, a safe environment must be provided. Counselors must be educated about farming and farm life. Trust must be established through honesty and compassion.

Jeffrey B. Roth is a freelance writer in south central Pennsylvania.

Committee to Vote on Plastics Bill

A bill that could help keep ag plastics out of the landfill is set for its first test with Pennsylvania legislators. Under the bill, recycling technologies that convert used plastics into fuels or other useful chemicals would be classified as manufacturing, not as solid waste operations. Read more

Farmers are acting quickly to get federal stimulus funding, and the list of ag products eligible for compensation could expand in the coming months. Read more

Fields 4 Valor is  a small farm that provides nutritious and free food shares for veterans and their families. The non-profit farm raises chickens, has apiaries and grows mixed vegetables near Washington, D.C. Read more