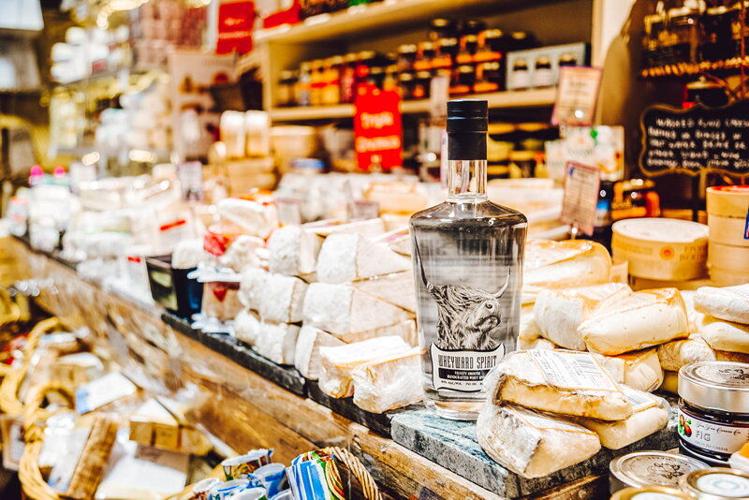 Wheyward Spirit is distilled with sweet whey, which is a byproduct of making cheese. 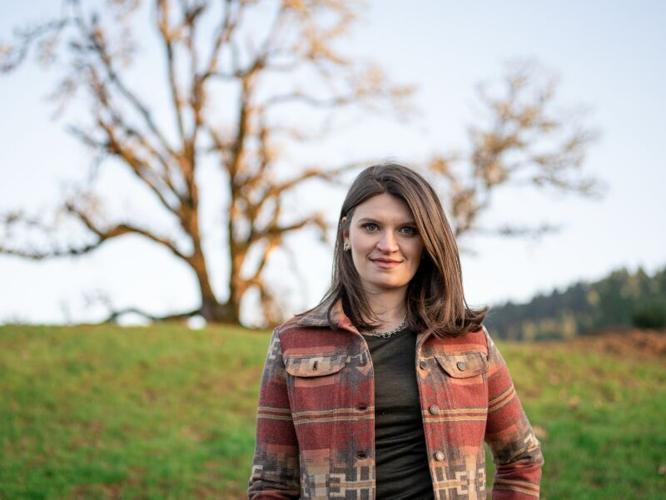 Emily Darchuk is the founder and CEO of Wheyward Spirit. 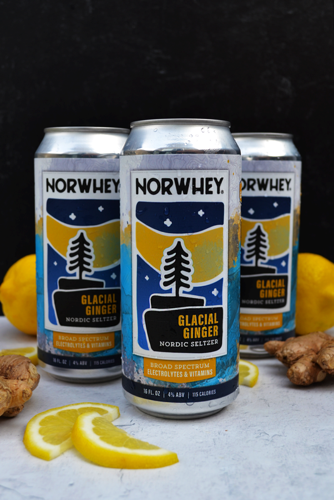 Norwhey Nordic Seltzer is brewed using acid whey, which is a byproduct of making strained yogurts, such as Greek yogurt. 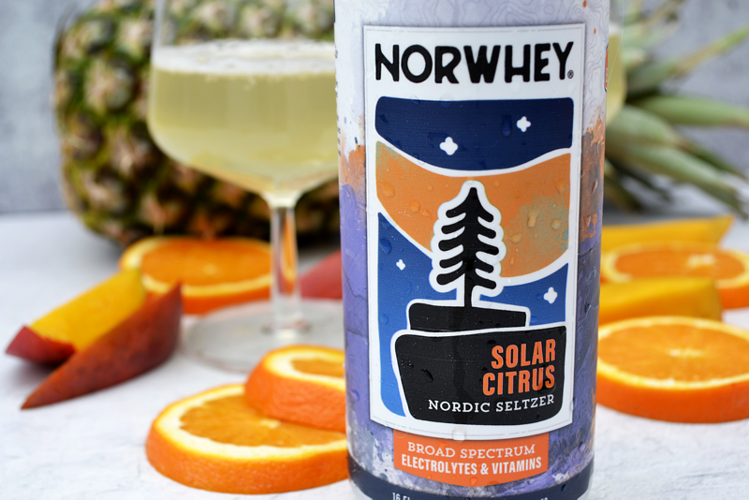 Norwhey Nordic Seltzer was launched in April of this year. 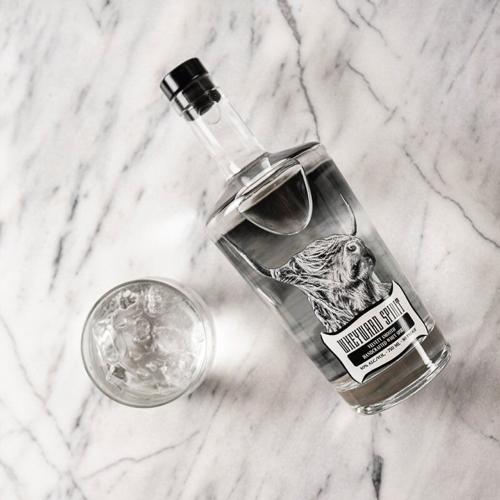 When considering dairy beverages, milk usually comes to mind. But if you’re looking for a stiffer option, the search won’t be a wasted effort.

From an 80 proof distilled liquor to a 4% alcohol hard seltzer, you can find these adult dairy drinks made with whey, a liquid byproduct of cheese and strained yogurt.

But why waste something that has value?

Enter the food scientists and their waste not, want not approach.

Wheyward Spirit, a liquor distilled from sweet whey — or the whey that is left behind after cheese making — launched in September of 2020.

The specialty spirit brand was founded by Emily Darchuk, who has a master’s degree in food science, specifically dairy science.

Darchuk said she never expected to be an entrepreneur. While working as a product developer and studying milk hauling for her thesis, she realized that whey is often wasted. The solution, she realized, is to distill it.

For every 1 pound of cheese made, there is 9 pounds of whey created. Darchuk has utilized about 500,000 pounds of whey since launching Wheyward, and she hopes that is just the beginning.

Sweet whey isn’t the only type of whey out there. Acid whey, a byproduct of strained yogurts, is often wasted because it isn’t utilized in protein powders.

Alcaine launched Norwhey this month and is excited by the early response.

While Darchuk utilizes distilling to bring out the natural flavors of the sweet whey, Alcaine brews the acid whey and then adds flavor, such as berry, ginger and citrus.

Wheyward Spirit’s natural flavors include vanilla, oak and spices, all of which Darchuk said are achieved through the fermentation and distillation processes.

“Our big thing with our spirit is you taste the difference and make a difference,” Darchuk said.

And though these products are made using dairy, they don’t look or taste like any traditional dairy product.

“It doesn’t taste like milk at all. I think the transformation of fermentation is amazing,” Alcaine said. “I think people would be surprised that they’re dairy-based products even though they’re essentially practically 100% whey.”

And these whey drinks are lactose-free due to the fermentation, distilling and brewing.

While the general process of creating an alcohol is still the same when using whey, there are a few differences in the distilling and brewing methods.

“Using whey as a substrate falls very nicely into either a distilling process or a brewing process,” Alcaine said.

Unlike grains, whey has a shorter shelf life, so the timing from processing plant to distillery or brewery is key.

Darchuk, who lives in Oregon, works with small-scale cheese makers in Oregon and California. She gets the whey directly from the processors and immediately takes it to her distillery.

Her understanding of milk hauling has helped her develop her transportation plan.

“I feel fortunate having some background in food and logistics,” Darchuk said. “When I did my thesis, I was swabbing milk tankers, so I kind of got a taste of how dynamic (the timing) is.”

Alcaine works with Greek yogurt manufacturers in New York. He currently picks up the whey in large totes but is hoping to graduate to tankers as his product grows. The whey is immediately transported back to his brewery.

By utilizing whey, which is a liquid, Darchuk and Alcaine eliminate the need for mashing, a necessary step in grain-based alcohol.

Using whey to produce alcoholic beverages isn’t just about eliminating waste. It can become another source of revenue for dairy farmers.

Whey-based alcohols could be particularly beneficial to smaller cheese and yogurt processors who generally don’t have the equipment needed to process whey. Selling their whey to a brewery or distillery can solve that problem and add some revenue.

“It’s nice to have these little craft industries popping up that are able to use what we picture as waste and now make it into a new product,” said Carly Becker, a Penn State Extension dairy specialist, adding dairy farmers are “always looking for new innovative ways to create less waste from their farm and be more environmentally friendly.”

Darchuk said her idea for Wheyward Spirit came about by simply wanting to solve a problem.

“My vision is, and hope is, all food and everything produced is fully utilized,” she said. “We like to say ‘every single bottle helps solve a problem.’”

Darchuk and Alcaine are not the only innovators utilizing whey in both alcoholic and non-alcoholic beverages, and they’re hoping to see the whey-based drink industry continue to grow.

“It’s still a very early stage in whey beverages, but I think there’s a lot of enthusiasm,” Alcaine said.

Dairy producers are turning a potential problem into a solution - using waste whey to cultivate mushrooms.

Pennsylvania Brewers Need Malting Barley, and Lots of It

In 2019, there were 401 craft breweries in the state, producing 3.6 million barrels of beer — enough product to supply 11.6 gallons to every Pennsylvanian over the age of 21 — and contributing $6.3 million to the economy.

As long as consumer demand for hard cider remains high, cider apples will be a high priority for some Northeast growers.

Dancing Grain Brewery in Moreau, N.Y., invites its customers to learn more about the growing, harvesting and brewing process.