The grass-fed beef cattle at the Graver Farmstead are fed baleage during the winter. 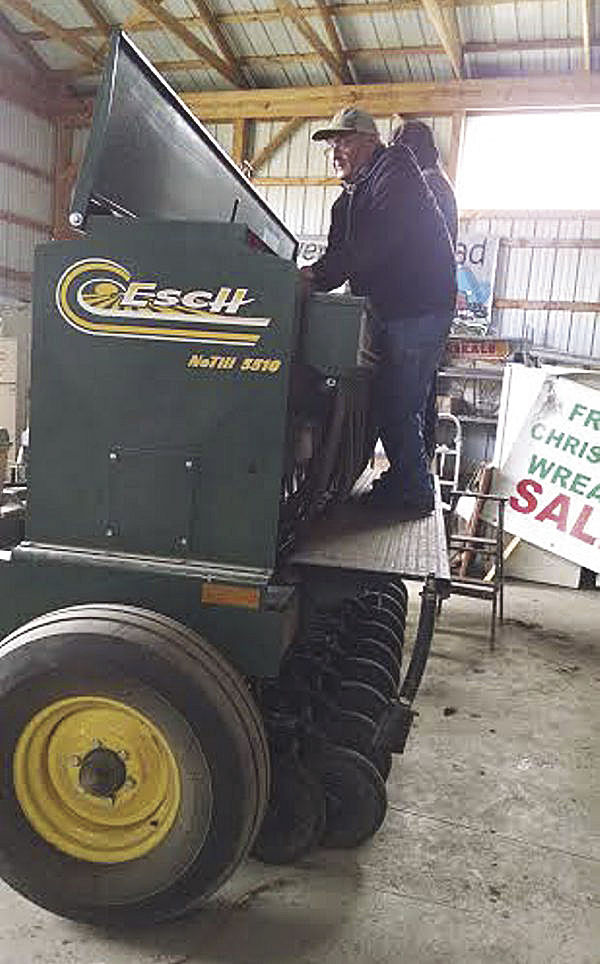 Charles Graver and his grandson prepare their field equipment for the coming season. 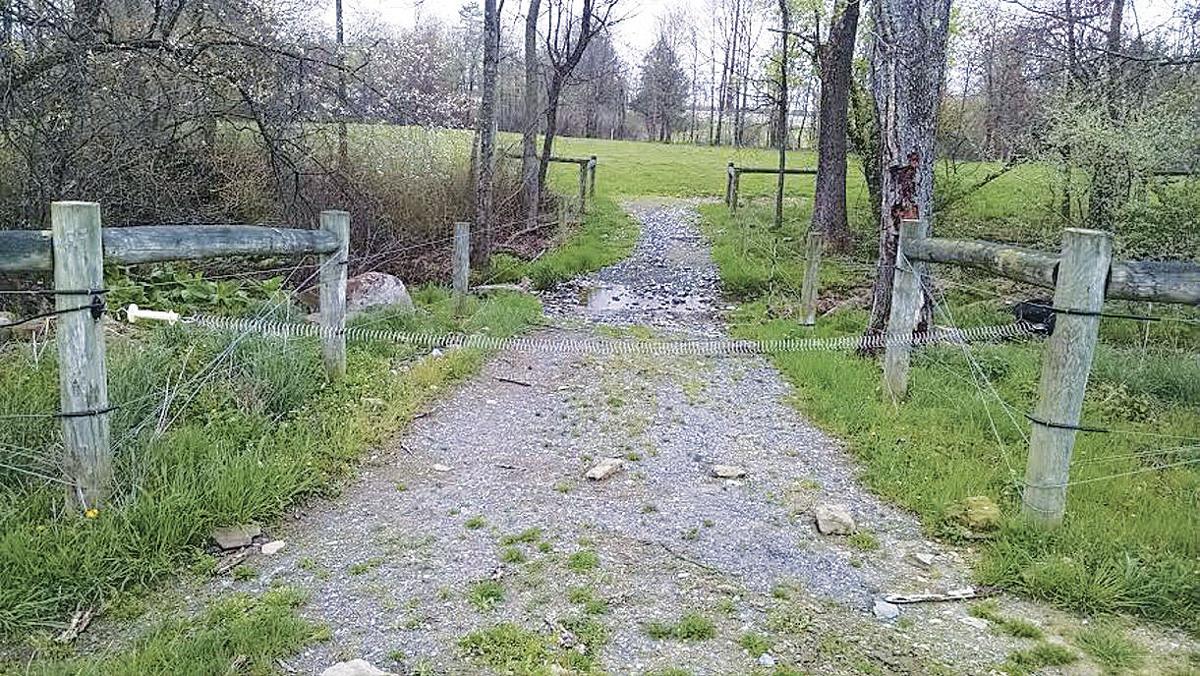 Among the Graverâ€™s conservation installations are this stream crossing and fenced buffers. 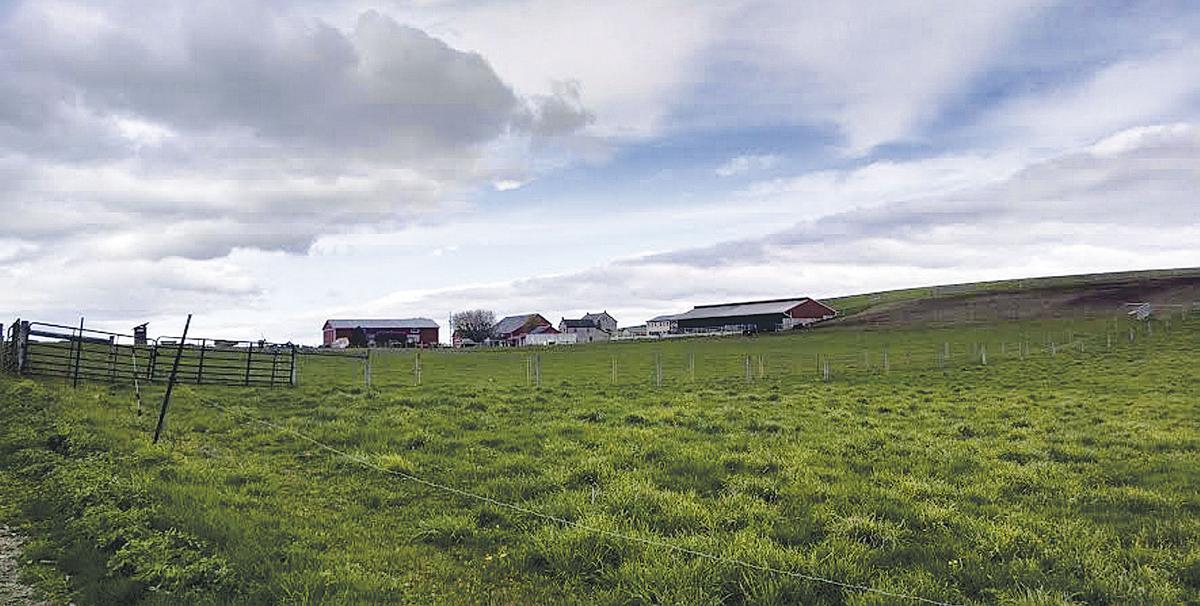 The Graver Farmstead pastures are sectioned off for rotational grazing.

The grass-fed beef cattle at the Graver Farmstead are fed baleage during the winter.

Charles Graver and his grandson prepare their field equipment for the coming season.

Among the Graverâ€™s conservation installations are this stream crossing and fenced buffers.

The Graver Farmstead pastures are sectioned off for rotational grazing.

BATH, Pa. — Charles and Janice Graver are exemplars of good environmental practices on a beef operation.

They graze 75 head of cattle through rotational pastures on their Bath property. Annual fields are sectioned off, and the cows are moved daily. Perennial fields are replanted and maintained every three years.

Their approach is part of the family’s heritage. Charles Graver says he and his family always felt it a privilege to farm their neighbors’ lands.

In the 1960s, his father would pay for field improvements on those lands in exchange for five-year lease agreements.

The Gravers were some of the first farmers in their area to use contour strips and early preservation techniques, and in the ’70s, Charles and his brother were among the first to switch to no-till.

Since those initial improvements, Charles Graver has worked closely with the local office of the USDA’s Natural Resources Conservation Service to protect the farm’s streambanks, institute rotational grazing for the farm’s grass-fed beef and build a manure storage facility, along with a number of other preservation practices that continue to grow with each passing year.

Every aspect of the 150-acre property shows signs of conservation. The transition from row crops to pastured fields has noticeably enhanced the farm’s soil health.

The Gravers still grow and store high-quality baleage, which keeps their cattle gaining weight through the winter months.

Engineered swales and contours have, over the years, nearly eliminated wash in those fields, and each year Janice Graver picks a new focus off the NRCS list and spends the next three years implementing those projects.

Promoting pollinator areas, protecting small animals by placing grates over water tanks and using nitrogen stabilizers in the fields — a practice that’s been on farm for years — are just a few examples of the Gravers’ commitment to stewardship.

Their Graver Farmstead, a state bicentennial farm, was preserved by Northampton County in 2007.

“Charlie’s always had the mindset,” his wife said. He keeps up to date on agricultural news and innovative techniques, reading every day and often working with Peter Zakanycz, the NRCS district conservationist out of the Bethlehem field office.

“It’s pretty easy to work with the Gravers,” Zakanycz said. “We’ve had good success there.”

The NRCS is currently working on similar projects on nearby farms, and Zakanycz said the local office has a good rapport with many of the area farmers.

If the office receives the necessary federal funding from the Environmental Quality Incentives Program, farmers are willing to do the work to build these sorts of conservation-minded projects, he said.

The Gravers also collaborated closely with the county conservation office on a gated stream crossing with buffers to protect the property’s tributary of Hockendaqua Creek and on fencing to keep the cows out of the pond.

“The spring development was one of the best things we ever did,” Charles Graver said. A pipe now runs underground from the pond to a concrete drinking basin down pasture.

The couple have done a lot of research and found a strong grass-fed network to lean on over the years. They are growing with the science and techniques of good grazing.

Farmers from as far away as New York attended the NRCS farm tour that highlighted the Gravers’ best management practices.

It was one of the best-attended pasture walks the organization has had, the Gravers were told, and they said they are pleased that the message of conservation is spreading.

Janice Graver said other small farmers could implement these practices with some planning and commitment.

Some farmers, however, may not know about the resources available to help them or exactly what they can do to practice conservation.

“I think there’s a whole lot of small farms that need to do it. Somebody has to step up,” she said. Getting small farmers on board is critical.

Education is a big part of Janice Graver’s mission, and at farm markets she often sets up themed boards with information about good farming practices to share with her customers and other farmers.

Jamie Brozman, secretary of the Pennsylvania Angus Association, lauded the Gravers for their commitment to educating other people.

At the markets, Brozman said, Janice Graver can be found spending 15 or 20 minutes talking with a customer about the positive work being done on the farm.

Brozman also commended the Gravers for pushing their grandchildren to take ownership of these commitments within the farmstead.

The Gravers received the Pennsylvania Angus Association award based on peer nominations, and NRCS and Extension reports.

That award was then submitted to the Pennsylvania Cattlemen’s Association for consideration in its rankings.

Ann Nogan, the state association’s executive assistant, said the Gravers have done a lot of important work to better the future of the industry.

“They are a great example of what farmers are doing daily to support land resources and water quality,” she said. “It’s great to give credit to those who are doing good work.”

If the Gravers do well in the National Cattlemen’s Beef Association’s regional awards, they will move on to compete for the national Environmental Stewardship Award later this year.