Larry Lampman of Ancramdale, New York, grew up on the same land that he farms now at age 78. However, instead of having a herd of milking cows like his father, he raises beef, finishing six each year.

It was back in 1999 that he and his wife Erna took over farming the 315 rolling acres.

Lampman intended the farm to give him something to do after his retirement from environmental engineering with the New York State Department of Environmental Conservation — more than as a moneymaker. He enjoys raising animals, a trait that seems to be inherited in his family.

Since the late 1800s, his family has farmed these acres, beginning as a horse and sheep operation with Lampman’s grandfather. Later, his father and uncle shifted the farm to dairy.

Lampman decided to start a grass-fed, grass-finished beef operation at Fox Hill Farm because “it seemed the right thing to do because of soil erosion,” he said. “I didn’t want to see corn on hillsides and see our fertile soil — our most important natural resource —slide by the Statue of Liberty.”

Legacy of the Randall Linebacks

For a few years, he worked on the farm while also working for the DEC. When he retired, he concentrated on improving the farm and his herd’s genetics.

Lampman grows no row crops. Instead, he rotationally grazes his herd to preserve his land from the erosion issues he has observed that result from growing corn and soybeans. He raises hay for the cattle’s winter feed. Though the farm is not certified, Lampman uses organic practices.

He selected specialized breeds for his herd — British Whites and Murray Greys — because of the animals’ gentle nature and their ability to thrive on grazing alone. Both types are considered heritage breeds and are prized for their meat flavor and quality as well as high levels of omega-3 essential fatty acids.

Lampman takes pride in carefully breeding the cattle for the traits he desires in his herd. Distinctive for their white body coloring and black points, the British Whites originated in the late 1600s in England. A dual-purpose breed, they gain mass easily and give copious amounts of milk.

The much newer Murray Grey hails from a farm along the Murray River in New South Wales, Australia. The breed began in the early 1900s with the breeding of a light-colored Milking Shorthorn by Aberdeen Angus bulls. All the offspring were light gray and carried the characteristic of docility and the ability to easily gain body mass, both beneficial traits for a cattle operation. 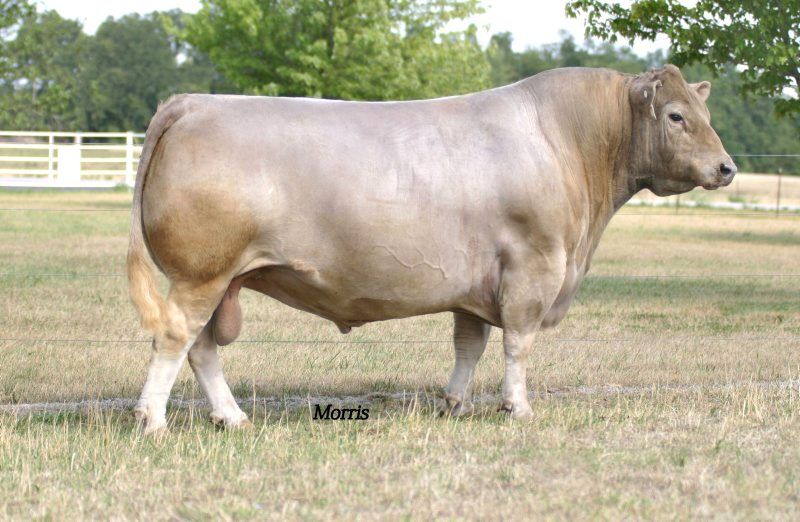 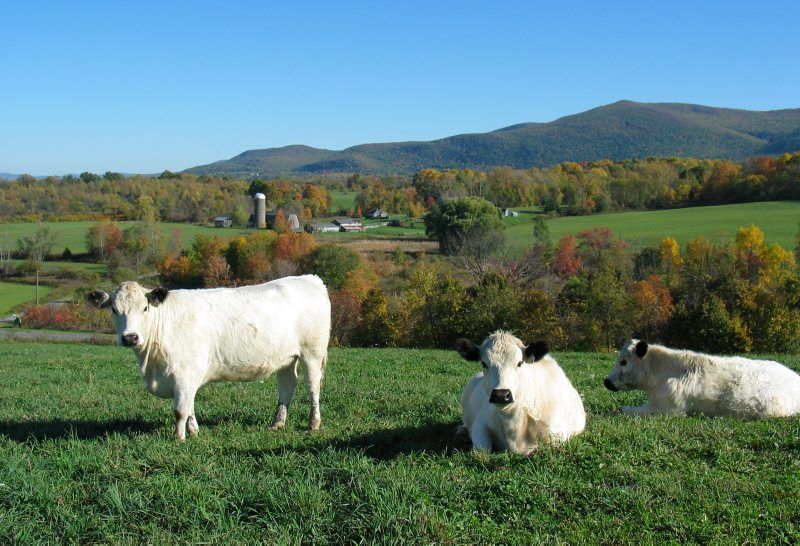 Lampman raised British White cattle to have “something to do” when he retired from his conservation job. 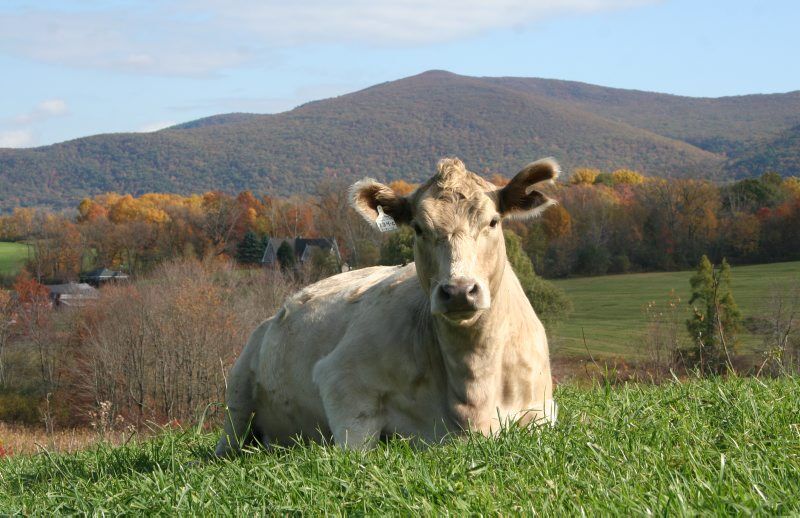 Lampman chose Murray Greys because they are a heritage breed that grows well on grass and are known for their docility. 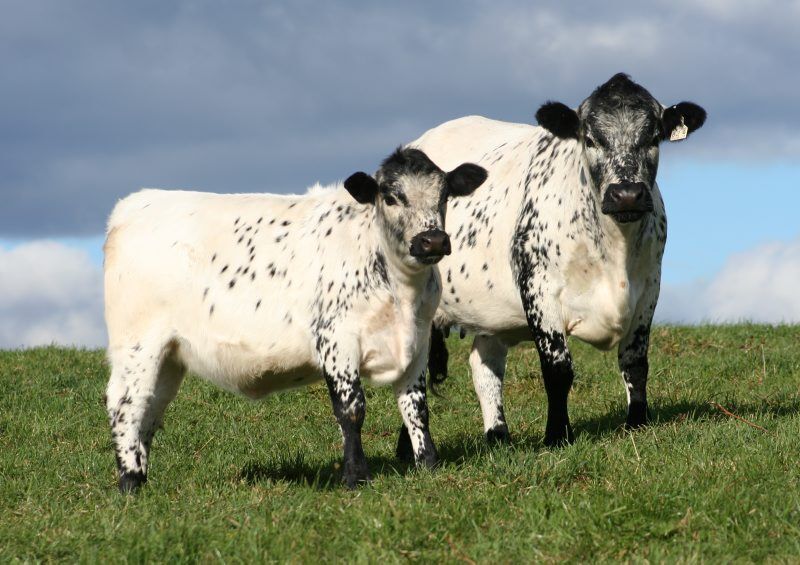 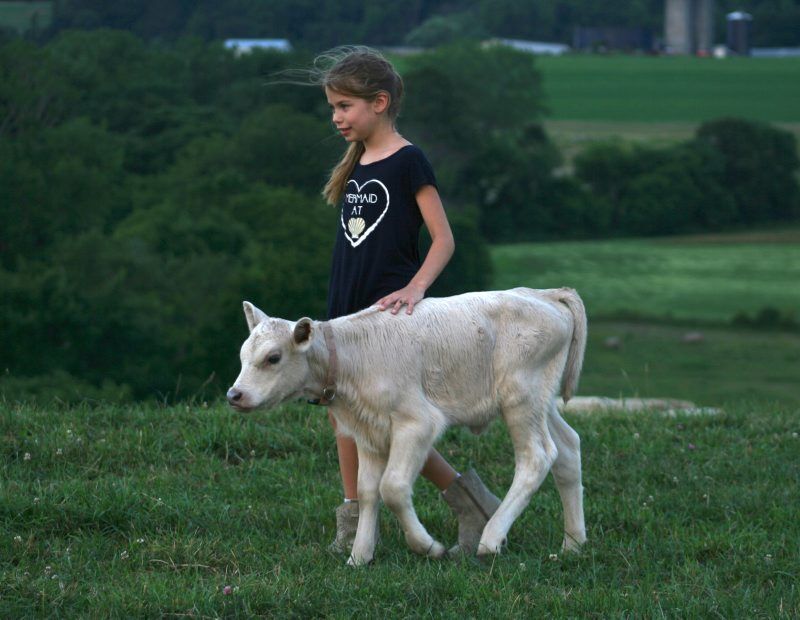 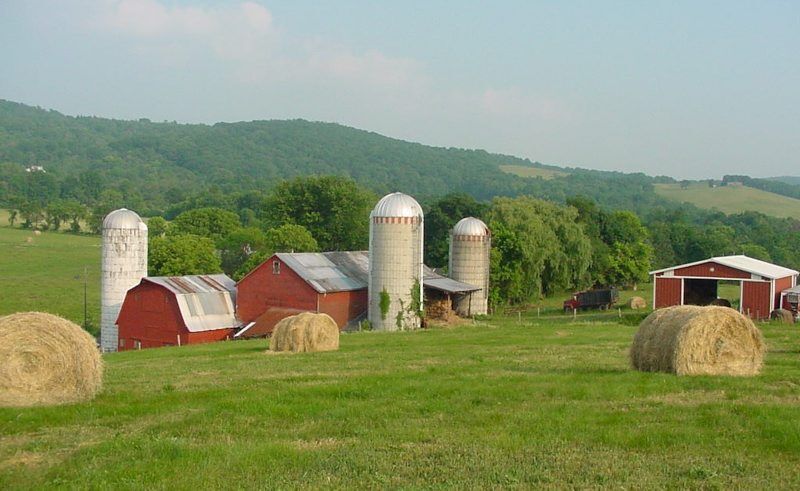 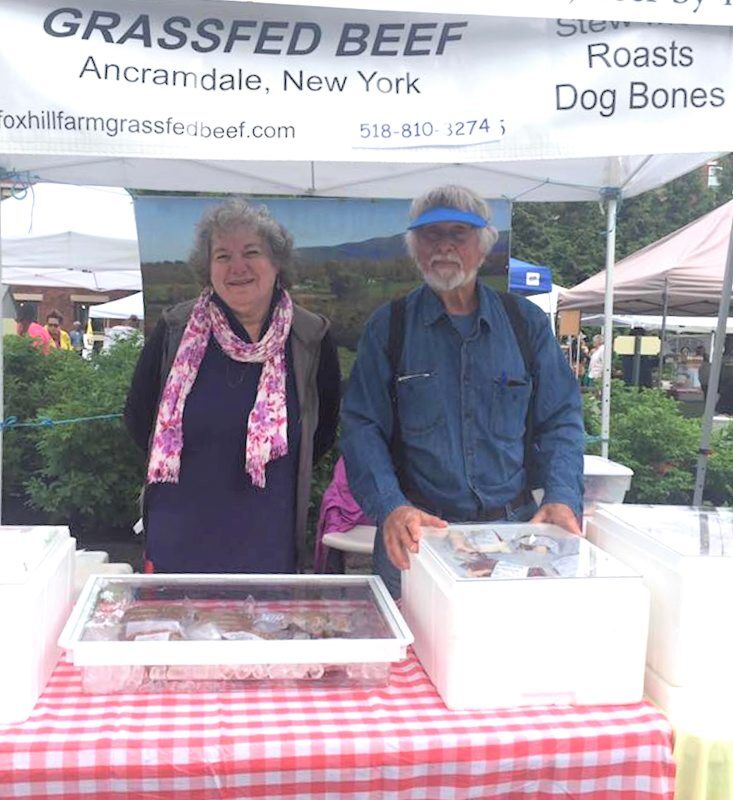 Erna and Larry Lampman at their farmers market booth.

Lampman raised British White cattle to have “something to do” when he retired from his conservation job.

Lampman chose Murray Greys because they are a heritage breed that grows well on grass and are known for their docility.

Erna and Larry Lampman at their farmers market booth.

For butchering, Lampman uses a local USDA processor. He sells custom cuts, quarters, halves and wholes of beef from the farm. Through a few local sales points, including the Berkshire Co-Op Market and Copake Front Porch Market, he sells beef cuts and PaPa Dogs, his natural, all-beef, no-nitrite hot dogs in natural casings. Lampman sells PaPa Dogs for immediate consumption at festivals such as the Newport Jazz and Folk festivals, Pete Seeger Clearwater Event and more.

He also sells breeding stock to cattlemen in several states.

Lampman markets the farm through its website, on Facebook and through word of mouth. The market for natural beef in his area is strong enough that little marketing is necessary, he said.

'A Pretty Good Way of Life'

Old Farmhouse the Chance of a Lifetime

As successful as his beef operation has been, he farms for more personal reasons.

“I like the cattle; it’s mostly that,” he said, when asked about why he likes farming. “It’s nice to make a quality hay product that they like and the calves are cute as buttons. Two of my granddaughters have participated with the Strolling of the Heifers.”

He added that about 10,000 people come to watch the annual event in Brattleboro, Vermont.

“It’s nice that the kids have enjoyed it,” Lampman said. “Sometimes, 4-H girls take the cows to the county fair. That is so much fun.”

In late March, Lampman had open heart surgery. As much as he enjoys farming, he has realized for a while that he should slow down and step back from the rigors of farm work.

“I’ve had my run,” Lampman said. “My wife put up with me all these years and taking so much time to do the farm.”

Though the land has been in his family since the late 1800s, he must find a buyer for it and take it easy for his health’s sake. He is willing to sell it with or without the cows.

“It’s a pretty good way of life,” he said. “You won’t get rich. It’s a pretty area we live in. We have good neighbors who are farmers.

“Ideally, I’d like it to be someone who’d like to continue to farm. Land is fairly expensive as we’re under 100 miles from Manhattan. The farm is under a conservation easement, but people can still build under a certain size, like if they wanted to build a barn for a horse operation.”

In his retirement, he hopes to continue writing a children’s book he is working on with one of his granddaughters.

“It was first made as a birthday card, but it would be ‘Lucy and the Little Calf,’” Lampman said. “I’d like to finish it within the year.” He anticipates marketing the book at farm supply stores once it is done.