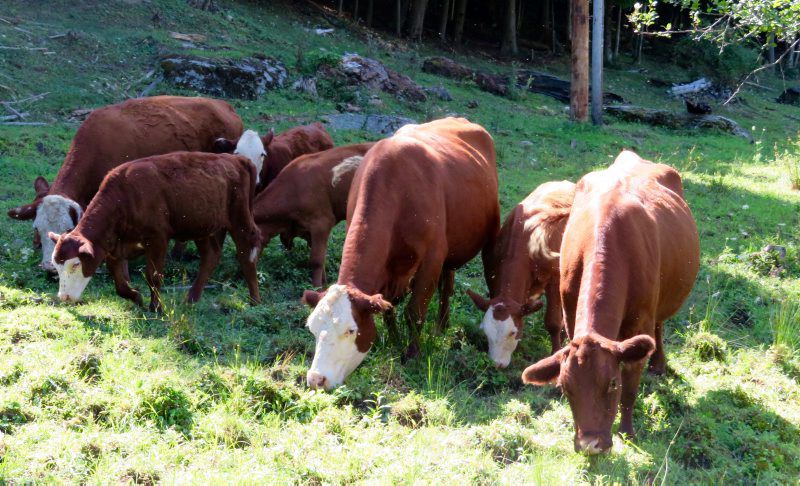 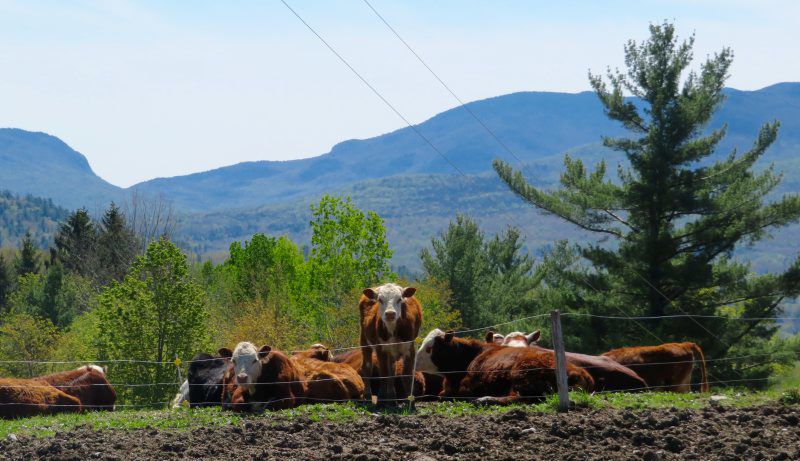 Vermont beef cattle such as these on a Sheldon, Vermont, farm are high in demand, as the state's beef industry continues to grow.

Vermont beef cattle such as these on a Sheldon, Vermont, farm are high in demand, as the state's beef industry continues to grow.

ST. ALBANS, Vt. — Agriculture industry insiders know how dairy has fared in Vermont over the last five years — not so well — but what about beef?

“Beef is doing better every year in Vermont,” said Chip Morgan, president of the Vermont Beef Producers Association. “Producers talk about low beef prices, competition from other parts of the country that can grow beef at a lower price, the weather and politics — pretty much the same as anywhere.”

He added, “We’re lucky in this state to have no shortage of water and an established farming infrastructure that reduces startup costs for a beef operation. Now that we have reasonably stable markets, the risk is lower than it was 20 years ago.”

The VBPA is a nonprofit organization that “strives to be the foundation of a profitable and sustainable beef industry in Vermont,” according to the organization’s website. Founded in 1981, the VBPA “works to advance members’ economic and legislative interests” — and its efforts have proved successful.

“We’re seeing lots more beef in fields and barns than in the past, and of course, dairy cattle are beef, too,” Morgan said via email earlier this week. “Some of the beef breed/dairy breed crosses are doing well, depending on the demand at the big beef operations and processing plants in Pennsylvania and beyond.”

Beef cattle have always been a vital part of Vermont’s rich agricultural history, but as demand for the state’s brand of milk and maple products grew with the national Buy Local movement, beef followed suit.

Today, the Green Mountain State boasts a diverse offering of beef, from Angus and Hereford to Wagyu, Scottish Highland and Charolais.

“The more exotic breeds have their following, and the growers have worked hard to build their brands,” Morgan said. “With a fairly small volume of meat being produced in the state, the specialty breeds and cuts help smaller producers work with smaller buyers who want something different.”

Morgan has been in the beef business for 20 years. He grew up on a small upstate New York farm that contained mostly horses and a few beef cattle, but he spent most of his time on a neighboring dairy farm. After college, he embarked on a broadcasting career and eventually started his own international consulting company.

In 1999, Morgan moved to a small Bridport farm that had been used for dairy, sheep and horses. Still immersed in broadcasting, Morgan cleaned and readied the property for beef cattle. That’s when he established Wood Creek Farm Beef.

“I saw the need for high quality, local beef and jumped into the business headfirst,” he said. “This grew into a nice, local product business, selling meat to hotels, restaurants and institutions in Vermont and neighboring states. I was using just about every processing plant in the state to harvest 12 to 16 head a week making strips, ribs and tenders plus high-quality ground beef. This was early in the local trend and business was strong, but I began to see that others had the same idea and more money than I did. They were able to undercut prices, and customer loyalty only goes so far.”

So Morgan started a “very low-cost commodity line of products” to help buyers who shared a chief concern: price. Reinhart Food Services distributed both lines of Morgan’s products, but Reinhart dropped them after a “non-proven E.coli issue” surfaced at one of Morgan’s processors.

Wood Creek Farm Beef continued the commodity line for a couple of years, until insurance requirements and other issues made Morgan scale back to growing animals.

“It was a great education, as we paved the way for many of the current beef operations selling wholesale in the state,” Morgan said. Meanwhile, he became involved with the VBPA, eventually becoming president.

According to Morgan, Vermont suffered from a lack of processing plants several years ago, and those that existed were at capacity. So the VBPA and others petitioned the Vermont Legislature to support construction of new plants and expansions of existing ones.

“Between the state investments and loans for new facilities and expansion of facilities just across the borders in New Hampshire, Massachusetts and New York, most of the processing bottleneck was removed and vertically integrated beef businesses were able to grow,” Morgan explained. “Meanwhile, dairy farms — with all the infrastructure already in place — began running small beef herds and some farms converted fully to beef. Lots of small producers had new markets from companies selling Northeast beef, Vermont beef or local beef — and demand continues to grow.”

The state has remained instrumental in propelling Vermont’s beef industry. The VBPA board of directors includes a veterinarian from the state agriculture agency, and in February, 45 farmers and ranchers graduated from the Ranching for Profit School in Burlington. Billed as “the leading national livestock profitability school,” the program featured students from Australia, Canada and 12 U.S. states — including 14 from Vermont.

The RFP challenges beef farmers and ranchers to “critically examine practices they currently employ, and explore new ideas and approaches to increasing the profitability, productivity and sustainability of their farming operations,” said Jake Claro, Vermont Farm to Plate director at the Vermont Sustainable Jobs Fund.

Bringing the school to Vermont is part of a multi-year effort to strengthen Vermont’s grass-fed beef industry, according to Claro.

“Stakeholders in Vermont have recognized that more support is needed if we want to grow the pasture-based beef industry in both Vermont and across the Northeast,” Claro said. “By supporting the profitability of a group of farms learning together and from one another, we can strengthen and grow the region’s grass-fed beef industry for the betterment of consumers and farmers.”

The federal government is also paying attention to Vermont’s beef industry. In July 2014, after consulting with the VBPA and recognizing the state’s well-established local food system, the USDA started issuing the “Vermont Monthly Beef Report,” which provides pricing information and trade volume for the Vermont. The report is entirely producer-driven, and farmers supply their information voluntarily.

The first USDA Vermont beef report issued in July 2014 shows 5,125 pounds of product processed that month — up from 1,881 pounds the previous month. Back then, the average price for a dressed beef carcass was $285 per hundredweight.

The December 2018 Vermont beef report shows 21,271 pounds of beef sold out of Vermont — up from 14,659 pounds in November. The average price for a dressed beef carcass in December was $513.49 per hundredweight.

Marketing has been key to growth in Vermont’s beef industry, Morgan said.

“The worst thing a farmer can do is buy a bunch of animals, raise them and have no place to sell them,” he said. “Without marketing, there is no market. These days, there are so many ways for buyers to find what they want. The VBPA strongly believes that there is a market for local beef, and there is an even larger market for beef from Vermont.”

The challenge, he said, is in getting large numbers of consistent animals that appeal to larger buyers.

“We work hard every day to get farmers to think about consistency, which comes from controlled breeding, thoughtful grading and sorting starting at an early age, and having separate market pipelines for each of the grades of animals that come from your farm,” Morgan said. “We’re grateful to those who help us spread the word about how great the beef is from this part of the world.”

Leon Thompson is a freelance writer in Vermont. He can be reached at wunwish@yahoo.com.