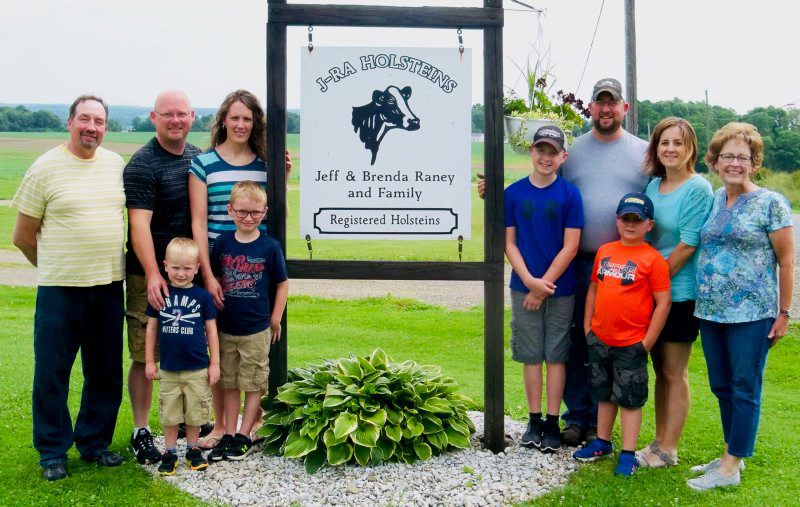 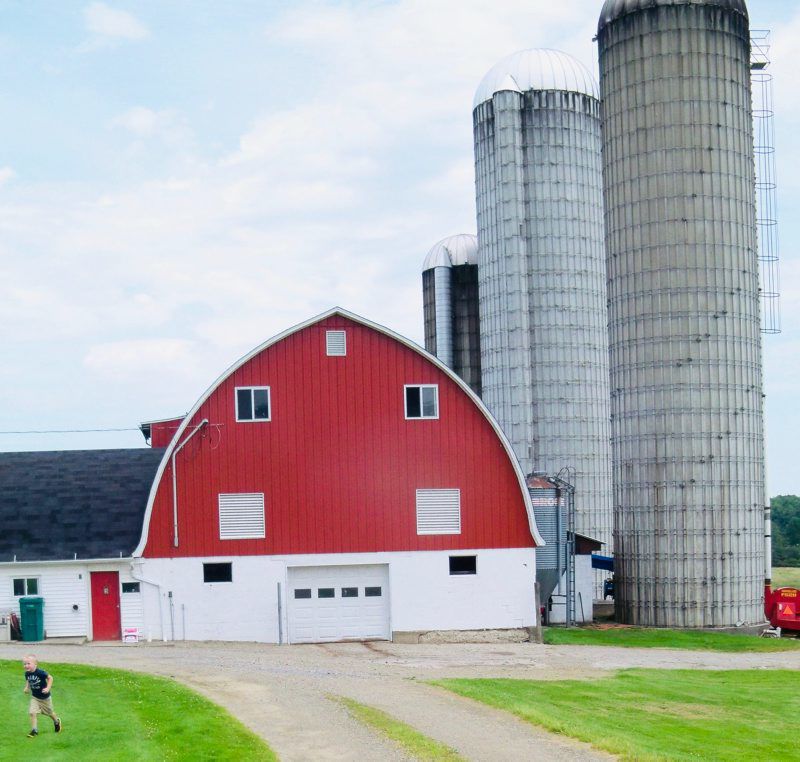 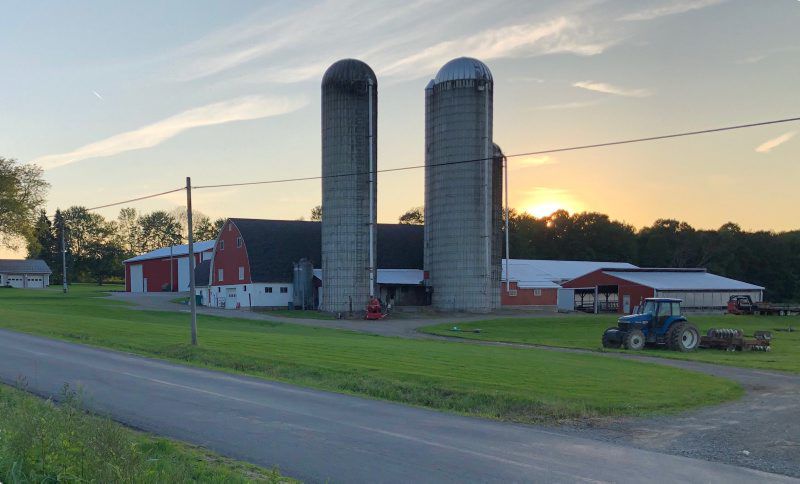 A landscape view of the Raney Farm in Adamsville, Pennsylvania. 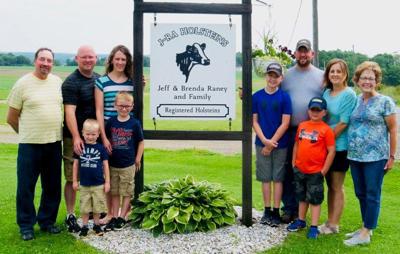 ADAMSVILLE, Pa. — Jeff and Brenda Raney want their farm to be inviting.

The Raney family works to present a positive image of the dairy industry to the public at the farm and when they are showing their cattle.

The Raneys bought their farm in 1984. The story of how they acquired the farm is very unique.

“After having worked several jobs, I was working as a herdsman at the Black Pond Dairy Farm,” Jeff said.

“We were very young with a baby,” Brenda said.

While on a Sunday afternoon ride, they came up over the hill. They spotted this beautiful farmstead along the road.

“That is what I want our farm to be like,” Jeff told Brenda.

A while later, Brenda was working the 3-to-11 shift at the hospital. She was very surprised that Jeff was up when she got home.

“Remember that pretty farm we saw while riding around a while back? Well, John Vanderstappen, the owner, called and wanted to know if we would like to buy his farm,” Jeff said.

The young couple was flabbergasted. That was in January.

“We turned him down,” Brenda said. “He had been watching Jeff and thought he would be a good person to take over his farm.”

Again in June, Vanderstappen called. The Raneys reworked the numbers and Vanderstappen said that his doctor told him he had to stop milking cows.

The decision was made.

They purchased the cows and equipment with a down payment from their savings and rented the farm.

There were 38 grade Holsteins on the farm with no young stock. The Raneys brought a cow and two heifers that they owned with them.

Vanderstappen moved into a nearby town. He told the young couple he wouldn’t hover but for them never to hesitate if they had questions.

“John was a mentor,” Jeff said.

The farm didn’t have facilities for young stock, so the Raneys found other farmers willing to raise their heifers.

As the years passed, Jeff and Brenda’s son Adam decided to stay on the farm. A nearby farm became available and in 2003 the Raneys purchased this farm. It had a house and heifer facilities. Adam and his new bride, Michele, moved onto that farm and the Raney heifers had a home.

Over the years the herd grew and transitioned into an all-registered herd. They now have 60 cows and 60 heifers.

The whole family enjoys showing. For many years Jeff was chairman of the dairy committee for the Crawford County Fair. He had Adam help him out with the show that often attracted 600 entries. Now Adam is the chairman of that committee and has recently gone on the fair board.

“I am the youngest one on the board,” Adam said with a smile.

The family works together to keep the farm looking good and performing well.

“We have always tried to have the farm look nice,” Brenda said. “We had made some improvements over the last couple of years, so decided that maybe this was the time to apply (for Dairy of Distinction).”

“We are producing food for people,” Jeff said. “We want them to believe that the food from here is good.”

Everyone participates in the farm.

Brenda does the accounting and record keeping as well as the landscape work. She has been a nurse at the local hospital for 38 years.

Jeff and Adam manage the herd and crops.

Daughter Erin, a math teacher, and her husband, Tom, live nearby.

The family is involved in dairy and community organizations. Dairy promoting is very important to them.

Jeff chairs the Pennsylvania Dairy Promotion Program Board and is vice chair of the American Dairy Association North East. He serves on the board of directors of Dairy Farmers of America and the National Milk Producers Federation.

What does the term “Big Dairy” mean to you?