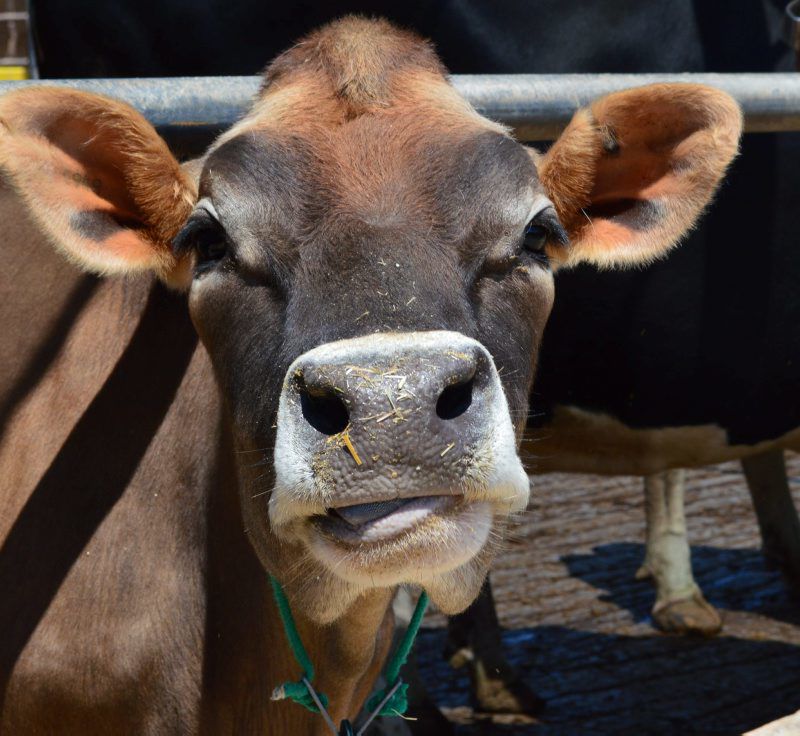 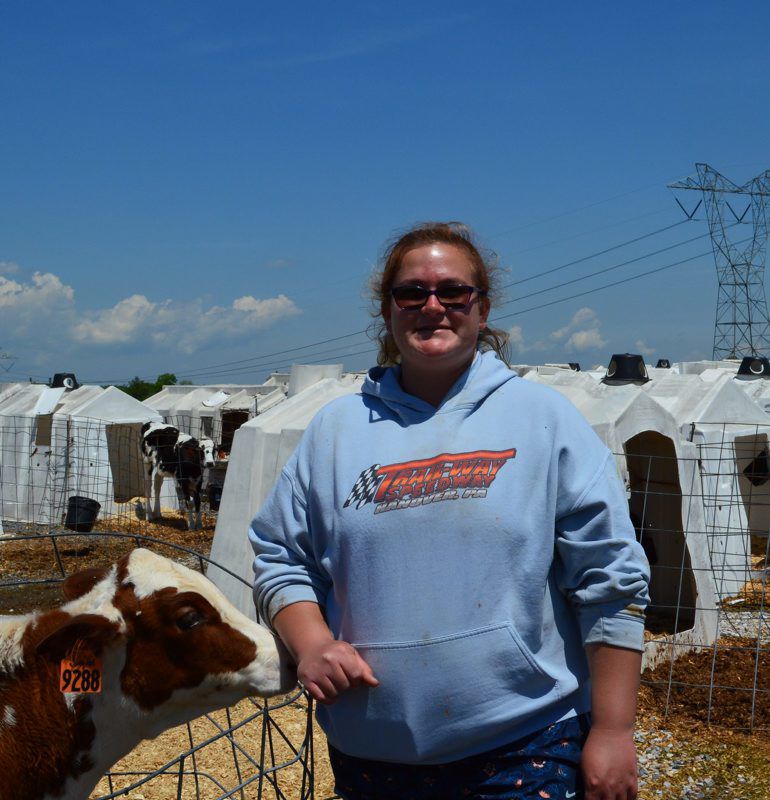 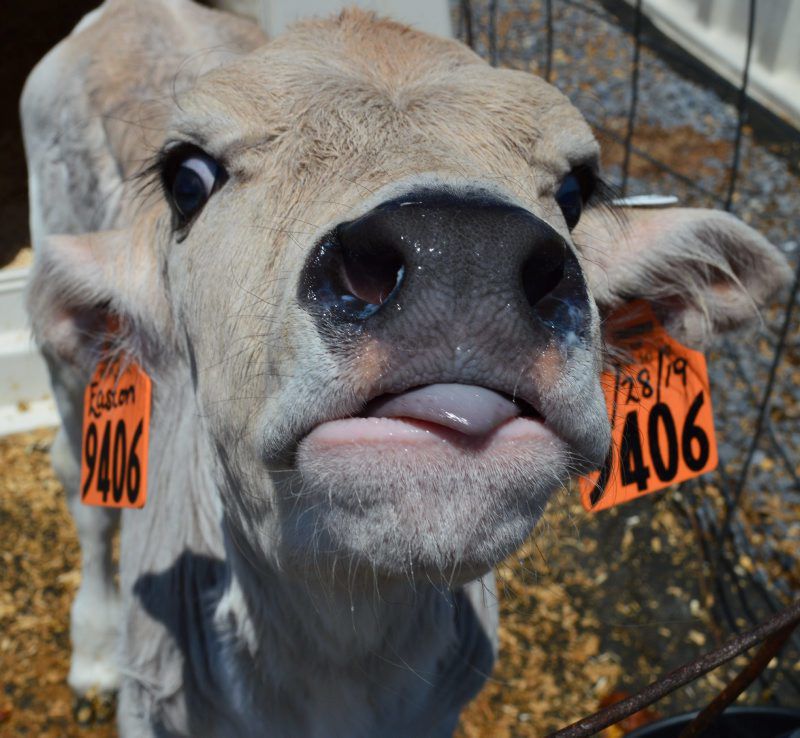 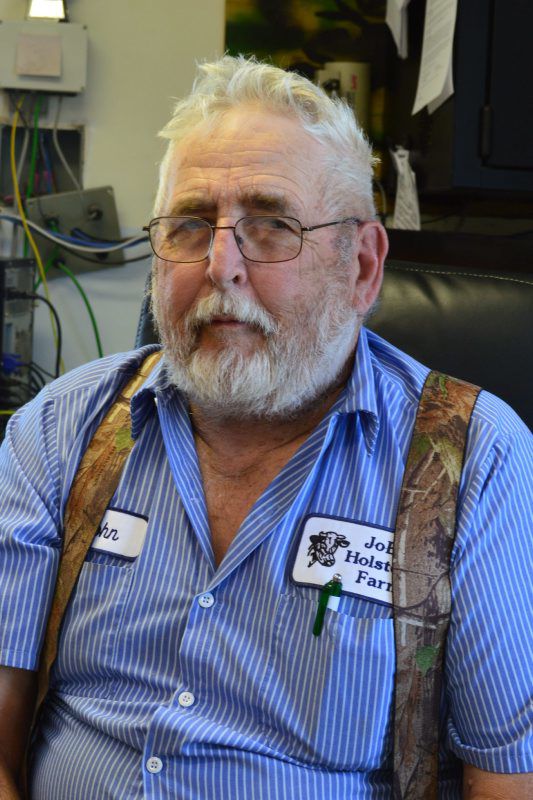 GETTYSBURG, Pa. — Sitting in an office above the double 18 milking parlor, lined with computers and decorated with fair banners along with a 2017 Pennsylvania dairy industry distinguished dairy producer award, is the Hess family’s patriarch, John Hess.

Hess and four of five children make up the partnership of JoBo Holsteins and half the workforce of the 1,000-acre Adams County dairy farm.

John Hess and his wife, Bonnie, purchased the ground in 1971. He is a first-generation farmer who started out dairying with loans that helped set up his herd and equipment fleet, Hess said. Farming in Adams County requires a mastering of timing when working with the shale-based soil. The soil drainage is poor, and the shallow top soil layer makes the soil too wet in the morning and too dry after lunch.

“It’s what I like to call lunchtime soil,” Hess said, chuckling.

Over the years, Hess, 77, has seen many changes within the industry and on his farm. Nineteen years ago, he and four children formed the JoBo Holsteins limited liability company. The farm has had three expansions over the years, Hess said. They implanted the practice of no-tilling and double cropping their corn and ryegrass. The family likes to focus on the Holsteins for their high production abilities. The color breeds foundation on the farm is from the children’s 4-H products but the Brown Swiss are a personal favorite of the family’s John Hess.

As far as improvements and changes, JoBo has joined the Facebook community. Joy Widerman, one of Hess’ daughters, and also a partner in the farm, serves as the herdsman of the 1,000 milking cows and 975 young stock. She also is responsible for the farm’s Facebook page. The page boasts over 2,000 followers, and regularly features “cow selfies,” giving the family one way they can educate the public and show who they really are. Widerman prefers posting photos of the cows because each one demonstrates a cow’s personality. In October she received over 90 “likes” on a post that showed an employee fixing their barn’s flusher, which uses recycled water to clean the stalls three times a day. “It’s giving the real-life picture of everyday life of a farm,” said Wildman.

The Hess family also opens their farm up for tours by local school districts during the months of April and May. The family also hosts the local FFA chapter for visits. They give the students a tour and have them make a heavy, whipped butter cream. The elementary school students, who were visiting from a local school were eager to go on a hay wagon ride. The farm receives an average of 1,200 student visitors every spring, said Josie Riser, another one of Hess’ daughters and office manager.

Currently, the farm has six Hess family members and 10 to 12 part-time workers who are a mix of hired high school students and Hess’ grandchildren. JoBo also employs Hispanic workers, although it’s been harder to find more of them, Hess said. He worries that if the dairy industry loses them as a prime workforce, dairy will take a deeper nose dive.

The PC dart software on a computer in the office tracks each cow’s RFID number, which is located on their left ear. The system reports the weight of milk each cow has produced. The herd is divided into eight groups of cows to get milked, and two smaller fresh cow groups come in after for milking, Josie Riser said.

She used to milk with her daughters on her back. “There’s not many professions where your kids can grow up with you,” Riser said.

Jocelyn, 24, and one of Riser’s daughters manages the heifers and calves on the farm. She is grateful to have had the opportunity to grow up on her grandparents’ farm. One of the most enjoyable moments is seeing the lifecycle of individual cows, when the heifers’ calves go on to be producing cows as well as seeing their personalities mature, she said. Jocelyn hopes to continue the tradition in the future by including generations.

For the future of dairy, Hess hopes that Eastern dairies can still compete with the Western dairies. While Eastern has the population advantage, the Western dairies have a closer distance to the feed and export industry. Hess thinks that farmers will also need to learn more about cost control.

“I don’t know what the future is, but it’s going to be different,” he said.

What does the term “Big Dairy” mean to you?