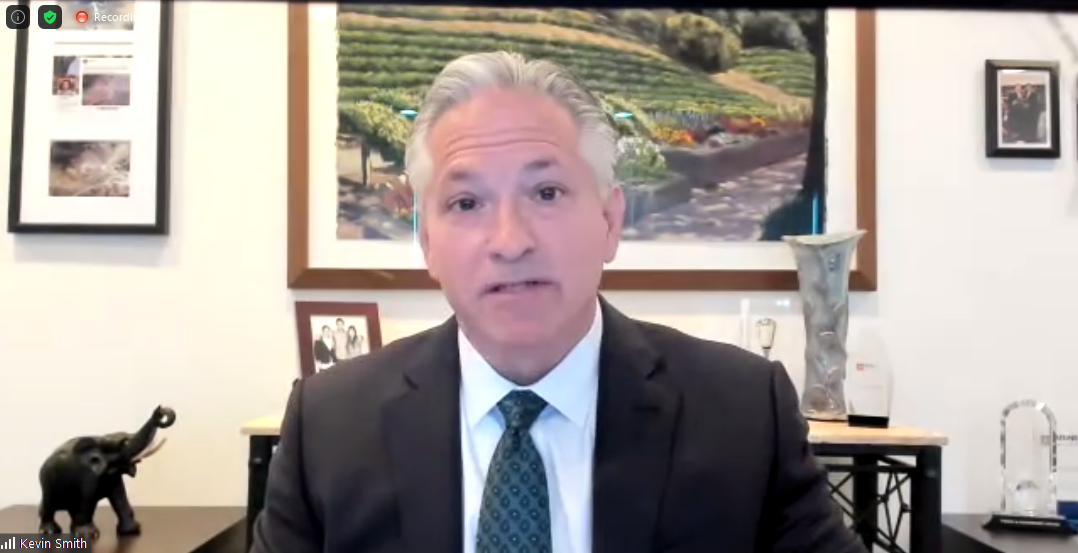 Kevin Smith, CEO for the Americas of Lightsource bp, speaks about a project the company is developing, largely on farmland, to supply electricity to Pennsylvania's state government. 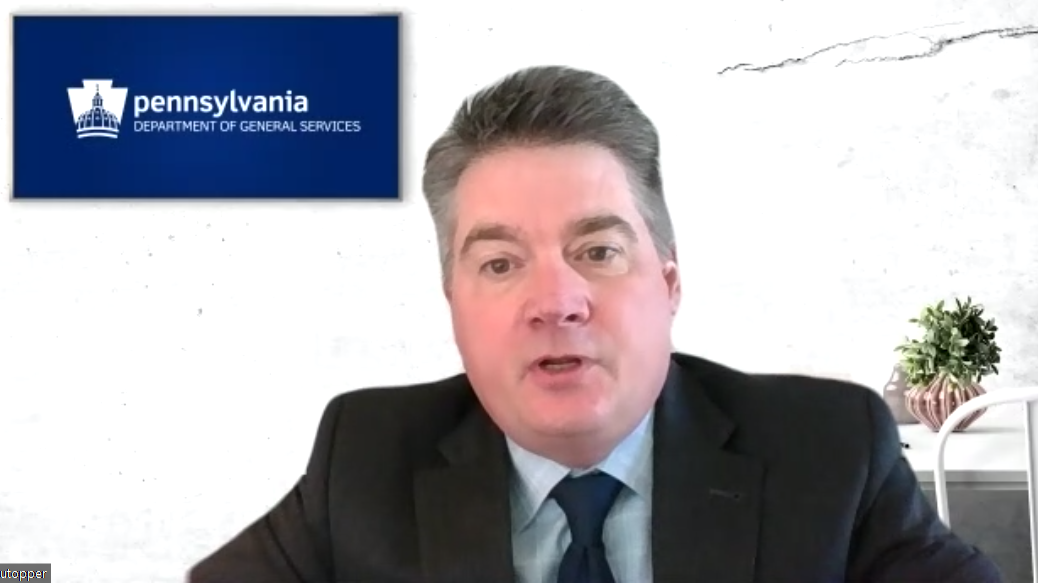 Kevin Smith, CEO for the Americas of Lightsource bp, speaks about a project the company is developing, largely on farmland, to supply electricity to Pennsylvania's state government.

A massive solar project being launched on central Pennsylvania farmland will meet nearly half of the state government’s electricity needs.

The 191-megawatt project, announced March 22 and due to be fully operational by January 2023, will advance Gov. Tom Wolf’s goal to shift the state toward renewable energy.

Seven solar installations will be spread across Columbia, Juniata, Montour, Northumberland, Snyder and York counties. Nearly all of the 1,800 to 2,000 acres will be on agricultural land.

“We had access to a substantial amount of farmland due to the demand of farmers to help supplement their income,” said Kevin Smith, CEO for the Americas at Lightsource bp.

The company will build, own and operate the installations, and provide all of the investment for construction.

The electricity company Constellation will then supply the power to the state using a 15-year fixed-price agreement developed with help from Penn State.

The Wolf administration is touting the project as the largest solar commitment by any U.S. government to date. Curt Topper, the state general services secretary, said the largest existing state government-related solar projects he’s aware of are 30 to 50 megawatts — much smaller than the one planned for Pennsylvania.

Smith argued the solar project will be beneficial for farmers.

Sun May Be Shining on Solar Energy, According to Experts

The leases are long term, 30 years or so, and quarterly lease payments will begin when construction starts. Landowners will typically earn more from a solar lease than they would from farming the land, he said.

If the landowner does not extend the agreement at the end of the lease, Lightsource is contractually obligated to remove all of its equipment. Little site remediation will be needed once the hardware is removed, Smith said.

The solar project is expected create more than 400 jobs. Most of those jobs will be in construction, but some will be for continuing site maintenance. About 80% of the labor will be local, underpinned by commitments in Lightsource’s contracts, Smith said.

Pennsylvania is a storied producer of coal, oil and natural gas, but to combat climate change, the governor wants to shift the state’s energy portfolio toward renewable energy, and reduce greenhouse gas emissions 26% between 2019 and 2025.

The state’s purchase plan will increase solar generation in Pennsylvania by about a quarter, according to Patrick McDonnell, the state environment secretary.

Smith declined to give the price the state is paying for the electricity but said it is “very competitive.”

In addition to using farmland, Lightsource develops solar arrays on brownfields, though those sites come with some challenges farm fields do not have, Smith said.

Solar arrays can offer farmers new opportunities to graze sheep and make pollinator plantings, but critics say the projects are eyesores that restrict agricultural uses of the land.

As Delaware aims to obtain 40% of its energy from renewable sources by 2025, farmers are weighing in on how solar panels have benefited their farms.

As a property owner in the small farming community of Lurgan Township, Doug Ketner admits that he has a lot to gain by leasing land to a proposed solar farm. But he just can’t overlook what could be lost.