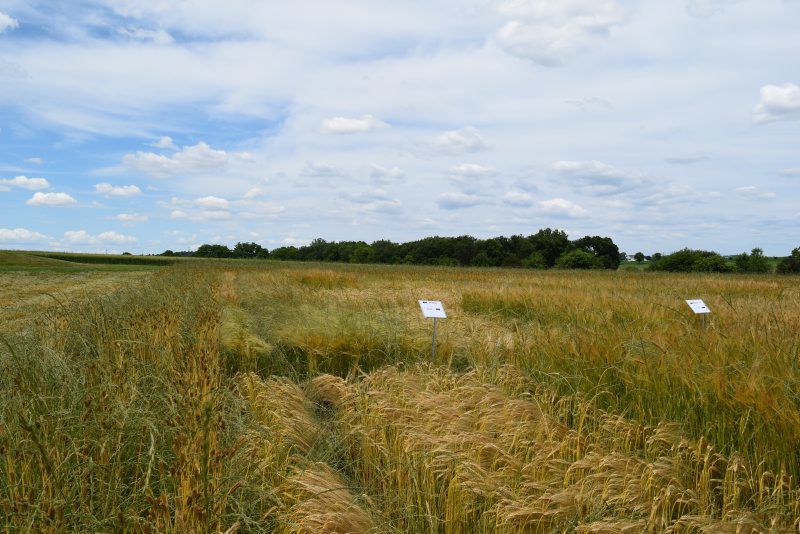 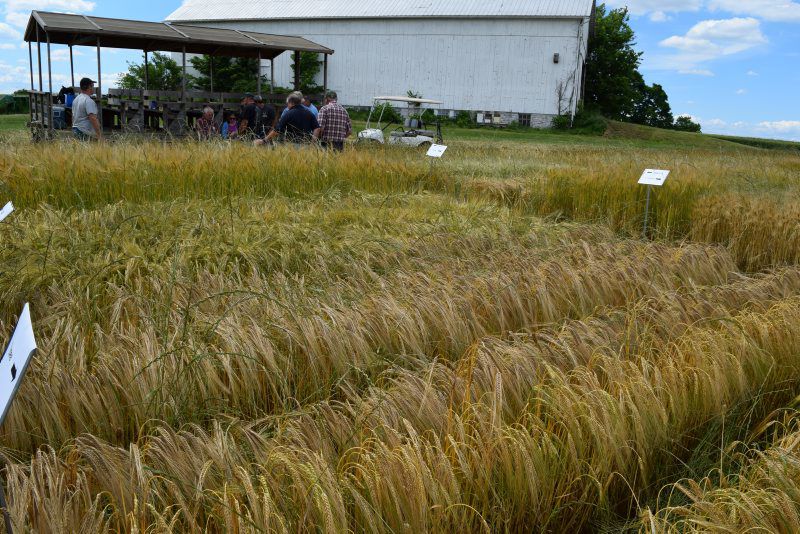 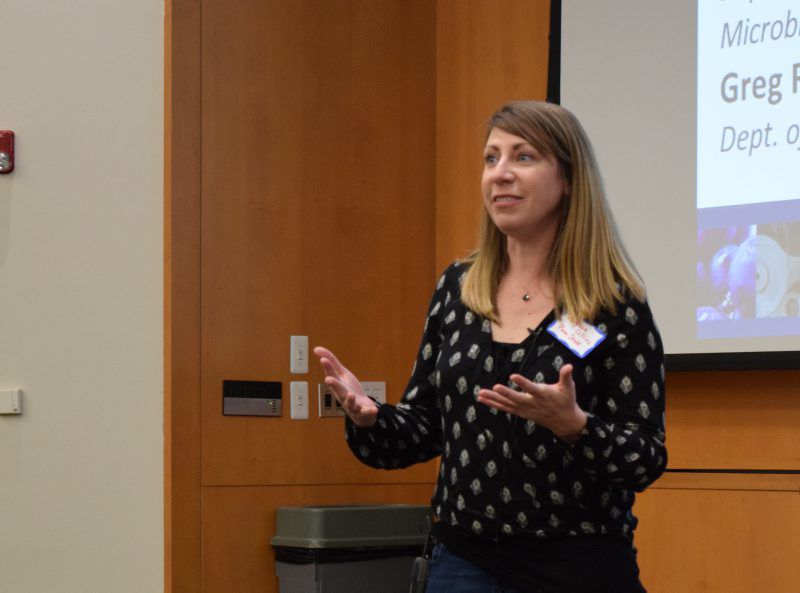 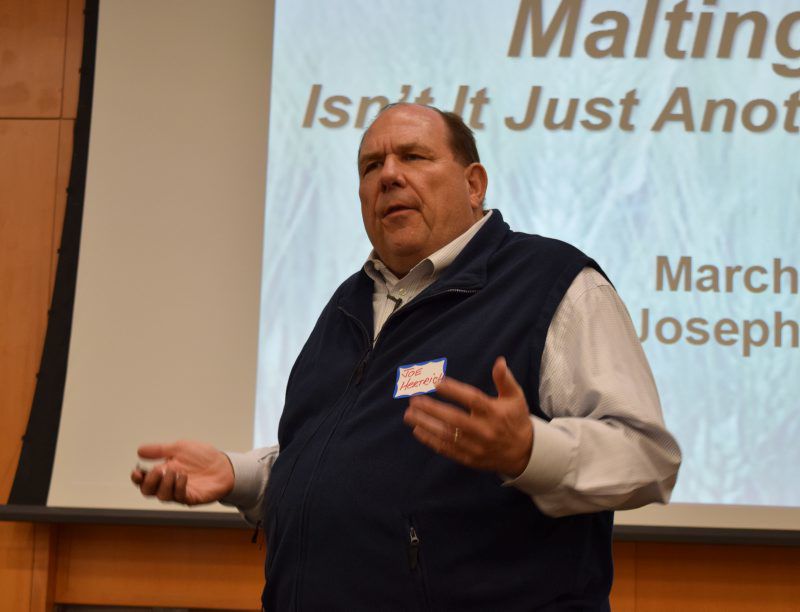 PHILADELPHIA — It’s easy to see barley as a crop in retreat.

Brewers, too, have cut their barley consumption over the past 30 years as light beer, which uses a reduced amount of the malted grain, has taken over the market.

Craft beer has slowed the decline in barley demand, and brewing remains the one industry that can’t do without this humble grain.

Hertrich spoke at the Philadelphia Grain and Malt Symposium on March 3 at the University of the Sciences.

About three-quarters of U.S. barley is malted, or sprouted, to change the grain’s chemical composition and make it suitable for beer making.

In Pennsylvania and the global market, most barley becomes livestock feed, with a smaller portion going to malt.

Only a small percentage of world barley production goes into human foods like soup and breakfast cereal, Hertrich said.

Barley is the 11th largest crop in the world. It falls between tomatoes and watermelons, which both have a much higher dollar value than the grain.

That’s a surprisingly low status for one of the first cereals humans ever cultivated, a crop that has been grown pretty much anywhere people live.

Barley was a staple food for Europeans of all classes until late medieval times, when wheat became the grain of the wealthy.

Barley was relegated to poor people and livestock.

By the time colonists introduced barley to North America, it was well-established in its role as a beer ingredient and livestock feed.

The Erie Canal made upstate New York an early barley hub, but over time production migrated westward to the central Midwest and then to the Red River Valley.

But what’s good for the crop is a logistical dilemma for brewers.

Because freight is a major cost, malt is best made near the Western barley farms, but beer is best brewed in the East where demand is strongest.

Obviously it wasn’t convenience to markets that pushed barley into a remote corner of the country.

Rather, it was improvements in corn and soybeans that made those crops more attractive to farmers farther east.

“As soon as there are any other feeds available, barley is not grown,” Hertrich said.

Ethanol use in gasoline dealt barley a double whammy by ramping up corn demand while producing plentiful distillers grains, now a popular cattle feed, as a byproduct.

Then there’s fusarium, a fungus that thrives in heat and humidity.

The disease creates vomitoxin, which can cause gushing — a voluminous foaming that leaves a drinker covered in half his beer.

The dry West provides poor conditions for the disease, but it’s a serious challenge for barley growers in Pennsylvania and regions where the grain was once prominent.

No barley variety is completely resistant to fusarium, and there’s no way to get complete fungicide coverage because the plants don’t all head at once.

But growers can control the disease by using a somewhat resistant variety and spraying a fungicide when half the heads have emerged, said Alyssa Collins, director of Penn State’s Landisville research farm.

Rain increases the risk of fusarium and can cause the grain to sprout while it’s still on the plant, so malting barley should be harvested as early as possible, even if it’s at 20 percent moisture.

The grain should then be dried down to 13.5 percent moisture to halt the fungus’ growth, Collins said.

The combine should be operated at relatively gentle settings to avoid damaging the grain.

Unlike feed barley, malting barley needs to be treated like a seed crop.

“We have to keep that precious baby seed alive so it can go on to another life,” Collins said.

They are differentiated by the number of columns of fertile grain spikelets on the head.

Thoroughbred, Scala, Typee, WintMalt and Violetta have been among the best varieties in Penn State’s malting barley trials, Collins said.

“Malting barley might not thrive here, but it’ll survive here,” Hertrich said. “Barley is the most adapted crop in the world.”

Because quality is so important for malting barley, barley growers should buy their seed and not use homegrown stuff, Collins said.

Winter barley can use 20 to 40 pounds of nitrogen in the fall, but growers should be careful how much they apply.

Nitrogen uptake affects the crop’s protein content, which for malting needs to fall between 9.5 and 12.5 percent.

Malting barley is grown under contract, so the malthouse may have additional specifications. If the crop doesn’t meet those standards, it might end up as livestock feed, Collins said.

Barley remains easy for big brewers to get, but Hertrich predicts market forces and disease will eventually cause large-scale production to move again, largely out of the U.S. and into western Canada, where a lot of barley is already grown.

Such a shift shouldn’t affect Mid-Atlantic malting barley growers too much.

Despite being the largest barley producer in the Northeast, Pennsylvania doesn’t grow enough of the grain to supply an industrial-scale malt plant, where one batch of malt contains several railcars of grain.

Big beer companies can compete with craft brewers on many fronts, but they “cannot create the imagery of small, artisan, handmade, raging against the machine,” Hertrich said.

Barley is still used mainly as a livestock feed in Pennsylvania, but over time malting could, reflecting national trends, claim an increasing share of the state’s crop.