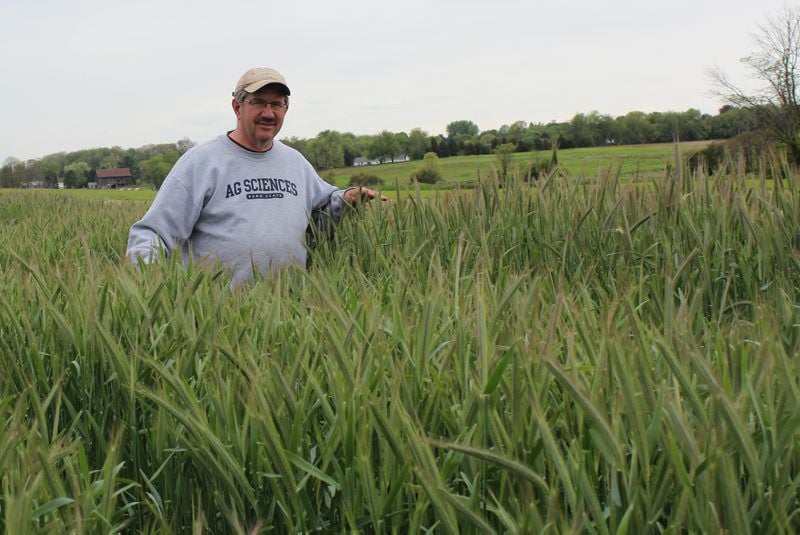 Greg Roth, a Penn State agronomist, stands in a rye field trial in Rock Springs, Pa. On the left is Brasetto, a hybrid rye. On the right is Danko, a high-yielding traditional variety. 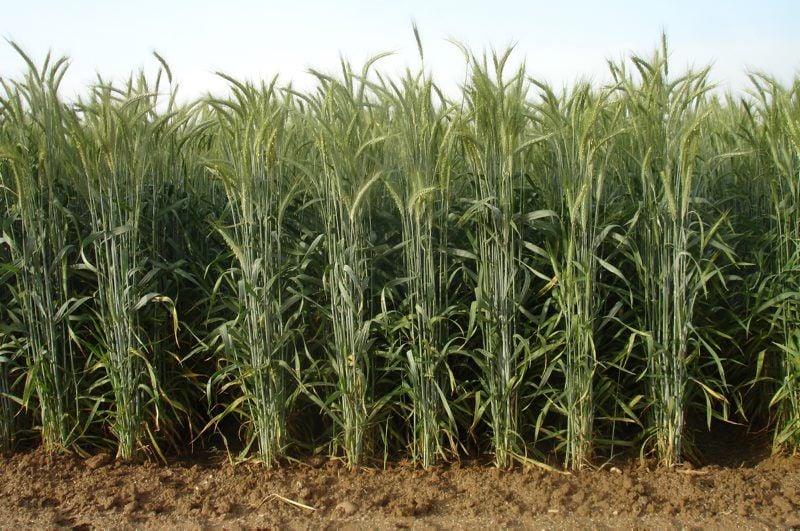 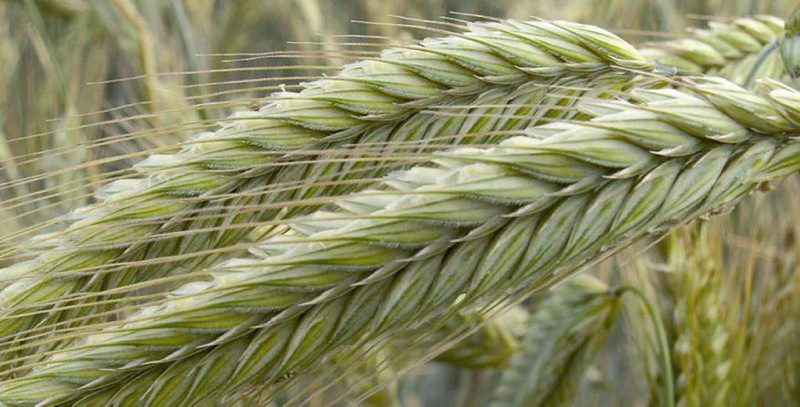 Greg Roth, a Penn State agronomist, stands in a rye field trial in Rock Springs, Pa. On the left is Brasetto, a hybrid rye. On the right is Danko, a high-yielding traditional variety.

Rye is a familiar cover crop in Pennsylvania, but a new variety could make rye attractive as a grain crop too.

A few growers in the state are trying their first crop of Brasetto, a hybrid developed by German breeder KWS, this season.

Until now, U.S. farmers have relied on low-yielding open-pollinated varieties, but the hybrid can achieve yields on a par with wheat, said Jerry Davis, director of agronomic seed production at Seedway. The company is Brasetto’s exclusive U.S. distributor.

“I’m looking for it to do a little better than our wheat,” said John Halabura, who has 100 acres of Brasetto growing at the Orwigsburg farm he runs with his brother and their sons.

“I’m always looking for another option,” said Bob Kroboth, a farmer from Nazareth.

Both farmers said they have grown frustrated with wheat, which can too easily be wrecked by rain and vomitoxin-producing fungi.

Kroboth said he likes to put corn on his better ground and a cereal — rye, in this case — on his high and shaley fields.

In the winter, some crops have frozen out on those thin soils, but that didn’t happen with the rye, Kroboth said.

Like other ryes, the hybrids are winter hardy, Roth said.

Now, long heads have formed on the plants, and it looks like a lot of kernels could form. “It’s good-looking stuff,” Kroboth said.

The seed was not the cheapest, but the seeding rate was not as high as for other cereals either, Kroboth said.

Halabura planted at the beginning of October and is aiming for a July harvest.

Distillers and brewers use rye in products like whiskey and beer, and bakers can use it as flour or for bread.

It’s not a huge market, but it’s real, Davis said.

Currently, Pennsylvania companies have to import rye from Oklahoma, where U.S. rye production is concentrated, or Europe or Canada.

The freight cost for local rye would be much smaller than for imported rye, so Northeastern farmers may get a price premium, Davis said.

Seedway is working to develop collection points where growers can market their rye. That will simplify growers’ search for a market, Davis said.

Kroboth said hybrid rye’s price advantage — he’s heard it could beat both wheat and conventional rye — is one thing that got him interested in Brasetto.

Hybrid rye has a lot of room to grow.

Hybrid rye has been grown in Europe for a decade or so, and Seedway has more recently started to introduce it into the U.S.

The company has about a dozen growers stretching from New York to Kentucky this year and is planning to expand over time, Davis said.

The rye is not Halabura’s first adventure into alternative crops.

A five-year run with canola proved disappointing, but a nursery business that was added to the family grain farm has proved more successful, he said.

The hybrid rye looks good right now, but there’s still two months before the grain is in the bin. “Till you harvest it you don’t know what you have,” Halabura said.

Falling number is an indication of how much preharvest sprouting has occurred. Higher falling numbers are preferred in the flour market, Roth said.

Like Halabura’s wheat, Penn State’s hybrid rye trials had some low falling numbers last year, probably because of the rains in June and July, Roth said.

Hybrid rye has some traits to recommend it.

“It seems to have less problems with vomitoxin than wheat,” though Penn State is still studying that, Roth said.

Rye has problems with ergot, a black fungus that grows on the head, but Brasetto seems to have above-average resistance, Roth said.

Kroboth said he is using the same fungicide program on the rye as he used to prevent head scab in wheat.

Hybrid rye is taller than wheat but shorter than traditional rye, Davis said.

“It is a couple weeks later than our cover crop rye,” Roth said.

Because Brasetto is a hybrid, farmers should not save seed. “It’s going to be a real ragged mess” with lower yields and uneven stands, Davis said.

As an alternative to a hybrid, some farmers are trying Danko, a relatively high-yielding traditional rye variety, Roth said.

Kroboth is cautiously optimistic about Brasetto. He is anxious to see how this year’s rye yields and what the mill thinks of it.

The driver of a John Deere tractor who was traveling along Route 322 in Clay Township Friday morning was sent to the hospital for multiple injuries after a sedan struck him on the road, according to police and emergency officials.  Read more