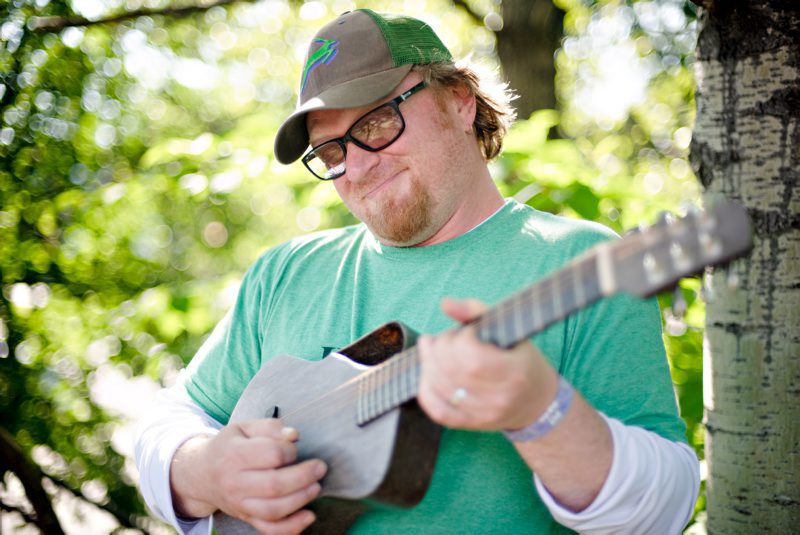 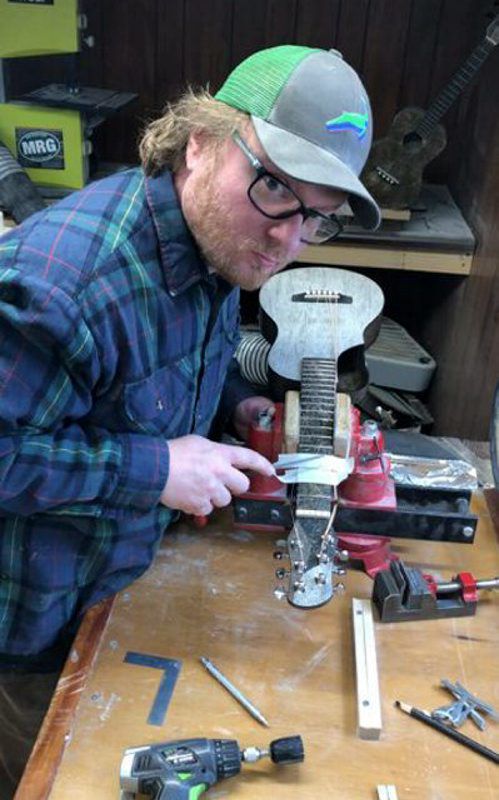 Hemp has a wide variety of uses including paper, fiber, feed and more. One use that might not immediately come to mind is using hemp to make musical instruments.

That’s exactly what Jay Burstein is using hemp for. Burstein is the owner of BugOut Guitars in Randolph, Vermont.

“I’m not a farmer or really all that plugged into the hemp revolution other than obviously using its fibers,” Burstein said.

His musical journey actually started with percussion instruments, but he also learned guitar, and even took one with him on a backpacking trip through South America. He began learning how to repair guitars due to his instrument struggling to withstand the changing climates.

After his trip, Burstein worked in a guitar shop in Santa Fe, New Mexico, where he further developed his guitar repair skills.

Once he moved back East, he began working at a startup that was making carbon fiber guitars.

“We were at that carbon fiber company using flax as a filler and the flax is a strong fiber &tstr; a nice, natural plant,” Burstein said. “And about that same time, hemp was becoming a legal crop here in Vermont, and I said ‘if you can use flax you can use hemp.’”

Burstein took notice to how toxic carbon fiber is, and once the company he was working for closed, he started experimenting with using hemp.

He uses hemp stalks that come to him with different levels of processing.

“Some of it will come in dirty clumps, and then others would be really fine hairs that would be ready to be woven into some sort of material,” Burstein said. “I use a combination of all those to get what I need.”

Most of the hemp stalks he buys come from Colorado. Vermont has many hemp growers, and Burstein knows a lot of them, but they’re growing the plants for CBD, not fiber, so he can’t buy local hemp yet.

“These guys have the stalks at the end of their harvest which is where I get the fiber from,” Burstein explained, “and they just sort of have a bonfire with it or they bury it and compost it.

“What they’re growing here is really top shelf, you know, the best of the best hemp, at least for the flower and the CBD. I would imagine that the stalks are quality as well. But there’s not a market for that here just yet.”

Burstein said the local farmers would give him the stalks, but he would then have to go through the tedious process of peeling the outside of the stalk off to get to the needed fibers.

Once the hemp fibers are formed into a guitar, the instrument has some unique qualities to it that aren’t offered in typical wooden guitars.

By using hemp, which is a composite, the guitar is much more durable and can withstand being used outside without worry of it breaking down.

“One thing that’s unique about the hemp guitars compared to wood guitars (and) compared to a carbon fiber guitar is it’s sort of a happy medium between the two in the sense that my guitars have fibers and cells in common with wood, but also the durability of a carbon fiber,” Burstein explained.

“There is a movement within the guitar community to use alternative forms of building instruments,” Burstein said. “This one’s mine.”

Burstein’s guitars are made to order and he can be contacted at bugoutguitars.com.

This article is based on an interview from the Lancaster Farming Podcast. To listen to the interview in its entirety, go to http://bit.ly/LFpodcast21