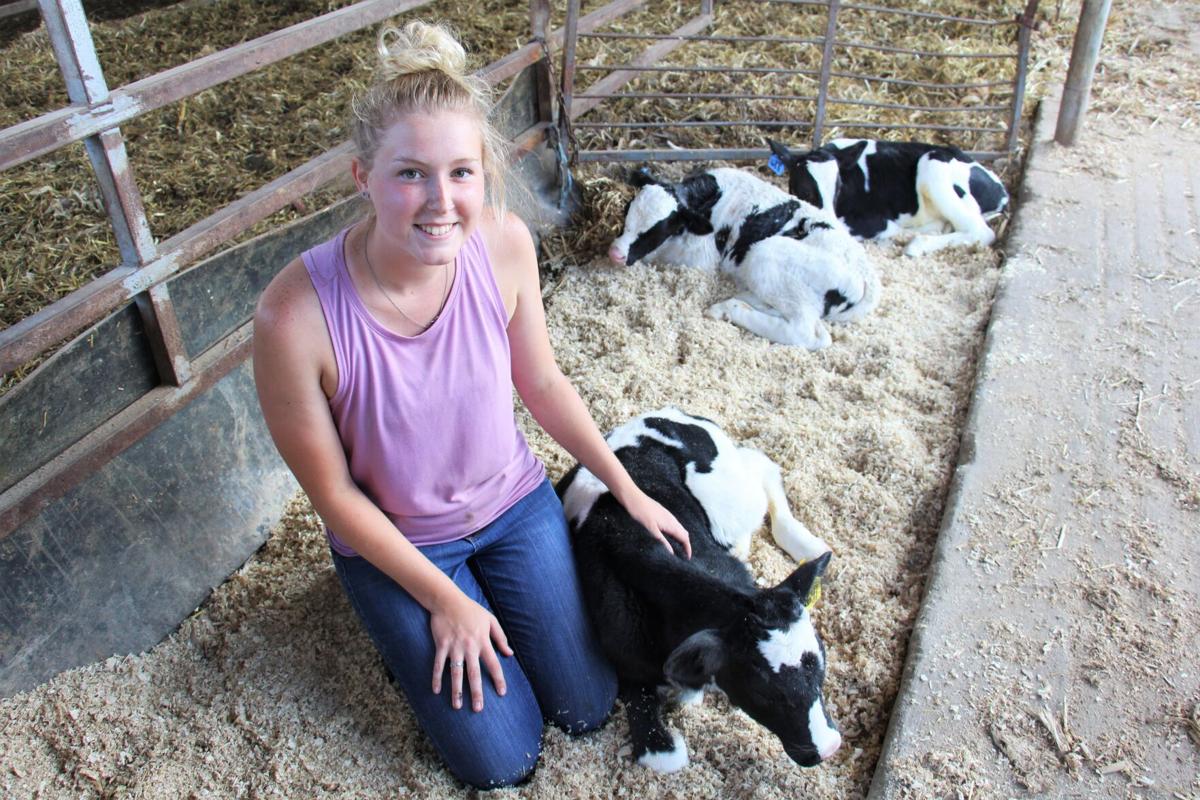 Marie Bryant was a summer intern at Hetrickdale Farm in Bernville, Pa. 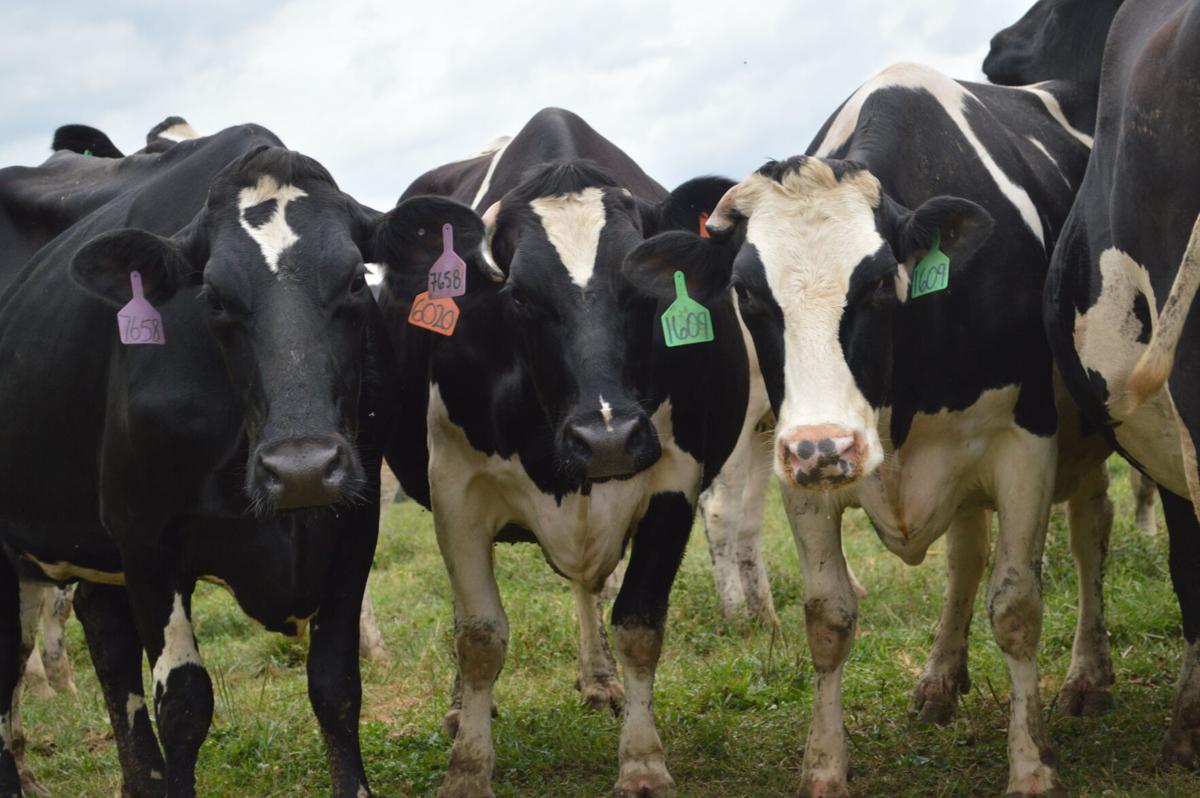 In this Aug. 31 photo shows some of the cows at Hetrickdale Farm in Bernville, Pa.

Marie Bryant interned on a Pennsylvania dairy farm this summer. She made a measurable difference in the farm’s management, but she also prepared herself for a career in the dairy industry.

“I think I learned something new within the first three hours of every day,” said Bryant, a senior animal science major at Penn State.

Bryant was one of seven college students who participated in this summer’s on-farm internship program supported by the Center for Dairy Excellence Foundation of Pennsylvania, the Professional Dairy Managers of Pennsylvania, and the Pennsylvania Dairymen’s Association.

The interns picked up skills in many facets of dairy management and completed a research project to improve the farm’s efficiency.

The 2020 interns spoke about their experiences in an Aug. 17 online meeting.

Bryant, who interned at Hetrickdale Farm in Bernville, Pennsylvania, undertook a research project to track and prevent cow deaths.

The farm’s herd management software was not set up to easily compile statistics on specific reasons for cow deaths. It’s hard to take corrective action when all you know is how many cows died of “disease.”

So Bryant designed her own protocol for tracking major health problems that could lead to an animal’s culling or death.

She recorded health events and deaths over three weeks, then made changes to herd management and kept records for three more weeks to see if her adjustments made a difference.

In her first tracking period, pneumonia was the biggest killer, causing one-third of cow deaths. Six of the 10 cows with pneumonia died despite getting treated.

With help from Lindsay Hetrick, a veterinarian and member of the family that owns the farm, Bryant determined that sick cows needed to be identified earlier in their illness.

“They were coming in fairly far gone, so it was harder to turn them back around,” Bryant said.

Bryant began walking the pens two to three times per week, looking for pneumonia symptoms such as sunken eyes and poor body condition.

Heavy breathing is an important sign of pneumonia, but it can also indicate that the cows are simply overheated.

Picking out the pneumonia cows took some practice, but Bryant reduced her uncertainty by walking the pens in the morning, before the hottest part of the day.

“By the end of the summer, I was confident in the ones I was sending,” she said.

Bryant’s close attention paid off. Over the three weeks of that protocol, eight cows survived pneumonia and only two died of it.

In her research project, Paige Miller followed a similar method of observing the status quo and then implementing a change.

By adopting hutch cleaning, dry bedding and sanitation powder, Miller cut the scours rate among the calves at Kurtland Farms in Elverson.

More important, she managed not to have any calf deaths all summer.

“I think that was due to being able to keep a close eye on the calves and check on them often throughout the day,” Miller said.

With her college classes online this fall, Miller is staying with the farm for a few months past her summer internship.

At Hameau Farm, a small grazing dairy in Belleville, Stephanie Clouser found some indications that genetics affect a cow’s response to heat stress.

Using the temperature-humidity index, an established tool in heat stress studies, Clouser measured the effects of summer weather on three sets of related cows, mainly dam and daughter groups. She found some correlation in heat tolerance within the family groups.

Clouser learned that high-production cows are affected the most by heat stress and that cool weather at night can mitigate the effects of daytime heat.

Clouser encountered one odd challenge along the way. One of the cows in her research project didn’t like her.

“I had to milk her regardless of whether she would let me milk her or not,” Clouser said.

The on-farm internship can be particularly valuable for students who like agriculture but have limited on-farm experience.

Rebecca Burns was one of those students, and she got more than a taste of the work that goes into dairy farming.

Burns climbed a 90-foot silo and learned to drive a skid loader. In her second week on the job, she had to climb into the bulk tank to scrape off the solids that had built up on the agitators.

“The milk tester promised me a gallon of ice cream, but he never followed through with that, so I might have to talk to him,” Burns said.

Lily Fries, a sophomore at SUNY Cobleskill, learned a lot about treating down cows. At first, she selected and implemented the treatment with help from the host farmer, but by the end of the summer she was treating cows by herself.

Drew Walton already had farm experience. His family runs a 1,000-cow dairy in Cochranville, where he interned after his original host farm fell through.

Lancaster Farming previously featured the program’s seventh intern, Dominic Mattilio, who worked on a dairy in Minnesota. Read his story at bit.ly/interndominic