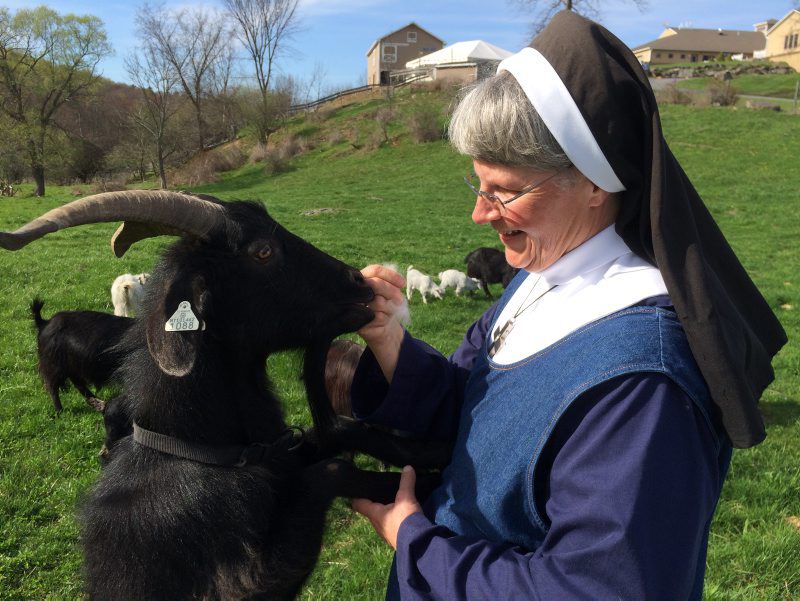 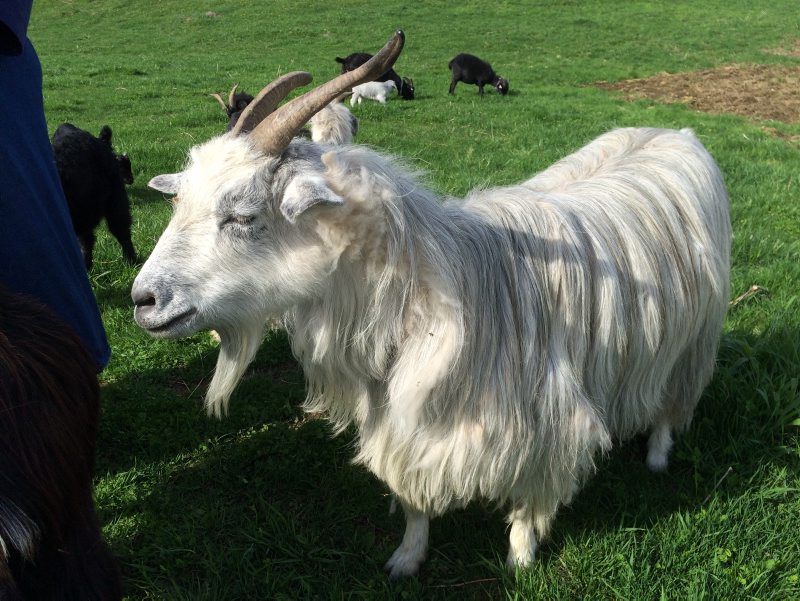 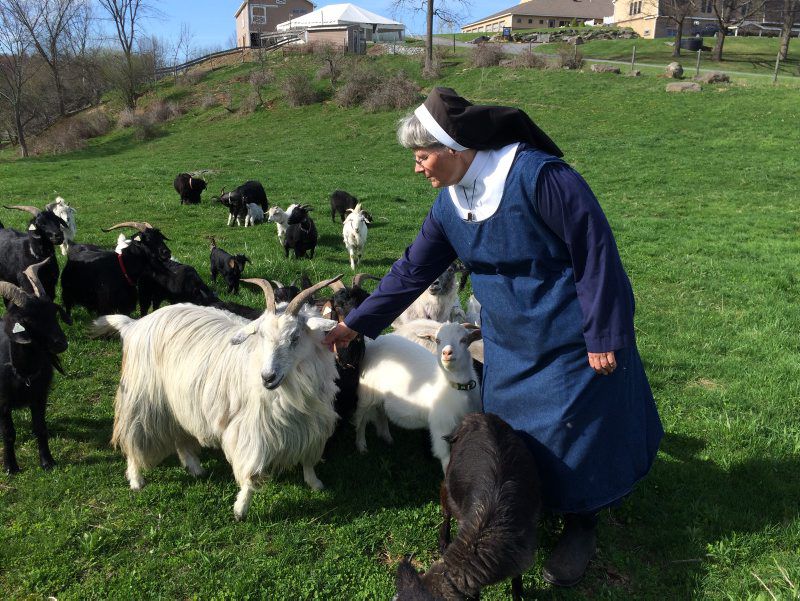 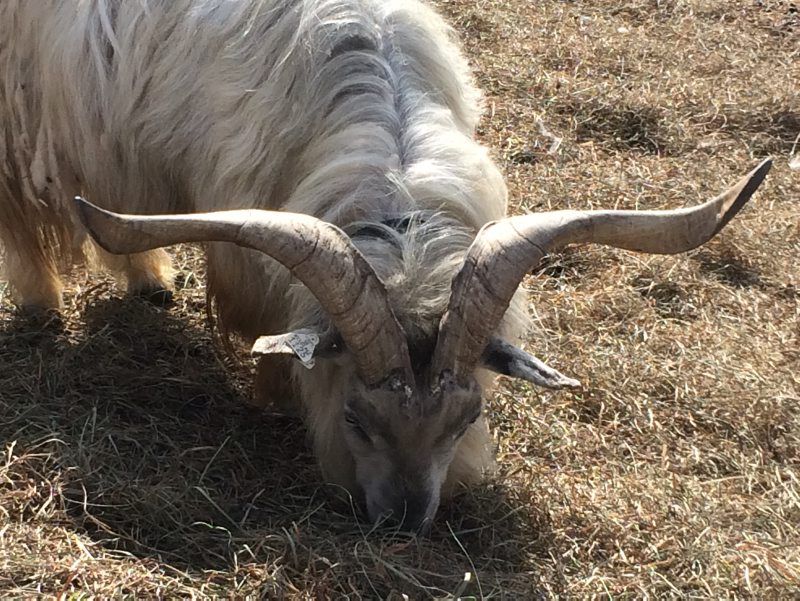 GREENWICH, N.Y. — An Anglican and Episcopalian convent’s picturesque rural landscape is just like heaven for the cashmere goats that live there.

Christ the King Spiritual Life Center, home to Sisters of St. Mary, is one of 11 sites hundreds of people visited during the 25th annual Washington County Fiber Tour on April 29-30.

Many different types of livestock were featured including sheep, alpacas and Angora rabbits, but this was the only place with cashmere goats, which the sisters have raised since 2004, a year after moving to their idyllic 622-acre property.

“It fits in with our ethos, ‘ora et labora’ (pray and work),” said Sister Mary Elizabeth Garrett, who manages the herd. “Others spin and knit. It just happens that the hand work I do is raising animals.”

The site’s current owner, the Episcopal Diocese of Albany, is nothing like the notorious former owner Robert Steele, who was sentenced to federal prison for his role in a plot to return Ferdinand Marcos to power in the Philippines in the early 1990s. Steele drew attention by riding around this small rural town in a black limousine.

Garrett said a series of gazebos built on hilltops were strategically located to give Steele’s bodyguards a good view of anyone trying to enter the property.

The goats, ranging in age from newborn to several years old, have quickly become a big hit with local young people. Members of Cashmere Kids 4-H Club lease and raise some of St. Mary’s goats each year as fun learning projects.

Garrett has taken animals to the annual Cashmere Goat Association Show, and the herd has produced five grand champion winners at the Vermont Sheep & Wool Festival in Tunbridge, Vermont.

Fifty percent of scoring is based on fiber quality with the other half determined by the animal’s physical characteristics, such as teeth and body weight.

The reputation of the Sisters of St. Mary’s herd is so highly regarded that outside owners bring their goats there to be bred.

At the request of a bishop in North Malawi, Africa, the sisters started a dairy goat project in at their former home in the lower Hudson Valley, in Peekskill. The goal was to have African girls come to America, learn subsistence farming, and return home to help their families lead healthier, more prosperous lives.

The program came to an end, but the sisters enjoyed goats so much that they wanted to continue raising them.

Another religious order just happened to learn of their interest and offered to give the sisters a small herd of cashmere goats, which now numbers around 50.

Finer, softer and more insulating than sheep’s wool, cashmere is primarily used for clothing such as sweaters.

To qualify as cashmere, fiber must meet three criteria: a certain curvature, length and diameter. It can’t be more than 19 microns in diameter and must be at least 1.5 inches long.

The are two main sources of cashmere goats: the Himalayas, or a crossbreed between Spanish meat goats and Australian cashmere goats, Garrett said.

Most farms on the tour offered workshops and demonstrations such as sheep shearing, sheepdog herding, felting, dyeing, spinning and finger puppets.

There was one new addition, Truthville Fiber Farm, which has been in operation for almost two years and raises Huacaya alpaca.

“We visited farms during the tour before, heard great things about it and thought this would be a wonderful next step toward getting involved,” owner James Joseph said.

People also visited Battenkill Fibers Carding and Spinning Mill to see the fascinating process and many steps involved with converting shorn fleeces into premium yarn for knitting or weaving. The mill and several farm-based retail shops offered items for sale.

Sisters of St. Mary’s offered a few things, too, such as hand-spun yarn, roving and stuffed toys, but its mission is much different.

“We see this as an opportunity to teach about the animals we love,” Garrett said.