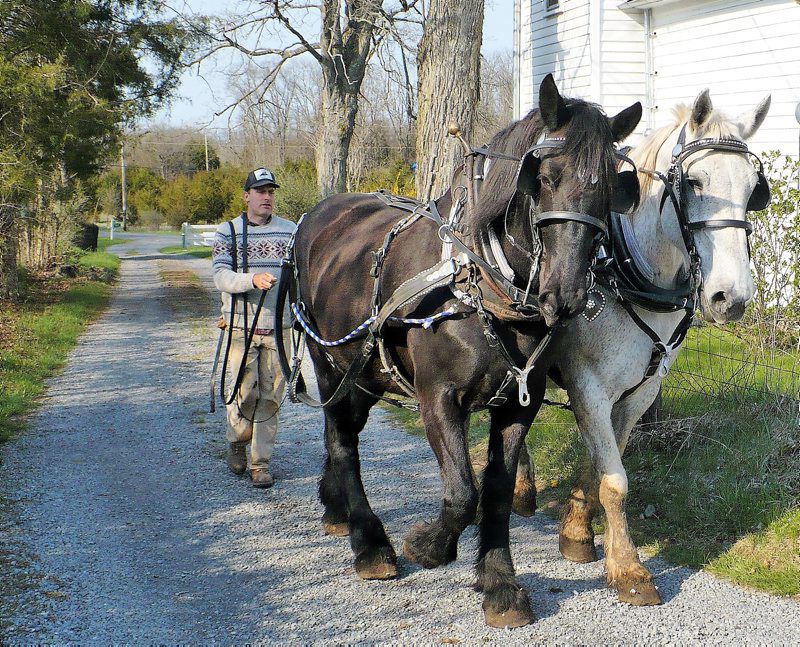 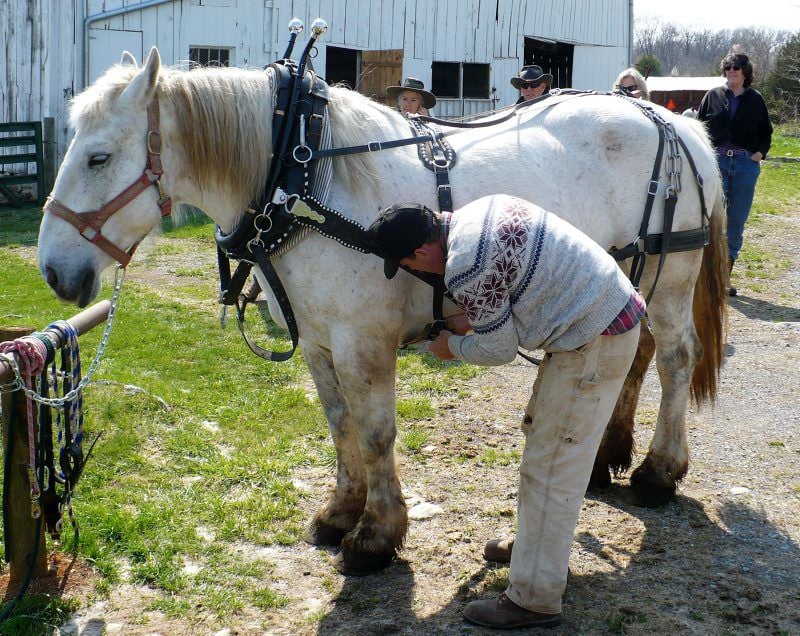 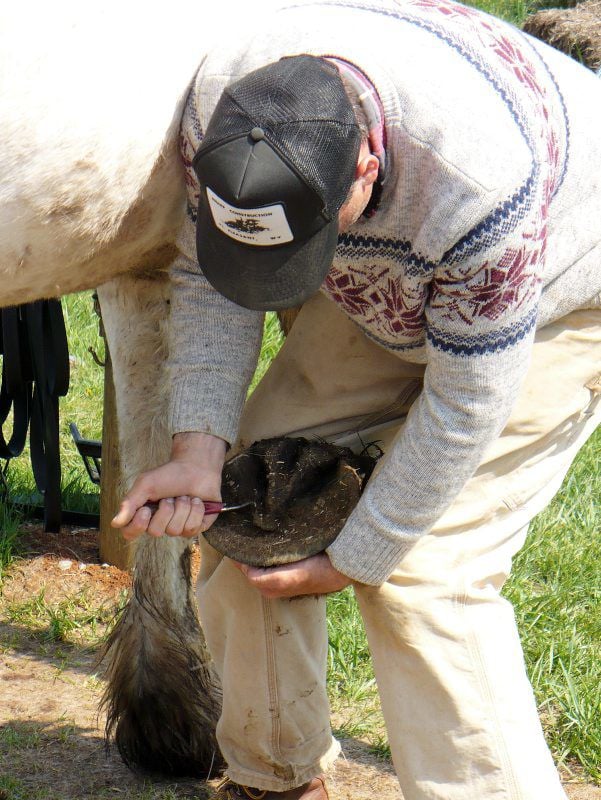 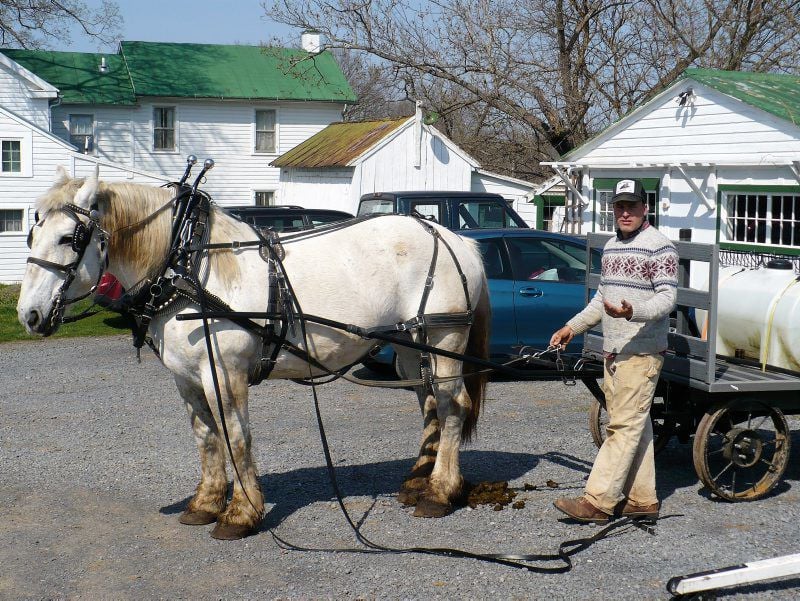 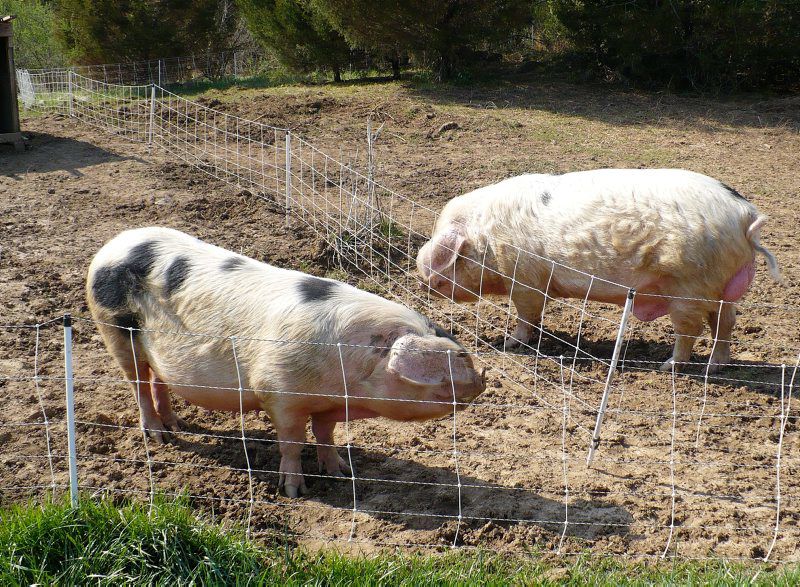 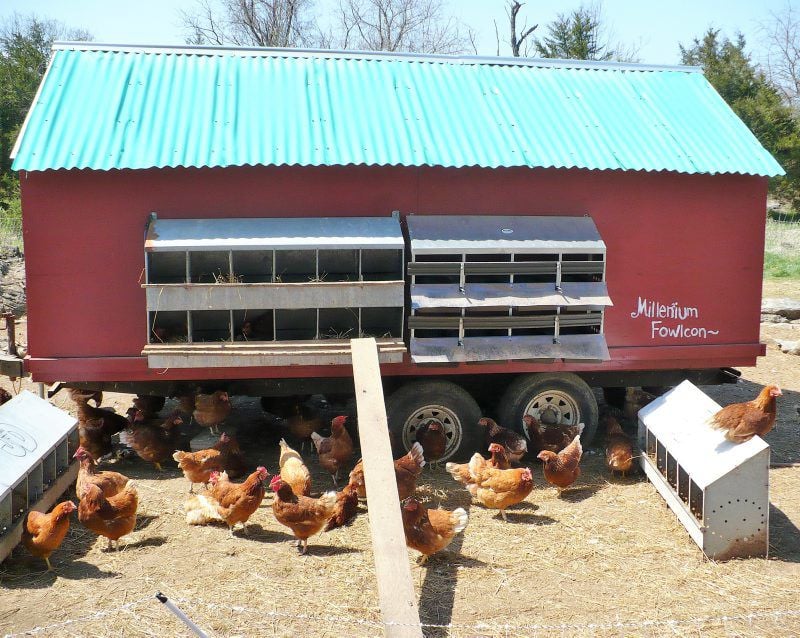 Prillaman held a workshop recently on how he grooms, hitches up and handles his team of draft horses that are crucial to his operation.

“The first Percheron draft horse I purchased was 14 years old. Her name is May. The second one’s name is Jenny that I purchased from an ad in the Lancaster Farming paper,” Prillaman said.

The trust and love shared between Prillaman and his Percherons was easy to see. Each command Prillaman yelled out was followed to the hilt by the horses.

He sometimes feels the horses are teaching him.

“Eighty percent of working draft horses in the United States are Percheron,” he said.

Prillaman showed how his animals are groomed, from brushing and cleaning each hoof, and how the harnesses and collars are put on their backs.

Showing different pieces of equipment, Prillaman explained that with one tongue two horses are hitched, one on each side. With two tongues, one horse is hitched between them.

He uses a White Horse plow on the farm. He said the first time plowing with the team wasn’t pretty as the plow went all over the place. But he got the job done, he said, and his recent furrows look much better.

So is it worth spending all the time to hitch up and plow with draft horses?

“It’s a learning process,” he said. “I think it’s worth it. I generally plow between two and three hours at a time. I’m doing this because I enjoy it.”

Prillaman and Randall have found inexpensive equipment in good shape and have mixed new with old.

He said anyone wanting to purchase a draft horse should make sure the horse is comfortable being brushed and that they are able to pick up their animal’s feet.

Prillaman and Randall practice rotational grazing on their farm in an effort to build soil health.

“Our livestock are on a loose rotation in an effort to help build soil health. Our main livestock are pigs and chickens, but the horses graze our pastures as well leaving manure that can help nourish the earth,” Prillaman said.

His 100 chickens follow the horses and scratch through the horse droppings, helping to spread it more evenly.

“The pigs don’t graze on our pastures as they root the soil too much and create hillocks and craters, but we do let them enjoy all of our tree breaks and woodlot areas full of shade and fallen walnuts and mulberries,” he said.

They raise 13 pigs on the farm.

“We generally send them to butcher when the weight reaches 280 pounds,” he said. Pork is sold to farmers markets and local grocery stores.

The demand for local pork is huge, he said, and he has trouble keeping up.

They also use cover crops as a way to better manage their soils.

“If we take care of the soil, the soil takes care of us,” Prillaman said. “Our practices are firmly rooted in our core values and while farming the way we do isn’t easy, we believe the results speak for themselves.”

The couple sells their produce at local farmers markets and through a seasonal community supported agriculture venture, or CSA.

“When joining the CSA you pay at the beginning of the season, which is 20 weeks. After paying up front you come to the farm and pick up vegetables, free of choice. Seven to 10 items of whatever you want,” Randall said.

“It’s a common way for produce farmers to get started. It provides capital for seeds and plants, and gives the farm a head start,” she said, adding that CSA members can pick their own cut flower bouquet from the garden, which includes everything from sunflowers to zinnias, cosmos to daisies.

This is the sixth year the couple have been farming.