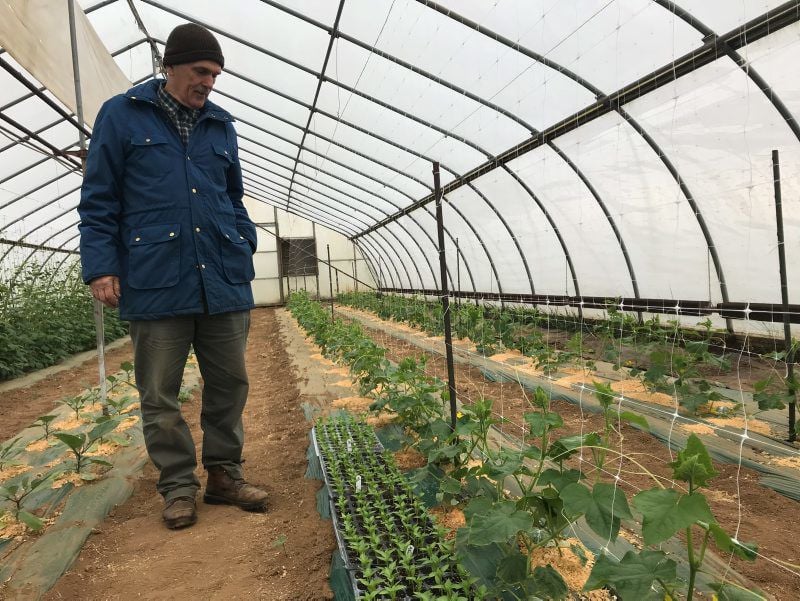 Organic farming may seem like a relatively new trend, but Chris Petersheim has been doing it in Paradise, Pennsylvania, since 1981. 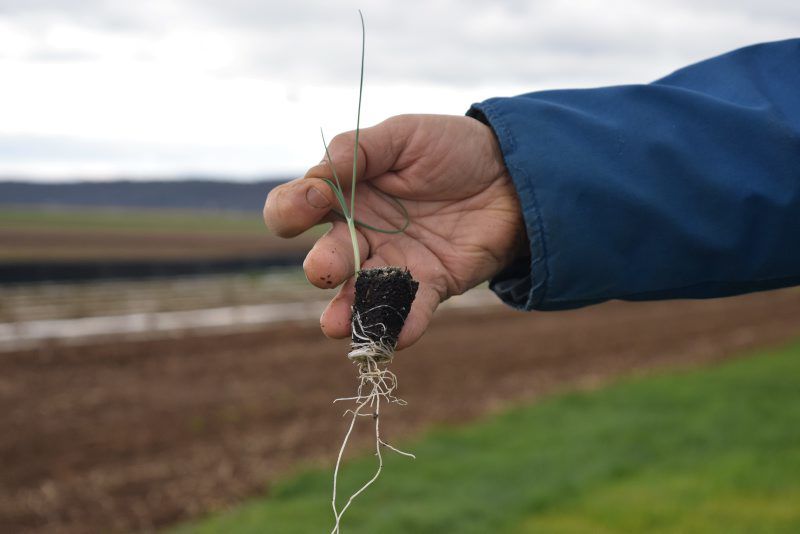 Leeks are among the many crops that grow at Paradise Organics. Chris Petersheim starts all the plants for his farm in Paradise as well as for Crawford Organics in East Earl Township. 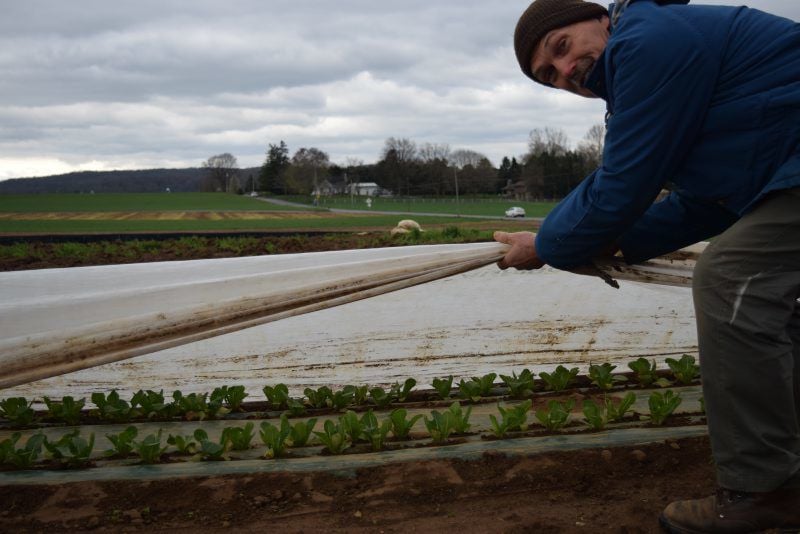 Lifting up the cover, Chris Petersheim offers a glimpse of the Romaine lettuce, which are planted close together and will be harvested as Romaine hearts.

Organic farming may seem like a relatively new trend, but Chris Petersheim has been doing it in Paradise, Pennsylvania, since 1981.

Leeks are among the many crops that grow at Paradise Organics. Chris Petersheim starts all the plants for his farm in Paradise as well as for Crawford Organics in East Earl Township.

Lifting up the cover, Chris Petersheim offers a glimpse of the Romaine lettuce, which are planted close together and will be harvested as Romaine hearts.

PARADISE, Pa. — For many folks, organic farming is a relatively new concept, a trendy way to sell expensive food to the people in cities and suburbs.

But that’s not the case for Chris Petersheim at Paradise Organics, where he’s been farming organically since 1981.

“We have been organic from the very beginning,” Petersheim said on a brisk April day in his small but functional office in the bottom of the barn at his 5-acre farm.

He was in his 20s in the early ’80s, and with the confidence of youth he knew his calling was to be an organic farmer, long before there was any such thing as Whole Foods or Certified Organic.

“In my youth I became aware that using all these chemicals was not the way God intended it to be and not the way that I wanted to farm,” he said.

He stumbled upon a digest-sized magazine published by the now-defunct Rodale Press, called Organic Gardening, where the main tenet was “healthy soil, healthy food, healthy people.”

“And so I subscribed to Organic Gardening and got a lot of information out of there, and started playing with organic growing and trying to do it the way it was intended to be, and I kinda grew from there,” Petersheim said.

What made him think he could maintain a viable business based on what was then a fringe concept?

“It was what I wanted to do and felt that I could do,” he said. “I was very interested in plants and growing and nature. I had knowledge of starting plants from working at a greenhouse and I thought ‘Well, let’s try organics. It should be as good or better.’”

He started on small scale, growing organic vegetables for his roadside stand. One of his neighbors, coincidentally, was also growing organically and was selling his produce to a co-op in Philadelphia. So Petersheim began to make connections, and his business grew.

By the mid-1980s, as organic farming was finding its legs as an industry, Paradise Organics became certified through OCIA, the Organic Crop Improvement Association, one of the very first organic certifying boards in the country.

By the 1990s, Paradise Organics grew to become not just a grower of organic produce, but also a distributor, thereby giving its customers more variety and selection throughout the year. Petersheim was bringing in and distributing produce from as far away as California, Florida and Mexico.

In 1997, Petersheim joined with a group of other local organic farmers to found PCO — Pennsylvania Certified Organic — a USDA-accredited agency.

According to Jim Crawford’s son Jonathon, “Chris was integral in helping us get started. He was over there every week kind of as a consultant. He started all the plants for us. We worked through a partnership, but Chris was the one with all the know-how.”

And now, some 15 years later and because of Petersheim’s willingness to share and teach, the two farms enjoy a symbiotic relationship.

Around Thanksgiving, the two farms work out who is going to grow what. And then Petersheim “starts all the plants, and we buy the plants from him, grow the product, and sell it back to him for the wholesale,” Crawford said.

“We grow everything from A to Z, between here and Crawford Organics in East Earl,” Petersheim said. “They do high tunnel, they have CSA. I guess anything in season we might have. And what’s not in season, we’ll buy in.”

The farm in Paradise is small compared to some of the surrounding farms, but size isn’t really an issue. It’s how you use the land you have, and how healthy your soil is.

“We try to work on soil building and balancing so that we don’t have the pressure” from pests and disease, Petersheim said. “So we start with that and then we have some natural remedies that we can use. We have very few crop failures here or disease problems.”

He has found that a simple mesh netting over the freshly planted rows of leafy greens will keep flea beetles and cabbage loopers at bay.

To keep organic material in his soil, he uses a mix of oats and rye to overwinter as a cover crop and plows them under in the spring, usually getting into the fields by mid-March. This year, he was a little behind because of the late snow.

Petersheim’s reason for being an organic farmer is simple: “I desire to grow food that is healthy and that will give health to the body and also be sustainable. We have a lot of labor input but not a lot of other input.”

His commitment to “healthy soils, healthy food, healthy people” continues to pay off. Business has been trending upward for quite a while. He doesn’t advertise and he’s not really looking for new customers. He just focuses on treating his existing customers well and growing the best produce he can. He sells to natural food stores, restaurants and co-ops from Philadelphia to Lancaster and Reading.

As for the future, he doesn’t have any plans to grow his operation.

“I’m getting up there and I’m not looking to expand that much I guess,” he said. “My son is interested in farming, so we’ll let that to the next generation.”

While Petersheim has had no formal training in organic agriculture, he has a lifetime of organic growing experience that he is willing to share, just like he did with Jim Crawford nearly 20 years ago.

“I’m always open to sharing and teaching and training,” he said. “I’ve had some apprentices here in the past, though not in recent years. But I would be willing to teach or share what we do here with anyone that’s interested in growing. I am very open to that.”

Watch a video of Petersheim demonstrating a vacuum seeder and explaining his unique method for planting onions.