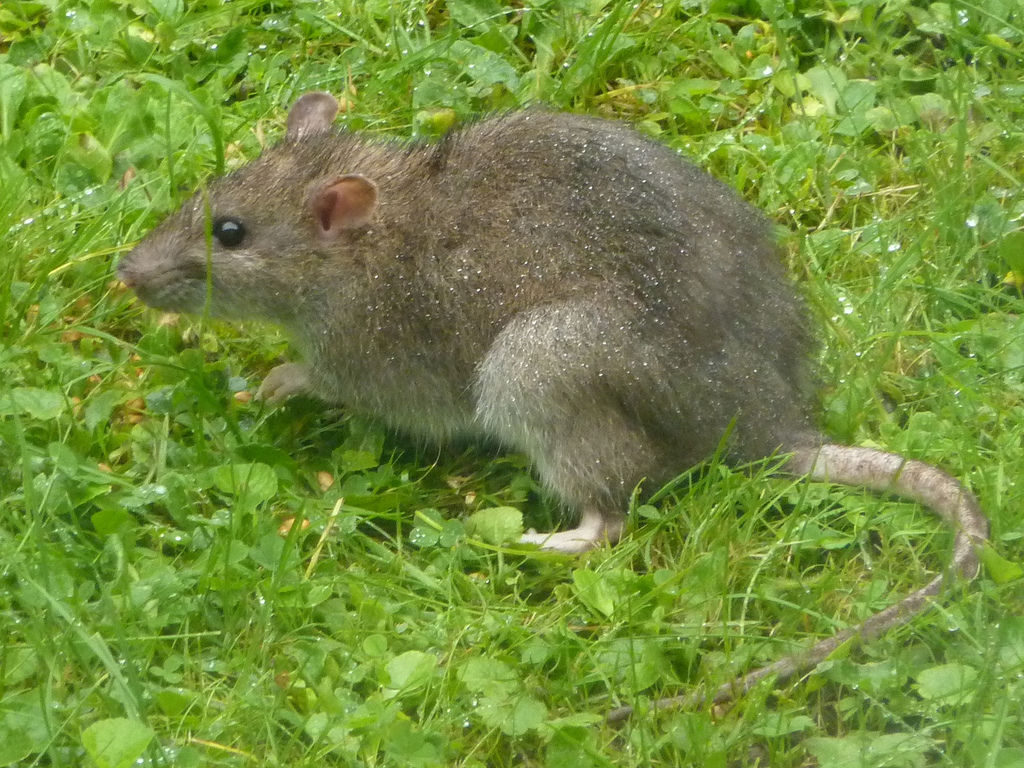 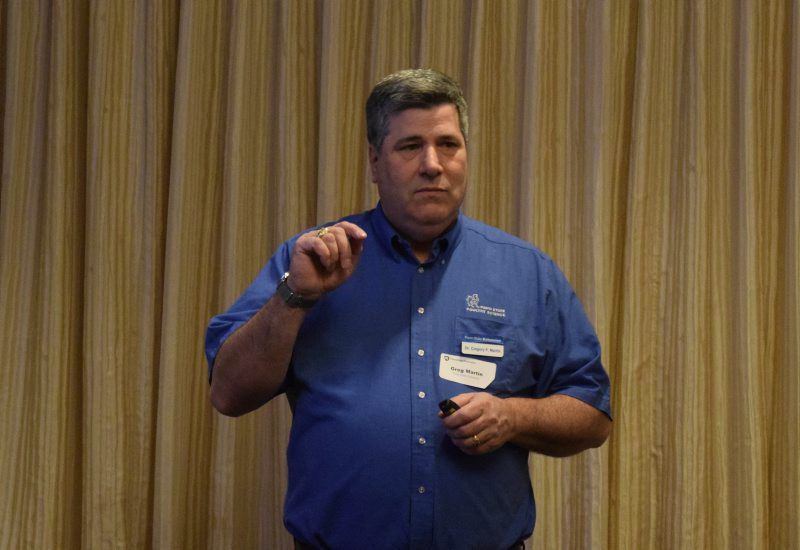 LANCASTER, Pa. — Mice and rats are unwelcome but intractable pests on farms.

These disease-spreading, feed-contaminating rodents appear mostly at night, wiggling through crevices and leaving behind telltale scat for frustrated farmers.

“It’s pretty ingenious what people come up with to control these animals,” said Gregory Martin, a Penn State Extension educator.

Martin spoke at the Professional Pest Managers School on Monday at the Eden Resort.

The easiest way to ease rodent problems is to pick up after yourself. Mice thrive in untidy storage areas.

Leaving spilled feed on the ground is like leaving kibbles for wild dogs. “This is not acceptable for a lot of reasons,” Martin said.

Salmonella is chief among them. If the feed is spoiled, the mouse will feel sick and want to warm up inside the poultry house. It will find its next meal in the chicken feed and defecate in the bin.

The chickens will indiscriminately eat the infected mouse rice along with the feed, potentially spreading the disease to consumers, Martin said.

Excessive vegetation should be kept away from houses.

Tall plants keep mice, rats and voles from being seen by predators. Burrowing groundhogs can undermine foundations and cause them to crack, Martin said.

A bed of sharp, crushed stones an inch or longer is a formidable barrier around a house.

All outdoor bait stations should be locked to prevent children from accessing the poison, which is brightly colored and could look like candy, Martin said.

Rats like to pack extra food in their cheeks, so locked, pinned bait stations also ensure that more bait will be available for the next critter.

Mice in particular can fit through tiny openings to get into a building. “If you can see light, flies and mice can see a way into your location,” Martin said.

Small holes, which may be indicated by wear points or grease marks, should be plugged by alternating steel wool and expansion foam. Mice will chew through the foam but not through steel wool, he said.

Little-used doors can be sealed to keep pests out, but make sure to put a sign on the outside of the door. People have ripped off sealed doors that they thought were just stuck, he said.

Mice tend to be smaller and more delicate than rats, with tails almost as long as their bodies. “Rats are always cruisers. They are the pit bulls of the rodent family,” Martin said.

A mouse will range only about 10 to 15 feet along a wall looking for harborage. “It doesn’t feel good being out in the middle of the dance floor,” he said.

A rat, meanwhile, will go just about anywhere.

Mice eat many times a day. Rats are larger, so they eat more, but they generally only eat twice a day.

Because mice have a small range, more bait stations must be set out for them — one roughly every 10 feet.

One chicken farmer had such problems with mice that he laid 360 traps in his house, one every six feet. The mice were numerous enough that he could hear them at night, so “he had to take control,” Martin said.

Rodents like to hug the walls, so bait stations should be flush with walls too. Mice are unlikely to make a detour to go through a trap.

There are plenty of types of traps that can be used for killing or monitoring rodents.

Martin does not wash traps. Mice seem to like places that have mouse urine.

All rodenticides should be stored in their original containers in a locked area. Numbering the buckets consecutively helps track use and makes it easier to give directions to people who do not speak English well, Martin said.

He is trying to get manufacturers to use different colored buckets for their various products to reduce the potential for confusion.

Pest control professionals will want to only use products that they bring with them. Some farms have strychnine, a highly toxic nerve agent, still sitting around, Martin said.

As in any pest management program, product rotation is a necessity to prevent resistance.

Single-feed baits, which kill with one dose, are preferred to multiple-feed baits. Those require several meals to get a toxic dose and carry a greater risk of resistance developing.

Glue boards are not the most effective trap — “I’ve seen a lot of bald mice in my time,” Martin said — but they are an option for food-grade areas where poisons can’t be used.

Old-fashioned snap traps still do the job, especially on organic farms where control options are limited. Farmers should feel free to devise specialized traps for their situation.

One person in Florida fitted a trap for sewer rats into a toilet, a response to an unpleasant encounter between a rat and a person using the porcelain, Martin said.

Farmers should also respect natural predators. Though farmers don’t always like bald eagles and red-tailed hawks, these birds scarf down a lot of rodents, he said.

Even if fighting rodents is figuratively a gloves-off, hand-to-hand battle, “never touch a mouse with your bare hands,” Martin said. They can carry mites, toxoplasmosis and other diseases.

Who has inspired you during the coronavirus crisis?