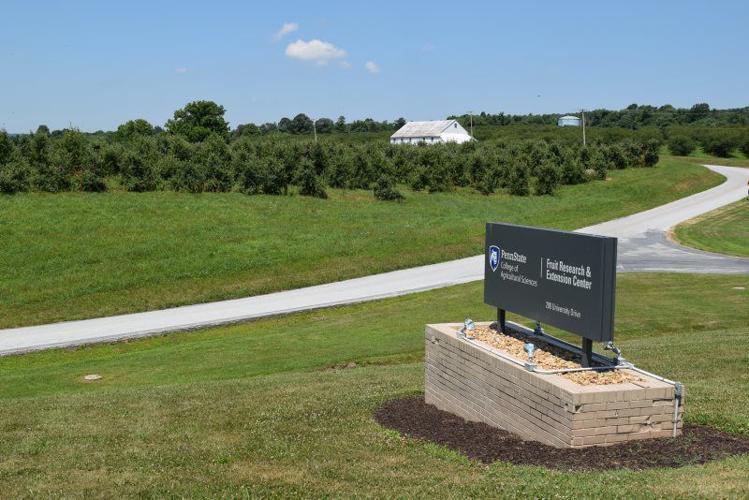 Over the past century, Penn State's Fruit Research and Extension Center has grown has from a few rooms in an Arendtsville hotel to include the Biglerville research station. 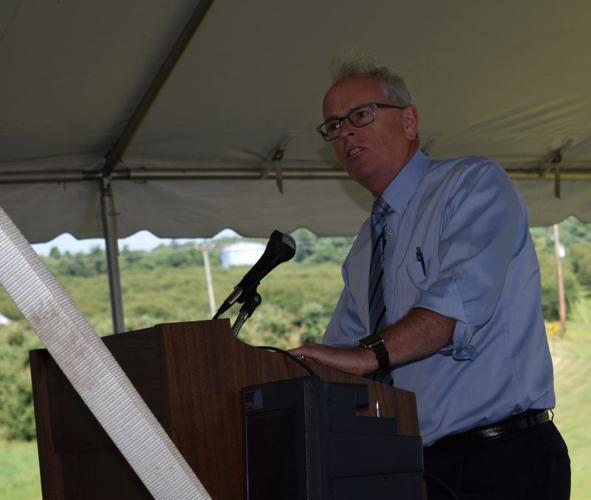 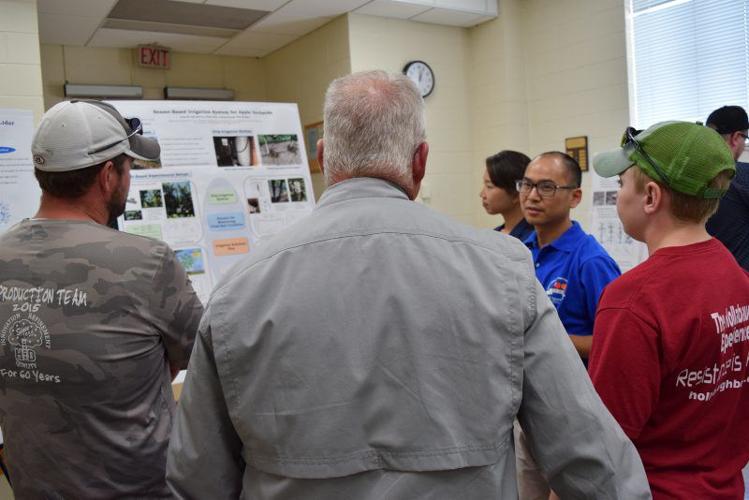 Penn State ag engineering researcher Long He, in blue, speaks with growers about his work at the Fruit Research and Extension Center.

Over the past century, Penn State's Fruit Research and Extension Center has grown has from a few rooms in an Arendtsville hotel to include the Biglerville research station.

Penn State ag engineering researcher Long He, in blue, speaks with growers about his work at the Fruit Research and Extension Center.

BIGLERVILLE, Pa. — Over the past century, Pennsylvania fruit growers have faced diseases that killed trees, insects that ruined fruit, shortages of farm labor and changes in growing methods.

At times these problems have threatened to derail the industry’s future.

But through it all, Penn State’s Fruit Research and Extension Center has been there to help.

FREC, as the center is known, is the oldest of Penn State’s four current research farms outside University Park.

It predates by decades the grape research center in North East and the agronomy-focused outposts in Rock Springs and Landisville, according to Penn State records.

The fruit research center was founded in 1918, a turbulent year that saw the end of World War I and the start of history’s deadliest outbreak of influenza.

“No question about it, those were trying times,” Jones said.

That was no less true for Pennsylvania fruit growers.

But during that period, the insect San Jose scale destroyed many of these home orchards, paving the way for larger commercial production to develop in Adams County, according to the state Agricultural History Project.

With Cooperative Extension in its infancy, Penn State opened the research center to help fruit growers meet the challenges of scale and other insects and diseases.

The program began humbly, with two researchers — an entomologist and a plant pathologist — working out of rooms at the Arendtsville Hotel.

A few years later, the university moved the laboratory to an old schoolhouse.

The lab was shut down during the Great Depression, but growers quickly convinced Penn State to reopen it.

The research center still maintains a presence in Arendtsville, but much of the work now happens at the center’s Biglerville location, which was purchased in 1955.

The most recent addition is the graduate student housing that opened in 2016 thanks to a donation from the State Horticultural Association of Pennsylvania.

The building replaced a set of rough-hewn trailers where the tacky decor and the varmints living underneath the structures became the stuff of research center legend.

The Horticultural Association has funded research at the farm for years, averaging $200,000 annually for the past few, said Chris Baugher, the association’s president.

The Maryland State Horticultural Society has also contributed funding to the center.

Over the years, the research center has played an important role in tackling the state’s most serious fruit production challenges.

In the 1960s, stem pitting threatened to ruin Baugher’s father’s nursery business and wreak havoc across the Mid-Atlantic.

“Stem pitting still exists, but we now have the knowledge necessary to control it,” Baugher said.

As early as the 1940s, researchers were experimenting with parasites to control the oriental fruit moth.

Fostering pests’ natural enemies is an important part of today’s control strategies, and is a key alternative or complement to chemical pesticides.

Perhaps the most important battle was waged against the plum pox virus, which was identified in Adams County in 1999.

The aphid-spread disease is the most devastating stone fruit virus worldwide, according to USDA.

Penn State and government researchers determined there was little to no risk of spreading the disastrous disease through wild plants, making eradication a possibility &tstr; and later a reality, Baugher said.

He is working on high-tech solutions such as sensor-based irrigation and a robotic apple harvester that could be invaluable if farm labor shortages become more acute in the coming years.

He previously worked on autonomous harvesting at Washington State University.

Developing a robotic harvester is difficult because the machine needs to both identify apples correctly and pick them without damaging them.

There seems to be no end of new challenges for He and his colleagues.

The brown marmorated stink bug exploded as an agricultural pest a decade ago, and another invasive pest, the spotted lanternfly, is vexing fruit growers the researchers serve in southeastern Pennsylvania.

Meanwhile, the research center, along with the rest of Penn State’s research and Extension programs, faced the possibility of layoffs in 2016 when a 10-month state budget impasse held up funding.

But just discovering the cause of a pest or disease issue doesn’t mean that fruit growers can eliminate it from their orchards forever.

Rice had a load of apples rejected by Costa Rica last year because it contained San Jose scale.

“We need this ongoing research program here in order just to keep our problems in check and to make sure that we have a bright future,” he said.