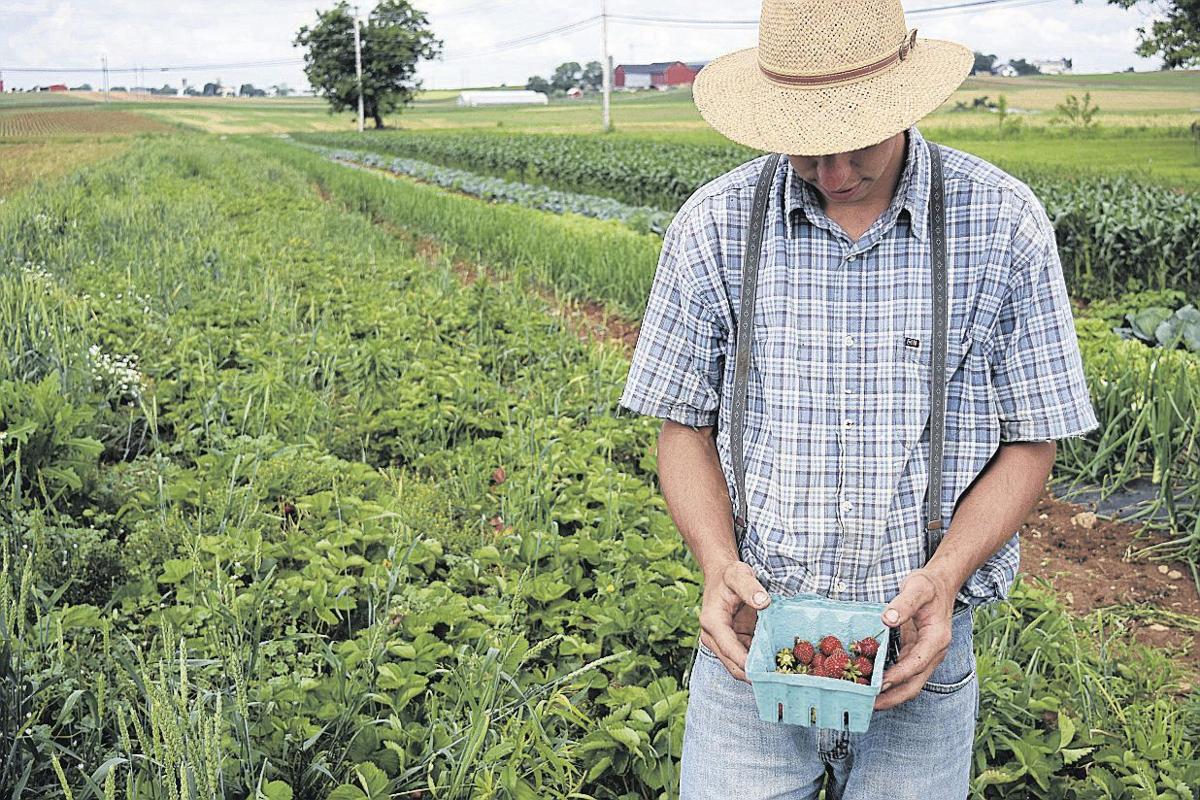 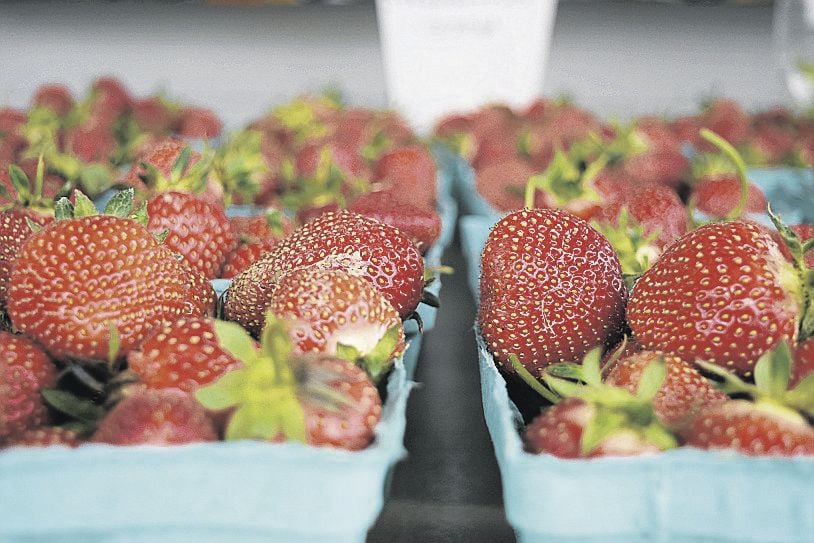 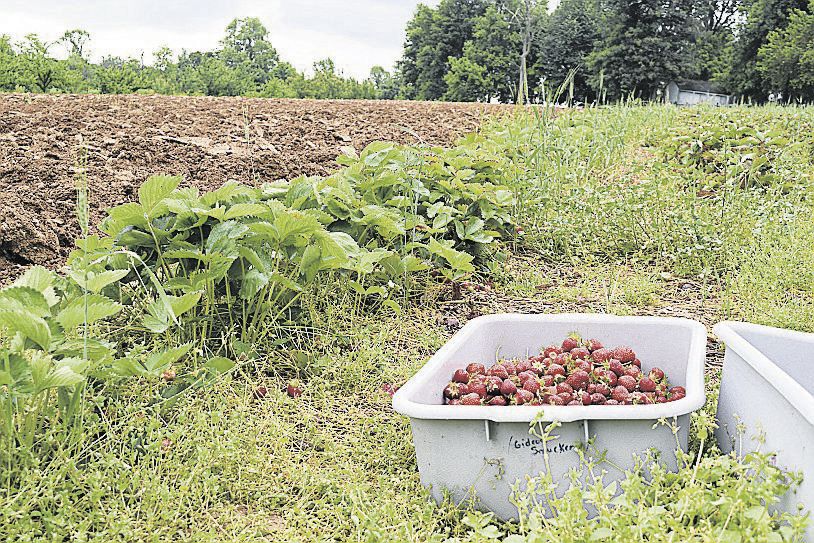 A basin of fresh-picked strawberries sits in a field on Tuesday morning at White Oak Nursery in Strasburg, Pennsylvania. The farm counts Earliglow and Galletta among its varieties.

A basin of fresh-picked strawberries sits in a field on Tuesday morning at White Oak Nursery in Strasburg, Pennsylvania. The farm counts Earliglow and Galletta among its varieties.

June’s fresh-picked strawberries are as sweet as ever, but wet weather has given Lancaster County growers some challenges this year.

The rain caused a lot of waste and rot at the Neffsville farm, which has a pick-your-own operation on matted rows.

The varieties Jewel and Allstar were producing this week, the farm’s fourth picking strawberries.

The Earliglow variety was slowing down, while AC Valley Sunset was ripening a little early. It typically ripens in the middle or latter part of the month.

“We’ve had some beautiful berries. The flavor is there,” but quantities are down, Erb said.

The weather will dictate how long the season lasts.

She hoped to have regular pick-your-own hours through today, June 10. After that, customers should contact the farm before coming to pick.

Erb is advising people not to wait if they want to get berries to eat fresh or make jam.

There are still green and developing fruits in the field, but with 90-degree temperatures forecast for early next week, those berries could ripen and get picked very quickly.

Jerry Martin has been having a fair strawberry season at his farm just north of New Holland.

He started picking in mid-May, about three weeks ago. He grows three varieties and keeps a planting for two years. He has had some issues with insects and slugs this year.

“We have a stand here, and what we have left over, we take to Weaverland Auction,” Martin said.

Strawberries sold for $20 to $32 per flat this week at the auction.

“It was a good crop considering the weather,” said Tim Elkner, a Penn State Extension educator in Lancaster County.

The county, home to one-fifth of the state’s strawberry-growing farms, got its share of wet weather this week.

Rain is not bad for strawberries, so long as the sun comes out afterward and dries off the fields, Elkner said.

If overcast, moist conditions persist, as they have this year, gray mold and other diseases will cause problems for growers, Elkner said.

Favorable weather is particularly important at harvest time, when plants form a thick canopy that can slow drying.

Pounding rains can also damage the flesh of strawberry fruit, and any kind of rain can keep customers out of pick-your-own fields, Elkner said.

Elkner has not heard of big insect problems. “It’s more of a disease year,” he said.

On Monday, Elkner estimated that local growers had been picking for about four weeks and had a few more to go.

Growers who use row covers can get to market early, generally a week ahead of traditional field growers.

Of course, row covers provide the most advantage in sunny weather, which has been in relatively short supply this season, Elkner said.

Growers can prolong the back end of the harvest with some of the good later-season varieties and the popular Chandler strawberry, which has a fairly long season, he said.

Lee Stivers, an Extension educator in Washington County, acknowledged there are pros and cons to rain, but said the precipitation has not stopped growers from bringing in a crop.

“I have seen some very wonderful berries around,” Stivers said.

Regardless of the weather, birds can be a problem in strawberry patches.

Crop losses tend to be especially bad near trees where birds can fly for protection, Elkner said.

Some growers have more or less resigned themselves to sharing with the birds, but others have tried to fight back with scare devices like flashing lights, eyeball balloons and noisemakers.

The motion of air dancers can scare birds, but the arm-flailing inflatables can’t be used during rain or wind storms.

There’s even a laser-based scare device. It doesn’t make noise, which is a plus for the neighbors, but Elkner has not tried it out.

Elkner had some success with a squawking device last year at a strawberry trial he was conducting at Penn State’s Landisville research farm.

The birds still went into the plots, but they did not eat as much as they would have eaten on unprotected fields, he said.

Scare devices are best deployed when the fruit is just starting to color. The birds should not get comfortable with getting a meal from the field before the scare tactics are deployed, Elkner said.

Strawberry season will be over in a few short weeks, and other produce crops, from peaches to tomatoes to sweet corn, are looking good.

“I think everything’s just ready to grow exponentially once we get some warm, sunny weather,” said Erb, of the Neffsville farm.