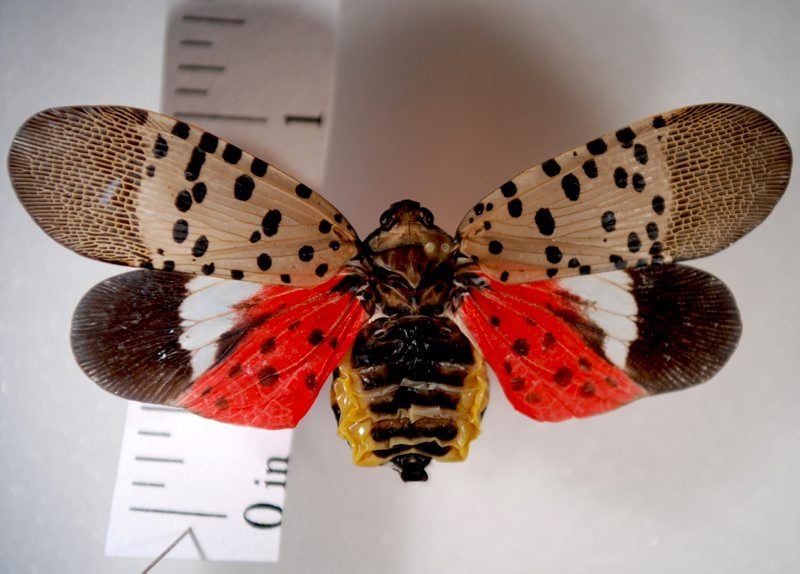 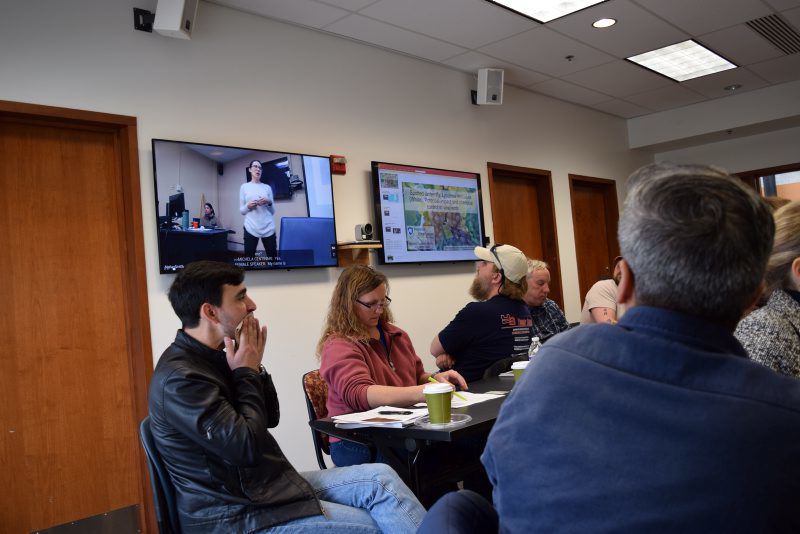 READING, Pa. — When the spotted lanternfly showed up in Berks County four years ago, grapes were one of the first crops researchers worried about.

Sure, the lanternfly feeds on dozens of plants, including hardwoods, ornamentals and the invasive tree of heaven.

But grapes are a high-value crop vital to the state’s wine industry, and lanternflies had already shown themselves quite capable of ravaging grape vines in South Korea, where they are also an introduced pest.

Now government and university researchers are scrambling to decipher this poorly understood menace before it squeezes grape growers dry.

“We really do need to take this pest seriously,” said Erica Smyers, a Penn State doctoral student who has been testing the efficacy of insecticides on lanternflies.

She spoke during a grape grower videoconference on Tuesday.

Penn State Berks, in the heart of the lanternfly quarantine zone in southeastern Pennsylvania, was one of several conference sites throughout the state.

Spotted lanternflies suck plant juices and then slather their surroundings in a sticky waste. This honeydew can grow sooty mold, attract other pests and stink as it ferments.

Needless to say, the lanternflies’ mess detracts from the romantic image customers have of a vineyard, and the mold can reduce the marketability of the fruit.

Unfortunately, lanternflies seem to be at home in vineyards. They have been spotted in groups of 300 or more on a single plant.

“Based on our observation, they are present in the vineyard all year round, from egg to adult,” Smyers said.

So far, Smyers has tested the efficacy of 20 insecticides applied to grape cuttings.

“Most of these products seem to work really well,” she said.

All of the insecticides were labeled for grapes in Pennsylvania. They included chemicals available to commercial growers and to homeowners.

Smyers used the highest label-recommended rate just to see if the products would work.

She plans to do more work to pinpoint appropriate dosages, but for now, Penn State is hoping to use the data she’s got to secure emergency exemptions for the insecticides’ use.

In South Korea, growers hit lanternfly egg masses with chlorpyrifos during hatching in March and April.

They come back with dinotefuran, a systemic insecticide, when the eggs are almost all hatched, and use sticky traps and other sprays later in the season.

Korean organic grape growers put bags over the fruit to protect the bunches from sooty mold.

“This is very costly and labor intensive,” Smyers said.

Charting an insect’s life cycle can help growers time a spray for peak effectiveness, but this could prove tricky with the lanternfly.

“They’re not highly synchronized in terms of their development,” said Julie Urban, a Penn State entomologist.

And pyrethroids, which were effective against the brown marmorated stink bug, have proved less useful against spotted lanternfly.

The research has moved somewhat slowly because spotted lanternflies only produce one generation a year, but researchers are planning to hit the pest from many angles this year.

Field studies should start in a few weeks in the lanternfly quarantine zone, and a USDA researcher is applying to do laboratory work in Maryland.

Urban and a graduate student will be studying microbial communities to see if there are naturally occurring organisms that could combat sooty mold.

She is also investigating the possibility of disrupting the mutually beneficial relationship between lanternflies and the bacteria that live inside them.

“It would be highly specific to the insect,” she said.

USDA researchers are looking into natural enemies of the lanternfly. One insect imported years ago for gypsy moth control is parasitizing lanternfly eggs, albeit in small numbers, Urban said.

Other scientists are looking for chemicals that can attract lanternflies.

Some volatile plant compounds seem to work, though no one has identified any lanternfly pheromones.

That’s not surprising, though, because no similar species are known to use pheromones. Instead, lanternflies appear to find mates by transmitting vibrations, Urban said.

Lanternflies clearly prefer the tree of heaven, but researchers are trying to determine if the tree is absolutely essential to the pests’ life cycle, or if other species will do in a pinch.

A key piece of Pennsylvania’s current lanternfly control strategy is cutting down trees of heaven and spraying the standing ones with insecticide.

Researchers are also trying to figure out why lanternflies move from one place to another. Some think the insects could be seeking out a meal they need before mating, Urban said.

Urban is examining lanternfly genetics to determine where they came from and how they are moving.

Pennsylvania’s lanternfly population likely came from northern China, so they may be more cold hardy than the ones that invaded South Korea, she said.

The red coloration in the lanternflies’ wings suggests the insects could contain toxic compounds.

No such chemicals have been identified so far, but more work is needed to know what would happen if a lanternfly accidentally got into fermenting wine.

When Smyers helped one vineyard with harvest last year, “they were getting multiple adult insects in their grape clusters and onto their destemmer and crusher machines,” she said.

Grapes aren’t the only crop that lanternflies could harm — everything from apples to hops seems to be fair game — but a lot of research remains to be done to control this pest wherever it is found.