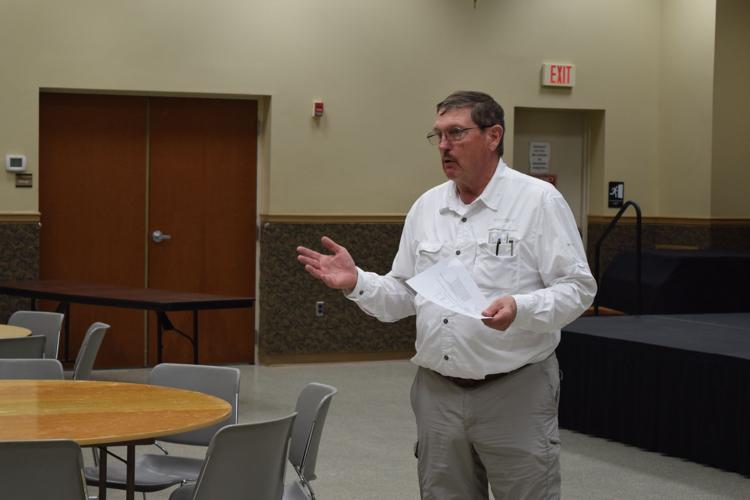 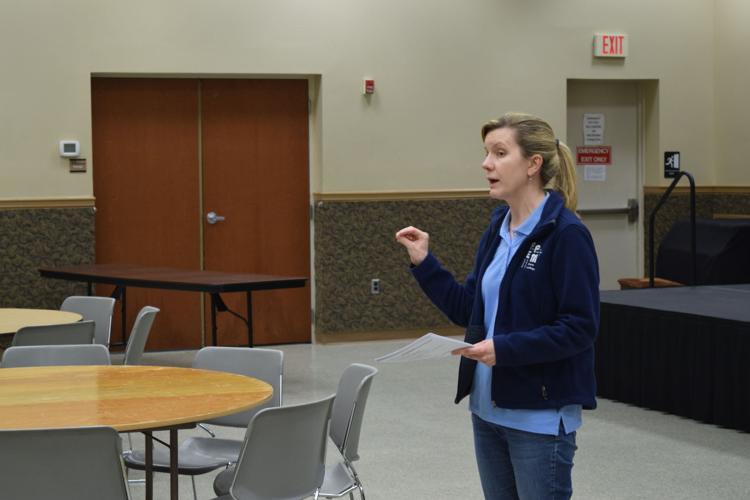 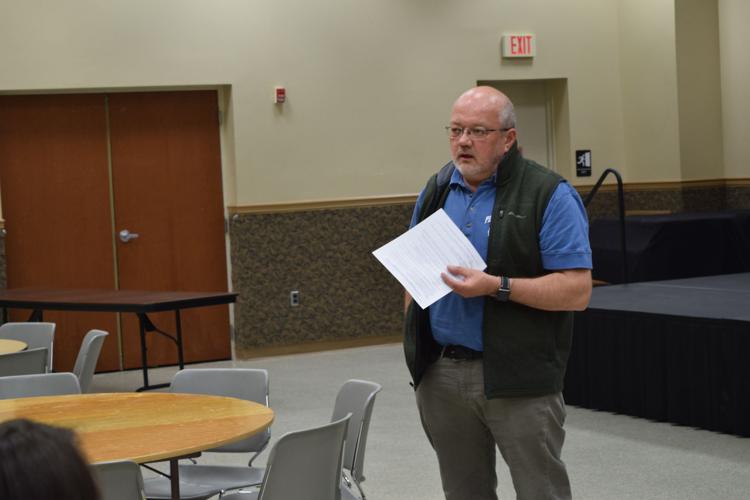 LANCASTER, Pa. — With insects and diseases to suppress and blossoms to thin, fruit growers will be spending a lot of time with their sprayers in the coming weeks.

Conditions are ripe for fire blight and scab, making diseases perhaps the most immediate threat.

There’s been enough warmth and wetness to allow fire blight bacteria to replicate if they’re present in blossoms.

Models predicted that the first infection period would be this past week, said Kari Peter, a Penn State plant pathologist.

She spoke at a grower meeting Tuesday at the Farm and Home Center.

Streptomycin, an antibiotic, kills the bacteria that are in the flower.

“You’re resetting the clock for those flowers,” Peter said.

As a result, growers don’t have to worry about streptomycin getting washed off by rain.

That’s different from fungicides, which need to stick around or be applied after the orchard gets wet.

Apogee or Kudos is a must for semidwarf trees that are susceptible to fire blight.

These products will harden off the shoots. Some growth will be sacrificed on younger trees, but the trees will make up that ground at the end of the season, Peter said.

Bloom is also the time when the largest number of scab spores are present.

Spores likely peaked this week, but next week will still be a danger zone.

When the average temperature is between 61 and 75 degrees, infection can take hold in just six hours of leaf wetness.

“It’s during this time that you want your strongest products,” Peter said.

Those are the Group 7 fungicides, such as Fontelis, Merivon and Luna Sensation. Adding a rain-fast mancozeb can help.

Peter recommends making two complete sprays during this high-risk window. If growers use half sprays, they should reapply in half the interval they would use with a full spray.

Greg Krawczyk, a Penn State Extension entomologist, is looking ahead to the petal fall spray, when growers have their best shot at controlling oriental fruit moth, plum curculio, aphids and other pests.

Oriental fruit moth is the main apple pest that is active right now, but the timing isn’t great for apple growers.

“There is nothing you can spray during the bloom that will not be toxic to bees,” Krawczyk said.

Because control isn’t possible right now, the pest will likely have a big second generation.

At petal fall, the neonicotinoid Assail will knock down the fruit moth and most other pests.

Assail won’t take care of European red mites, so growers should add Agri-Mek to get that pest.

If growers have already applied oil, the mites might not be a problem anyway, Krawczyk said.

Alternatively, Avaunt can be used in place of Assail, with imidacloprid added if rosy apple aphid is a concern.

If leafrollers show up, growers should use Intrepid or a similar product in addition to Assail or Avaunt, Krawczyk said.

In peach blocks, growers should spray for oriental fruit moths in peaches as soon as possible. Peaches have generally finished blooming, he said.

While growers are thinking about pest pressure, they will also have to consider their fruit load.

That’s a little tricky this year because bloom has been erratic.

“My Jonagold looks really good, and my Daybreak Fuji looks terrible, right next to each other,” said Rob Crassweller, a Penn State horticulture professor.

Low light availability and high rainfall last year may have contributed to this problem.

Thinning chemicals are most effective when the fruit is 10 to 12 millimeters in diameter.

The model estimates tree carbohydrate production to determine the rate of chemical thinner to use.

The site uses data from a constellation of weather stations, plus the grower’s green tip and bloom dates.

Recommendations are given as a percentage of the farm’s standard rate.

Thinners are most effective at warm temperatures, though there’s no guarantee that growers will get balmy weather when they want it, Crassweller said.