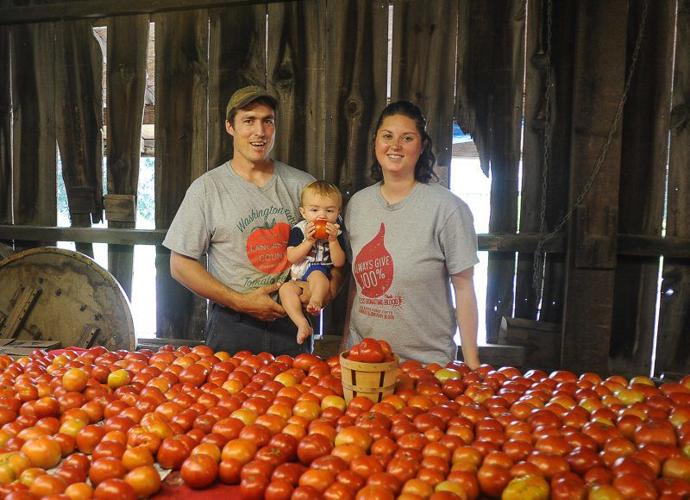 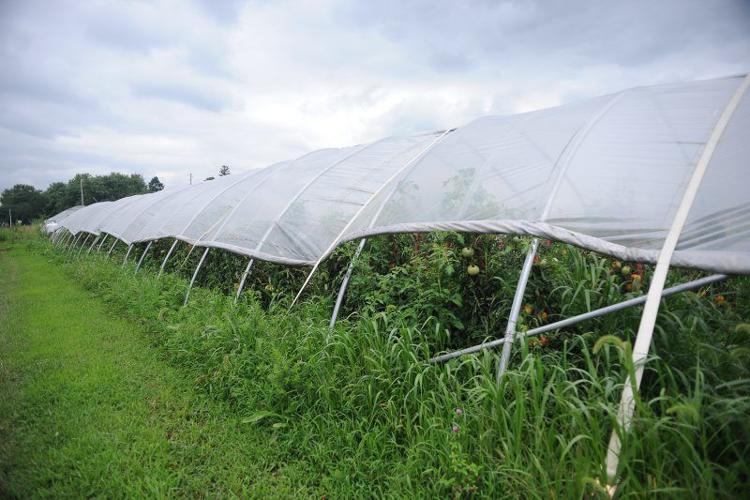 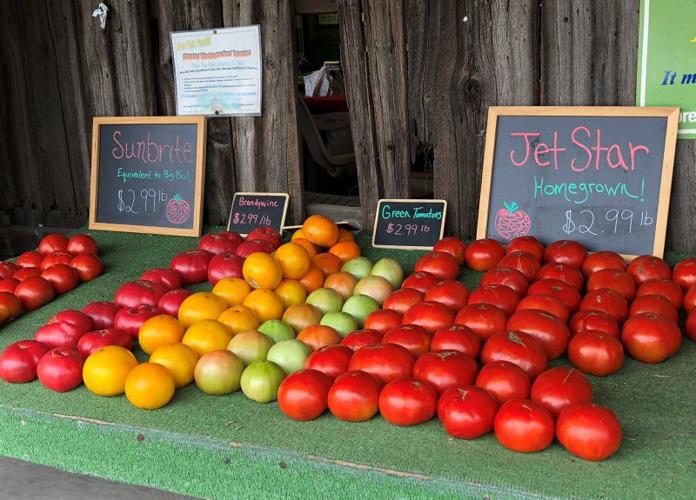 WASHINGTON BORO, Pa. — In the second half of the 20th century, farmers, with the help of agricultural science, began to grow and sell a heartier brand of firm tomato with a long shelf life. The tomatoes lent themselves to grocery store sales and could be transported long distances without damage. It’s what consumers began to accept as a perfect tomato — large, round and unbruised. But today, many consumers are asking “Where’s the taste?” in their tomatoes.

The answer is pretty simple. The solution is more complicated. In the process of developing tomatoes which were more marketable year-round and countrywide, scientists actually bred out of the fruit what people ate tomatoes for in the first place — taste.

A delicate fruit subject to bruising and damage, tomatoes always needed to be handled carefully. In the 1930s, local farmers in southeastern Pennsylvania harvested vine-ripened tomatoes from nearly 200,000 plants to supply markets across the state.

With the advent of high tunnel agriculture in the 1980s, growers have been able to plant spring vegetables a little earlier and protect them from the harshest weather. The plastic-covered structure was adapted by University of New Hampshire professor Otho Wells to extend the New England growing season. They were a godsend to Lancaster County, Pennsylvania, tomato farmers this year, due to the cloudy, cold and wet conditions that blanketed the eastern United States this spring. The weather was not the farmers’ friend. The weather affected the growth of early plantings and delayed the harvest of some early tomatoes, strawberries and other fruits.

“Today, an increasing percentage — approaching 50 percent — of tomatoes grown in Lancaster County are tunnel grown, said Tim Elkner, a commercial horticulture educator at Penn State Extension in Lancaster. “The tomato crop, which wants warm and dry conditions with lots of sun, really needed the protection of the plastic tunnels this year.”

Pennsylvania is the nation’s 13th largest producer of tomatoes, with some 2,300 acres of plants. One thousand of those acres are dedicated to processing. That’s nearly 10 million tomato plants yielding (with a minimum of 15 pounds per plant) 150 million pounds of the fruit.

The most popular tomato grown in Lancaster County is the Red Deuce, a large, early season tomato with excellent plant yield.

“Tomatoes need the right soil to grow, combined with warm temperatures in the 80s, sun and water,” Elkner said. If the fruit is allowed to ripen on the vine, it develops the unique taste and sweetness that can alter by variety, but is what the consumer craves.

While many family farms allow their tomatoes to ripen longer on the vine, most commercial farms plant the newer, firmer tomatoes that may look better, but with questionable taste.

In recent years, horticultural scientists, including Harry Klee at the University of Florida, have sequenced the full genome of 400 varieties of tomatoes and — using traditional breeding methods — are trying to bring flavor back to the current firm tomato. Tomato plants, however, can only produce so much sugar through photosynthesis, making it hard to have both size, firmness and the sweet taste we crave.

In Lancaster County’s Washington Boro — on the eastern shore of the Susquehanna — there is a long tomato history. Washington Boro claims to have the right limestone soil and weather conditions to produce some of the earliest, finest tasting tomatoes in the state. One variety the area is known for is the Jet Star.

“Unfortunately,” said Tyler Rohrer, “you have to accept the fact that these tomatoes are softer at maturity than the ones you may be used to. However, there is absolutely nothing like the sweetness and taste of a Jet Star. Nothing compares to it.”

Tyler owns and runs the Tomato Barn on Penn Street in Washington Boro with his wife, Jen, and is one of the last farms growing Jet Stars.

Jen’s dad, Steve Funk, who likes to say, “Most people today do not know what a good tomato should taste like,” got it all started in the 1970s, with the farm and Tomato Barn. He had a large wholesale business of vine-ripened, tasty tomatoes until the mid-1980s. Then, wholesalers stopped buying just about any variety that was soft at maturity, cracked or not firm to the touch.

Funk literally prayed for help before he went out of business. He started a small roadside stand to sell directly to the public and got a big boost when WGAL, TV’s weather director Joe Calhoun broadcast a segment on the Washington Boro Tomato Festival from the site. Suddenly, the Tomato Barn was discovered by locals and tourists who were looking for a tasty tomato.

The rest is history. The Tomato Barn was featured in a PBS Pennsylvania barn documentary and is listed in many tourist guides. The barn is open late spring through September each year (with self-serve sales into late fall) and is a must stop for tomato lovers.

The Rohrers have 12 high tunnels with 12,000 plants. All planting (and harvesting) in the tunnels, or outside, is done by hand through late spring for a season that lasts into fall.

“This is a very labor-intensive business,” Rohrer said, “and I have to use high school and college students to help with the work.”

The Tomato Barn grows multiple varieties including Jet Stars, Sunbrite (a little meatier tomato, as described by Jen), as well as plum, grape, roma, yellow and heirlooms like Brandywine. “They are all grown for taste and picked when ripe, not before,” said Rohrer, who grew up on a dairy farm not far away.

All Tomato Barn varieties are non-GMO, and although grown eco-friendly they are not organic. The plants are fertilized and sprayed, when needed, for pests during the season. The Rohrers have begun to test hydroponic gardening and are open to new technology to help them grow a better tomato as long as it doesn’t sacrifice taste. That is greeted with a loud “Amen” by founder Funk, who in his second career has established The Way Recovery Houses in Lancaster County to help those recovering from opioid addiction re-enter the community.