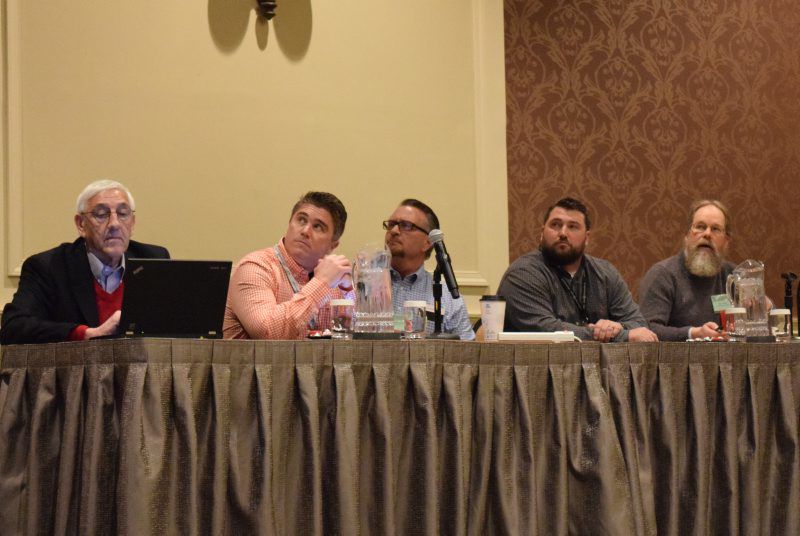 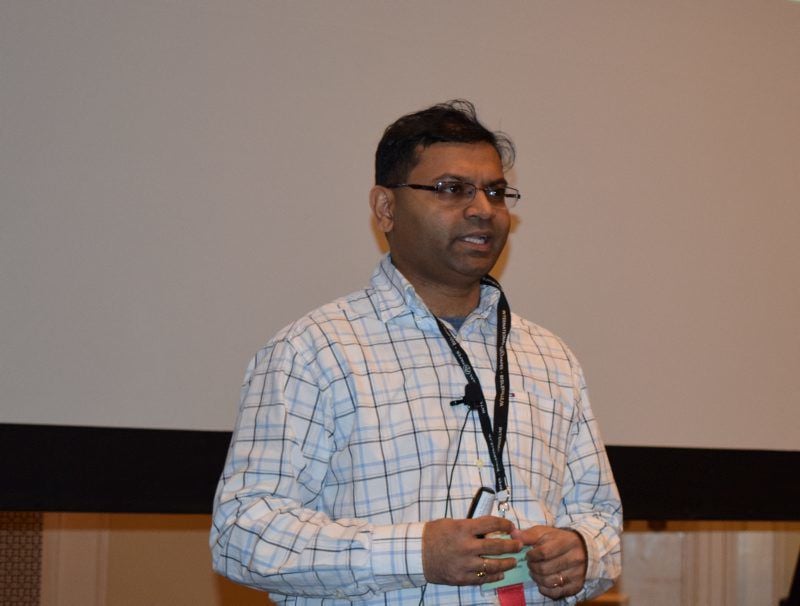 HERSHEY, Pa. — It’s the wee hours of a freezing night in early spring, and Mark Boyer is driving up and down the rows of his family’s Bedford-area orchard, blasting trees with hot air.

He’s not crazy, though he might be a little desperate.

The pull-behind hot air blower, one of three the farm owns, is used to warm the delicate buds that will mature into yellow-green apples or dark red cherries.

“It sounds like a jet plane taking off,” Boyer said.

Even boosting the temperature by a few degrees for one night can be the difference between a good crop and devastation, as fruit growers know all too well.

Frost dinged some growers throughout the Northeast in 2016 and walloped Georgia’s iconic peach crop last year.

Scientists believe the warming climate could shake up spring weather patterns and increase the risk of frost problems.

Several growers described their frost protection tactics at the Mid-Atlantic Fruit and Vegetable Convention on Jan. 30 at the Hershey Lodge.

One of the best, and most counterintuitive, ways to keep buds from freezing is to coat the trees in ice.

As irrigation water freezes, it encases the buds at a constant temperature of 32 degrees. The cooling water also releases some energy into the plant, said Hemant Gohil, a Rutgers Cooperative Extension agent.

The water is usually applied from overhead, though it can also be sprayed on the trees from below.

The ice should be clear. If it’s cloudy or milky, some of the water is evaporating, indicating the application rate is too low, said Don Smith, who handles frost protection at Penn State University’s research orchard.

That’s one of the challenges of irrigating for frost protection — it takes a lot of water.

With an application rate of two-tenths of an inch per hour, Penn State’s pond-fed system uses more than 5,000 gallons of water an hour.

Smith likes to keep the water flowing till he sees ice falling off the trees, a sign that temperatures are above freezing.

If the system is shut off too early, “you’re going to get supercooling and undo everything you’ve already tried,” Smith said.

Still, deploying all that water can be hard on young trees. “The weight of the water can break those scaffolding branches,” Gohil said.

On one project, he used sprinkler heads that were advertised as not allowing ice to form, but once the temperatures got down to 23 degrees, it was hard to keep ice off them, Mackintosh said.

Growers might want to keep some spare sprinkler heads so they can quickly swap out icy ones, he said.

Irrigation wasn’t an option for Boyer, whose water contains iron and manganese that would have hurt the trees.

The turbine in his hot air blower pushes air 150 to 200 feet out both sides of the machine. This warms several rows at once, and drivers should alternate which rows they drive down to avoid singeing a row, Boyer said.

He drives in a circuit around the orchard, making sure to come back to the same place within 10 minutes.

One of these propane-burning machines, which are known by brands like Frost Dragon and Frostbuster, can cover about 10 acres.

The machine carries only about four hours’ worth of propane, so “unless you have Kyle Busch’s NASCAR team, you cannot run these things all night long,” Boyer said.

Boyer has had success with the blower, though he can’t run it when conditions are windy.

His biggest regret is choosing to save cherries instead of Honeycrisp apples, only to lose the cherries to cracking.

“You literally can feel the heat coming off the blades,” said Fifer, an owner of Fifer Orchards in Camden-Wyoming, Delaware.

It’s the same idea as the hot air blower, but one helicopter can cover about 30 acres, several times what a blower can do on the ground.

The chopper does have its limits. When Fifer assigned it to heat 50 acres, he lost his crop.

A block that got under-tree irrigation that night gave him half a crop.

Alternatively, some growers install heating systems in their orchards or use standalone units called smudge pots.

Heaters are effective only if there is a strong temperature inversion containing the warmed air near the trees. If the air ceiling is too high, or if the wind is up, the heaters won’t help much.

Neighbors may also find burning in the orchard to be a nuisance, Gohil said.

“You’re not going to save your way out of frost protection,” Boyer said.

“There’s nothing cheap about frost control,” he said. “It’s very expensive, and losing your crop is pretty expensive too.”