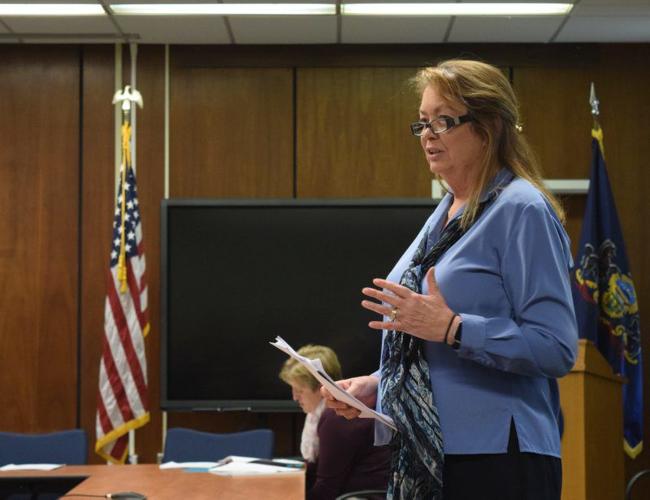 Diane Garvey of Garvey Resources says biosolids are a good source of fertilizer. 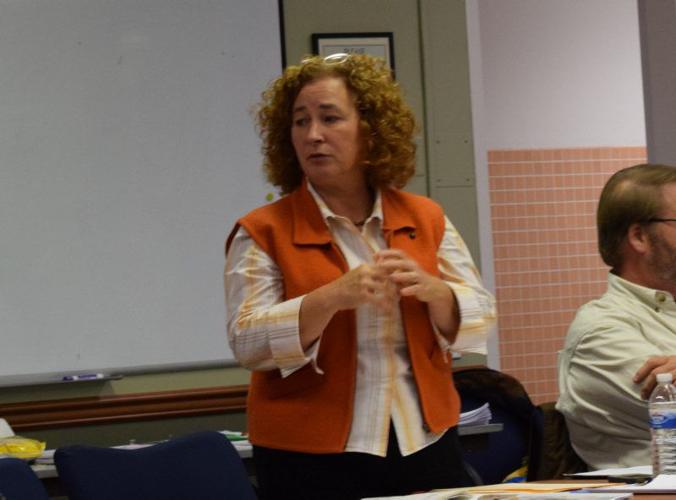 Darree Sicher, founder of the United Sludge-Free Alliance, says biosolids are an unwise source of fertilizer.

Diane Garvey of Garvey Resources says biosolids are a good source of fertilizer.

Darree Sicher, founder of the United Sludge-Free Alliance, says biosolids are an unwise source of fertilizer.

HARRISBURG, Pa. — Treated sewage sludge is spread on many Pennsylvania fields as fertilizer.

Environmental regulators and scientists have generally found this treated waste — known as biosolids — to be safe, but skeptics remain.

The Pennsylvania State Council of Farm Organizations held a discussion about the topic during its meeting Monday at the state Ag Department building.

Darree Sicher, a Kutztown resident and founder of the United Sludge Free Alliance, said one of her main concerns is that biosolids are contaminated with pharmaceuticals and flame retardants that could make their way into the food supply.

Flame retardants often contain chemicals that could lead to birth defects in livestock, she said.

But drugs appear in biosolids in such low concentrations that they are unlikely to be dangerous, said Diane Garvey, president of Garvey Resources Inc., a consulting firm that specializes in biosolid issues.

A farmer handling biosolids would need 24,000 years to be exposed to the equivalent of one tablet of ibuprofen, Garvey said, citing a risk analysis conducted for the advocacy group Northwest Biosolids.

Much of the debate about biosolids involves two controversial court cases from Augusta, Georgia, in which farmers claimed their land was contaminated and their cows were sickened after years of spreading the city’s biosolids.

“They were promised it was safe. It killed their farms,” Sicher said.

Garvey said the government blamed the problems on bad farming practices, and she said the farmers didn’t allow regulators to take samples.

Augusta lost a court battle with one farmer and settled with the other, the Associated Press reported in 2008.

Still, it’s far from clear that the Georgia incident is typical of farms using biosolids.

Sicher said that farmers should expect lower yields over time, but Garvey said she works with farmers who are still plenty productive after using biosolids for 20 years.

One farmer she knows got a 50 percent yield advantage after using biosolids for one year at agronomic rates.

It is clear, at least, that land application is one of the cheapest ways to dispose of sewage sludge.

The Pennsylvania Legislative Budget and Finance Committee found last year that sending biosolids to a landfill costs about $45 more per wet ton than land application, and that incineration runs about twice the cost of land application.

The committee found that every method of biosolid disposal entails some risk.

In Europe, biosolids are often incinerated — at costs that “communities across Pennsylvania and the United States simply have not been willing to pay,” said John Uzupis, technical services director at biosolids company Synagro.

Next year, Phoenixville will start using a new heating process to turn biosolids into a charcoal-like product that can be applied to fields.

The treatment has a 93 percent success rate destroying 70 types of pharmaceuticals, and the heavy metals are removed during the processing, said Dan Spracklin, CEO of Spring City-based Somax Bioenergy, which is involved with the technology.

Jennifer Heltzel, the farm council’s representative from Dairy Farmers of America, observed that Sicher seemed to have little support among the farmers and wastewater business people whose practices she was criticizing.

But Heltzel thanked Sicher for coming and at least participating in the dialogue.

“We are the victims a lot of times of what I would call popular pseudoscience,” so the ag industry has a keen interest in getting solid scientific information, Heltzel said.