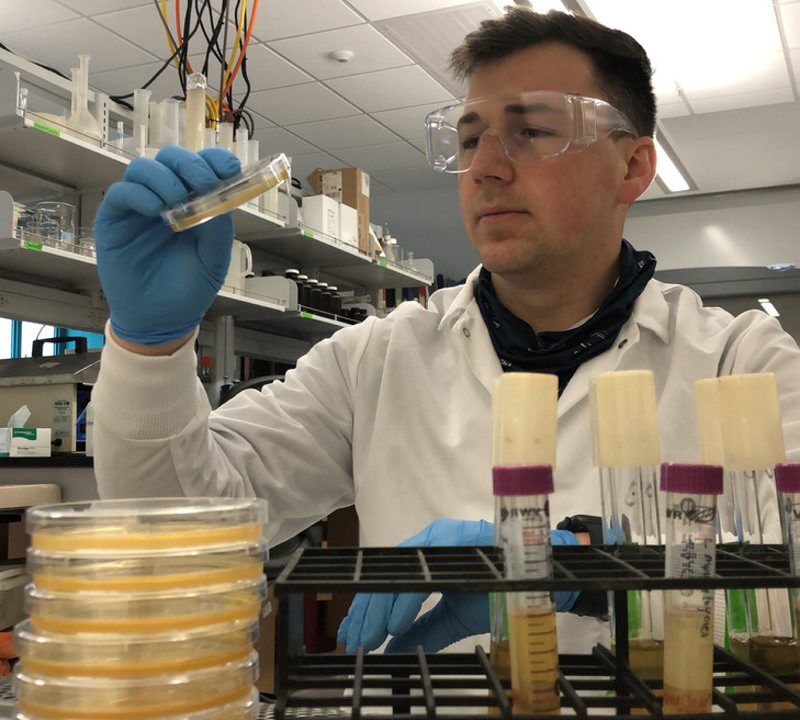 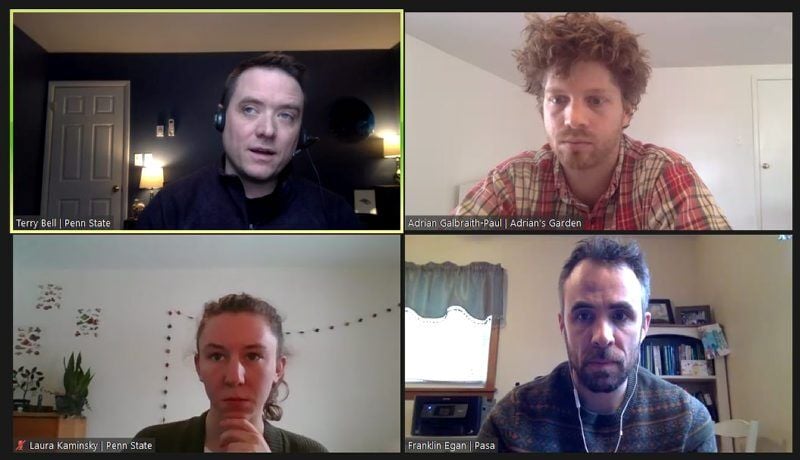 Fostering soil microbes is a well-known way to build the health of the land and improve productivity. But how do you feed a community of bacteria, fungi and protozoa that you can’t even see?

There are proven strategies, but there are also a lot of questions, according to Penn State researchers who spoke Tuesday in the first session of Pasa Sustainable Agriculture’s conference. The 30th annual event, being held virtually, runs through Feb. 5.

The biggest challenge for understanding soil microbes — in addition to needing a microscope to look at them — is that this field of inquiry is still fairly new.

Many of the best methods for researching the soil microbiome have been developed within the past decade. As a result, scientists have studied less than 10% of soil microbe species in the lab.

“What they do and what functions they perform is still largely a mystery,” said Laura Kaminsky, a Penn State doctoral student.

Despite humans’ modest understanding, soil microbes are integral to the success of farming.

Microbes break down dead plants and other organisms and make the nutrients available to growing crops. The organic matter that microbes build in the soil improves soil structure, water retention and infiltration.

Arbuscular mycorrhizal fungi scavenge nutrients and feed them to plants as part of a symbiotic exchange. Some microbes capture vital nitrogen from the air.

And while some soil microbes act as pathogens and harm crops, other microbes infect and feed on the pests.

“Microbes are essential in almost every single nutrient cycle in the soil — carbon, nitrogen, phosphorus and so on,” Kaminsky said.

Scientists also know what condition most favors farmers’ tiniest allies — an abundance of carbon-rich material to feed upon.

Microbes are particularly active around plant roots, which shed dead cells and other minute edibles. Certain microbes live in dead leaves, roam freely in the soil, or even appear on the surface of plants.

By some estimates, a teaspoon of soil could contain up to a billion microbes, though they may not all be active at one time, Kaminsky said. Many fungi and a few bacteria ride out heat or drought as spores.

To increase the population of microbes in a field, the most straightforward course is to simply add them.

Sometimes dubbed “bugs in a box,” plenty of commercial microbial amendments are available in liquid and powder form. A survey several years ago in Ohio found that over 70% of organic farmers were using them.

But these amendments are less than a sure thing, said Terry Bell, a Penn State professor who studies the relationship between plants and their environment.

Bell cited problems with quality control and a shelf life that for some products is as little as a month.

Moreover, farmers may need to experiment to see which products actually succeed on their land. Delicate organisms don’t work like interchangeable parts from a factory.

“They’re isolated from some environment. They’re then mass-produced, and then we expect them to sort of perform in all sorts of different fields that we apply them to,” Bell said.

As it happens, many farmers already produce and spread a teeming microbial amendment of their own, though they mainly think of it as a nutrient source. That would be manure.

Healthy Soil is the Key to Peace on Earth

Farmers can also prepare their own microbe-rich compost teas or inoculants based in Korean natural farming methods, though production can be intricate.

Galbraith-Paul sees the amendments as a cheaper alternative to bugs in a box, and as a way to foster microbial species that he collects locally.

“You’re going to have a higher chance of those things naturalizing in your fields, which I think is one of the most important parts,” Galbraith-Paul said.

While farmers generally want to build microbial life, on occasion they will want to kill it instead.

Soil steaming and fumigation can knock down destructive pathogens, though they mow down a lot of beneficial microbes too. Little is known about how microbes recolonize treated soils, including whether other pathogens can get a foothold, Bell said.

Still, the most common ways farmers manage soil microbes — and the most feasible at large scale — are indirect.

Field siting may influence microbial availability, and in this, Northeastern farmers are fortunate, Bell said.

Mycorrhizal fungi don’t disperse very far, but they stand a better chance of migrating to fields if they are close to their natural reservoirs in the woods. And the Northeast has plenty of small fields that border timber stands.

Which is Better for Soil Health? Tillage or No-Tilling?

What does seem clear is that efforts to build soil health will pay off in the long term.

“By providing a healthy soil, you’re providing the conditions that are going to allow, over time, beneficial microbial populations to build up in your soil,” Bell said.

As climate change heightens the risk of soil compaction, grain farmers will need to focus on building the resilience of their fields.

Anaerobic soil disinfestation has an unwieldy name but a simple plan — selectively feed a group of beneficial microorganisms and starve out the ones that feed on crops.