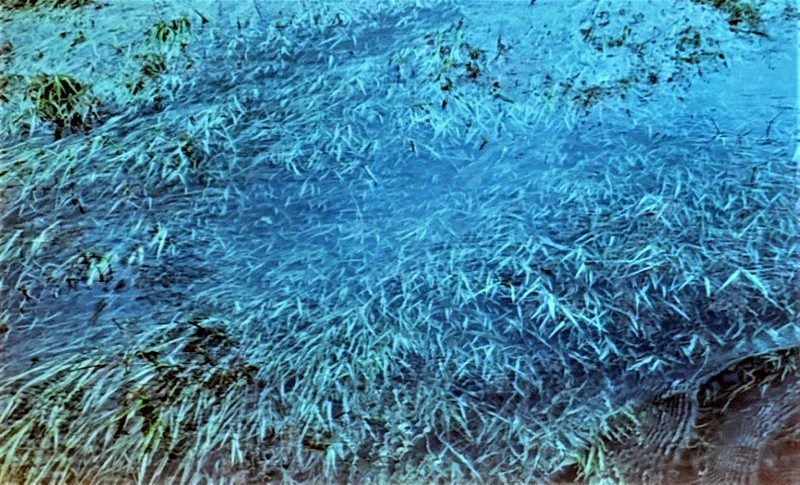 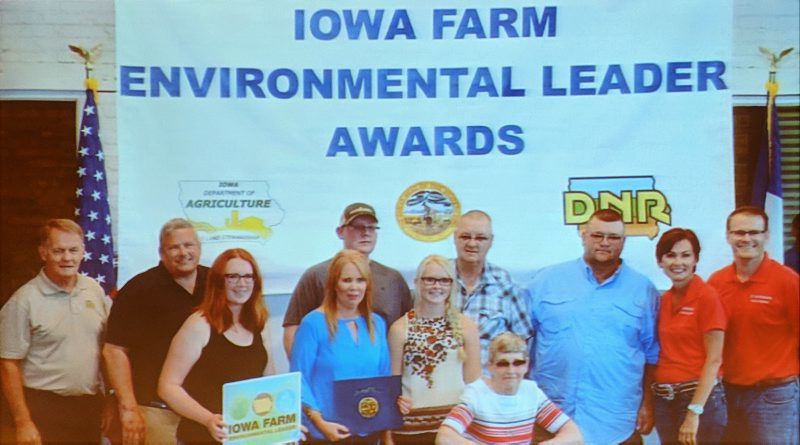 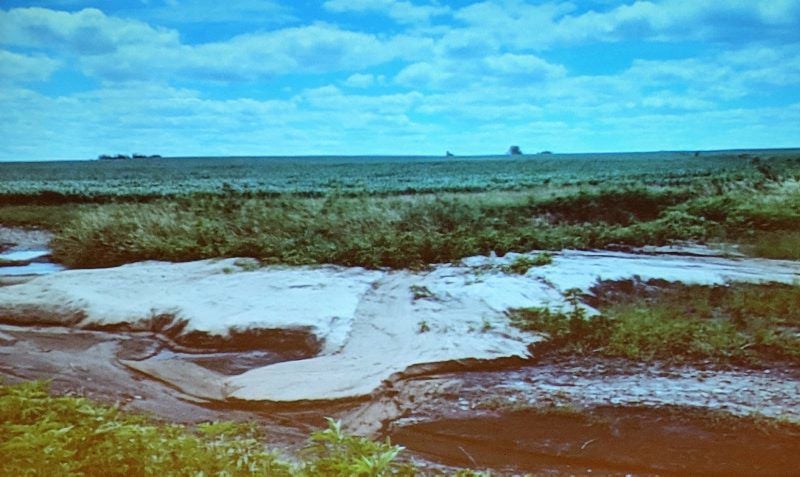 EAST EARL, Pa. — Iowa used to be a swamp, according to Loran Steinlage, a no-till advocate who farms 750 acres in Iowa’s northeast corner.

He and his wife, Brenda, also custom farm another 750 acres in West Union. The farm is in what is known as the Driftless area of the state.

During the last Ice Age, this area wasn’t covered by glaciers, but as ice melted in other regions, water carried a variety of soils to where Steinlage now farms.

He has counted 26 different soil types on his farm, from pure gravel to pure peat.

Steinlage is an acknowledged expert on soils and how to work with them, and he is devoted to no-till cropping.

Steinlage brought his no-till adventure tales to Pennsylvania last month, visiting a Pennsylvania No-Till Alliance meeting in Clarion, in the western part of the state, on Tuesday, Feb. 25, then heading east to Lancaster County, where he met with alliance members at Shady Maple Smorgasbord.

In 1986, when he was just 16, Steinlage formed a partnership with his father, Florian, whom he credits for inspiring his innovative approach to agriculture. Florian Steinlage was one of the first to build a manure pit on a dairy farm, he bought a chisel plow before most of his neighbors, and he was generally interested in conservation.

When Loran began farming full-time, dairy, corn and beans were the main enterprises. It was a successful operation. But in 1993, he was working in a field when a truck left the road and crashed into his tractor. As he recovered from injuries, he discovered that his body could no longer tolerate working around animals.

By 1996, the cows were gone from the farm. The Steinlages were working the home farm as hard as they could to produce corn and soybeans. Plus, Loran told his Shady Maple listeners, he was “pushing the heck” out of custom work.

He admitted that he pushed too hard and worked at finding a better way of operating the farm. An enthusiastic Internet user, he began researching no-till and companion crop ideas. In 2006, he looked into reports on interseeding research that had been done at the University of Tennessee.

Interseeding a cover crop between rows of corn preserves moisture, combats weeds and adds organic matter to the soil. Through trial and error, and by adapting the ideas of like-minded individuals from around the world, Steinlage has gradually transformed his farm into a treasure trove of no-till practices and ideas.

His goal is to keep a living plant on the soil 365 days a year.

In 2009, the Steinlage family smashed into another life-changing event. Their son, Rolan, 13 at the time, was diagnosed with a brain tumor. Rolan was in a hospital intensive care unit for the first eight weeks of his successful year-long recovery. Loran spent countless hours with his son in the ICU during those eight weeks. Phones aren’t allowed in ICUs, and Steinlage said he felt cut off from the outside world. But he did have access to a laptop computer, and during those two months he built up a worldwide network of soil, crop, business and no-till experts, innovators and idea people.

He told his Lancaster County listeners that he hasn’t adopted any of their ideas, but he has adapted them to his Iowa operation. He counseled them to not adopt his ideas or the ideas of others, but to adapt them, to make them work on their own farms. He also said that as he moved from conventional tillage to a completely no-till operation, farm finances went over a cliff. But their post-cliff operation has become more successful than it was before they began the journey.

Steinlage touched on so many points during his presentation, that it’s impossible to list them all. He hit again and again on the subject of soil health.

A byproduct of his no-till approach has been the strengthening of his soils, brimming with microbes, tunneled by wormholes and loaded with organic matter. Much of his attention now is directed toward increasing soil carbon content.

His work has gained him an international reputation. A week or so before his Pennsylvania trip, he was in Australia discovering some of the techniques the Aussies are using to address their soil issues. A few days after his Pennsylvania appearances, he was still on the road, talking and listening to yet more farmers and farm groups.

His work in Iowa hasn’t gone unnoticed. Last year, FloLo Farms received an environmental leader award from the Iowa Department of Agriculture. It was a welcome honor, Steinlage said, and came on a day when his corner of the state almost became a swamp again. For the third time in a week, the skies had dumped seven inches of rain on West Union.

Although his soils have developed tremendous capacity for water retention, by the time he got home, rainwater was running in sheets off his fields. But it was clean water, flowing through grassy waterways.

He took pictures of the stormwater flowing off his fields, and then took pictures of his neighbor’s conventionally tilled field, just across the fenceline. There was a pile of mud on the other side of the fence.

All of us, whether human or animal, have transitions to go through in life, and not all of them are pleasant transitions.