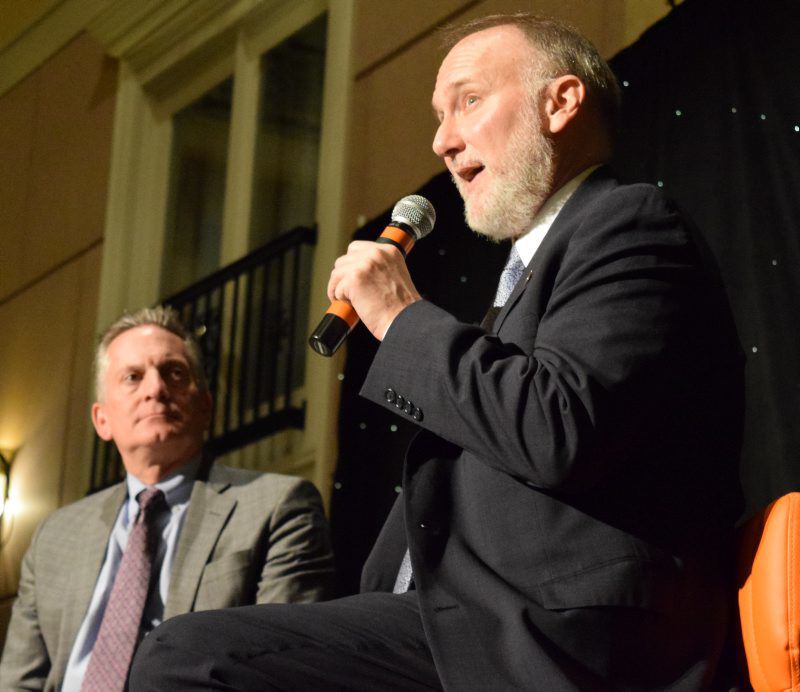 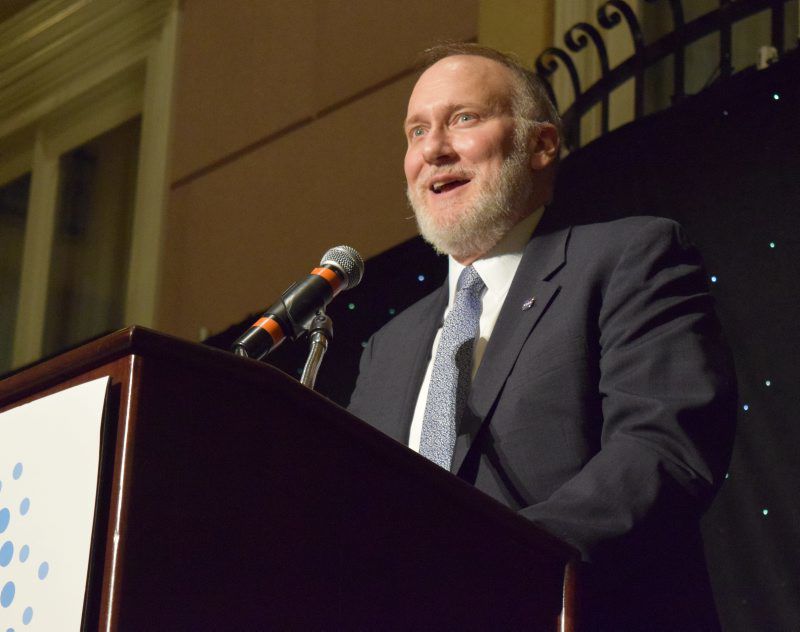 WILLOW STREET, Pa. — To reach the next frontier in outer space, astronauts will need to learn a bit about farming.

After all, simply getting to Mars, doing a flyby and coming back could take 18 months.

And if humans actually land on the Red Planet, they will have to stay for another 18 months while they wait for the planet’s orbit to again swing close to Earth.

To survive that length of time, “you’re going to need food, and we’re going to have to both take it with you and grow it,” said David Steitz, NASA’s acting deputy chief technologist.

Steitz spoke at the Lancaster Chamber’s Agriculture Industry Banquet on Tuesday, one day after NASA’s InSight robot sent confirmation that it had landed on Mars.

While in space, today’s astronauts can choose from 24 premade meals. Naturally, those selections get old pretty fast for someone spending months at a time in space, Steitz said.

A more efficient way to feed astronauts would be 3-D print food for them. Using powdered nutrients, robots can customize orders to meet anyone’s dietary needs. NASA even has 3-D printed a pizza.

The space-age pizza got a big thumbs-down from astronauts, who would love to eat more fresh food, especially produce, while in space.

NASA is trying to make that happen.

“If you’re going to be with only five or six other people — for three years — in a confined space, we want to find as many ways to make you as happy as possible,” Steitz said.

Lettuce is already being grown on the International Space Station, and NASA is keen on hydroponics and greenhouses.

One of the agency’s corporate partners has developed a fertilizer that interacts with a computer system to determine how much nutriment to release.

NASA is even looking at using living organisms to eat problematic chemicals in the Martian soil and turn it into arable land.

Over its 60 years of existence, NASA has sent monkeys, spiders, carp and rodents into space, but don’t expect astronauts to be milking cows on Mars any time soon.

Transporting bulky farm animals with big appetites probably won’t be practical unless space travel becomes a regular occurrence, and that could take a century.

“Cows are not efficient animals for space,” Steitz said.

Even so, earthbound food producers are already benefiting from NASA’s discoveries.

For farmers, specialized aerial imaging could be a game changer.

NASA saved a vineyard hundreds of thousands of dollars by identifying cases of vine rot that were not visible to the naked eye.

It also flew a craft over a large coffee plantation to help workers harvest berries at optimal ripeness.

Coffee is normally harvested all at once, meaning some of the crop is usually off-peak and of reduced value.

One thing NASA likely won’t be doing to help farmers is control the weather.

Humans have far too little data to do that, Steitz said, and the strategies so far proposed — such as nuking a hurricane or spewing incredible amounts of pollutants out of airplanes to cool the earth — would have worse consequences than the problems they would solve.

Still, Steitz is an optimist and a fan of big plans.

“We have to be thinking long term because that’s what great nations do,” Steitz said.

He’s in the right business.

NASA probably won’t have all of the technology in place to send a human to Mars until the 2040s — a project that includes building a permanent base on the moon as a stepping stone.

While space farming could one day help astronauts survive 36 million miles from home, Steitz argued that earthling aggies allow the space program to exist at all.

“We can’t go to the moon, we can’t go to Mars, we can’t explore the cosmos without the basics of life here on earth,” he said. “And that starts with food.”